I enjoy visiting Jackie Gleason's grave, although I wish he were still around in person.  He was one of my favorite entertainers and actors. 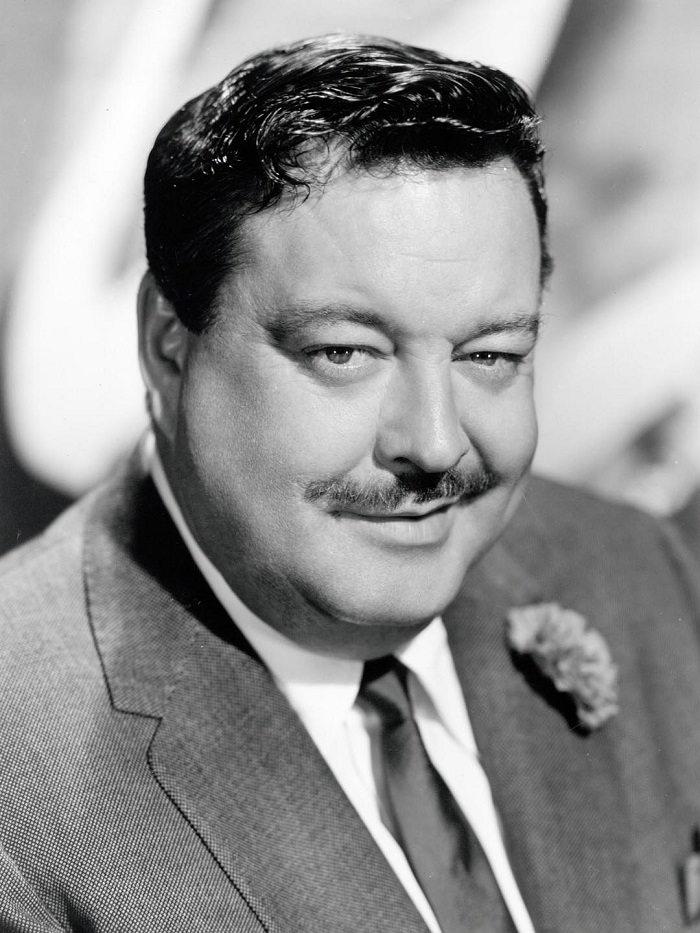 Jackie Gleason made big news back in 1964 when he moved to Florida and brought along all of his television production facilities from New York City and set them up in Miami Beach.

The story was that he made the move because of his love for golf.

He wanted to play the game all year long, so he built a home at Inverrary Country Club in Lauderhill, Florida. He lived in that home for the rest of his life. 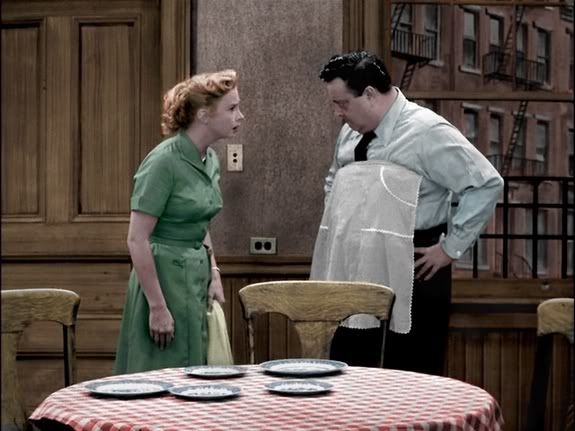 Audrey Meadows and Jackie Gleason in The Honeymooners

For those of us a certain age, Jackie was as big a star as there was back in those days.

He was famous for his television shows, including the priceless skits known as "The Honeymooners" where he played the long suffering bus driver Ralph Kramden.

Audrey Meadows played his equally long suffering wife, Alice.  He frequently threatened her by shaking his fist at her and growling "To the moon, Alice." 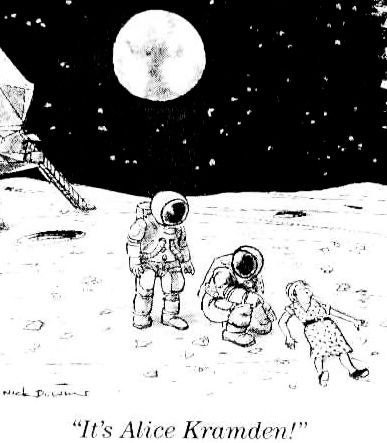 Gleason was so typecast in that role that many people forget he started his television career as Chester A. Riley on "The Life of Riley".

His television program, "The Jackie Gleason Show," was very popular from the mid 1950s through 1970.

He was also an accomplished band leader and recorded many albums.

He was also exceptional as an actor. Many remember him as "Minnesota Fats" in the movie "The Hustler" with Paul Newman.

He also played the role of Sheriff Buford T. Justice in the "Smokey and the Bandit Series" from 1977 into the 1980s. 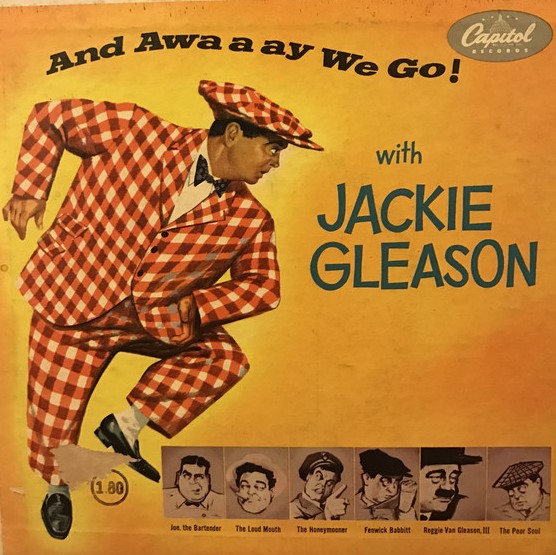 In addition to television and movies, he also was a music composer and orchestra conductor.

His first album, "Music For Lovers Only," holds the record to this day for being listed the longest on Billboard Top Ten Charts.  It was in the Top Ten for 153 weeks.

Among his expressions that became well known were "How sweet it is"  and "And Away We Go!".

Jackie was quite a guy who lived life to the fullest.  He died in 1987 at home in Florida.

He is honored in many places in south Florida, including the Jackie Gleason Theater in Miami Beach. 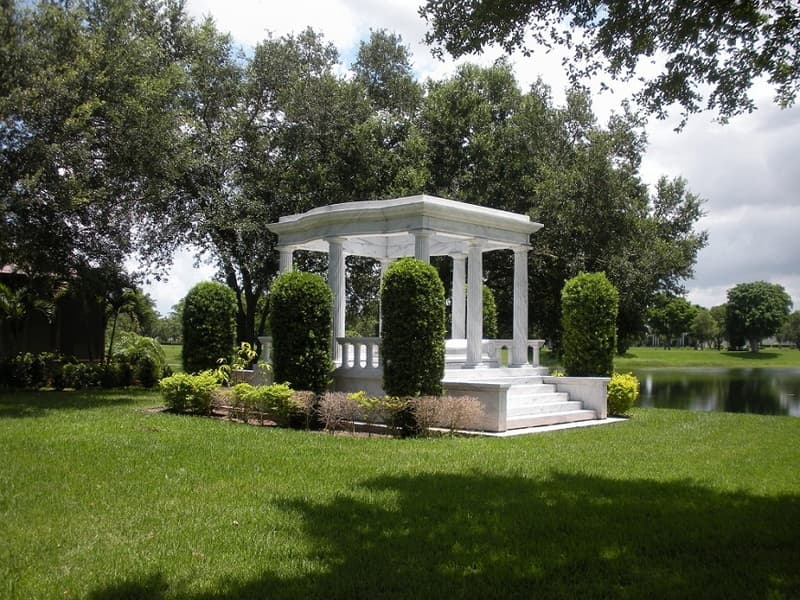 His grave site is in the Doral area of Miami, almost out to the turnpike, in Our Lady of Mercy Catholic Cemetery. 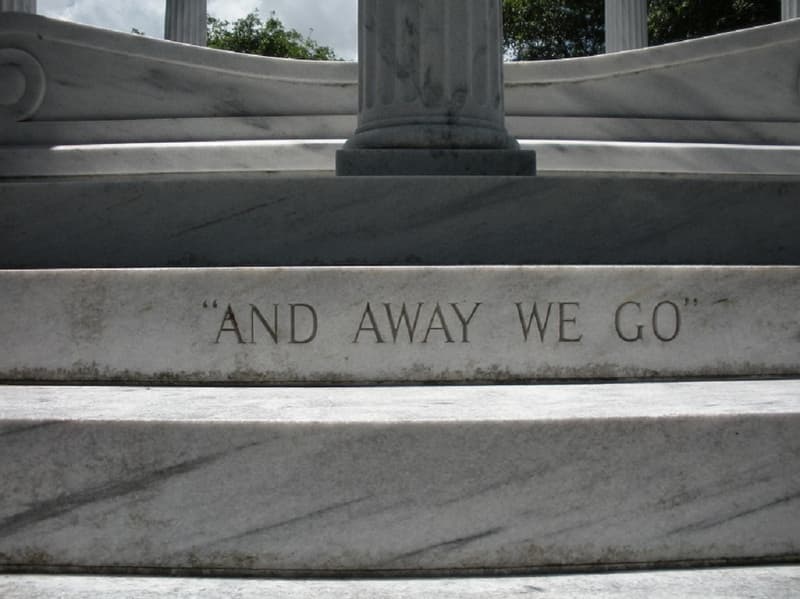 His monument is accessible and you can see his very appropriate epitaph: "And Away We Go".

We have new beautiful pictures of where Jackie Gleason now resides. How can I send them to you or where can I upload them for this site.  Thank you in advance.

Linda
Our Lady of Mercy Cemetery

Linda, the website has limited capability for uploading photos. You can send them to me at mike@florida-backroads-travel.com. I assume you are not a permanent resident of Our Lady of Mercy Cemetery.  Do you work there?

The Greatest Legend
by Bob W.

An artist who made you laugh and cry. He had a great serious role as Gigot.  May he rest in peace.

Never ever missed a show or special.

One of Gleason's ex-wives, Beverly Gleason McKittrick, said in multiple interviews that Gleason once came home late at night in 1973 appearing badly shaken.

McKittrick said her husband told her he had been taken to see President Richard Nixon. Nixon took him to Homestead Air Force Base in southern Florida, where Nixon allegedly showed him the small bodies of dead aliens that were stored there..

I heard from a friend of mine who used to work in a Fort Lauderdale Radio Shack that Jackie Gleason was a serious ham operator. He had quite an elaborate layout in his Inverarry home, and like to chat with people all over the world.

William Gleason was one of the earliest pioneers of south Florida after the Civil War. He was the founder of Lemon City. I wonder if he was related at all to Jackie Gleason?

Jackie Gleason was fascinated by UFO's. In fact, he even built a house in New York state shaped like a flying saucer. While he was living in Miami, he came home one night looking like he had seen a ghost.

When his wife asked him what was the matter, he told her President Nixon took him to Homestead AFB to show him aliens on ice they had retrieved from a UFO crash.

Jackie Gleason gave the Miami Seaquarium's Hugo the Killer Whale a lecture on obesity after he lost 40 pounds.