NALCREST and the former FEDHAVEN

Nalcrest and Fedhaven are located on a stretch of Florida State Road 60 that runs 45 lonely miles between Lake Wales and Yeehaw Junction.

There are thousands of acres of cattle land on both sides of the road, and few developments and populated places.

About 11 miles east of Lake Wales, you will come to a road heading south, Doherty Road.  For almost 50 years, a sign there pointed the way to the two communities of NALCREST and FEDHAVEN.

Fedhaven changed its name recently to Lakeshore, but it's still the same place it always was although it suffered a lot of damage from three hurricanes back in 2004.

NALCREST is an acronym that stands for National Association of Letter Carriers Retirement, Education, Security and Training.

It's a good thing they came up with the acronym:  the long name would not fit on the entrance sign.

It was designed and built by the union that represents letter carriers of the U.S. Postal Service.

Ground was broken and construction started on NALCREST back in 1962. It is a community of garden apartments on a couple of hundred acres on the north shore of Lake Weohyakapka.

All residents of this community have to be retired members of the National Association of Letter Carriers.

A funny thing about NALCREST is that mail is not delivered to individual apartments; residents have to walk to the local post office to get their mail. 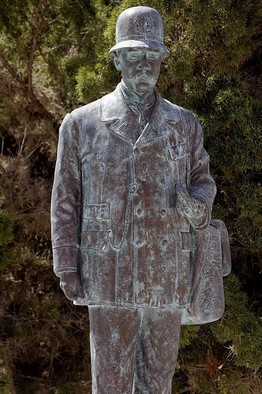 Nearby Lakeshore was called FEDHAVEN for most of the years since it was built. It is about one mile east of NALCREST and was developed as a retirement community for retired federal employees.

FEDHAVEN was built about the same time as NALCREST.  It was eventually sold to private developers who changed the name to Lakeshore.

Take a look. At least you'll be able to say you saw these unusual little Florida retirement communities.

Our family stayed at Fedhaven during the 60's. My dad was an active postal carrier and they invited those active employees to come check the place out.

I remember the pool and community center and small cafe. I remember the crazy lady who handfed an alligator she called Nicodemus!

After living in Florida for the past 15 years. I'm surprised she didn't lose body parts! You also had the use of small motor boats in the small lagoon.

Old Memories of Fedhaven
by: Anonymous

My grandma was a resident in the late 60's early 70's. I remember walking to the island and feeding the squirrels, if you didn't have food they would follow you around.

I also remember a resident feeding chicken to a small alligator, coaxing it out of the water saying "come here honey".

I remember visiting in August of 1971 and going to the Kennedy Space Center and seeing Apollo 14 on the launch pad. That same trip we went to WDW but it didn't open for another month so they showed us a movie of it's construction.... what a bummer for a 12 year old.

We believe we saw it on the road as we passed. Is the statue still there?

It was there a year or two ago. It's not directly on SR-60, however, it's down in the community itself.

Nalcrest is a hidden paradise in central Florida.

The people there are very friendly and helpful. My wife carried mail and brought me to PARADISE.

It is amazing that the senior retirement apartment community would have damage by a hurricane being right smack in the middle of the state.

We were down there as a family in the 70's & 80's. I remember riding my grandparent's 3 wheeler around the lagoons & down to the center, swimming and having a lady teaching me how to float.

We spent Christmas down there in the 70's, that was something. Frogs croaking, lizards inside the apartment, crickets  chirping, seeing alligators too.

In 1980 I was down there for 1 month attending a trade school in Kissimmee at Southeastern Academy and spent weekends at my grandparents. I visited a lot of the attractions down there. Had a great time!

My Grandpa and Grandma Stoops lived here for a while when I was a kid. I loved visiting them and riding bikes around the lagoons, swimming in the pool, playing shuffleboard, dances and dinners at the community place.

I remember a lady I think was a reporter for the little newsletter. Her name was Kit. I remember a man named Eddie at the swimming pool. He always had a white float belt of some type around his waist and sang a song about Dan Dan.

I learned to swim from a lady visiting her parents who was an actual Olympics coach. I remember the alligators roaring at night and getting our pictures taken standing right next to them. Great memories!

Deena, thanks for sharing the memories about Fedhaven. You are the reason we publish these little stories about places that are mostly forgotten: because we know that some people will remember, and those that don't might be interested anyway.

This is a great thing. Thanks for giving the time to share such nice information.