Paisley is a small unincorporated village of less than 1,000 people on Lake County Road 42 about 56 miles north of Walt Disney World.

It is the place where Walt Disney's ancestral roots were first planted in Florida. 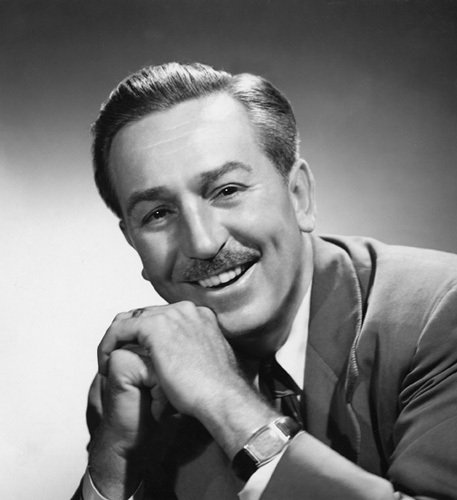 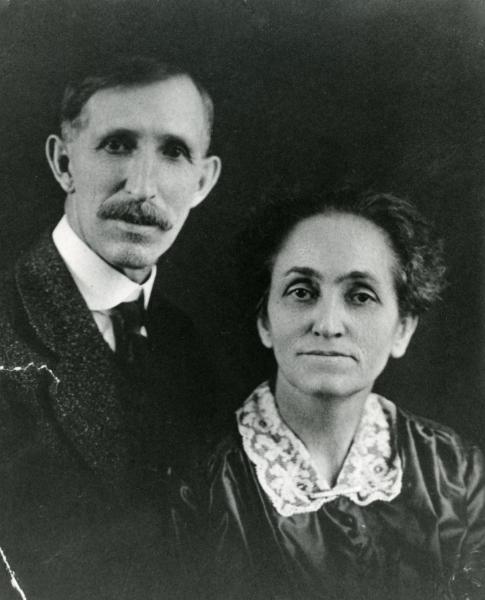 CR-42 meanders along the southern edge of the Ocala National Forest, and is a pleasant drive along heavily forested rolling hills.  Paisley is located between Altoona and DeLand. 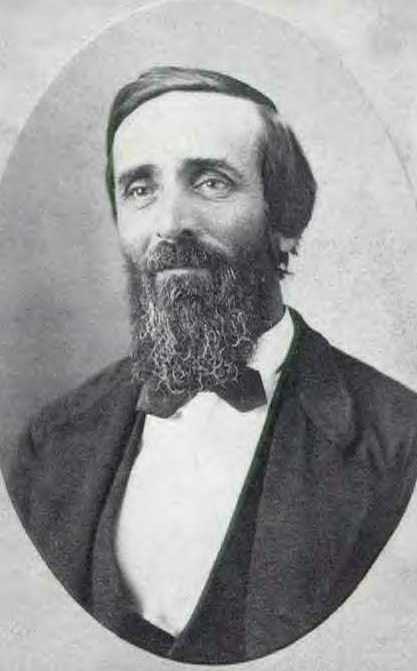 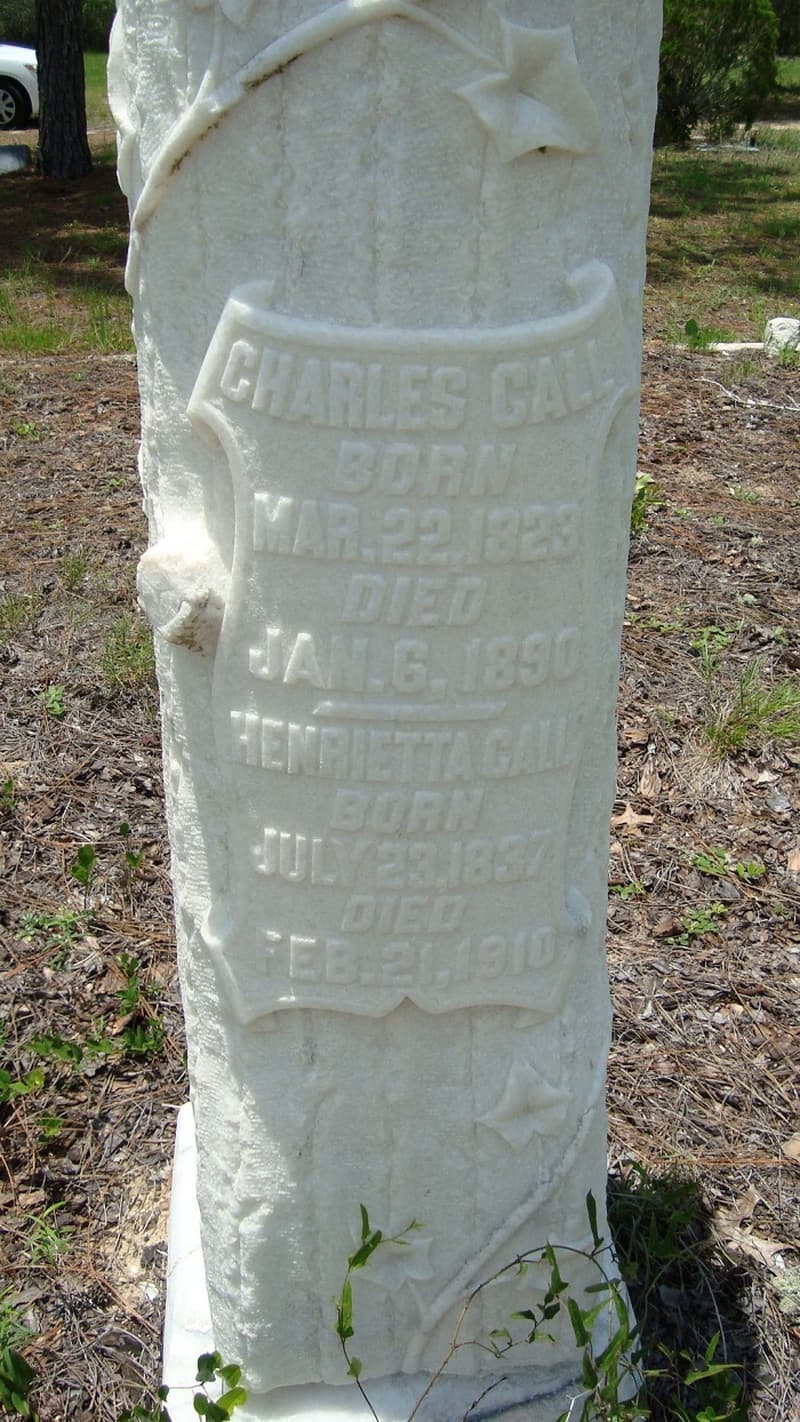 Paisley is in the area where Charles Call lived, Walt Disney's grandfather. Mr. Call was a teacher and a farmer.  His wife was Henrietta and his daughter was Flora. 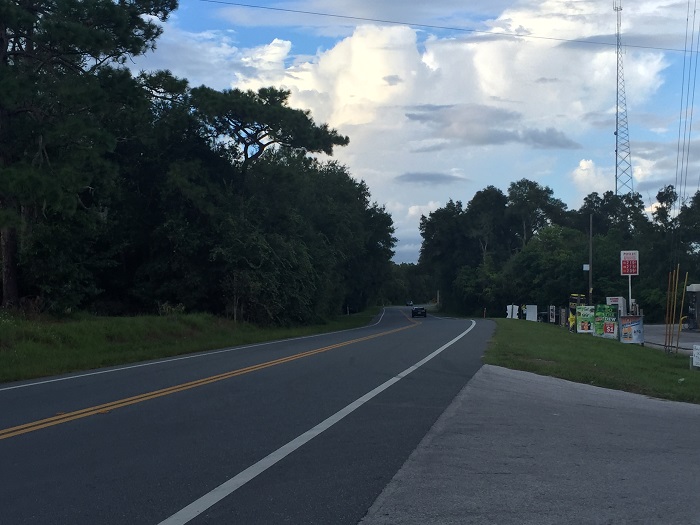 There is not much to see in the little village of Paisley, but just west of town on CR-42 is the small Ponceannah Cemetery. 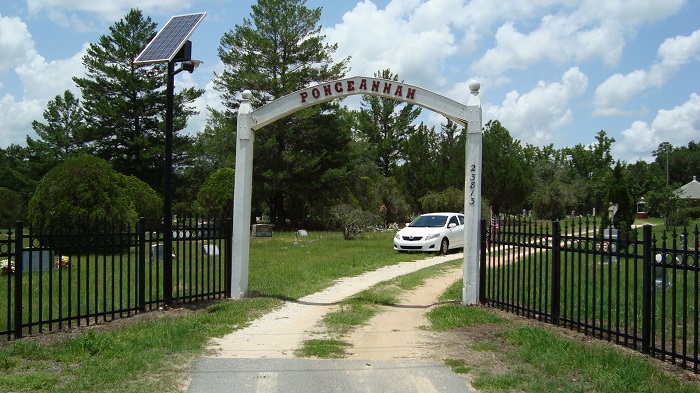 Ponceannah Cemetery Between Paisley and Altoona on CR-42

Charles and Henrietta call are buried side by side in this cemetery. Their  grave site is toward the back of the cemetery and is in the form of a vertical white stone log. 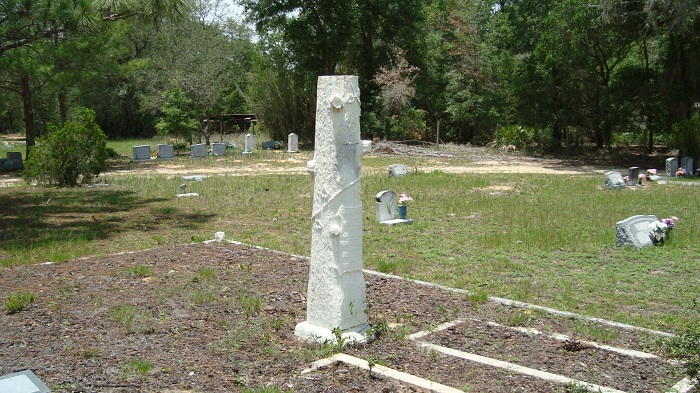 History tells us that Walt Disney's parents also lived in Florida long before they moved to Chicago where Walt was born.

Walt's father, Elias, married Flora Call on January 1, 1888, in Kismet, Florida.  Flora is the daughter of Charles and Henrietta Call. 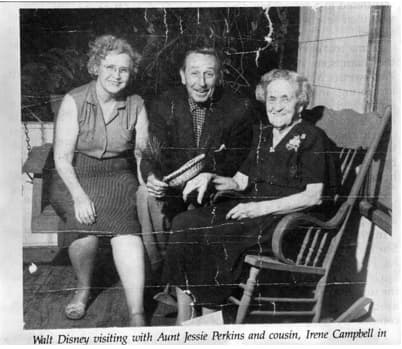 Walt Disney in the 1960s visiting his Aunt and Cousin in Paisley, Florida

Kismet is now a ghost town, but back then it was located north of Paisley in the Ocala National Forest. 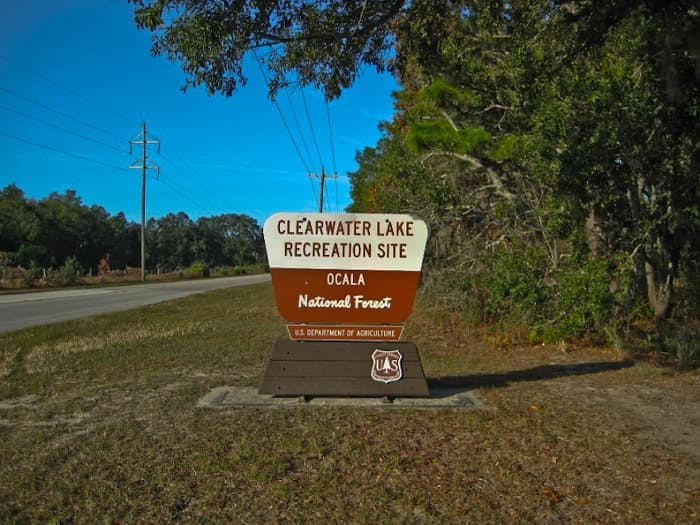 Another place worth visiting in the Paisley area is the Clearwater Lake Recreation Site run by the U.S. Department of Agriculture. The park has a swimming beach and a campground with 40 sites. 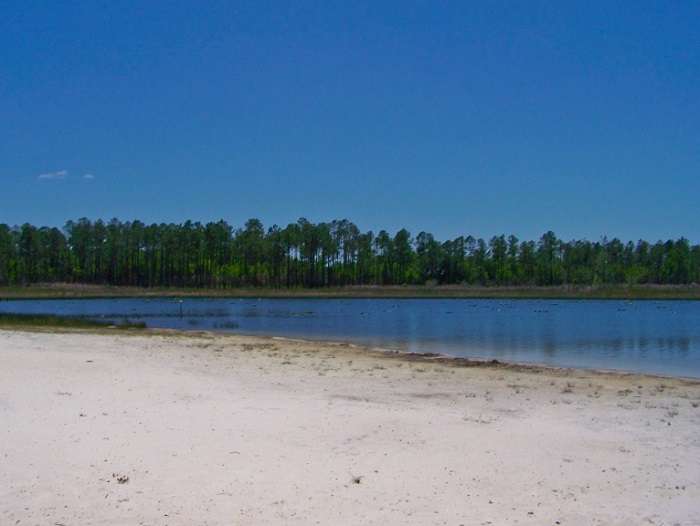 It is nature at it's unspoiled best, and never seems to be crowded. The last time I visited I saw a fawn walking across the road. It scampered away before I could photograph it. 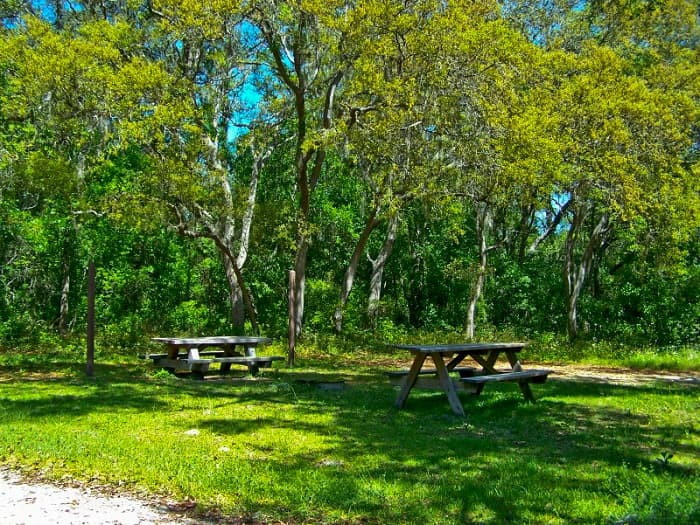 The ranger told me that 6 sets of twin fawns had been born that spring in the park woods.

Camping spots are only $18.50 per night, and the restrooms look clean and modern.

The campsites have no electricity, but campers can use generators until 10pm. 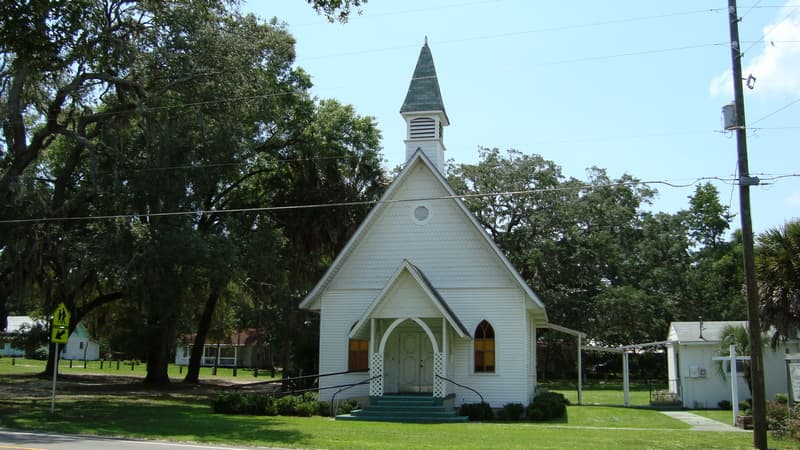 Altoona is a small nearby town west of Paisley at the intersection of County Road 42 and State Road 19.  It is quiet and charming.

Two interesting buildings in town are the Altoona School and the Altoona United Methodist Church.

Oct 05, 2019
Paisley-Umatilla
by: Anonymous
My parents lived in Umatilla near Paisley just south of Altoona on State Road 19. It is a small town which has grown some over the years. My Boy Scout troop has camped at the Boy Scout camp in Paisley. It is a nice camp for troops.  I didn’t know Walt Disney had roots in Paisley. Very interesting.

Jun 20, 2019
Paisley Today 2019
by: Anonymous
Since this post about Paisley it has changed a little. We still have the camp grounds and the boy scout camp. But we now have a Dollar Store and a new restaurant just opened this past week.  I encourage anyone to come and camp, and you won't have to leave Paisley for a good meal. But still enjoy the peace and quiet quaint town. And don't forget our wildlife.

Oct 17, 2017
Ironic
by: Nancy
How ironic that Walt Disney paved over a huge plot of land to build unpeaceful, unquaint, over commercialized Disneyworld. How touching that his maternal parents chose such a small, peaceful place to live. The contrast is so bizarre! Disneyworld is too much for me, everything about it, including the prices. I never liked it from its inception, too much ruin of a once peaceful part of a former beautiful state! Oh, ecology!

Oct 16, 2017
Clearwater Lake Campground
by: Anonymous
We have camped many times in the campground. It is a wonderful friendly place. There is great single track biking there as well. Many fond memories.

Apr 01, 2017
Many Christmas Vacations Spent in Paisley
by: Anonymous
My Grandfather had a cottage on Fisherman's Road. Sure had some great memories from there. I now have a winter home in Tavares, still visit Paisley every year. There were only 3 houses on that whole road back then.

Oct 28, 2016
So close to peaceful
by: Bob Reaser
I spent a few summers in paisley working at the Boy Scout camp I liked it so much I moved just 20 minutes west of there.

Apr 24, 2015
Fond memories of Paisley
by: Anonymous
My grandmother was a snowbird and owned a place in a development called Deerhaven in Paisley. We moved to Florida 18 years ago and built a home there. Our property bordered the Ocala National Forest and we had the joy of waking up to nature every morning. My grandmother has passed and we have since moved to South Florida, but that will always be my favorite place we have lived.

Jan 12, 2014
Floridian who lived in Paisley
by: Anonymous
My dad used to work for the National Forest Service and he told me long ago that Walt Disney used to play there and visit his grandparents there in the summers. It was not well known then, so I felt special knowing! I thought he loved Florida so much that's why he created the World!

Dec 10, 2013
My DNA is linked to Maternal side of Walt Disney
by: Anonymous
I've learned, through DNA testing on maternal side of my ancestors, that Walt Disney was a distant cousin to my great grandmother, Margaret Ann Dickens of Halifax County, NC.  What a revelation! Creative thinking and vivid imaginations must be inherent within this gene pool.  Happy to have learned this bit of genealogy trivia.