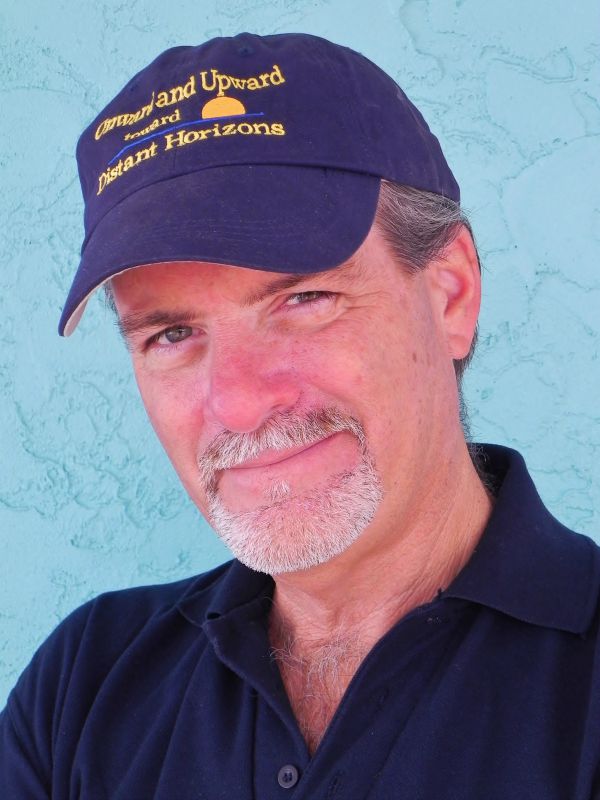 Robert has been guest author and lecturer aboard the Queen Mary 2 and her sister Cunard Queens, the Silversea fleet, and other luxury ocean liners.

He appears at venues around the United States as well, speaking on forty-eight topics featuring subjects on maritime history and writing.

His defense consultant work included a decade of annual projects for the U.S. Army Center for Analysis, where he was named a “Distinguished Author”.

He has conducted many briefings to the Office of Naval Intelligence, the National Geospatial Intelligence Agency, U.S. Southern Command, U.S. European Command, NATO headquarters, and other organizations.

Mr. Macomber grew up on the waters along the southwest coast of Florida. By age seventeen, he was an offshore racing skipper and raced for the next thirty-two years in Florida, the Bahamas, and Mexico.

When not traveling the world on research treks, lecture tours, or book signings, he lives on Pine Island, the same coast where he grew up.

When not writing or researching, Robert enjoys sailing among the more remote islands of Southwest Florida and cooking the exotic cuisines from his novels.

In addition to the cadre of work below, here’s a short list of some media attention he’s received:

Best known for his novels in the Honor Series, Mr. Macomber’s popular maritime thrillers describe the life and career of a U.S. naval officer, Peter Wake, from the Civil War in Florida to the Great White Fleet in 1908.

From 1882 on, Wake works with the Office of Naval Intelligence, America’s first espionage agency, on missions around the world.

These maritime escapades highlight the U.S. Navy’s critical role in the expansion of America from a continental country in the mid-19th century to a global power in the early 20th century.

There are 22 novels planned in the series. Robert has loyal, enthusiastic fans around the world, who have named themselves "Wakians", after the main character of the series.

Through these novels, Mr. Macomber illuminates significant events of world history, which served as the foundation for the world as we know it today.

His first novel in the series (At the Edge of Honor) won the 2003 Patrick D. Smith Literary Award for Best Historical Novel of Florida.

To date, the following are available:

Learn more about his Florida book signing appearances, lectures and other work by visiting his website at Robert Macomber.