Surfside, Florida Things To Do, Lodging, Dining, & Real Estate At End Of Article

Surfside, Florida is a small town on the Atlantic Ocean in the Miami metropolitan area. 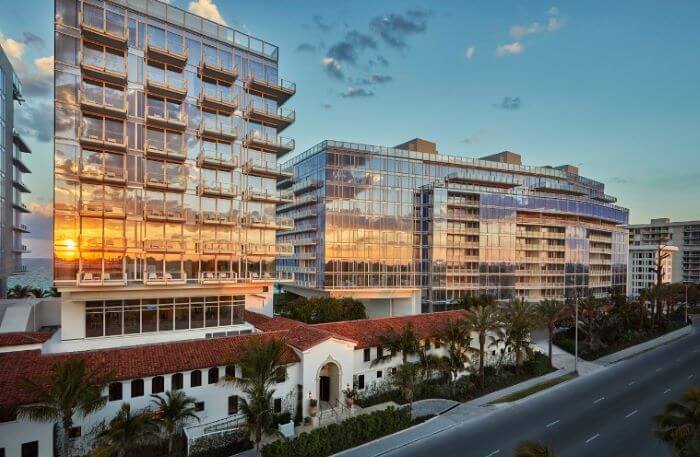 View of the Four Seasons Surf Club on Collins Avenue

It is tucked in between the town of Bal Harbour on the north and the North Beach neighborhood of Miami Beach on the south.

The history of Surfside, Florida began with a private club on the beach that was founded in 1930.

The Surf Club began its storied existence on New Year's Eve in 1930.

It was the brainchild of tire tycoon Harvey Firestone and Carl Fisher, the developer of Miami Beach.  They and some of their friends hatched the idea of creating an exclusive club.

Membership was open only to men, and the charter members were composed of prominent businessmen from around the United States. 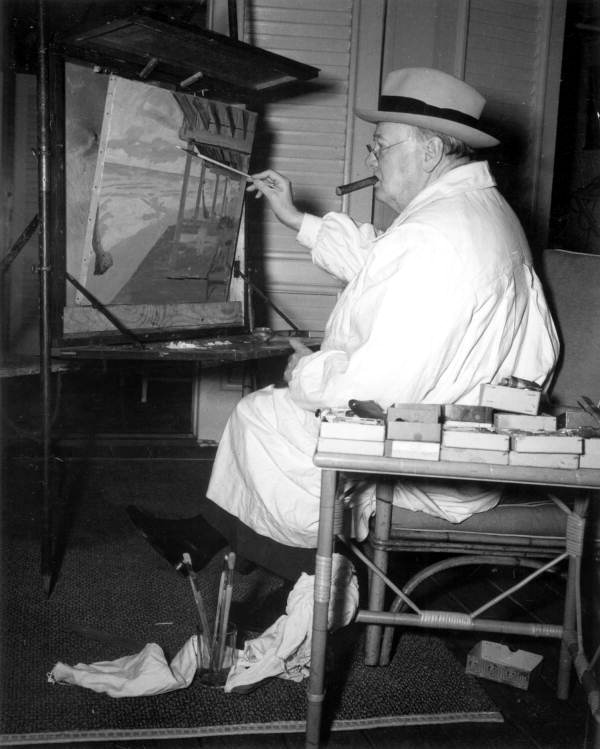 The club was visited by hundreds of famous business people and celebrities in its heyday.  Many had their own beachfront cabanas that were lavishly decorated. 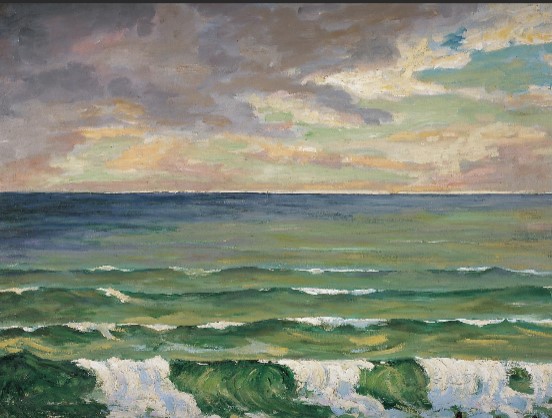 The club hosted many parties, balls, automobile shows, and other events involving high society over the years.

SURFSIDE, FLORIDA AND THE NUMBER 35

The number 35 has significance in Surfside because in 1935 the town was founded by 35 members of The Surf Club.

Like much of South Florida, Surfside really began to take off in the years after World War Two.  The beach hotels of South Florida had been housing for Army soldiers during training for the war.

Many of them came back to Florida and the population began its steady growth. 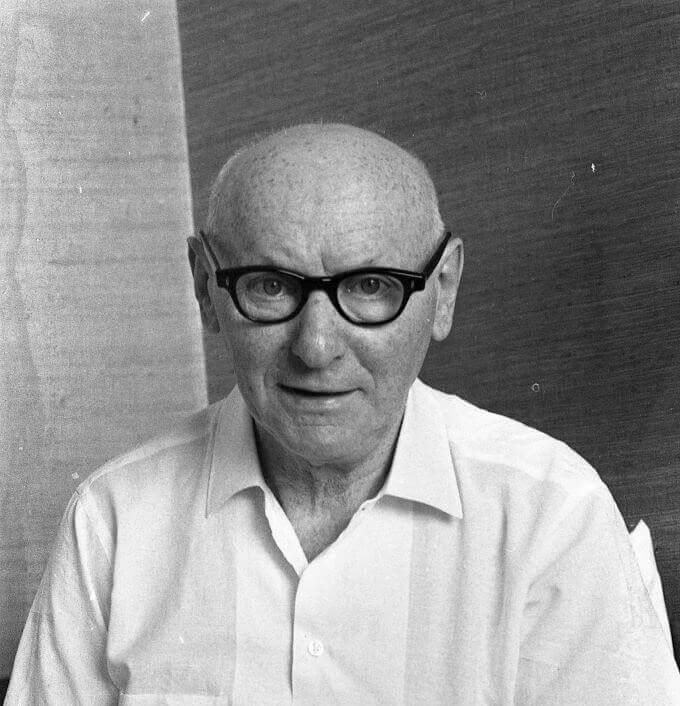 One of Surfside's most famous residents was Isaac Bashevis Singer.

He was a Nobel Prize winning author who focused on Jewish and Yiddish culture.

The building at 9511 Collins Avenue is now a Literary Landmark, and the Town of Surfside also renamed 95th Street "Isaac Singer Boulevard."

The Surf Club at 9011 Collins Avenue is still a prominent factor in the life of Surfside. 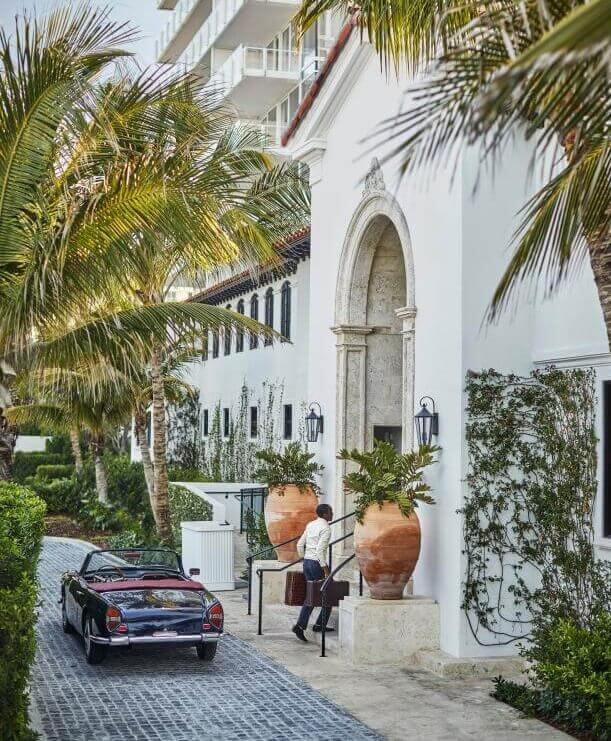 The Entrance to the Four Seasons Hotel at the Surf Club

It was modernized and expanded with condominiums and hotel buildings in the mid 2000s, but much of the original ambience was preserved. 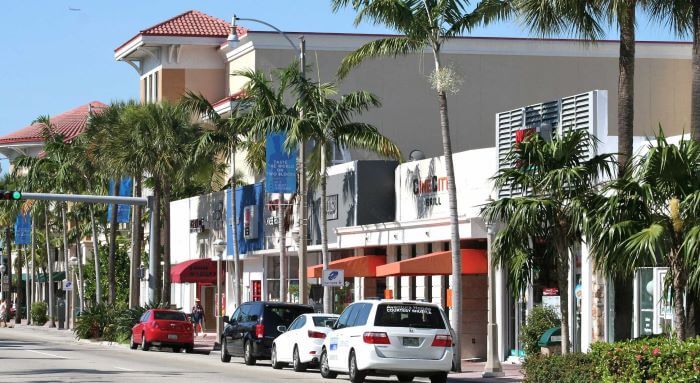 Surfside is a very walkable town.  It is only about one mile long (8 blocks) and a half mile wide.

The town has six public parking lots that are open 24 hours a day, 7 days a week, and have parking meters.

This is a great town to park your car and spend the day on your feet.

The parking lots are located at: 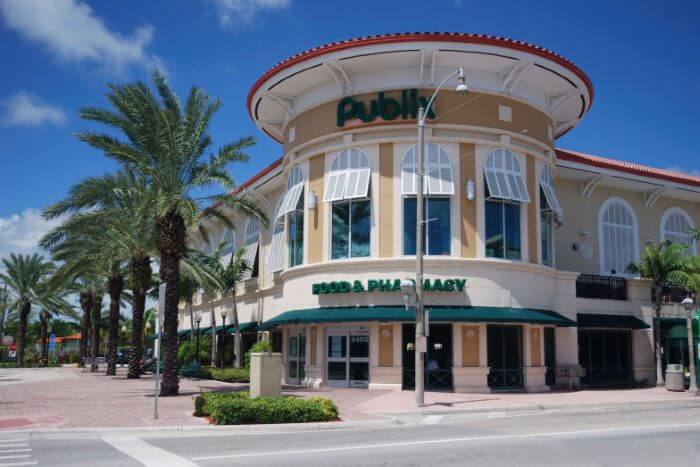 Publix on Harding Avenue in Surfside

There are two main north-south thoroughfares in Surfside: Collins Avenue which is State Road A1A along the ocean, and Harding Avenue one block west. 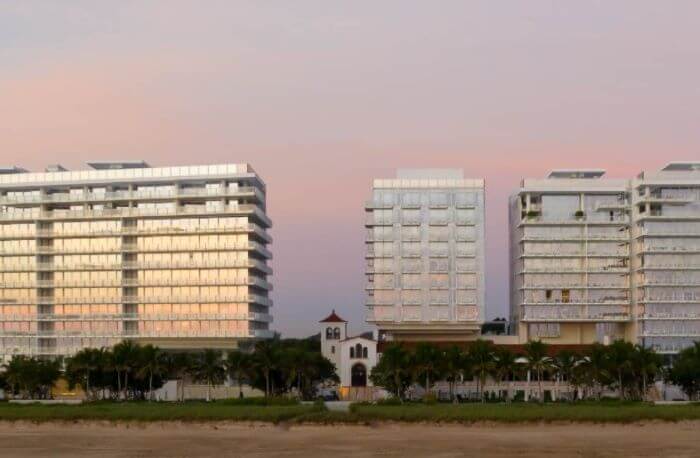 View of The Surf Club from the Atlantic Ocean

Almost all of the high rise condominiums and hotels are on Collins Avenue and the east side of Harding Avenue.

The neighborhoods west of Harding Avenue are single family residential.

The far western side of Surfside fronts on Indian Creek, an arm of Biscayne Bay.  Most if not all of these homes are single family residential, with no condominiums.

Surfside is very protective of the Florida Loggerhead Sea Turtle. They have come up with a unique way of making people aware of the cause of Sea Turtle conservation. 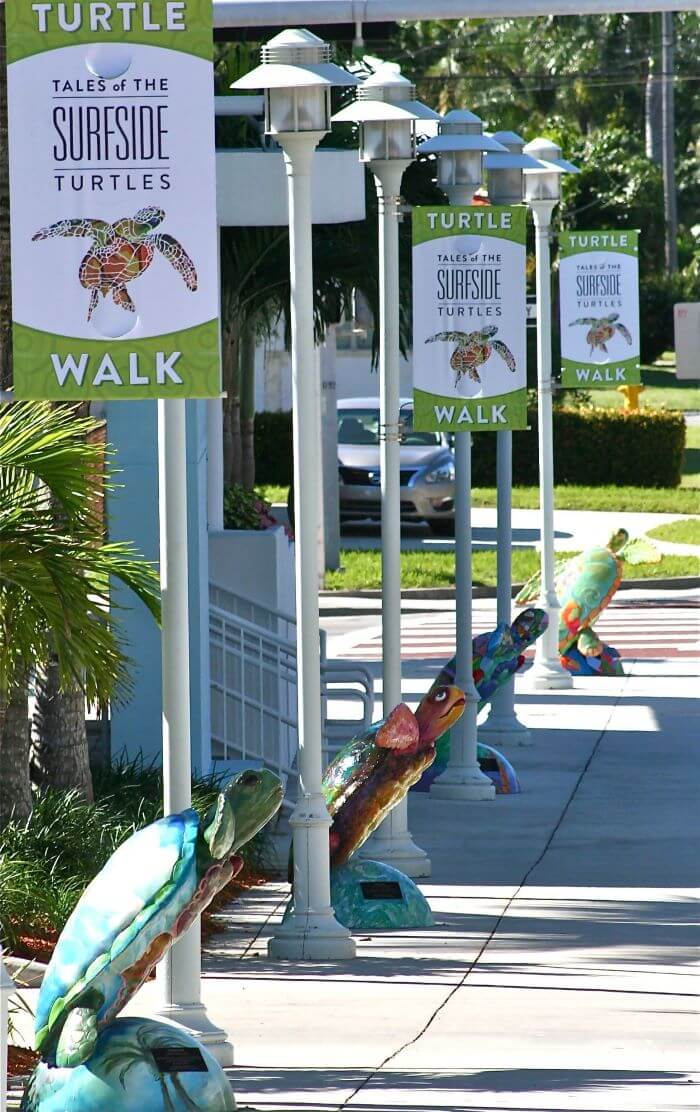 The "Turtle Walk" is on 93rd Street between Collins Avenue and Harding Avenue.  There are 18 turtle sculptures along the walk.  Each has been painted by South Florida artists. 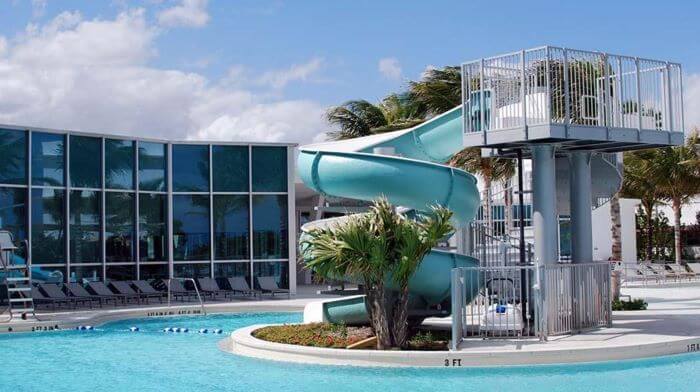 The Surfside Community center is open to the residents of the town as well as hotel guests.

The center includes a swimming pool, plunge pool and slide, children's pool, and a Jacuzzi.

There is also a snack bar and grill.

The beaches have white soft sand and are not as crowded as beaches to the north and south of the town. 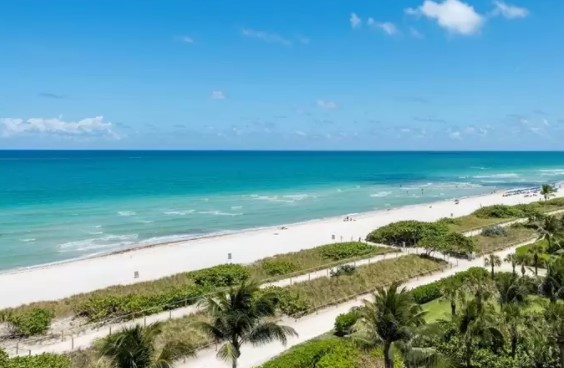 There are double paths along the ocean in front of the condos and hotels where you can walk or ride your bike.

One of them is the Surfside Walking Path.  The paths parallel the beach for the entire 8 block long length of the town.

BAL HARBOUR SHOPS NEXT TO SURFSIDE

Although not in Surfside, the upscale Bal Harbour Shops touch the northern city limit.

The shopping mall also has a host of good restaurants including Carpaccio,  Hillstone,  Makoto, and Cafe' en 3.

There is a bridge on the southwest corner of Surfside on 91st Street that leads to the very exclusive island community of Indian Creek. 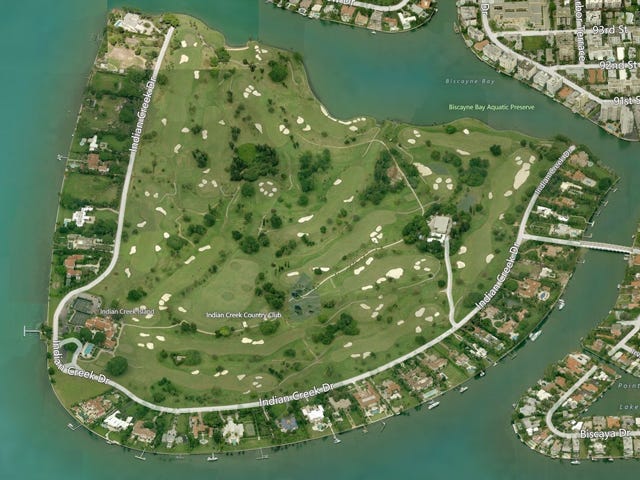 The Town of Indian Creek

Indian Creek has only 35 homes, all of them on the shoreline of the island with views of Biscayne Bay.  The interior of the island is a country club and 18 hole golf course.

According to Zillow, the average value of a home in Indian Creek is $21.48 million.  This is why the town has the nickname of "Billionaire Bunker."

ALL ABOUT SURFSIDE, FLORIDA

SURFSIDE THINGS TO DO

Champlain Towers South at 8777 Collins Avenue partially collapsed on June 24, 2021.  The collapse caused 98 deaths, making it one of the worst structural building failures in the history of the United States.