Umatilla, Florida Things To Do, Lodging, Dining, & Real Estate At End Of Article

Umatilla, Florida has a population of about 4,000 and is located on State Road 19 in Lake County.  The town is about 40 miles northwest of Orlando. 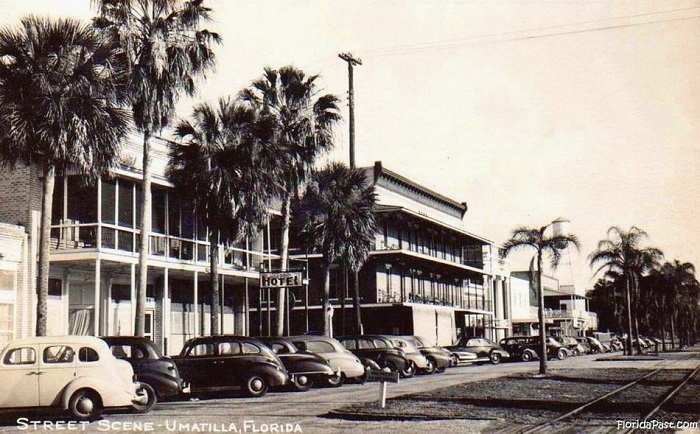 Downtown Umatilla in the 1940s

The town name is pronounced as in Yuma, Arizona.

It is sometimes known as the "Gateway to the Ocala National Forest" since the 387,000 acre forest is located only a few miles north of Umatilla.

Nathan J. Trowel founded Umatilla in 1856, and the name of the town was registered with the U.S. Land Office in 1876.  The name was taken from the Oregon town of the same name.

Apparently a local resident had friends in the Oregon town, and he liked the sound of it.

In the language of the Native Americans in the Pacific Northwest, the word means "water rippling over sand." 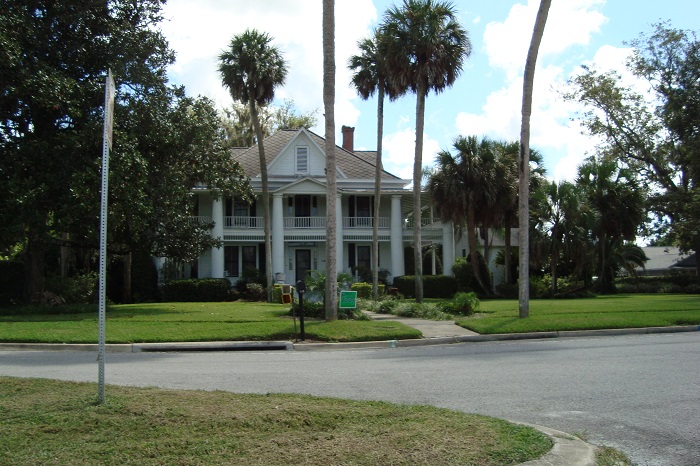 One of the main north-south streets in Umatilla is Trowell Avenue.  It is a boulevard that parallels and is just east of State Road 19.

In the years after the U.S. Civil War, most transportation in Florida was by the waterways of the state.

The area around Umatilla was reached by getting off a steamer in Astor on the St. John River and taking a wagon down to Umatilla and other towns in the area. 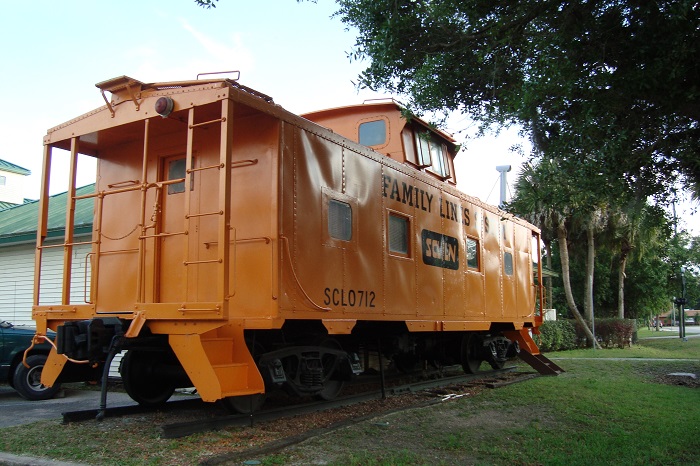 The railroad finally came to Umatilla in 1880.  The St. Johns and Lake Eustis Line connected Astor to Eustis, and Umatilla was a stop along the way.

In the early years, Umatilla provided a base for cattle ranchers and farmers in the area.

Some pioneers planted citrus groves, but most of them were wiped out in the Great Freezes of 1894 and 1895. 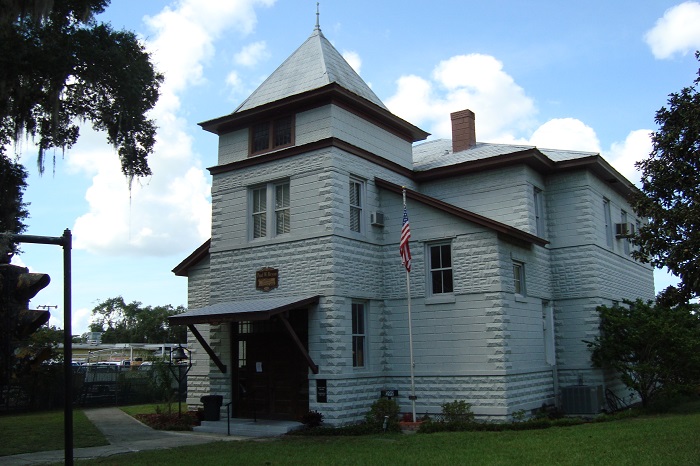 The town was incorporated in 1904, and by this time had a hotel, stores, school, citrus packing house, and a post office.

The twentieth century saw Lake County and the areas around Umatilla become one of the largest citrus growing areas in the United States. 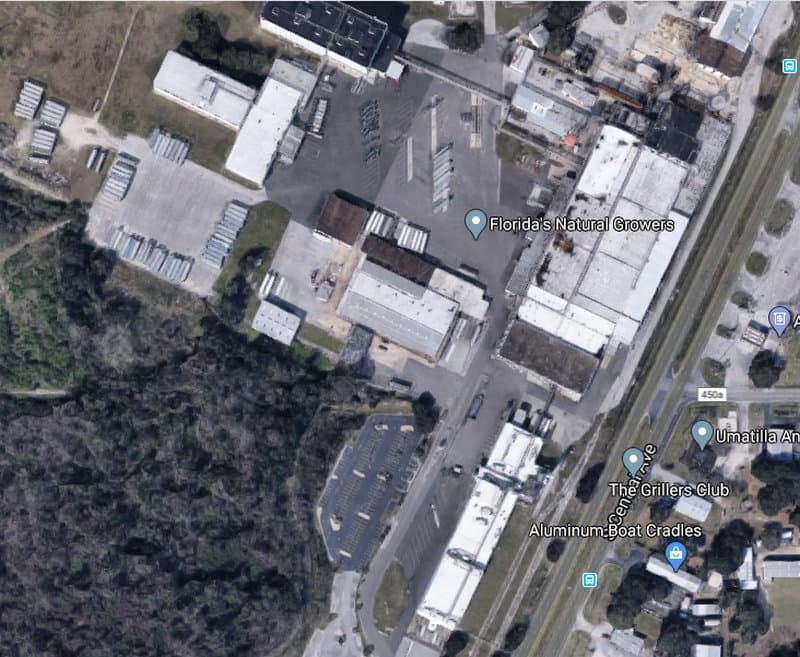 Umatilla became prosperous serving the needs of the citrus industry, with a huge packing and citrus processing plant becoming the town's largest business.

The plant still stands on the left as you enter Umatilla from the south on State Road 19. 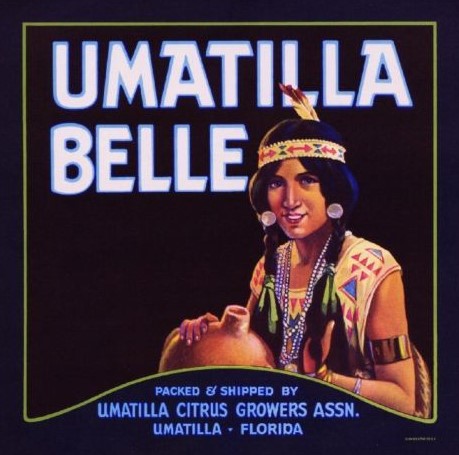 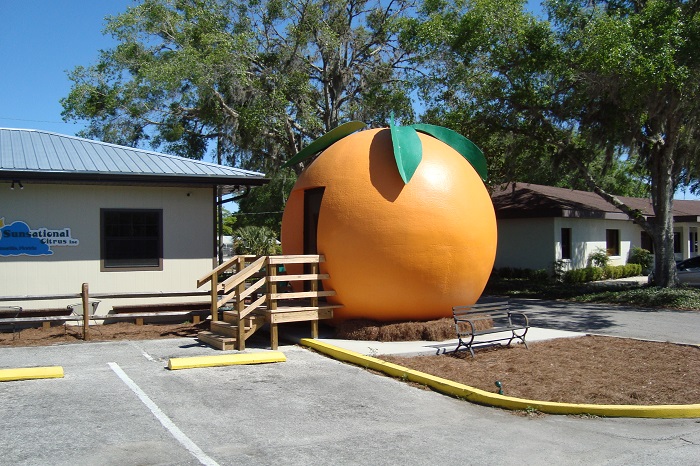 Some smaller local growers are working on making a comeback.  The orange juice stand shown above was at Sunsational Citrus and was formerly in Mount Dora for many years. The new owners restored it. 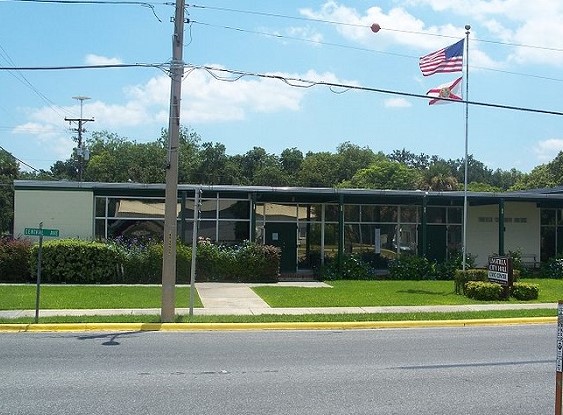 Although Umatilla is a small town, it has all the modern conveniences of larger places.

The City Hall is downtown, and there are many stores, restaurants, professional offices, and more. 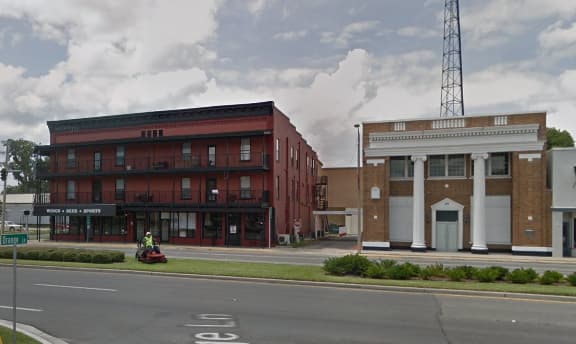 Umatilla has done of good job of preserving some of the old buildings that still line the main thoroughfare of State Road 19.

Most of these buildings are in daily use by various businesses.  The old historic 1910 schoolhouse now serves as a town museum. 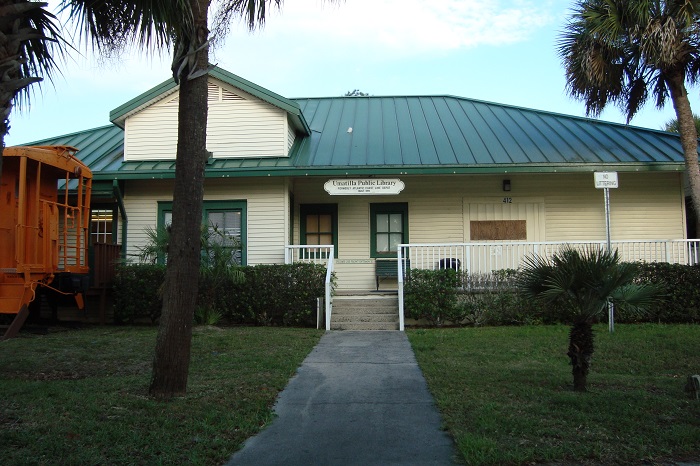 Umatilla has a small library that is part of the larger Lake County Library System. 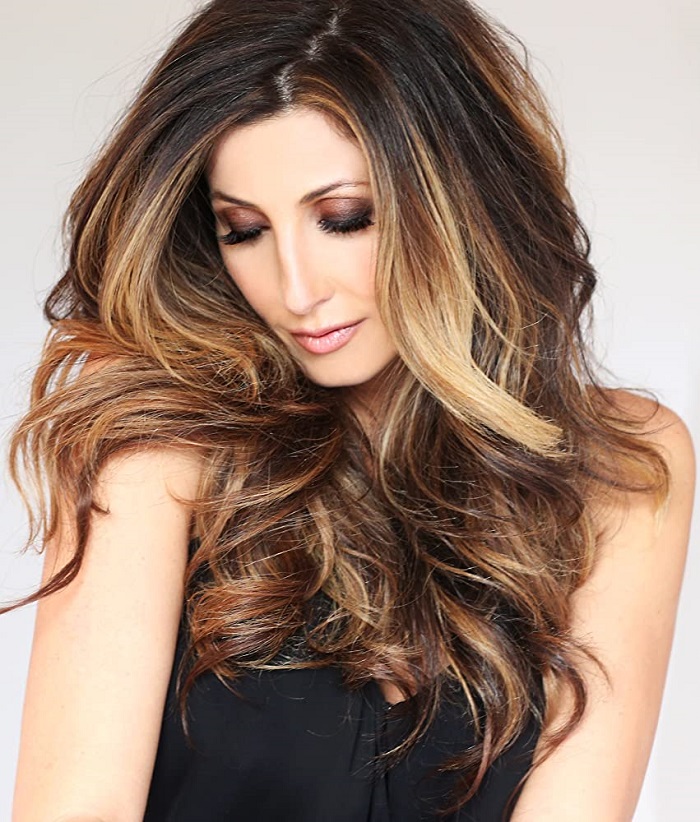 One Umatilla native who has achieved fame is Jaclyn Stapp.  She is a beauty queen, fashion model, and philanthropist.

She was raised in Umatilla as Jaclyn Nesheiwat, and graduated from Umatilla High School in 1998.

She has entered and either won or placed high in several beauty pageants, including Mrs. Florida America, Mrs. America, Miss New York USA, and others.

She even ranked 5th in Mrs. World, representing the country of her heritage, Jordan.  She has been the cover model for many well known magazines.

She also has brains, graduating from Stetson University with a Bachelor of Arts degree in Marketing and Communications.

ALL ABOUT UMATILLA FLORIDA

UMATILLA THINGS TO DO