Alas, Babylon is a best selling novel by Pat Frank that was published in 1959.  It is still very popular more than 63 years after it first hit the market.

The book deals with the effects of a nuclear war on the fictitious small central Florida town of Fort Repose. 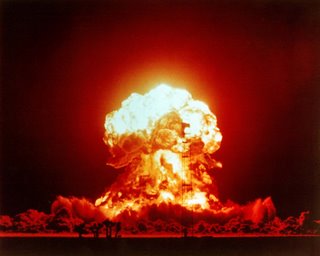 Many think Fort Repose is based on the actual town of Mount Dora, Florida.

Alas, Babylon is a code word between Mark and Randy, two brothers in the novel, and it means a major disaster is coming, like a nuclear war.

"Alas, Babylon" Is A Code From The Bible

The book's title is based on Revelations 18:10 in the King James Bible:

Standing afar off for the fear of her torment, saying, Alas, alas that great city Babylon, that mighty city! For in one hour is thy judgment come.

Randy is a Korean War infantry veteran. He ran for public office in Fort Repose after the war, but was defeated because he was a supporter of racial desegregation based on the U.S. Supreme Court 1954 decision in Brown vs Board of Education.

Randy's brother Mark is a Colonel in the U.S. Air Force intelligence service assigned to the Strategic Air Command. Mark sends Randy a telegram telling him that he is sending his wife and two children to stay with Randy in Fort Repose.

Mark also says that he wants to meet with Randy during a brief layover at McCoy Air Force Base in Orlando. Mark ends the telegram with the dreaded code: Alas, Babylon.

At McCoy, Mark tells Randy that the Russians are about to launch a nuclear attack on the United States. The Russians have perceived a weakness in our defense because of the "missile gap", and have decided it is their last chance to defeat us in a war.

Mark has learned this from a high ranking Russian military officer who recently defected.

The next day, Randy picks up Mark's wife Helen and the kids: Peyton and Ben Franklin. They begin to listen to the news on the radio and television and notice a heightening of tension and conflict between key nations.

They also learn of a lot of unidentified submarines and aircraft in the Mediterranean and North American waters. Randy knows that Mark would not have used the code word Alas, Babylon unless something dreadful was about to happen.

Events escalate, and soon one morning Randy and the others are awakened when the house in Fort Repose begins to shake violently. They see a glow to the south and realize that Miami has been hit by nuclear weapons.

Soon after, a violent flash in the west and a mushroom cloud show that Tampa has also been destroyed. Jacksonville and Orlando are also destroyed.

The residents of Fort Repose will forever refer to this day as "The Day".

Things begin to disintegrate in Fort Repose after The Day. Tourists are trapped in their hotels with no utilities. People make a run on the bank, but soon realize that money has no value.

The bank manager kills himself when he realizes that all he has in the world is money. Diabetics begin to die because there is no insulin in the drug stores.

Since there is no electricity, the only reliable source of information is a battery powered shortwave radio owned by Sam Hazzard, a retired U.S. Navy Admiral who lives close to Randy.

It is here that Fort Repose learns that the President of the United States and many other government officials were killed in a nuclear attack on Washington, D.C.

The acting president is Mrs. Josephine Vanbruuker-Brown, who had been the Secretary of Health, Education and Welfare. She is believed to be governing the country from Colorado.

She directs any surviving active-duty or reserve military officers to form local militias to keep the peace.

As Fort Repose society continues to disintegrate, many prominent citizens begin to fall apart or die. Some of them had looted jewelry that turned out to be radioactive and gave them radiation illness. Others turned into drunks.

An active barter situation begins to form in the town. Money is useless, but food, gasoline, ammunition, whiskey, coffee, salt and other basics are. 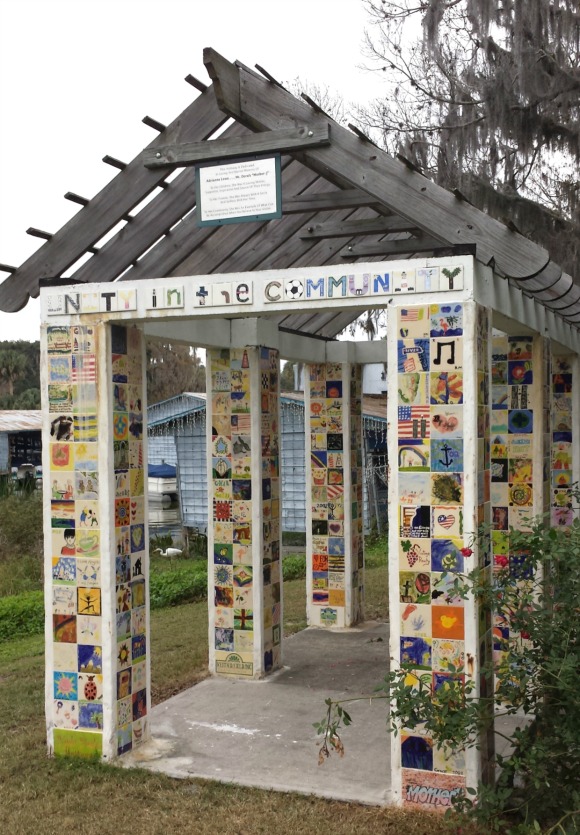 People post their wants and trading materials on pieces of paper they nail up on a post in the downtown bandstand. Examples of these posts are:

Randy organizes his neighbors to provide housing, food and water for themselves. They also form a militia to protect themselves from "Highwaymen", vicious thugs who stalk the roads and rob and kill people.

As an active duty reservist, he kills a couple of Highwaymen and hangs a third in the public park as a message to anybody who would try to rob and kill.

Finally, after many months, the Air Force comes to Fort Repose and offers to evacuate the citizens out of the area to other parts of the country. None of them accept the offer.

They have come to believe that the simple life they have built for themselves in Fort Repose is as good or better than they would face elsewhere.

An Air Force officer reveals that the U.S. won the war, but at a tremendous cost in death and destruction. The United States is now a third world power receiving aid from countries such as Brazil and Venezuela.

He also says there is nothing left of Jacksonville, Miami, Tampa and Orlando. There are two huge deep craters where McCoy Air Force Base and downtown Orlando once stood.

The officer tells them that it will take a thousand years to get the contaminated areas cleaned up and safe to occupy.

Alas, Babylon suggests that Fort Repose may now be the largest city in Florida.