Apalachicola, Florida Things To Do, Lodging, Dining, & Real Estate At End Of Article

Apalachicola, Florida is the county seat of Franklin County.  The population of this little town is about 2,500, and it is 80 miles southwest of Tallahassee on the Gulf of Mexico. 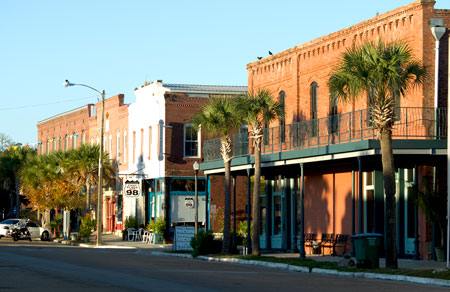 The name Apalachicola comes from the indigenous tribes who inhabited the area thousands of years ago.

The area was first called Cottonton because of a trading post that handled cotton, one of the agricultural staples of the area before the Civil War.

After that, it became known as West Point, and while Florida was still a territory in 1831 the town received its present name. 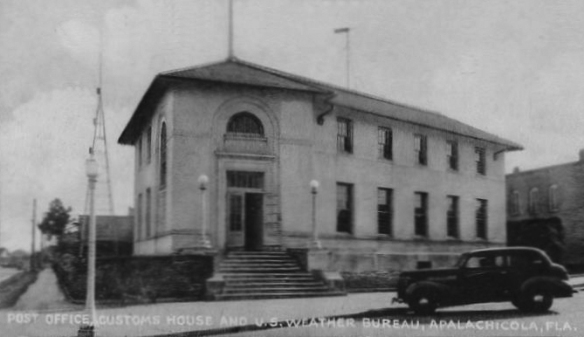 In the pre-Civil War years before the railroad reached the Gulf states, Apalachicola was the third busiest port on the Gulf of Mexico, ranking behind only New Orleans and Mobile.

Timber was the largest industry initially as the town grew, with an abundance of pine forests and cypress swamps, and the river was used for transportation of lumber and goods.

The town was in a strategic location during the Civil War and Union forces fought to close off this important southern port, to cut off commerce throughout the South.

After the war, as the town struggled to regain its economy, it was the timber industry that helped bring it back to life. This was aided further as the railroad became established in the early 1900s.

The town grew along with it, although this industry declined as the natural resources began to dwindle.

The seafood industry began in the mid-late 1800s, with what became known as the finest oysters in Florida and its excellent fishing. This is the industry that most shaped the town, and its maritime history and culture have remained throughout time.

In the late 19th and early 20th centuries, Greek immigrants established the sponge trade as a leading industry in town.

This was a shorter-lived industry but quite profitable at the time, as the sponges were shipped out to larger cities across the United States.

Apalachicola is today still very much a fishing town, with shrimp being the primary offshore catch. 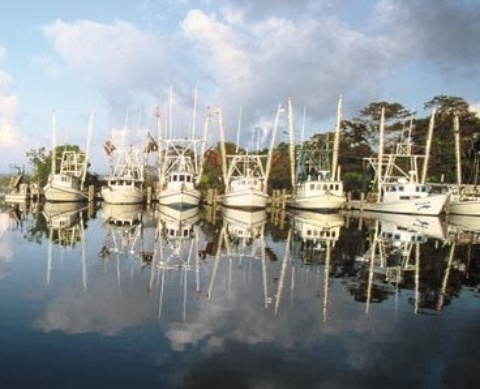 Until recently, more than 90% of Florida oysters come from Apalachicola Bay. For many years it's been known as "the oyster capital of the world," and the town hosts the Florida Seafood Festival every year that attracts thousands of seafood lovers.

Today, in 2021, the oyster fishing industry is dead.

The Florida Fish and Wildlife Conservation Commission voted to shut down this iconic fishery after years of drought and pollution polluted the wild oyster beds.

It may be several years until the fisheries are reestablished. 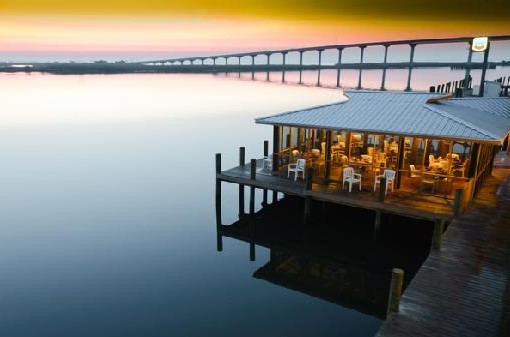 Apalachicola has done a wonderful job of preserving many of its old historic buildings.

Apalachicola Center has more than 900 historic homes and buildings in its extensive Historic District, which is listed in the US National Register of historic places. 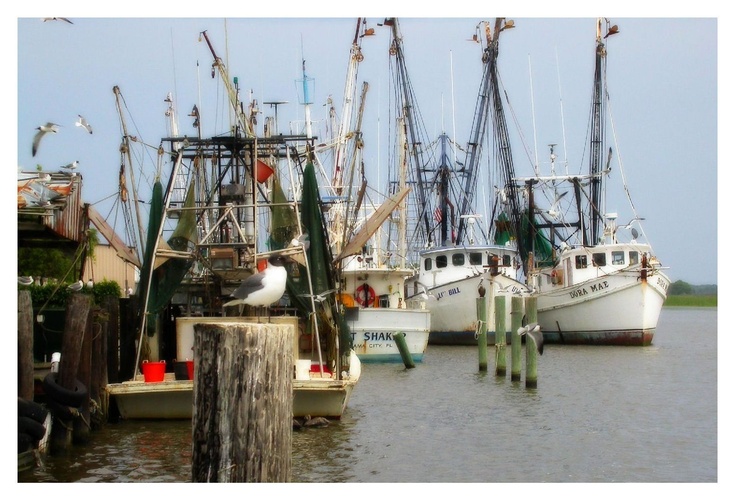 The City of Apalachicola has a strong sense of place.

Its vibrant history and rich maritime culture are still very much on display with a working waterfront including shrimp and oyster businesses mingling with gift shops and restaurants all serving fresh local seafood in restored historic buildings.

Many of the old houses are beautifully restored antebellum houses, and that southern hospitality and charm is still apparent as you stroll through the town today. 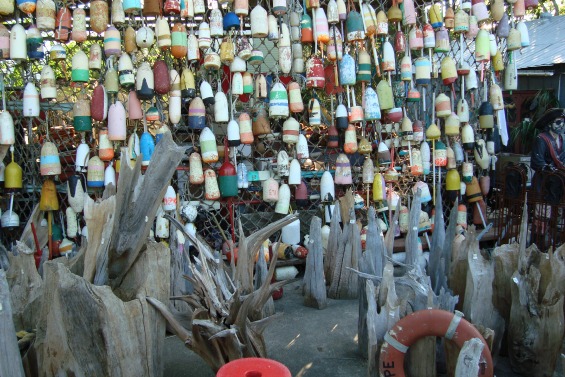 An Apalachicola physician Dr. John Gorrie, discovered the cold-air process of refrigeration and patented an ice machine in 1850.

He was looking for a way to lower the temperatures of fever patients.

His invention became the basis for modern air conditioning. A replica of his ice machine is on display in the John Gorrie Museum. 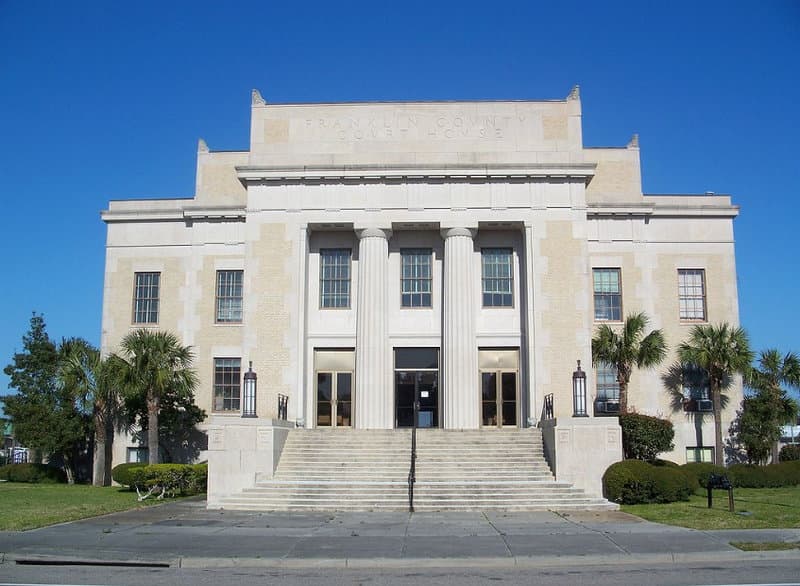 Apalachicola is also home to the Dixie Theater that has become one of the artistic centers of Franklin County with community theater performances.

The theater building was built in 1912 and fully renovated and reopened in 1998.

Today's Apalachicola is one of the few remaining "Old Florida" places in the modern Sunshine State.

The State of Florida has recognized several landmarks of this historic town as Heritage Sites. 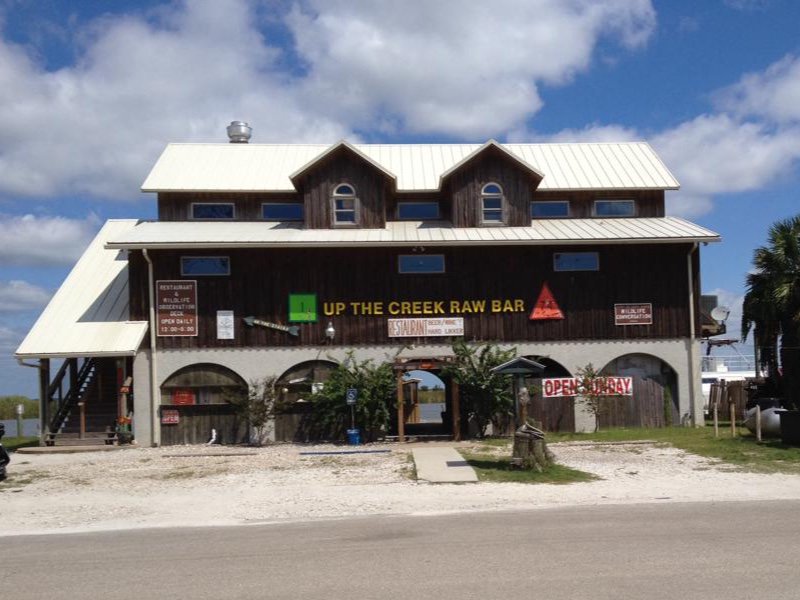 Up The Creek Raw Bar, Apalachicola 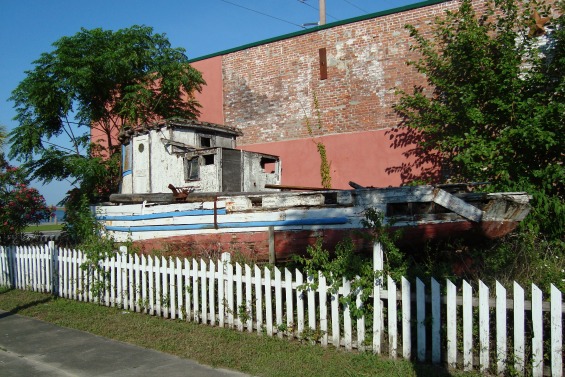 An example of this city's dedication to its history is the Apalachicola Historic Squares Project. 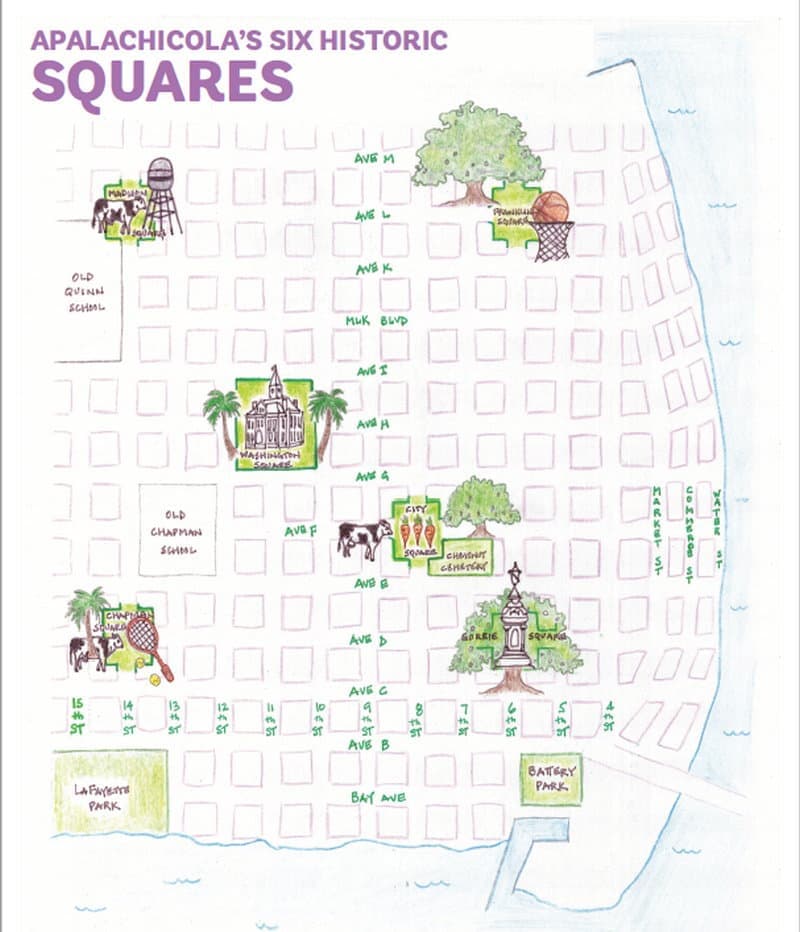 The Apalachicola Maritime Museum is another non-profit organization, with the goals of education and preservation of their maritime history. 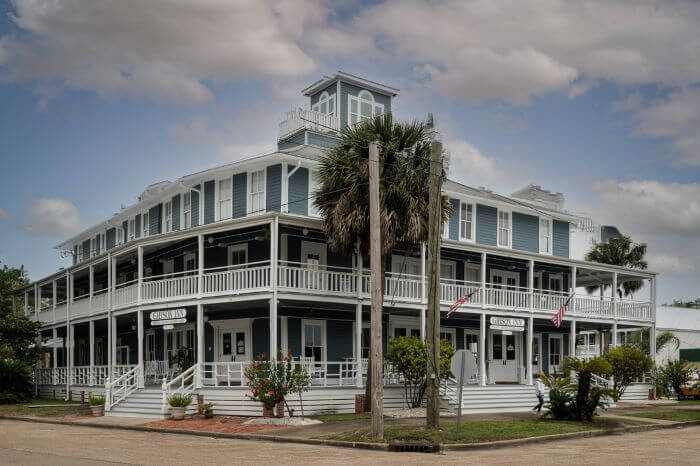 While Apalachicola is a small town, it is in the heart of the Forgotten Coast, a 200-mile stretch along the Gulf Coast in the Florida Panhandle that has largely remained natural.

ALL ABOUT APALACHICOLA, FLORIDA

APALACHICOLA THINGS TO DO