Big Cypress Loop Road is not on most lists of Florida tourist attractions, but maybe it should be.  It is a lonely road about 27 miles long that parallels US-41 between Naples and Miami. 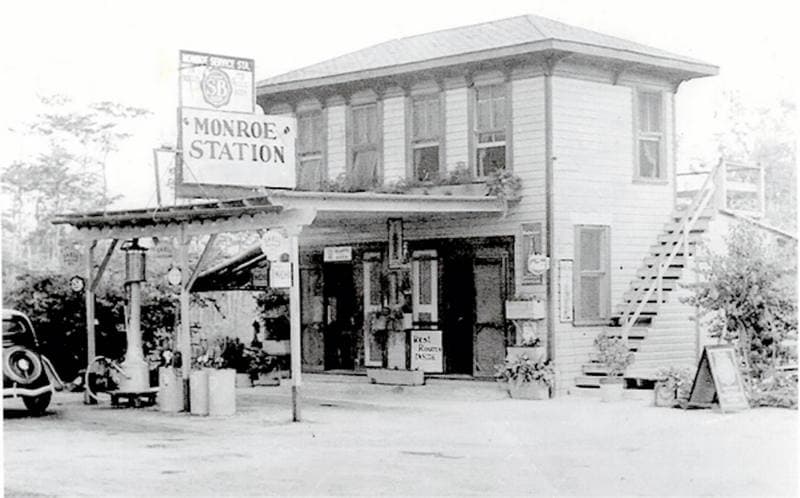 Monroe Station on Tamiami Trail in the 1920s

On Tamiami Trail (US-41) about halfway between Naples and Miami there was a ramshackle old building at a place called Monroe Station.

It was built in the 1920's as a way station, restaurant and boarding house for early travelers on the lonely stretch to Miami. 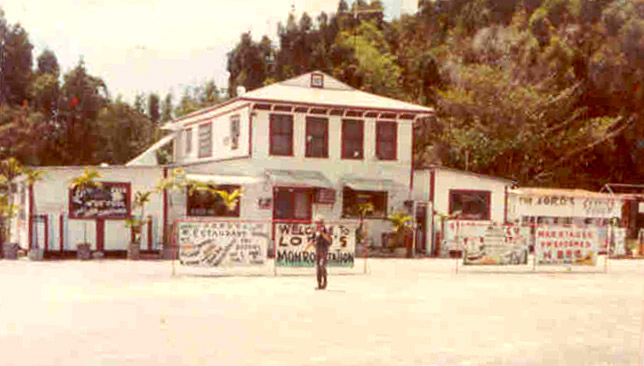 The building sat abandoned for years, and every time I drove by I was amazed that it was still standing.   It was only one hurricane away from being strewn all over the Everglades. 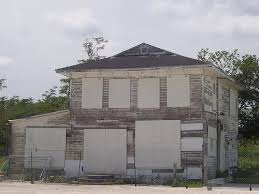 It was finally destroyed by fire in April 2016.  It's blackened ruins marked the eastern  entrance to Big Cypress Road for years after the fire. 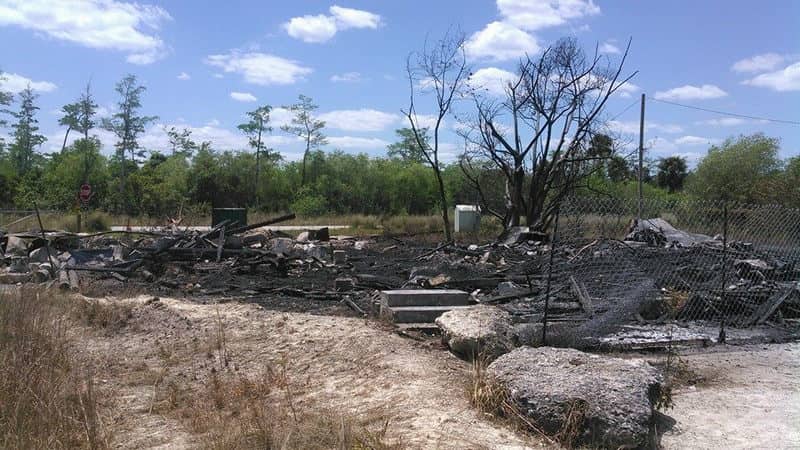 There are two ways to travel on Big Cypress Loop Road.

The first way is to take the partially improved section of the Loop Road leading south from Monroe Station. It's official designation is CR-94.

It heads south for several miles, and then bends east and north where it hooks up with Tamiami Trail again.

The first 19 miles of this road can be rough going during wet conditions or if the surface has not been recently graded, but the average car, motorcycle, or bicycle will have no trouble in dry weather. 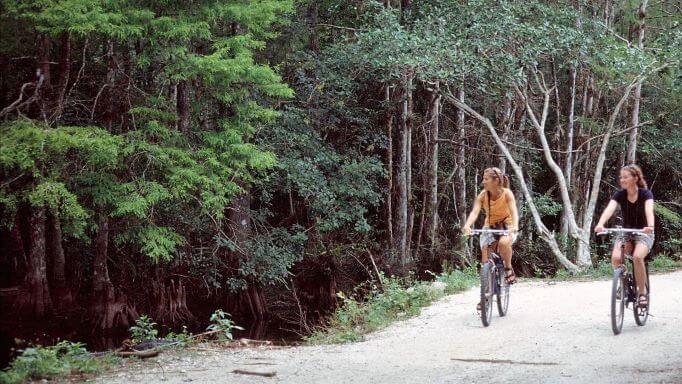 Tamiami Trail was opened in 1928, and the Big cypress Loop Road opened about the same time. It is probably the loneliest 27 mile stretch of road in Florida.

A few hardy pioneers used to live along this road. Most of them are gone, their homesteads purchased by the federal government when the Big Cypress was assembled as a national preserve.

If you drive this stretch in a conventional car, the going has to be slow because of the wet spots, rough spots and potholes.

They say in the old days it would take 3 hours to drive those 27 miles. I drove it recently in a Honda HRV in about an hour.   Part of going slow was that I wanted to see the natural scenery. 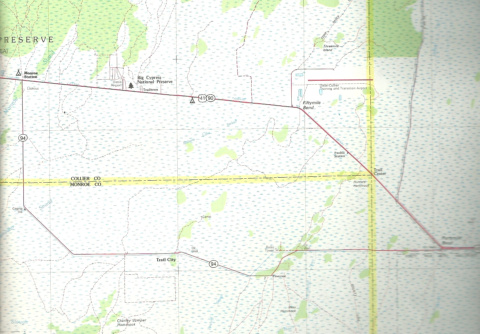 Big Cypress Loop Road Can Also Be Entered From The East

Another way to see Big Cypress Loop Road is to enter the road from the eastern end near the Miccosukee headquarters and give your car or truck or bike a break on the nice paved road.

The eastern entrance to the Loop Road is at Forty Mile Bend on Tamiami Trail just west of the Miccosukee headquarters building.

It's called Forty Mile Bend because it's 40 miles from downtown Miami. 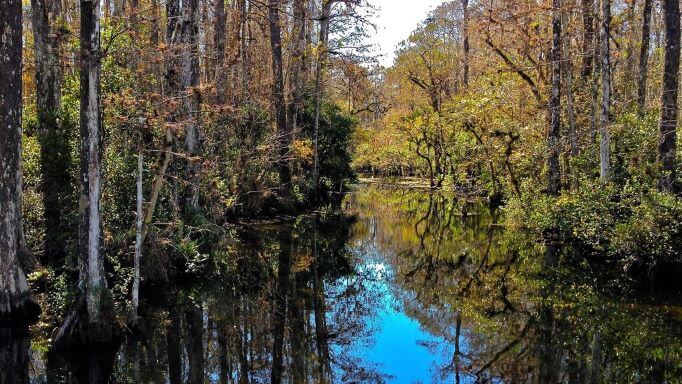 The first thing you will see are some nice concrete block houses on your left where some Miccosukee families live. Shortly after that, the road gets lonely but it's easy driving.

You may see alligators, bears, panthers and a human now and then. The humans are generally fishing in the numerous shallow streams and swampy areas.

You won't see many signs of civilization, but will get a good feeling for how primitive life must have been in this wilderness for the early pioneers. 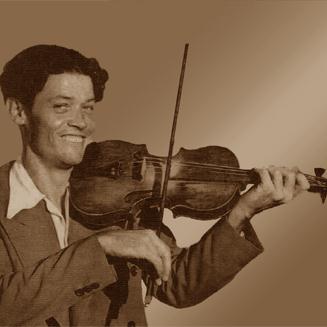 I like to play the country favorite Orange Blossom Special as I go through this lonely country.  This is in honor of the late Ervin Rouse, who lived on the Loop Road some years ago.

He is famous for writing the "Orange Blossom Special", a country fiddle classic.  In his later years he got by playing fiddle at local juke joints in the Glades.  He sold the rights to the song for peanuts and never made any real money from perhaps the most famous of all country music songs.

One of Ervin Rouse's hangouts was the Gator Hook Lodge.  It was a joint that opened in 1958 and was owned and operated by the former police chief of Sweetwater, a small town in the western Miami area.

Jack Knight was known for his ability to maintain law and order among the unruly regulars at his saloon.

Gator Hook Lodge survived until 1977 when it and most everything else man made in the area was swallowed up by the Big Cypress National Preserve.

If you like the Orange Blossom Special, click on the video below for an amazing rendition that I never get tired of hearing.

After about 8 miles this paved section ends at a Big Cypress ranger station and a trail head that will give you a great walking experience through the Big Cypress Swamp.

Near the ranger station and still on the paved road, you will come to an interesting collection of old motorcycles, trailers, a tall wooden fence, firewood for sale, and a Lucky Strike sign.

Sometimes this place is open to the public and it's a visit you should make if you are out on the Big Cypress Loop Road anyway.

This is the home and studio of Lucky Cole, the Everglades photographer.

Maybe they call him Lucky because he has figured out a way to get beautiful women to pay him to photograph them in the nude. 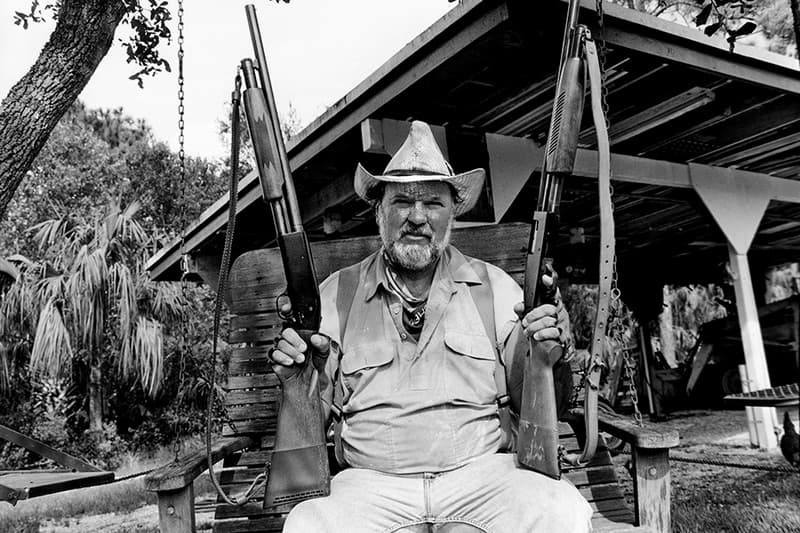 Search for him on the internet and you will get a glimpse of his work. Like his neighbor down Tamiami Trail, Clyde Butcher, Lucky is a nature photographer.

While Clyde is the Ansel Adams of black and white photographs of the silent beauty of the swamps and hammocks of the Florida Everglades, Lucky takes photos of another kind of natural beauty at his place on Big Cypress Loop Road. 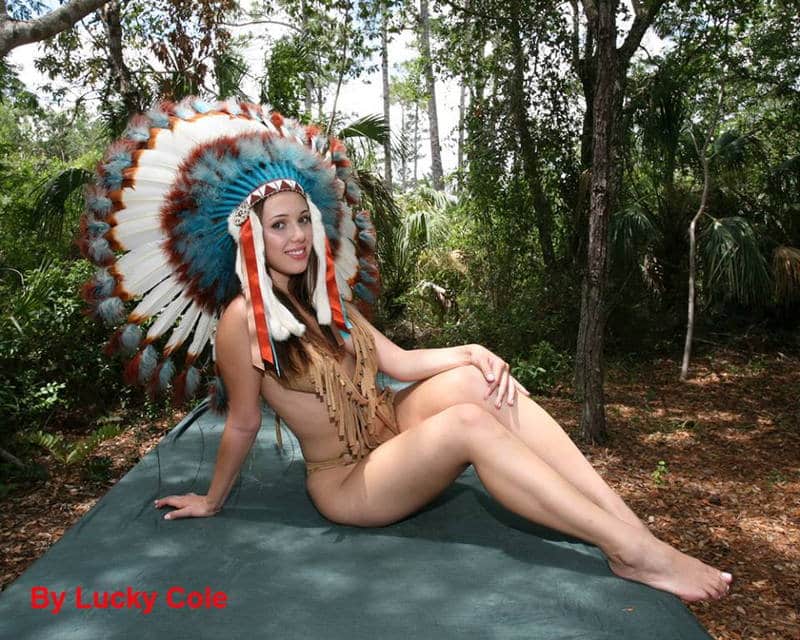 Model in Everglades by Lucky Cole

He appreciates the female form and is passionate about photographing women in their nude glory.

Lucky's place is a collection of weathered trailers, connecting decks and porches and a lot of interesting bizzare statuary and props that he uses in his photography business. Some of his photographs are on display at various locations around the property.

Lucky was raised in Miami Springs, and he and his wife Maureen moved to Big Cypress Loop Road in 1991. Lucky is familiar with the history of Big Cypress Road since he has been coming out to the area even as a boy.

Lucky doesn't sell anything to tourists, but will give you a beer and sit and gab for a while. He does accept donations to his retirement fund. When I visit him next I plan to bring some 12 year old scotch as a gift.

You will enjoy sitting around the firepit with Lucky and Maureen while he tells you about all the characters and gangsters that used to hang out on Big Cypress Road before the government bought most of them out.

In earlier times the Loop Road was the location of the village of Pinecrest. It was a logging town that grew to have about 200 people in the 1930's.

Pinecrest was also supposedly where Al Capone had a moonshining operation and gambling den that was operated by his cousin.

Al also reportedly visited now and then from his winter home in Miami.

The only other residents of this lonely road today seem to be the Miccosukee Indians mentioned earlier who live in neat modern concrete block houses toward the eastern end of the 8 mile paved stretch.