Cape Coral, Florida,  is a city located on the north bank of the Caloosahatchee River across from Fort Myers in Southwest Florida. Its major access highways are US-41 and I-75. 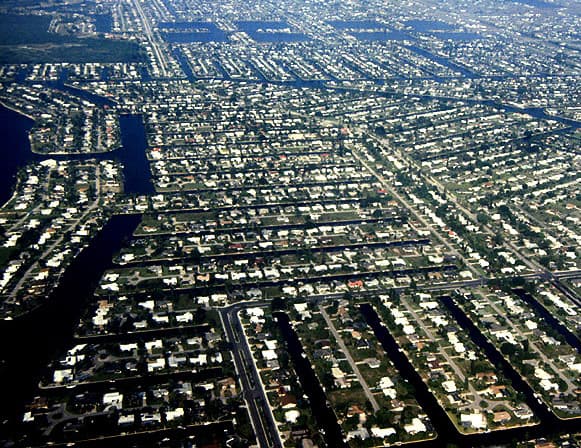 The city had its beginning in 1957 on a tract of land known as Redfish Point on the north side of the Caloosahatchee River across from Fort Myers in Lee County.

The land is bounded on the west by Matlacha Pass that separates the mainland from from Pine Island and Pine Island Sound.

Beyond Pine Island Sound is Sanibel Island and the Gulf of Mexico.

Real estate developers and brothers Leonard and Jack Rosen bought the land for $678,000 and began developing it as a planned community.

The Rosen brothers formed Gulf American Land Corporation to do the development work and sales programs.

Their first task was to plat the thousands of lots and excavate the miles of canals that are the earmark of today's City of Cape Coral.

Other early features they built was the Cape Coral Yacht Club and a few model homes.

Gulf American became one of the largest companies in the United States and lots were sold to investors all over the world, and to people who dreamed of retiring some day to Florida.

This was the boom era of Florida Mail Order Lot Sales.

One of the Rosen's earliest employees was Connie Mack, Jr., the son of famous Philadelphia Athletics owner and manager Connie Mack (whose real name was Cornelius McGillicuddy).

The Macks were already familiar with the area because they had been bringing their baseball team to Fort Myers for spring training since 1925. 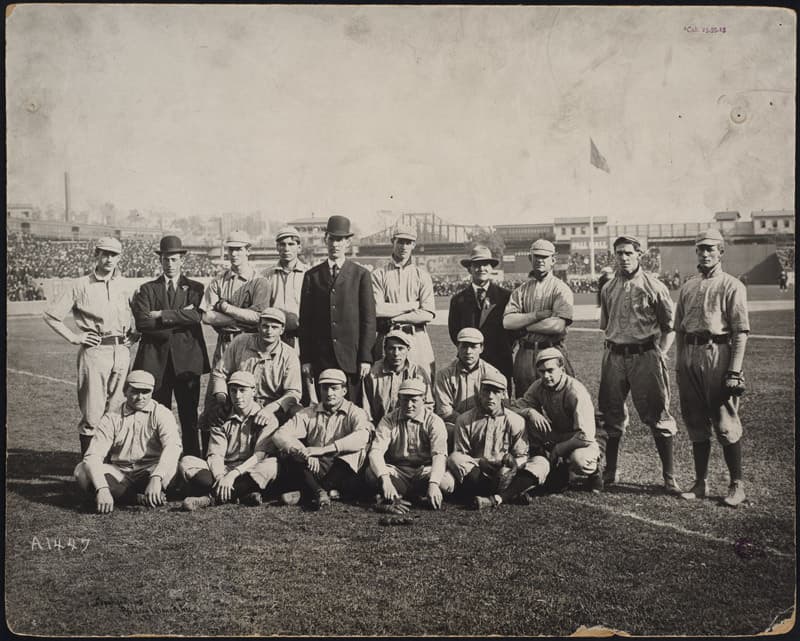 The 1905 Philadelphia Athletics with Connie Mack

Mr. Mack, Jr., was one of the most important figures in developing Cape Coral until his retirement in 1969.  He and his family were residents of Cape Coral from the earliest years of its history.

Many of the lots in Cape Coral are still vacant,  and the city will probably continue on its path as one of the fastest growing cities in the United States.

Cape Coral is currently the eight largest city in Florida by population, and many sources consider it a great place for retirees.

A distinctive feature of Cape Coral is its canal system.  The city has more than 400 miles of navigable waterways, more than any other city in the world.

It has the unofficial slogan of "Waterfront Wonderland".

Most of the homes in Cape Coral are on one of these canals and have direct access to the Gulf of Mexico.  The total land area of Cape Coral is almost 120 square miles.

The Cape Coral Yacht Club is still in business with a yacht basin, tennis courts, and other amenities that make it a popular gathering place. 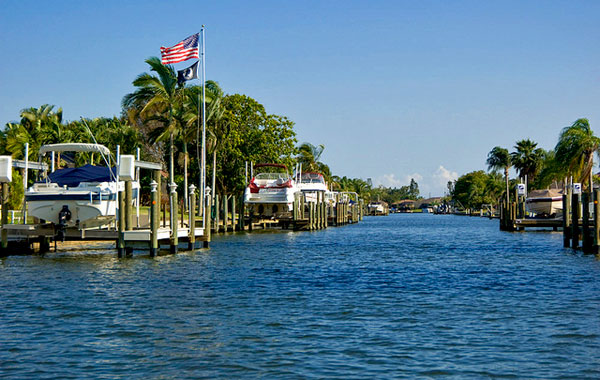 Boating and fishing are a way of life for many Cape Coral residents and visitors.

Most of the canals are navigable, and a large percentage of Cape Coral homes have boats in their back yards.

One of the largest marinas in Florida is located between Cape Coral and Punta Gorda on Burnt Store Road.

There are also several golf courses in Cape Coral and Fort Myers for those that want to supplement their boating lives.

Although Cape Coral does not have many beautiful beaches, it is only a short drive away from Fort Myers Beach, Sanibel, and Captiva, all with beautiful white sandy beaches.

Cape Coral has several nature preserves, including the Matlacha Pass Aquatic Preserve and the Four Mile Cove Ecological Preserve on the Caloosahatchee River.

Cape Coral is also the entry point to Pine Island by way of the fishing and artistic community of Matlacha. 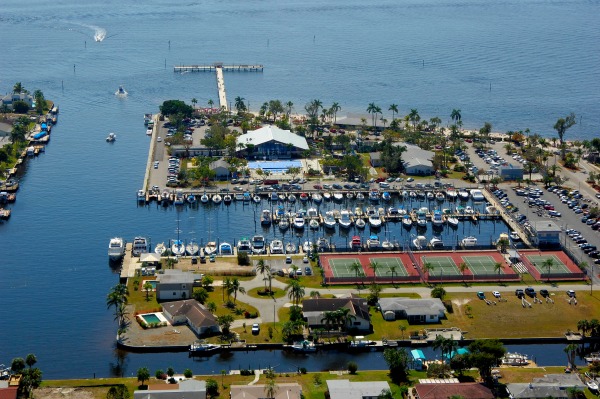 Pine Island is at the west end of Pine Island Road and is the best place on the Gulf coast to see some rural old Florida the way it used to be.

Cape Coral is connected to Fort Myers and other areas south of the Caloosahatchee River by several bridges, most of them built since the development of the city.

The Cape Coral Bridge is the southernmost bridge from Fort Myers.  When it enters Cape Coral, it becomes Cape Coral Parkway.

The Rosen brothers were not too interested in creating a real town.  Their focus was on selling lots and moving on.  As a result, they didn't leave a lot of land available for commercial use.

In recent years, however, the community has created a genuine downtown Cape Coral.  It is in the southern section of the city on Del Prado Boulevard not far north of Cape Coral Parkway.

It is not as large a downtown as most cities of this size enjoy, but it has a drug store, grocery store, restaurants, bars, a coffee shop, parks, and a military museum.

Other businesses are scattered about at various locations through out the sprawling city.

ALL ABOUT CAPE CORAL, FLORIDA

CAPE CORAL THINGS TO DO