Coral Gables is a beautiful city in the Miami Metro area, located about eight miles southwest of downtown Miami. Locals refer to their town as "The Gables". 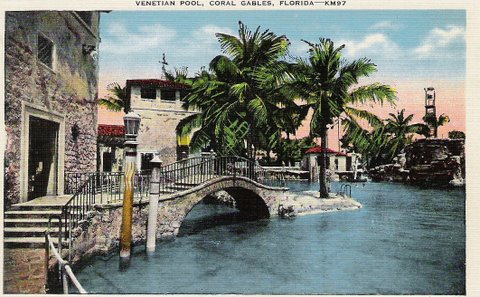 The city was developed by George Merrick during the Florida land boom of the 1920s.

He had inherited citrus groves from his father, and in 1922 began to develop the acreage into the City of Coral Gables.

Merrick was a writer and poet among many other interesting accomplishments.

One of his poems describes what he planned to accomplish with his new city:

"I dream of the home of the Fairies and Fays,
on the isles of the calm southern sky,
Of the fanciful turrets and towers ablaze
In the flood of the rays from on high..."

The Gables was one of the first planned communities in America. It has strict architectural and zoning regulations. 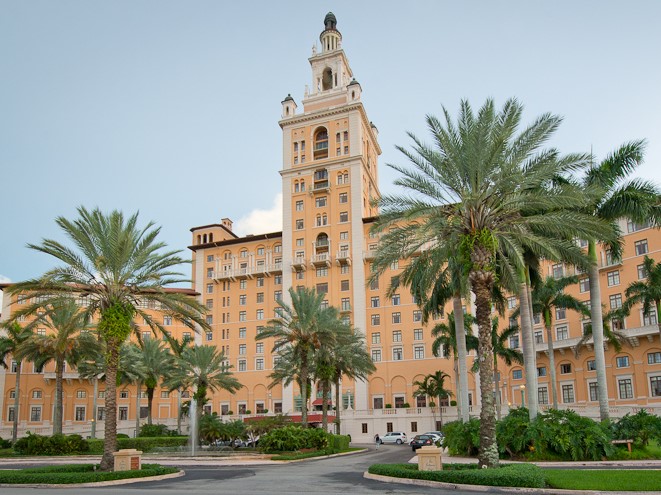 The centerpiece of the community was the massive Biltmore Hotel.

It still stands as an upscale luxury hotel in the heart of the Miami Metro area, and is a large part of the ambiance of Coral Gables.

Merrick designed the downtown commercial district to be only four blocks wide and more than two miles long. The main artery bisected the business district.

He was proud to say that every business in town was less than a two-block walk.

The city used to have an old electric trolley system, and today it has a modern trolley bus that runs down Ponce de León Boulevard.

Merrick donated 240 acres for the University of Miami. The university is just west of U.S. Highway 1 about 2 miles south of downtown.

The great hurricanes of the late 1920's and the Great Depression ruined Merrick financially, but he lived long enough to see most of his dream come true. 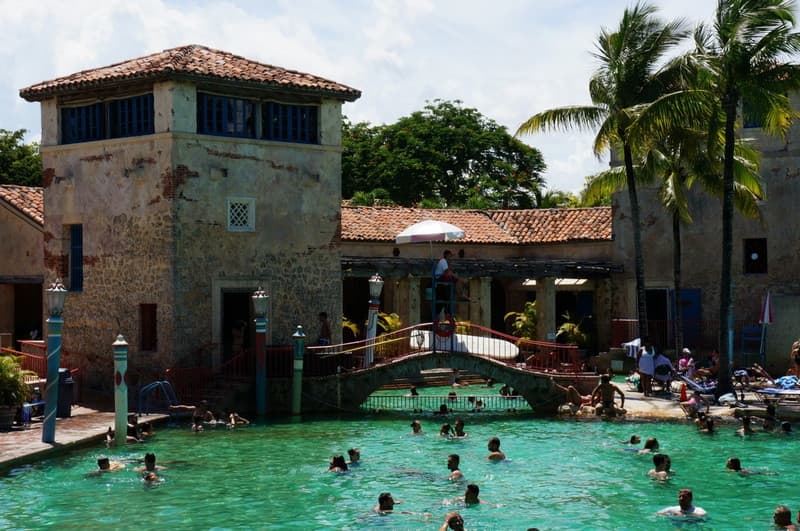 Today Coral Gables has a population of about 50,000.

It is a pedestrian-friendly community with many upscale retailers and restaurants along Coral Way, also known as the "Miracle Mile". 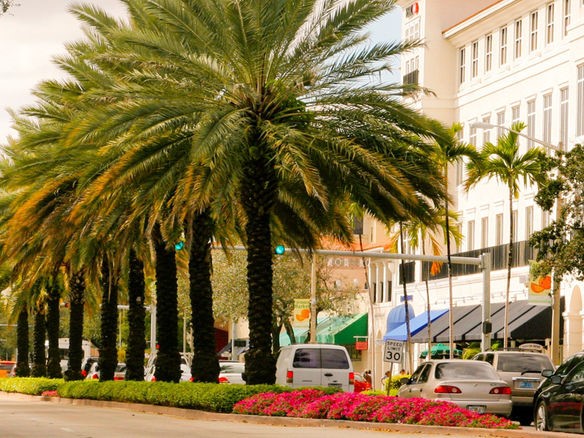 The photograph above is in the heart of the downtown area near Miracle Mile and Ponce de Leon Boulevard.

The neighborhood along Miracle Mile in Coral Gables has about 140 restaurants, and many famous stores including Nordstrom's.

The town is located only 4 miles south of Miami International Airport.

It is one of the most beautiful towns in Florida. Among its beautiful and historic landmarks are the Venetian Pool, Douglas Entrance, the Biltmore Hotel and hundreds of fine residences.

There are many places to stay in The Gables and the surrounding area. Here is one of the most historic and one of the best.

ALL ABOUT CORAL GABLES, FLORIDA

CORAL GABLES THINGS TO DO

HOW TO FIND CORAL GABLES FLORIDA

If you are on I-95, Exit 1-B, follow SW 3rd Avenue that becomes SW 22nd Street that becomes Coral Way. Follow it into the heart of town.

If you are on SR-826, take the LeJeune Road exit. Go south to Miracle Mile (Coral Way).