Daytona Beach is on the ocean on Florida's east coast about 57 miles northeast east of Orlando. 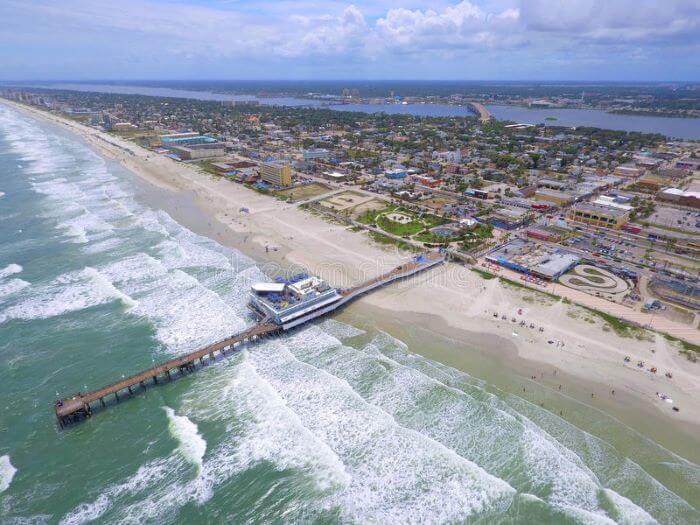 Daytona Beach Florida is best known for the NASCAR Daytona 500 stock car race and other events, and as a destination for Spring Break shenanigans by college students.

The Timucuan tribe lived in the area before the Spanish came to Florida.

During the British ownership of Florida much of what is now Daytona was the Orange Grove Plantation, a grower of citrus and sugar cane.

The modern history of Daytona Beach includes some of the first auto races in the United States.  It was founded by its namesake Mathias Day in 1870.

Day was a famous Indian fighter who saw action during the Apache Wars against the Apache leaders Victorio and Geronimo.

Soon after its founding Daytona Beach became a tourist stop on the Florida East Coast Railroad of tycoon Henry Flagler.

In 1926, the cities of Daytona, Daytona Beach and Seabreeze were merged into present day Daytona Beach, Florida.

Since the early 1900s, the smooth hard packed sand beaches of Daytona and Ormond have been valued for automobile testing and racing. 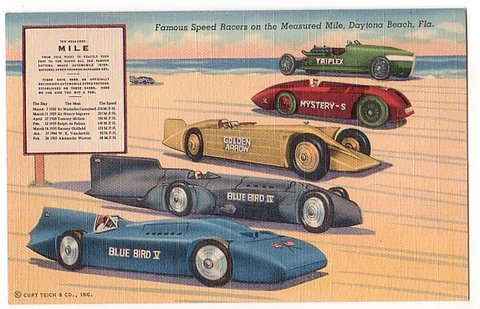 It was not unusual to see the latest "horseless carriage" or motorcycle being put through the paces on the densely-packed sands.

The Daytona Beach Road Course was the site of the first stock car race in 1936, and led to many more such events. 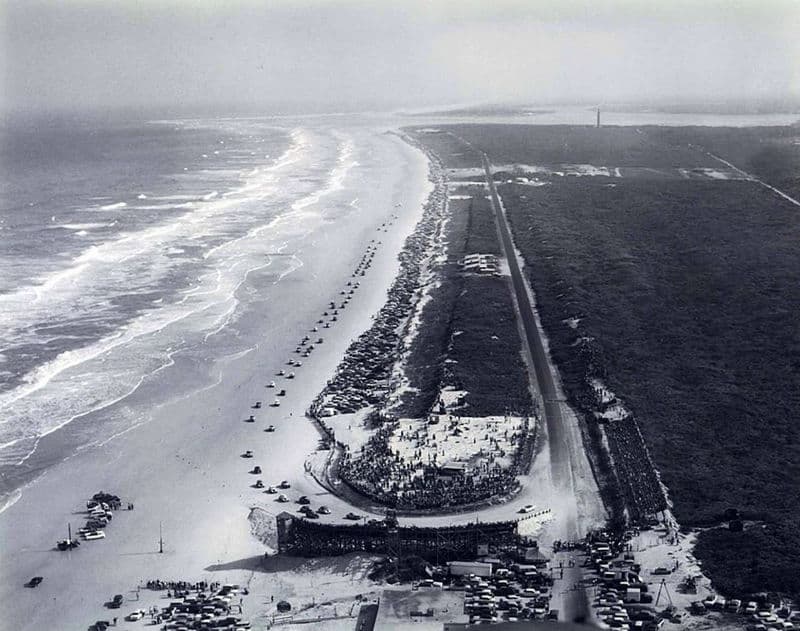 These races and the souped-up hotrods of former moonshiners were instrumental in the creation of that most American of institutions, NASCAR.

It has a beachside section on the barrier island along the Atlantic, and a mainland business district and residential areas that front on the Halifax River. 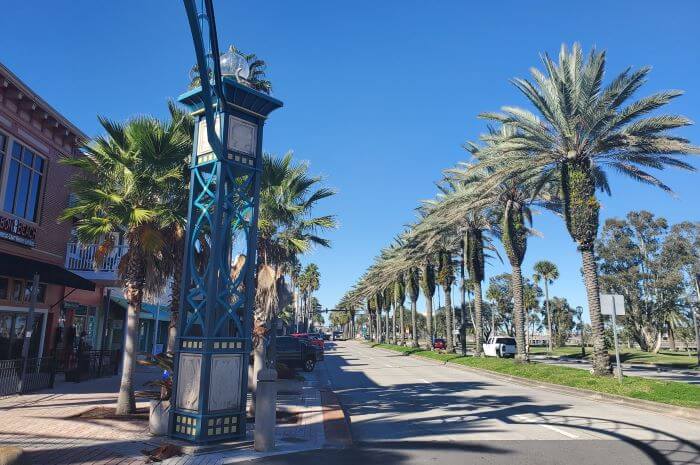 The NASCAR connection turned Daytona Beach into a mecca for gearheads, hosting numerous racing competitions and events aside from the Daytona 500.

The biggest of these events over the years became Bike Week held every spring usually in March. 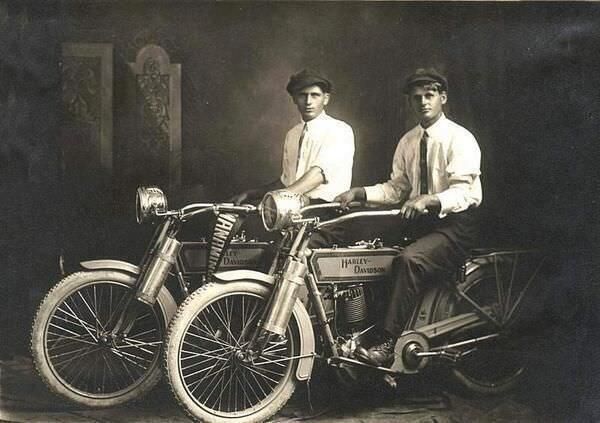 Thousands of motorcycle enthusiasts brave the humid Florida weather in their best leather apparel to converge on Daytona Beach for 10 days of revelry.

Daytona Beach Bike Week is an annual event that usually starts in the first full week of March and extends over a period of 10 days. 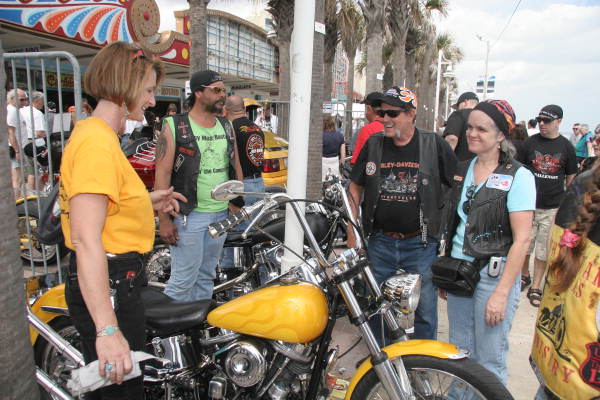 Almost one half million people attend this event during one or more of the days it is held.  That's a huge crowd for a city with a population of only 72,000.

There is always plenty going on during bike week.  You can enjoy motorcycle races, parties, concerts and various street festivals.  It has become one of the most popular motorcycle rallies in the country.

It all began back in 1937 as the Daytona 200, a 200 mile motorcycle race that now takes place at the Daytona International Speedway.

The first races were held on a 3.2 mile race course on the white sands of Daytona's beach, just as the first NASCAR races were also held there.

The races were not held during the World War Two years because of fuel rationing, but people still gathered in town for what was informally called Bike Week.

In 1947, the motorcycle race began to be held again and was promoted by Big Bill France, one of the founders of NASCAR and owner of the Daytona International Speedway.

One of the things that bikers and wannabes love to do is take a ride on The Loop.  Portions of this drive are described on this website at Central East Florida Day Trips. It is beautiful and full of nature. 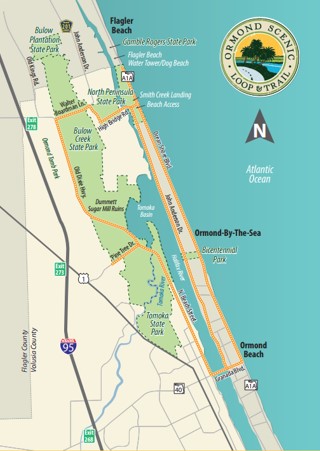 The Loop starts in Ormond Beach at the foot of the State Road 40 bridge and goes north through canopied trees to Highbridge Road.

From there the route heads west and through some of the most beautiful marshes and hammocks in Florida, and south again on Old Dixie Highway back to Ormond Beach.

The trip is about 22 miles long and is full of beauty every mile of the way.

There are thousands of hotel and motel rooms in Daytona Beach and some of the surrounding towns like St. Augustine, DeLand, Mount Dora and Orlando.

It's an annual pilgrimage with fun for all, bikers and nonbikers alike.

The history of Daytona Beach is so automobile oriented that a car friendly attitude permeates all of Daytona Beach; it's one of the few public beaches which allows motorists to traverse its sands.

If you're imagining your sunbathing being ground to a halt by a careless motorist, fear not - Daytona offers many pedestrian-only zones. 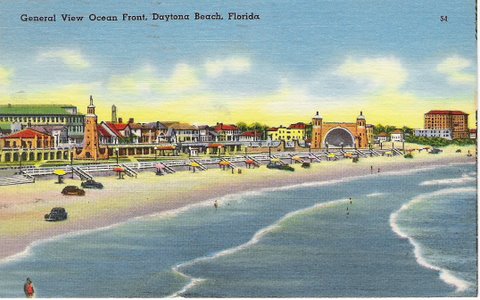 The oceanfront park shown in the vintage postcard still entertains thousands of happy bathers and beach motorists on a yearly basis.

Daytona Beach has more motels and hotels on the beach than most cities in Florida.

The rates are a bit lower than in many other places, and this attracts families.

The Daytona International Speedway is the major tourist attraction in Daytona Beach. 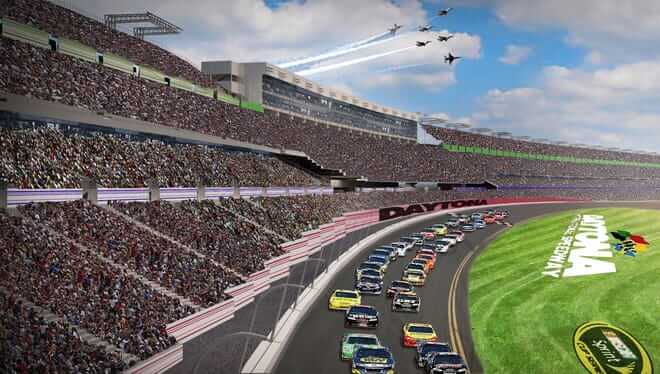 The Daytona 500 is a spectacular NASCAR event that takes place the last weekend of February at the Daytona International Speedway in Daytona Beach, Florida.

It is considered the most important race on the entire NASCAR calender and pays the most money to the winner. Bill France started this race, and it has been an annual event since 1959.

Lee Petty, father of NASCAR's most winning driver ever, Richard Petty, won the first Daytona 500 in 1959. His son Richard Petty has won the race a record seven times.

My favorite driver of all time, Florida's own Glenn "Fireball" Roberts, won the race in 1962. He was killed in 1964 as a result of burns suffered in a crash at the Charlotte Motor Speedway in North Carolina.

In the early days, the stock cars looked like your average family car but with ads and signs all over.

You could imagine yourself being Lee Petty while driving your dad's car. His winning car is shown in the picture below. 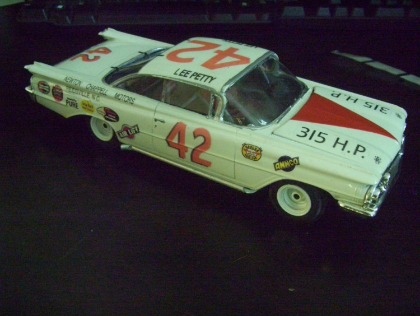 Since it is also the first race of the year, it is different than other sports that have their playoffs, Super Bowls and other tournaments at the end of the year.

Another thing that makes this race different is the starting order.

All starting spots other than the first two are assigned based on the results of two 150 mile qualifying races held the Thursday before the race.

The front row spots are assigned based on time trials done the Sunday before the race.

Each driver gets two laps alone on the track to post their best speed. The top two drivers from that trial are assigned to slots on the front row.

The Daytona 500 is one of four NASCAR races that require cars to use restrictor plates to keep speeds down to a somewhat safe level.

It is still a dangerous race, and the memory of Dale Earnhardt being killed on the last lap of the 2001 race is still a heart breaker for NASCAR fans.

The Daytona 500 is the most popular recurring race in Florida, and the tickets can be very expensive depending on where you want to sit.

The grandstands seat 147,000 people and they always seem to be filled.

The cheapest grandstand seats I've been able to find are $73 each, but far more expensive packages with better views are also available.

Cars have evolved over the years so they no longer look like the sedan you buy from your friendly local dealership. 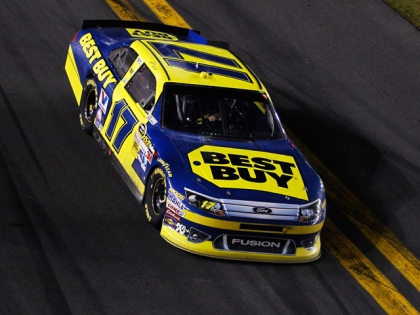 If you want an unusual experience, camping is allowed in the infield areas. Many campers watch the race from chairs perched on the roofs of their RV's.

Packages are sold that include admission for at least two people, a spot for your RV and a pass also for your tow vehicle.

These tickets are very expensive, but put you right in the middle of the action and provide an unforgettable experience.

A museum dedicated to the race is next door to the Speedway itself.

ALL ABOUT DAYTONA BEACH, FLORIDA

DAYTONA BEACH THINGS TO DO