DeFuniak Springs Florida, is a small town of about 6,283 people in the northwest part of the state.

It is located at the intersection of US-331 and US-90 just north of I-10, about 60 miles east of Pensacola and is the county seat of Walton County. 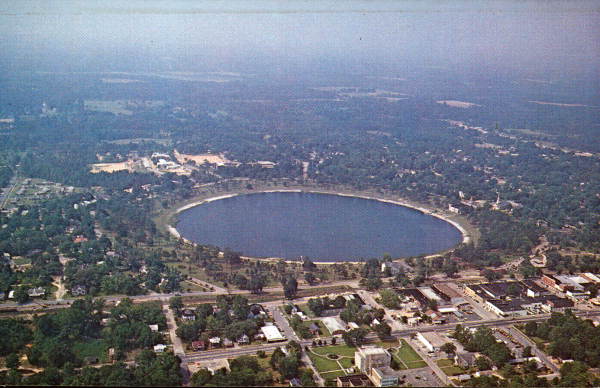 This little village at Lake DeFuniak started life as a small way station on the Pensacola & Atlantic Railroad.

It was named after Col. Frederick DeFuniak, an executive of the Louisville-Nashville Railroad.

DeFuniak was a hard-working Italian immigrant who had been an officer in the army of Giuseppe Garibaldi, the George Washington of modern Italy.

He also was an officer in the army of the Confederate States of America. He allegedly won the right to name the town in a card game. 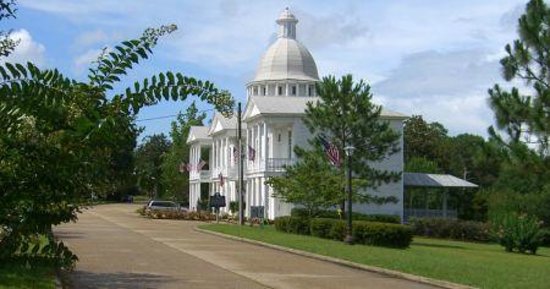 It soon became their favorite winter retreat, growing in importance and beauty.

Thousands would arrive to participate in the activities and keynote speakers ranged from well-known poets and authors to the inspirational and influential, including Julia Ward Howe ("The Battle Hymn of the Republic") to Harriet Beecher Stowe (Uncle Tom's Cabin).

Seemingly suspended in 19th century amber, the city of DeFuniak Springs is one of the prettiest in the Florida panhandle.

Numerous Victorian era homes encircle little Lake DeFuniak, and it's at times difficult to tell the old homes from the new ones built in the same Colonial Revival and Queen Anne styles.

The homes and area around the lake are decorated from Thanksgiving to New Year in a celebration called "Christmas Reflections".

There are reportedly over 10 million lights, which reflect off the lake. 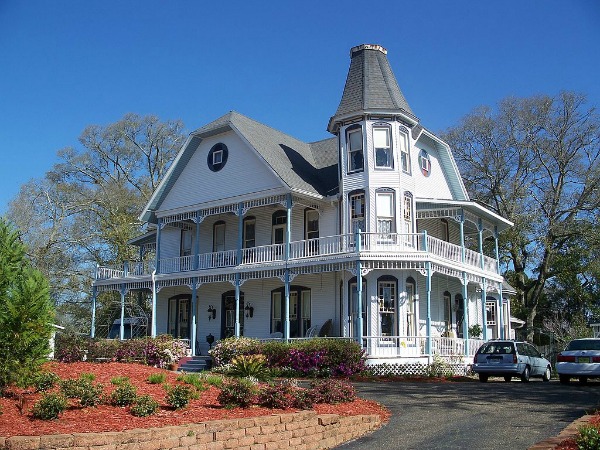 The town has around 200 historic buildings surrounding the lake, 40 or so which are listed in the National Register of Historic Places.

With such a small population, DeFuniak Springs might just have the most historic sites per capita of any town in Florida. 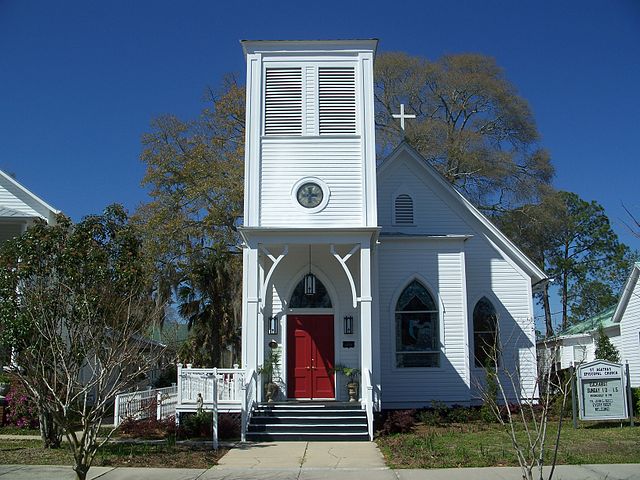 One of the many interesting old buildings is St. Agatha's Episcopal Church.

It is a Carpenter Gothic church in the town historic district at 144 Circle Drive.  The church was built in 1896. 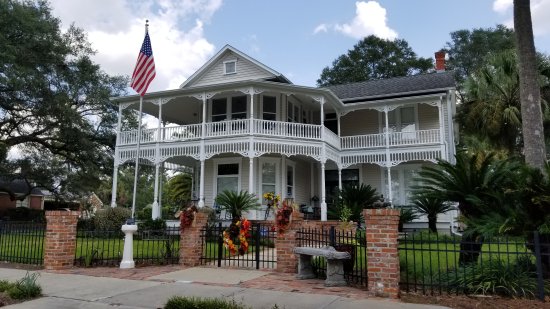 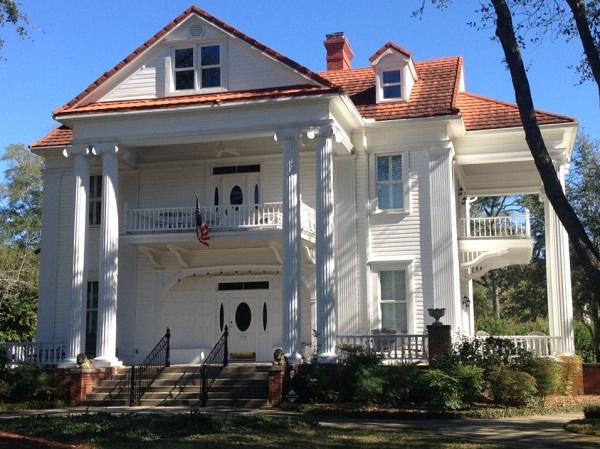 This brief walking tour video of the town will give you a taste of its historic character.

Bogey's is the perfect place to eat if you are visiting DeFuniak Springs. It is located in the center of the downtown historic district. It was formerly located in the Hotel DeFuniak. 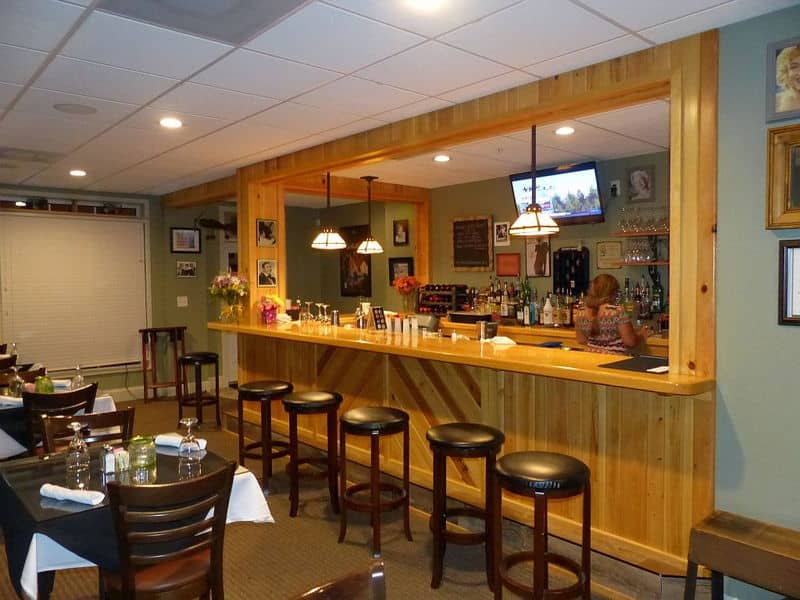 Bogey's serves fresh food and has a great atmosphere and equally great service.

The restaurant also has a full service bar with a happy hour, and often features local musicians like a sax player and a guitarist.

ALL ABOUT DEFUNIAK SPRINGS, FLORIDA

DEFUNIAK SPRINGS THINGS TO DO