Fort Meade, Florida is a town of about 6,000 people in Polk County southeast of Lakeland.  It is the oldest city in Polk County, and has many Old Florida houses and authentic tree lined streets. 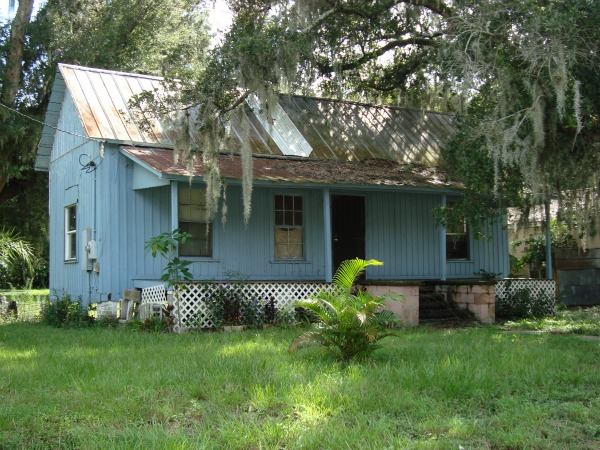 It is located at the intersection of US-17 and US-98, west of Frostproof.

Fort Meade is on the eastern edge of the phosphate mining region that has created a watery moonscape for many miles west of town.

It was first settled as a U.S. Army fort in 1849 on an old military road from Fort Brooke (Tampa) to Fort Pierce during the Seminole Wars.

Although it was originally called Fort Clinch, it was renamed after the Civil War for General George Meade.

Meade was one of several young Army officers sent to survey the Florida wilderness or fight Seminoles in the mid 1800s.

George Meade stayed in the Army and later became a prominent general in the U.S. Civil war on the Union Side.

Major General Meade is famous for having defeated Confederate General Robert E. Lee at the Battle of Gettysburg. 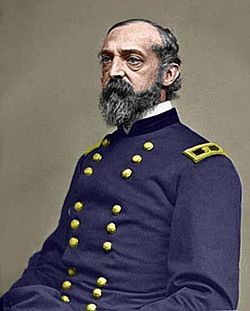 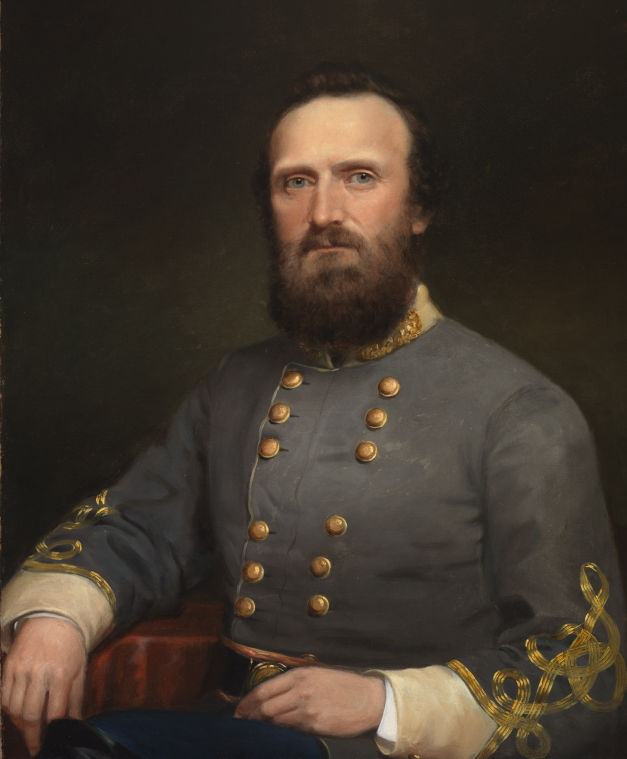 Future Confederate General Thomas J. "Stonewall" Jackson was also stationed at the fort in 1851 as a young officer in the United States Army between the Second and Third Seminole Wars.

The town that grew up around the fort was destroyed by Union forces in 1864 during the Civil War. All of the original buildings were destroyed.

Sand Mountain in Fort Meade Was a Favorite Skiing Spot 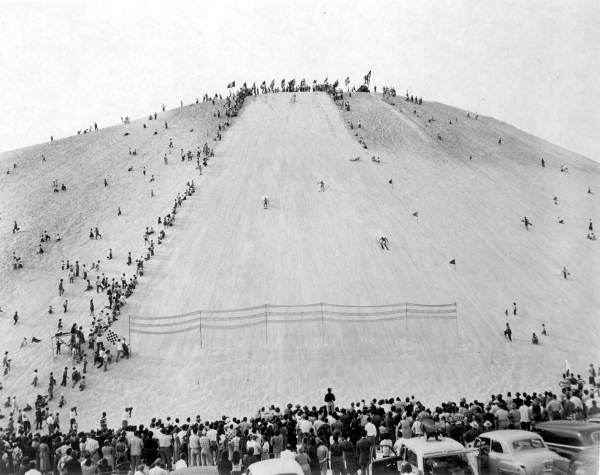 A favorite spot near Fort Meade in the 1940s through the 1960s was Sand Mountain.

It was a huge sand pile created by Swift and Company from the washings of phosphate rock.

The pile of sand grew to be 200 feet tall.  The consistency of the sand made it ideal for skiing.

There were actually sand skiing tournaments here with teams from all over the world competing for the championship.

Locals used to ski down the hill, slide on sleds and toboggans, pieces of cardboard or whatever was handy.  Some folks even slid down the hill on water skis.

People loved to climb the mountain and have picnics up on the top.

The end of Sand Mountain came in the 1960s when new technology allowed the phosphate companies to extract more phosphate from the sand hill.

Down it came, but it's still a fond memory to many folks from Polk County.  You can still drive Sand Mountain road south of town.

The town was rebuilt after the Civil War, and now Fort Meade has many homes on the National Register of Historic Places. 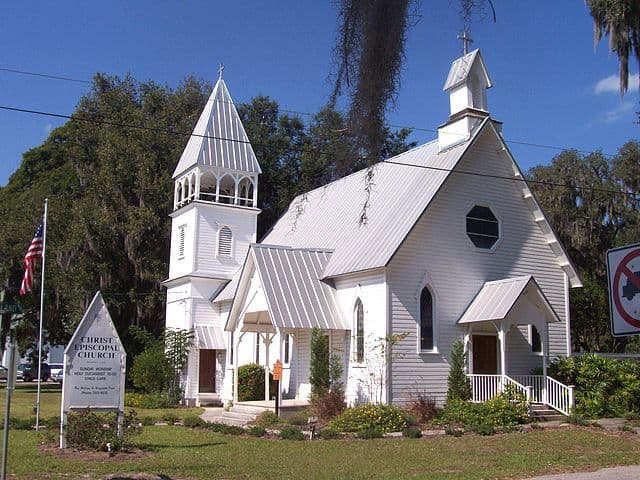 Christ Episcopal Church in Fort Meade in an example of Carpenter Gothic architecture.  It was built in 1889 and is at 331 E. Broadway.

The church is on the U.S. National Register of Historic Places. 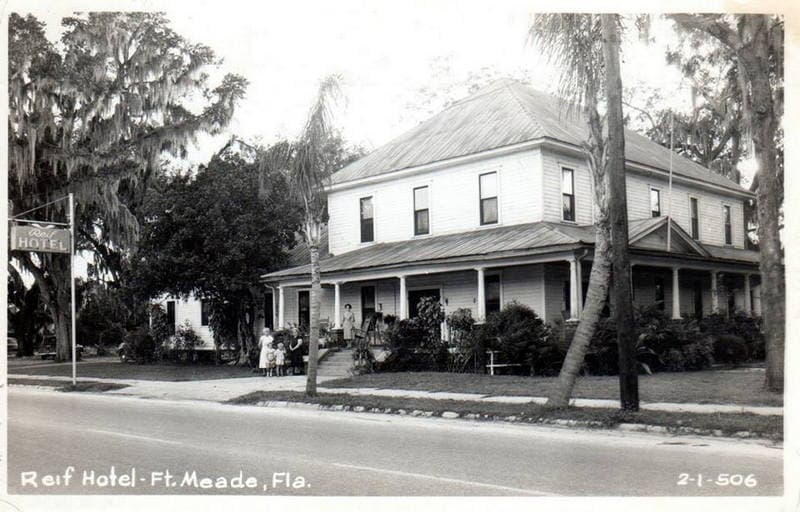 The photo above is of the old Reif Hotel, courtesy of the Thomas Carpenter Library at the University of North Florida.  The old hotel looks similar to the museum shown in the photo below.

The Old Fort Meade School House Museum is also a fun place to visit.  It's in an old building that dates back to 1885.

The school house was donated to the Fort Meade Historical society when it was still located on South Lanier Avenue. 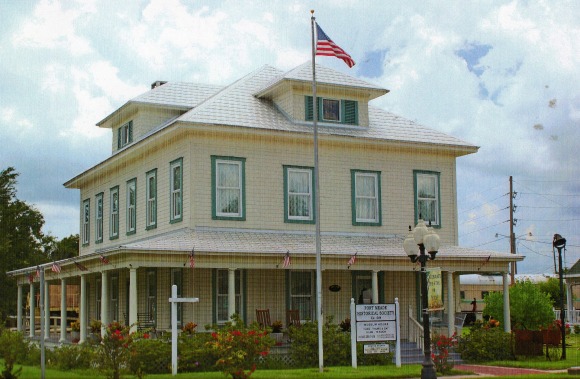 Over the years, the building has served not only as a school but as a private residence and a boarding house.

It has been a museum since September 2000.  The museum is a good place to study photographs of the historic homes in Fort Meade that still exist.

Fort Meade is a quiet place for a Florida history buff to spend a day or a weekend.

Over the years the strip mining of phosphate has left much of the land in this area looking like a pockmarked moonscape.

One company has turned this into an advantage by converting  16,000 acres into Streamsong Resort, a facility with three golf courses and a large hotel. 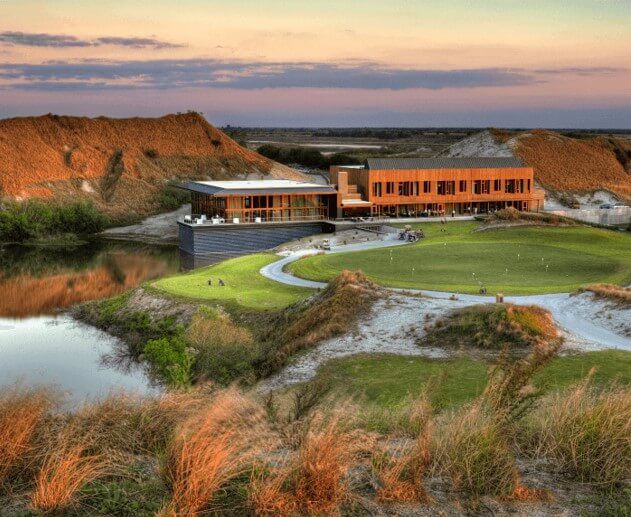 Other available activities include fishing in the many lakes on the property and shooting clay pigeons.

The landscaping and unusual terrain made this resort unlike any other in super flat Florida.  You will feel like you are in more mountainous country.

ALL ABOUT FORT MEADE FLORIDA