The Gasparilla Pirate Fest is an annual event that features an "invasion" of the city by the pirate ship "Jose Gasparilla" and its motley "krewe" of pirates.

The waters of Tampa Bay and the Hillsborough River turn into a floating armada of pirates and citizens having a great old time. The festival always takes place in late January or early February.

The event is hosted by a civic group known as "Ye Mystik Krewe of Gasparilla" with help from the City of Tampa.

It celebrates the pirate Jose Gaspar(known as Gasparilla) who was a legendary pirate who maybe roamed the waters of Southwest Florida.

Most people think Jose Gaspar was fictional, but the celebrants of this festival don't care one way or the other. 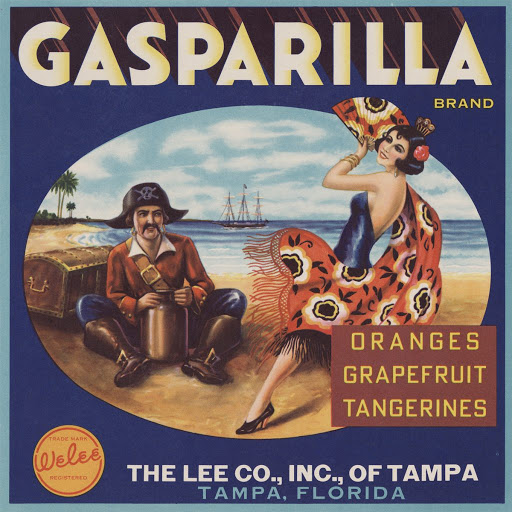 Some of the members of Ye Mystik Krewe are descendants of the crew who held the first festival in 1904.  This festival is a Tampa institution with deep cultural and historic roots.

The invasion of Tampa takes place on the day of the Gasparilla parade.  The "Jose Gasparilla" is a 165 foot pirate ship built in 1954 for this annual celebration.

It sails across Tampa Bay to downtown Tampa and is always accompanied by hundreds of smaller boats and yachts.

A Tampa citizen portrays Jose Gaspar himself, and Ye Mystik Crew of Gasparilla joins Jose on the ship.

When the ship reaches Tampa, the Mayor of Tampa presents the key of the city to Jose Gaspar, and then a victory parade takes place on Bayshore Boulevard.

Pirates shoot blank pistols from the hundreds of floats in the parade, and beads and other small gifts are thrown out to the crowd that lines the parade route.

Area high schools and colleges enter their marching bands into the parades, and local businesses and other organizations also take part with brightly decorated floats.

The Pirate Fest is an opportunity to see marching bands, drum majors and majorettes, drill teams, military units, scout troops and just about any other organization you can think of.

There are other parades and smaller festivals that take place in the days before and after the main invasion event.

But the big one is the happening that Tampans eagerly look forward to every year.  The Gasparilla Pirate Fest.