In the days before Walt Disney World and the other giant theme parks opened, Central Floridians had some favorite places to visit that didn't cost a dime.

Genius Drive in Winter Park was one such place.  It was a favorite weekend drive along a beautiful canopied road.  Kids especially loved it for the birds that roamed the grounds. 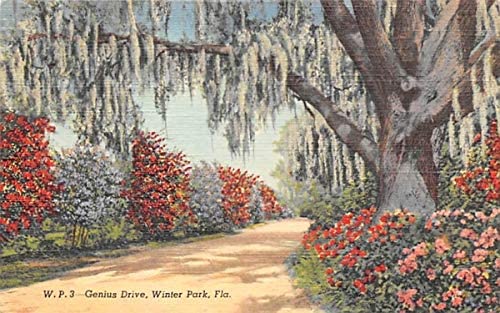 HOW GENIUS DRIVE GOT ITS NAME

Genius Drive was named for the family of Jeannette Genius McKean.  Her husband, Hugh McKean, was the president of Rollins College from 1952 to 1969.

Mrs. McKean's grandfather was Charles Hosmer Morse of Chicago, a successful businessman.  He made his first visit to Winter Park in 1881 and over time became the biggest landowner in the city.

His name is honored in the museum in Winter Park that features the world's largest collection of the art of Louis Comfort Tiffany. 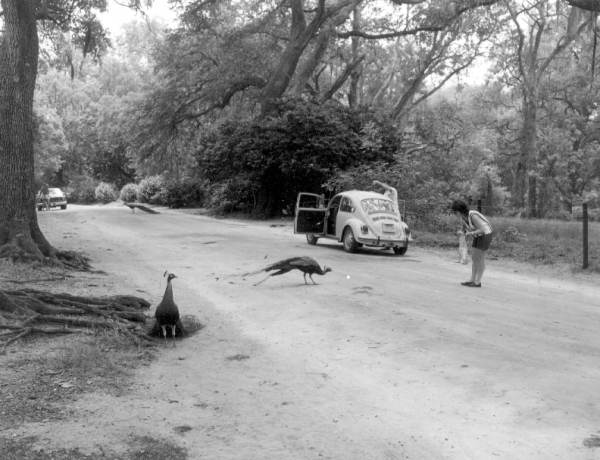 One of his land purchases was a two hundred acre tract that touched the shores of Lakes Virginia, Mizell, and Berry.

He planted an orange grove and the trail through the grove became known as Genius Drive. 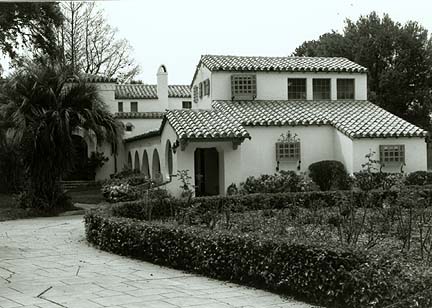 The famous Winter Park architect James Gamble Rogers designed the mansion on Lake Virginia that would in time be the residence of Mr. and Mrs. McKean.  The mansion was named Wind Song. 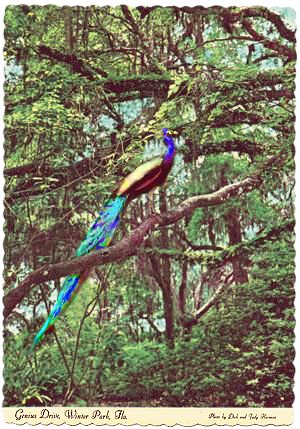 The McKeans loved peacocks and soon there were dozens of them wandering around their property.  They generously let the public drive through Genius Drive. 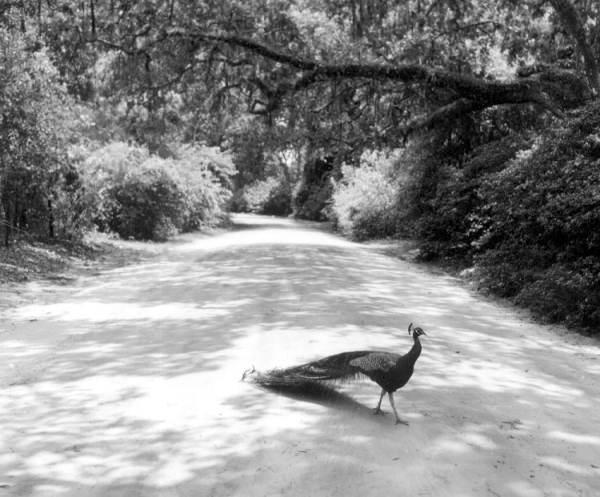 Things went well for several years until some acts of vandalism, including someone shooting a peacock with an arrow, forced them to close the road during the week.

They left it open to the public on Sundays. 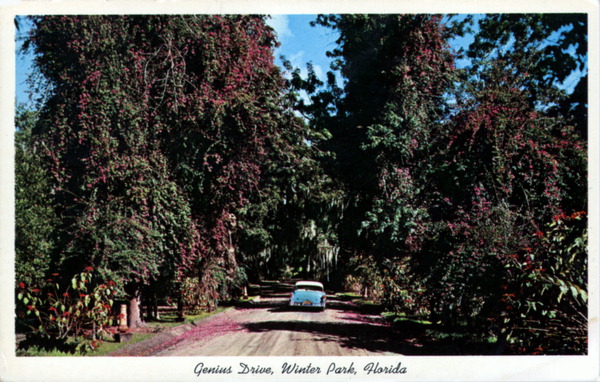 Genius drive was finally closed to visitors all the time.  Many Central Floridians remember it with great fondness.  The City of Winter Park adopted the peacock as the city's symbol.

You can learn more about Genius Drive and the peacocks at the Winter Park History Museum, 200 W. New England Avenue.