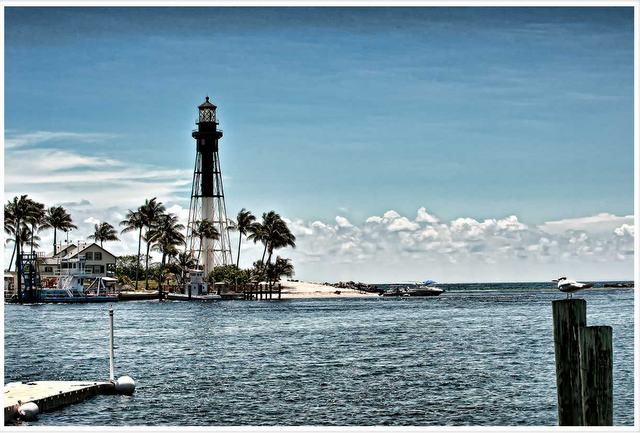 This inlet can be treacherous under certain conditions of wind and tidal current, so it is prudent to have local knowledge before entering and exiting.

I spent a rough night many years ago tied up to an old wooden dock in the small harbor inside the inlet.

The ancient Alden yawl I was on took quite a pounding from the rollers that came in from the ocean.

Some 40 years later, I still remember that rough night as I pass over the bridge that spans the connection from the inlet harbor to the Intracoastal Waterway. 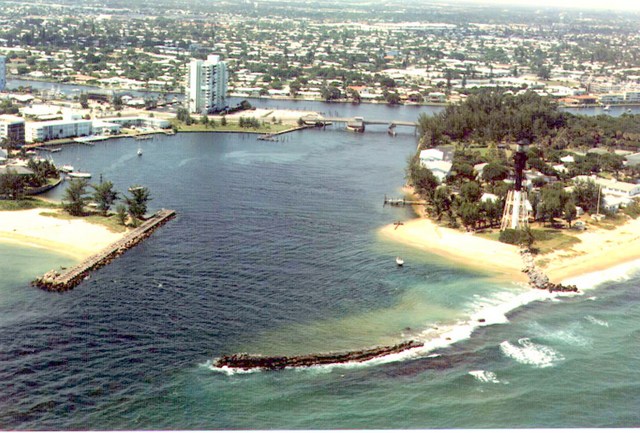 The lighthouse was first lit in 1907, and can be seen from ships 28 miles at sea.

In the years before the lighthouse, in the 1880s, the U.S. mail could only be delivered periodically to settlements like Palm Beach and Miami to the south by schooner from Key West.

There was no regular mail delivery to these southern outposts by land.

THE HISTORY OF THE BAREFOOT MAILMAN

In 1885, the U.S. Postal Service established a mail route from Palm Beach to Miami and back. The route was a 136 mile round trip.

The route was covered by mailmen going part of the way by boat and the rest of the way walking on the beach between inlets.

This mail route was in operation between 1885 and 1893 and involved several mailmen.  They are now known collectively as "The Barefoot Mailman".

The mailman traveled about 80 miles on foot and 56 miles by boat on his round trip.

The route began in Palm Beach and ended in Lemon City, now known as the Little Haiti neighborhood of Miami. 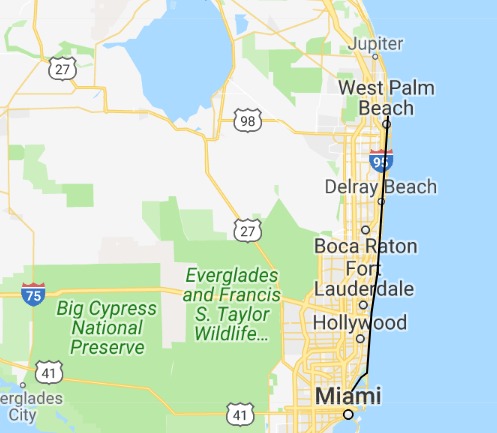 The Route of the Barefoot Mailman

By walking along the beach and crossing inlets and streams in small boats, he finally made it to Lemon City.

The trip took 6 days. The mailman would leave Palm Beach on Monday morning and take a boat to the southern end of Lake Worth.

He would then walk over to the beach at what is now Delray Beach, spend the night, and continue walking on the beach in the morning.

He'd finally make it down to Lemon City on Wednesday night.

He started heading back north on Thursday morning and got back to Palm Beach on Saturday evening, if all went well.

It was a hazardous trip, and the mailman had to cross several inlets on the route including the one at Hillsboro Inlet.

One of the mailmen, Ed Hamilton, disappeared and was apparently drowned or eaten by sharks or alligators in Hillsboro Inlet. His body was never recovered. 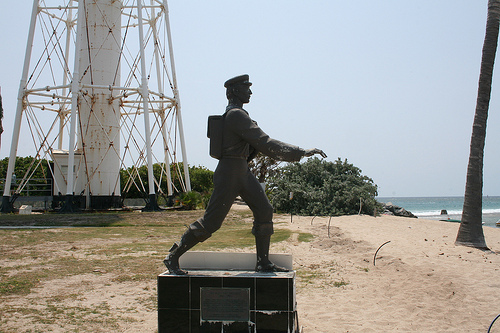 The lonely area that claimed the life of the barefoot mailman has become populated with some of the most expensive homes in south Florida in the past hundred years.

The area immediately north of the inlet along State Road A1A is known as "Hillsboro Mile" and is in the town of Hillsboro Beach.

Some magnificent mansions along this coast stretch from the ocean to the Intracoastal Waterway.

Pompano Beach is to the southwest of the inlet, and Lighthouse Point is to the west.

Pompano Beach is a major Broward County city that gets its name from the pompano, a fish that is plentiful in the ocean near Hillsboro Inlet.

There was a small settlement in the area when Henry Flagler's train came to town in 1896.  Since then, the town has been in an almost continual growth pattern.

The town was incorporated in 1908, and is even older than Broward County which came into existence in 1915.

Like most South Florida towns, there are not too many historic buildings that have survived the passage of time. 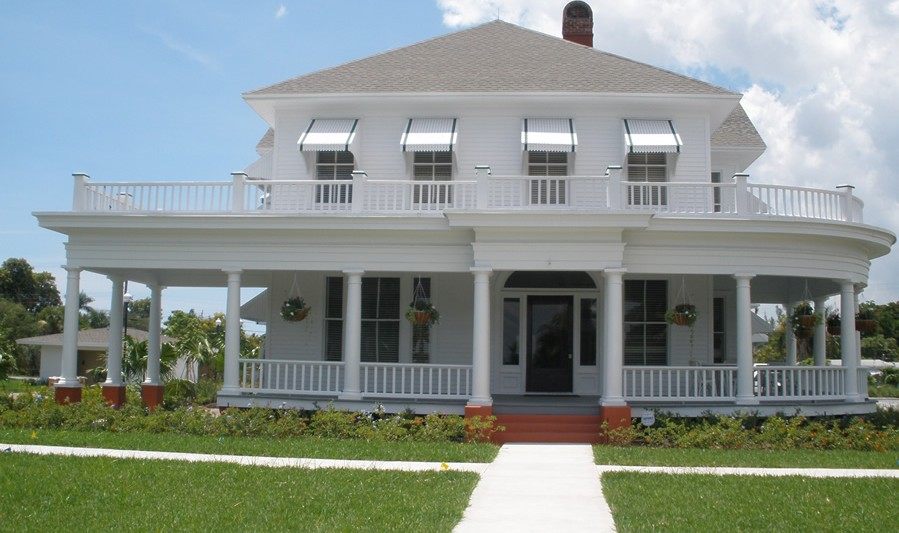 One that has is the historic Sample-McDougald House that goes back to 1916.  It is listed on the National Register of Historic Places.

Albert Neal Sample built the house.  He was an early pioneer in this area.  Sample Road is named for him.  He was active in Pompano Beach until his death in 1941.

His heirs sold the home to the McDougald family in 1943, and they lived there for many years and took good care of it.

The home was moved from its original site to Centennial Park in 2001 and today the home serves as a museum and community event venue. 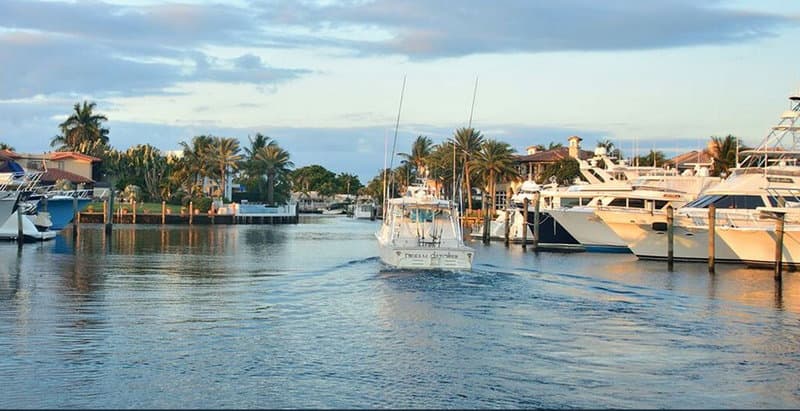 Lighthouse Point is a small city of 10,000 people on the Intracoastal Waterway immediately west of Hillsboro Inlet.

The community is laced by canals and upscale waterfront homes.  It's proximity to the inlet makes its a prime location for sport fishing.

HILLSBORO BEACH IS SMALL AND AFFLUENT

Hillsboro Beach extends north from the inlet for 3.2 miles along the barrier island between the Atlantic Ocean and the Intracoastal Waterway. 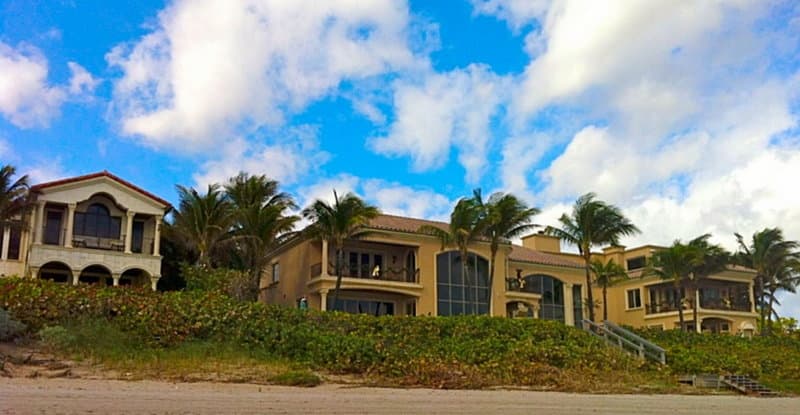 Many of the mansion properties extend from the ocean to the Intracoastal.  You can see some huge yachts along this stretch of State Road A1A.

This stretch of mansions is known as "Hillsboro Mile" by some and "Millionaire's Mile" by others.

Cap's Place is an Old Florida icon that should be visited at least once by everyone interested in Florida History and the old way of life.

It is on the U.S. National Register of Historic Places and people go to Cap's for the ambiance as much as the food. 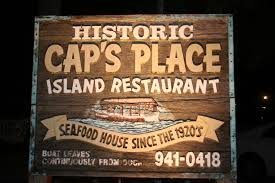 Cap's is a place that has had it's share of famous visitors. The much traveled Al Capone and movie stars and tycoons have enjoyed its food and drink since it was first opened in 1928.

ALL ABOUT HILLSBORO INLET FLORIDA PLACES