Lewis Plantation was an old time Florida tourist attraction that defied all probabilities of succeeding. It was on U.S. 41 about two miles south of Brooksville.

You can still see some of the old tumbled down buildings west of the highway, all that remains of this roadside attraction. 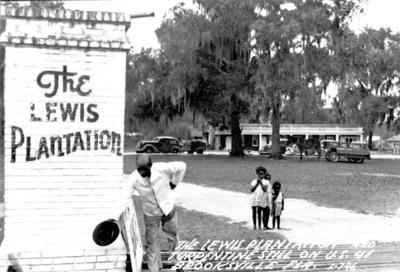 Lewis ran into financial trouble in the 1930s while operating the turpentine still because there was too much turpentine on the market and not enough demand.

He had to do something to make a living and came up with the idea of developing a tourist attraction on the property. 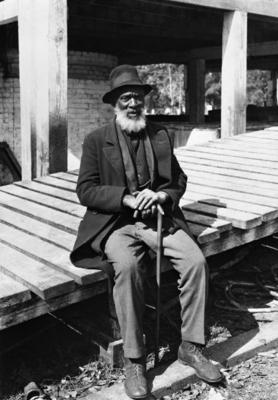 He decided tourists would love to visit an old time plantation run after the Civil War by freed slaves. So he named the new attraction "Lewis Plantation and Turpentine Still" and went to work.

He hired African-Americans from the area around Brooksville to play the roles of impoverished freed slaves. He also had other black folks playing roles that were stereotypical in the Old South of his time.

He even had a "Mammy" and "Pickaninnies at play" among his cast. 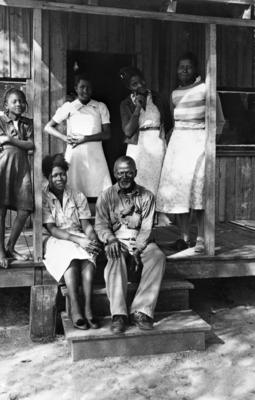 This racially insensitive attraction should have flopped, but amazingly it did very well and made some nice money for Lewis.

Tourists paid 15 cents for a ride in a mule drawn wagon quite often driven by Lewis himself.

Lewis built a restaurant on the property that specialized in southern food, and also had a typical roadside gift shop loaded with souvenirs. 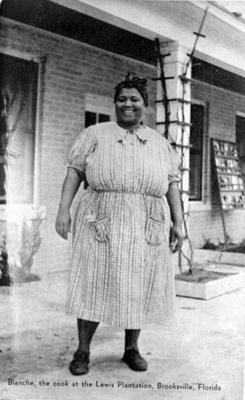 As somebody once said, the times were a-changing and more enlightened attitudes and the Civil Rights movement began to pave the way for the end of the Lewis Plantation.

By the end of the 1950s, people were no longer entertained by the stereotypes of the attraction and Lewis Plantation was history before the end of the decade.