Madeira Beach, Florida is on the Gulf of Mexico in Pinellas County across Boca Ciega Bay from St. Petersburg.

Locals refer to their little city as "Mad Beach." 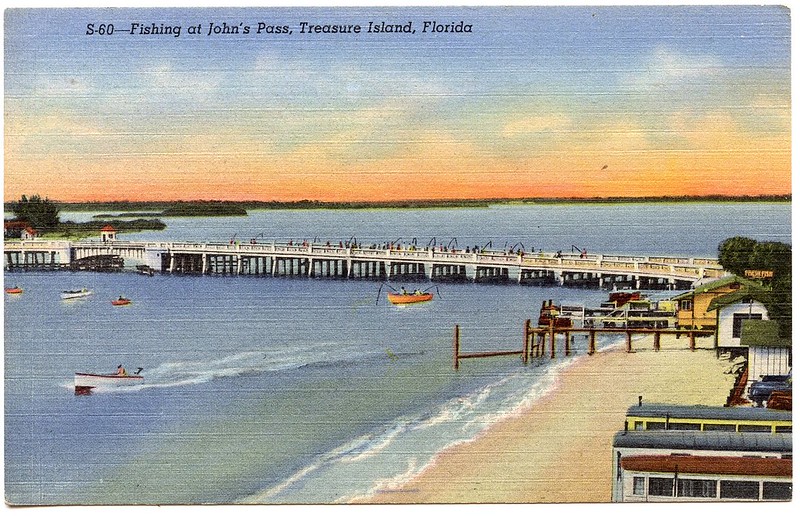 A happy slogan for the town is "Two Miles Long and a Smile Wide."

The population of Maderia Beach is about 4,400, and the city is mostly residential with very few little commercial activity.

The Madeira Beach area began to develop slowly and in the early 1900s a developer named Noel Mitchell built a hotel on the north side of John's Pass.

This early attempt at tourism on the beach side did not go well because there was no bridge to the mainland and no water or sewer facilities.

The dream was smashed when a 1921 hurricane destroyed the hotel. 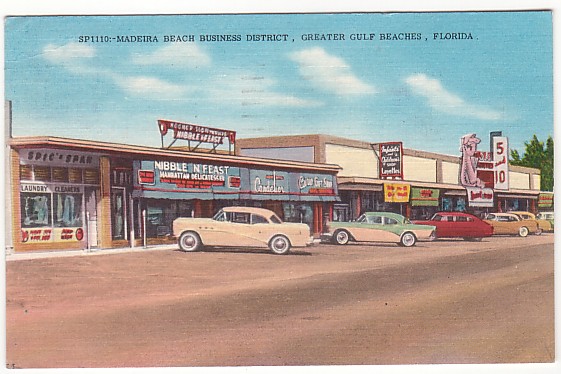 A developer named David Welch bought all of Mitchell's land in what is now Treasure Island and most of the beach property from 150th Avenue north to Indian Shores.

Welch also pulled the right political strings to get a bridge built to Madeira Beach from St. Petersburg in 1926.

Shortly after that, the first bridge was built over John's Pass.

How Madeira Beach, Florida Got Its Name

According to historian Allen Morris, the name Madeira comes from Madeira, Portugal.  The word means "wooded" and that's what the beach was in the early days.

A developer named A. B. "Bert" Archibald is said to be who came up with the name.

Development began in earnest, both north and south of John's Pass.

It was still a fishing village, but things changed in the 1950s when dredging operations created canals and residential lots on what is now known as Crystal Island.

It wasn't long before retirees began to buy the lots on the canals and many single family homes were built.

Madeira Beach was incorporated in 1947.

Tourists began coming to enjoy the beach, and several small motels were built in the early days.

The town is still largely residential and many of the residents are snow birds, so the place is quieter than some of the more touristy areas along the Pinellas County beaches. 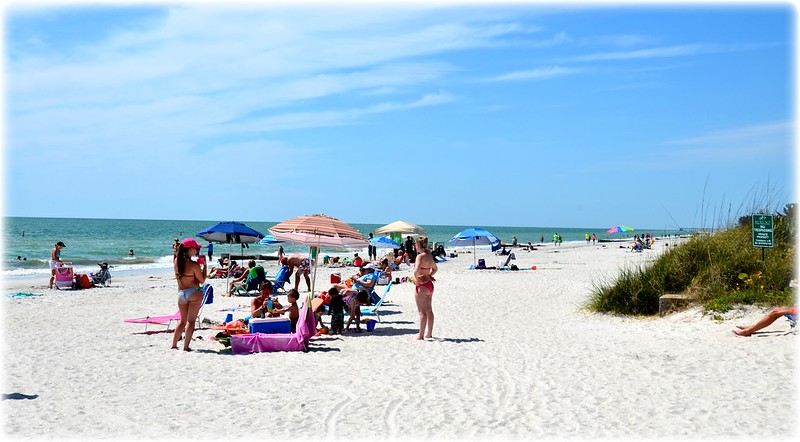 The old mom and pop motels that were so charming not so many years ago have been replaced by oceanfront condominiums.

The beach is still accessible and is as pretty as ever.

Two areas in Madeira Beach draw a fair amount of locals and tourists.

The first is John's Pass Village,  a shopping venue centered along a boardwalk on John's Pass. It is an easy walk from the Village to the sandy Gulf beach just to the west.

It is a nautically themed place with hundreds of restaurants, shops and curious small tourist attractions. 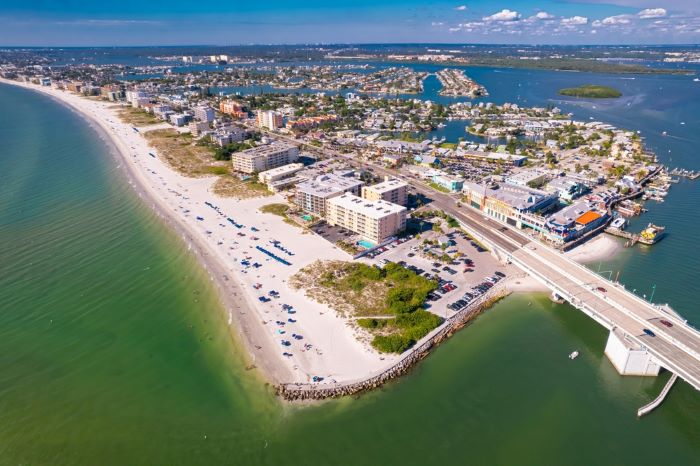 A local charter captain, Wilson Hubbard, convinced the leaders of Madeira Beach to let him build a boardwalk along the public waterfront along John's Pass adjacent to his marina.

He built the boardwalk in 1980 and led the development of the community of John's Pass Village.

He added interesting boardwalk shops over his marina in 1982 and 1983, and the area has continued to develop with the fishing village theme over the years.

The second place that draws a lot of lookers, especially photographers, is The Church by the Sea.  The non-denominational church was built in the 1940s. 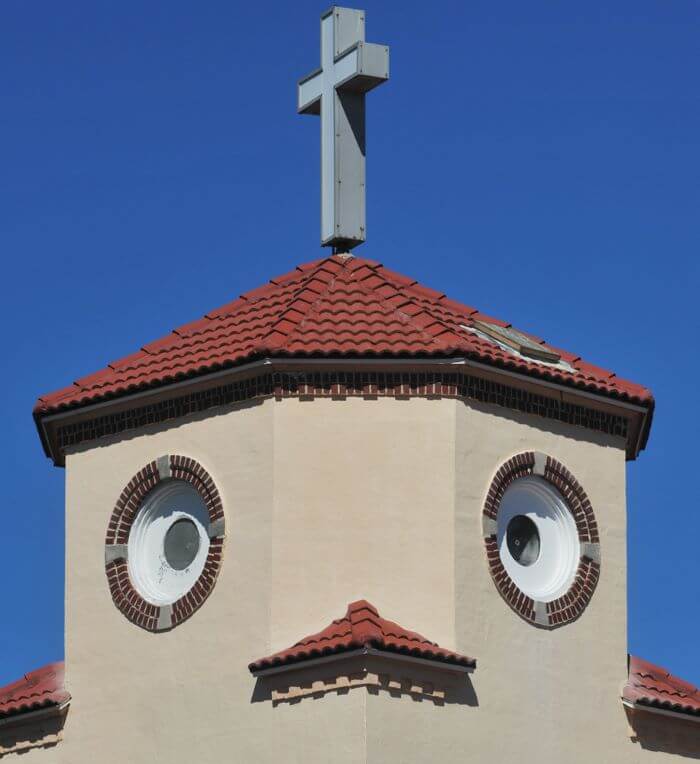 Closeup of Madeira Beach Chapel by the Sea

Although it is an attractive building, the thing that makes it popular to shutterbugs is the Spanish style tower on the church. 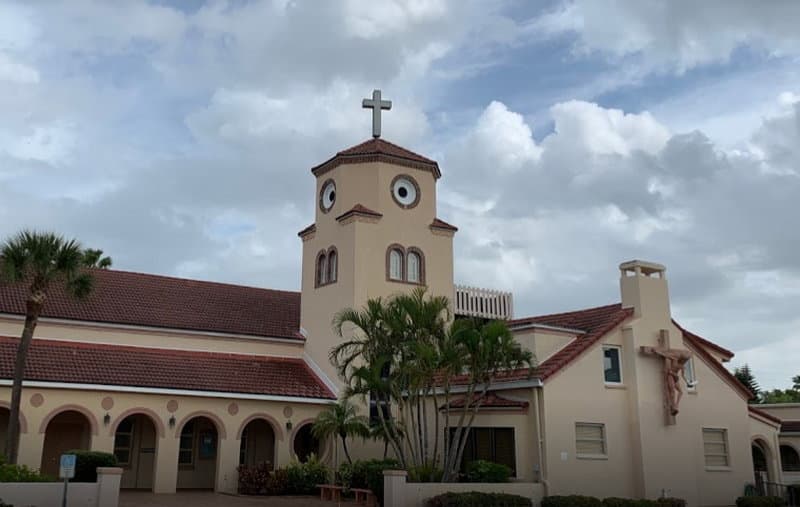 Madeira Beach Chapel by the Sea

No matter which way you look at it, the tower resembles a giant chicken.  Then it becomes one of those things you can't unsee.

Locals and tourists refer to it as "the chicken church."

ALL ABOUT MADEIRA BEACH, FLORIDA

MADEIRA BEACH THINGS TO DO