ON TOP OF THE WORLD
Ocala, Florida

On Top of the World Things To Do, Lodging, Dining, & Real Estate At End Of Article

On Top of the World in Ocala, Florida is a large master planned 55+ active adult retirement community located on State Road 200 about 11 miles west of downtown Ocala.

It is about 28 miles north of its closest lifestyle competitor, The Villages Florida. 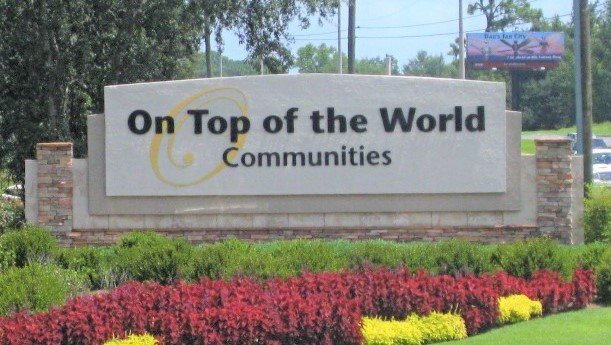 Residents and other locals refer to the community as OTOW.

On Top of the World is actively being developed by Colen Built Development, LLC.  It is the second Florida development with this name.

On Top of the World in Clearwater broke ground in 1960 and by the 1990s was completed and has since become a popular west coast Florida retirement community.

ON TOP OF THE WORLD, FLORIDA HISTORY

On Top of the World Communities, LLC was founded in 1947 by the late Sidney Colen, who began his career in development and construction in Pinellas County.

He built dozens of condominiums and residential subdivisions, and also created the town of Kenneth City in the St. Petersburg area and the first On Top of the World in Clearwater.

Kenneth City was actually named for his son, Kenneth Colen, in 1957 when Kenneth was 6 years old.

In 1975 he extended his operations to Marion County by buying the Circle Square Ranch, a historic working cattle ranch west of Ocala.

Kenneth Colen, was involved in the family business during most of its existence, and in 1981 became head of the organization.

Sidney Colen passed away at age 90 in 2009 in Clearwater, Florida and his son Kenneth still runs the organization.

THE PURCHASE OF THE CIRCLE SQUARE RANCH

The Circle Square Ranch was a 12,900 acre cattle ranch established by James Norris in the 1940s and owned by the Norris Cattle Company. 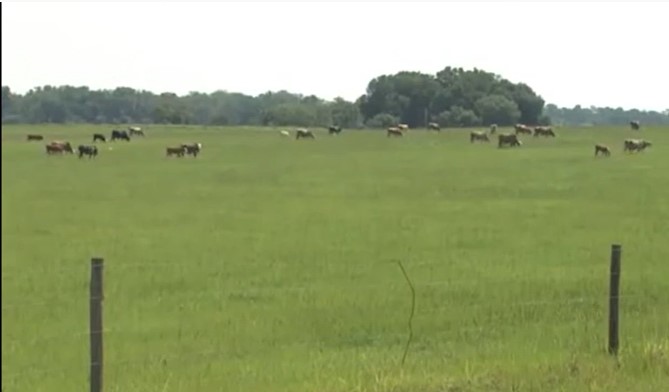 Sidney Colen purchased the ranch in 1975 and began to put together a development like almost no other in the United States.

He decided early on to develop his new community while carefully preserving much of the natural land and working operations of the ranch. 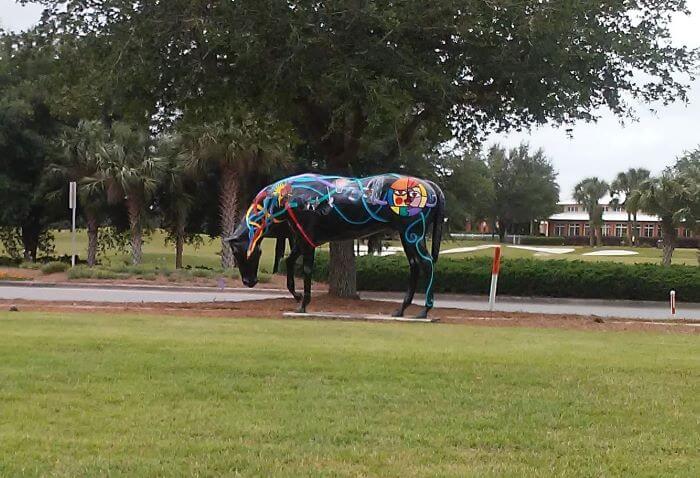 Equestrian Statue at On Top of the World

A large portion of the original ranch remains in operation although surrounded by the neighborhoods and homes of On Top of the World.

ON TOP OF THE WORLD, FLORIDA TODAY

The Circle Square Ranch is still in operation with 1,200 cattle grazing on 9,000 acres.

The long time manager was the late E.L. Strickland, who was named Rancher of the Year by the Florida Cattlemen's Association, and earned the ranch the Environmental Stewardship award. 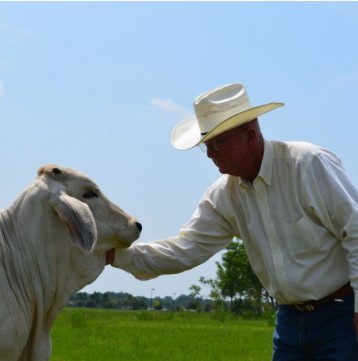 Many of the residents of On Top of the World are fond of "their cows" and are proud to be part of this working operation.

The ranch also has abundant wildlife such as burrowing owls, gopher tortoises, and other endangered or threatened Florida animals who have a happy home here among the cows and people.

ON TOP OF THE WORLD COMMUNITIES

The Circle Square Ranch Master Association, Inc. is a homeowners association composed of the individual neighborhood associations in the community as well as the developer, Colen Built Development, LLC. 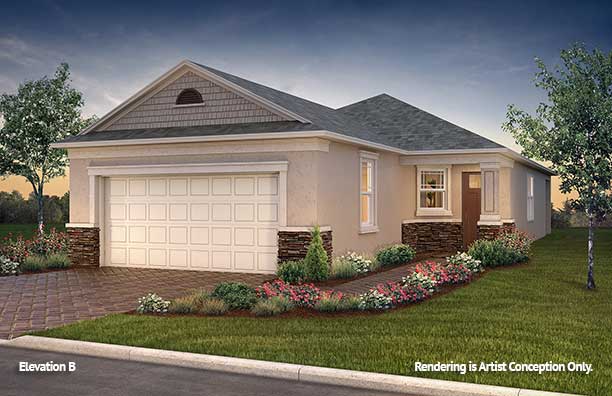 There are 15 neighborhoods in several gated communities in On Top of the World, each with a different ambience and catering to different interests and lifestyles.  These are:

In some of the communities you do not actually own your lot;  you instead have a 99 year land lease.  In others you have fee simple ownership of the property.

There are three golf courses in On Top of the World: 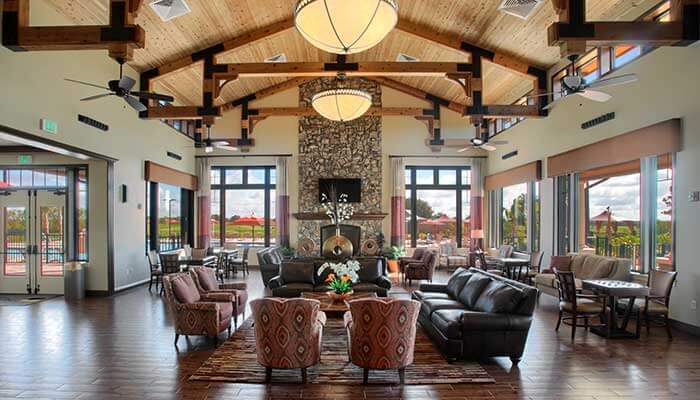 The community is laid out with miles of trails and numerous recreational facilities such as:

Many OTOW residents have golf carts and are able to visit almost everything in the community without ever cranking up their car. 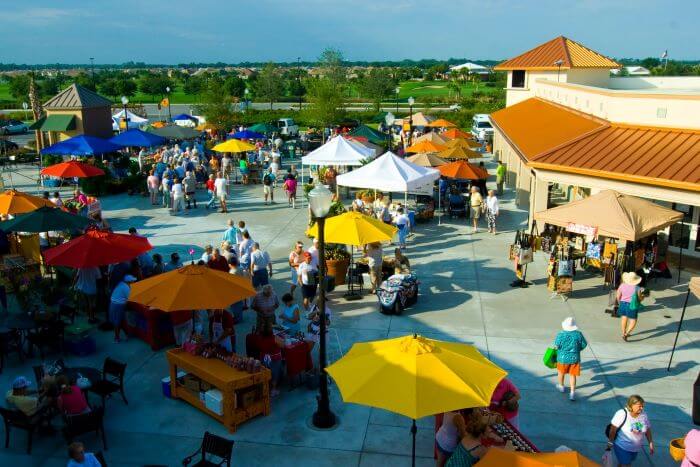 Circle Square Commons is on the northern side of On Top of the World and is home to Master the Possibilities Lifelong Learning Center and its classrooms as well as other businesses.

The large Circle Square Cultural Center is a theater style auditorium that seats 930.  It is an ideal setting for concerts, galas, plays, and conventions. 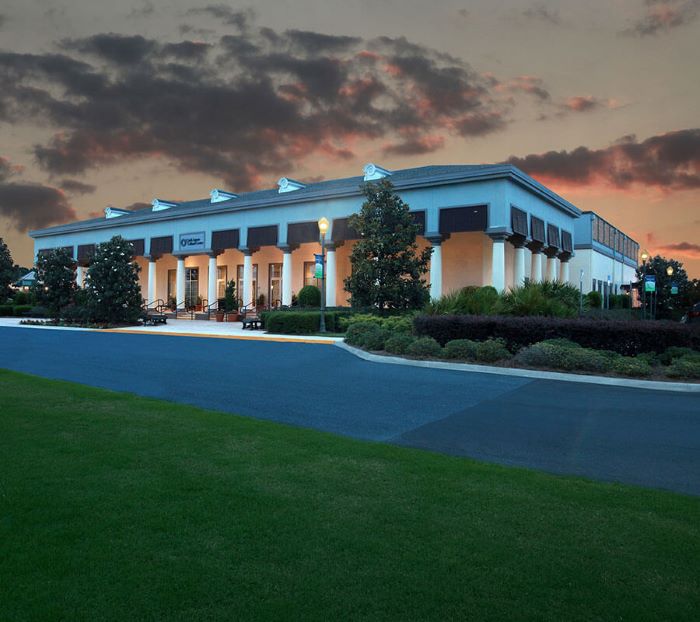 Tribute concerts are also a popular attraction among the active senior population of On Top of the World.  You may see tribute concerts by lookalikes for Elvis, Kiss, Van Halen, and many more.

The Circle Square Commons is open not just to OTOW residents, but the general public as well.  They have weekly live entertainment, markets, art and craft shows, and more. 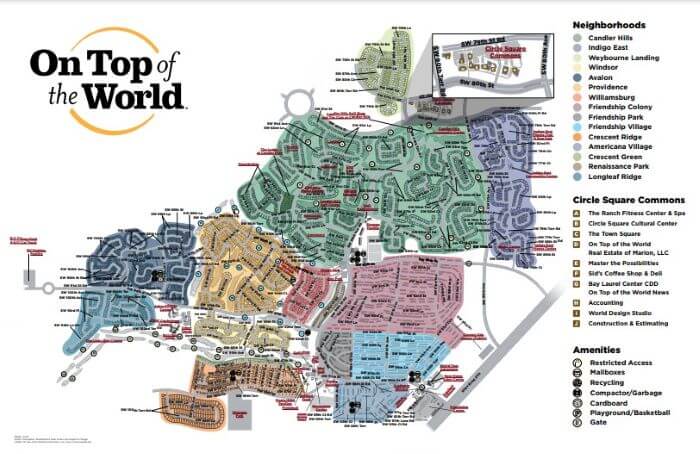 Map by On Top of the World Communities, LLC
Click Map for Larger View

The map above is On Top of the World Communities.  If you click on the image of the map you will be taken to a PDF map than can be zoomed in and out for a closer look at the community layout.

There is a large shopping center anchored by a Publix at one of the main entrances to On Top of the World.  The center has a nice collection of restaurants and shops popular with the locals.

Sidney Colen realized that most retirees have spent their lives doing something they were good at.  He thought it was a shame they just retired and stopped working.

He wanted them to be able to share their knowledge with younger people, stay engaged, and be mentors to others.

Having traveled all over the state for many years, I have never seen anything to match the Master the Possibilities program at On Top of the World. 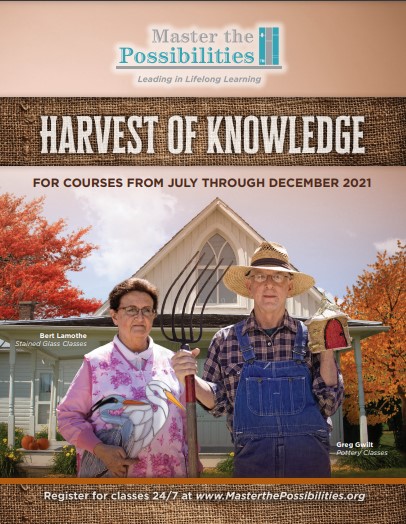 It is a not for profit adult learning and instruction organization started by the Colen Family Trust Foundation, providing top notch instruction to residents of OTOW and the general public.

Click on the cover of see a PDF catalog of their recent course offerings.

You can learn all about cameras, painting, language, legal, economics, creative writing, local and national politics, history...the list is endless.

They offer as many as 900 classes each semester attended by more than 25,000 students.

I have first hand experience as a "teacher" in some cases and as a "student" in others.  Both were very rewarding to me.

The developer of On Top of the World, Colen Built Development, took their expertise of master planned 55+ communities and created an all-ages single family master planned community.

Then new community, maned Calesa Township, is located just north of On Top of the World and began in 2020.  Its name is Calesa Township. It will eventually have 5,000 homes on about 1,500 acres.

It has a tuition free K-8 public charter school recently opened in 2022, and is home to the new Florida Aquatics Swimming and Training aquatic center, FAST, with indoor and outdoor pools.

THE STORY OF SHOLOM PARK 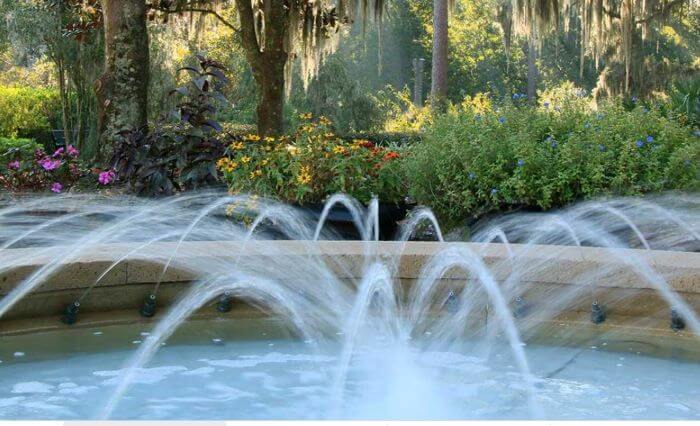 The Colens wanted to create a quiet park which people could visit to enjoy some natural peace and quiet in a busy world.

It is a private park the opened in 2004 that focuses on native Florida plants that need little maintenance.

The native vegetation is punctuated by many flowers, perennials, annuals, and meadows, and woods.  There are paved walkways that provide an easy way to explore the park.

The park is also a popular wedding venue and quiet space for other community activities.

ALL ABOUT ON TOP OF THE WORLD, OCALA, FLORIDA

ON TOP OF THE WORLD CLUBS/ACTIVITIES

ON TOP OF THE WORLD RESTAURANTS

ON TOP OF THE WORLD ENTERTAINMENT

ON TOP OF THE WORLD MASTER THE POSSIBILITIES

ON TOP OF THE WORLD REAL ESTATE

ON TOP OF THE WORLD, OCALA FLORIDA
INTERACTIVE GOOGLE MAP