Port Salerno, Florida is a residential and fishing village in unincorporated Martin County on the south side of Stuart.

It is located along the waters of the St. Lucie River near the inlet to the Atlantic Ocean. 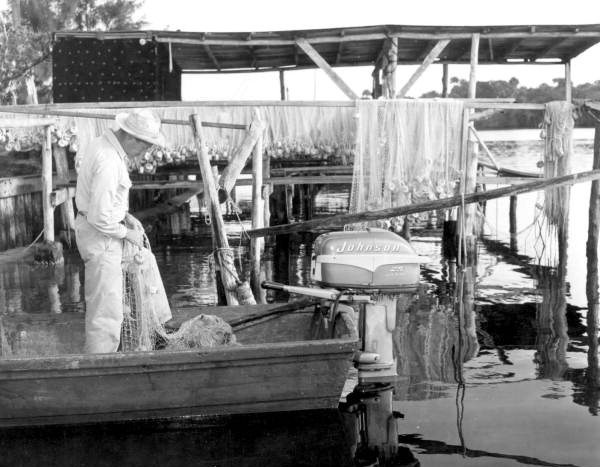 You can see the district in the lower right hand corner of the aerial photo below. 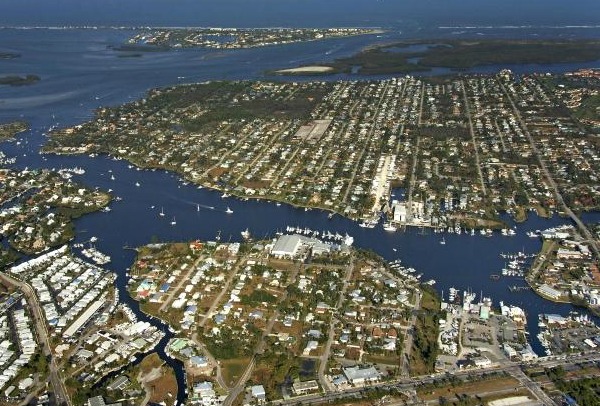 Manatee Pocket is well known by boaters as a natural "hurricane hole", as good a place to take shelter in a bad storm as any harbor along the east coast of Florida. 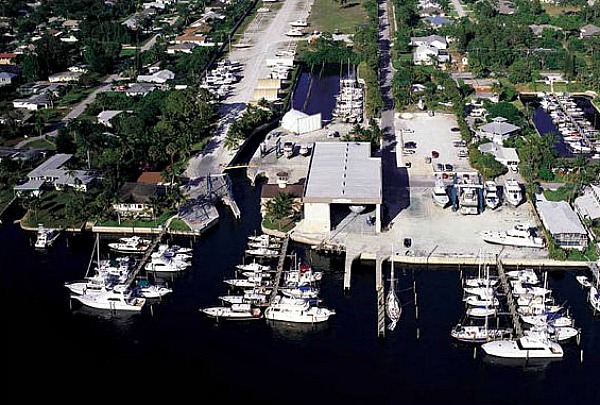 Boatyards and Marinas on Manatee Pocket

Port Salerno was founded in 1894 as Salerno and the "Port" was added in 1924. The name had been chosen by some of the earlier settlers who were from the Italian town of Salerno.

Most people in the early years made their livings by fishing commercially or working in nearby pineapple farms. In the 1930s, Port Salerno became well known for its shark industry.

The population of the Port Salerno area is about 10,000, but it is contiguous with the larger and busier Stuart and is often considered part of that town.

The residential areas are east of the waterfront district on a large peninsula separated from nearby Jupiter Island by Great Pocket, a section of the Intracoastal Waterway.

Many cruising yachts stay at the marinas in the area during the winter; others stay there year around. 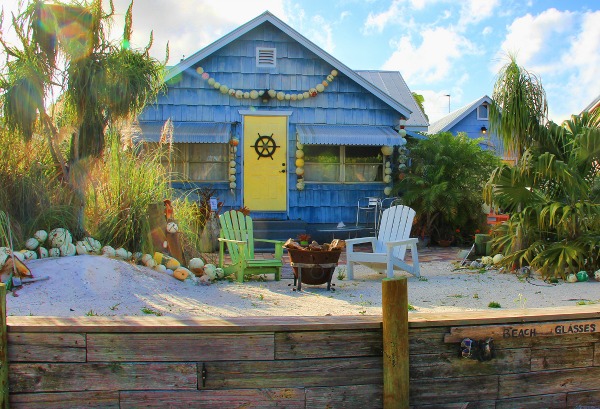 Fishing with large nets was banned by the State in 1995, and the commercial fishing industry was devastated.

Since then, the marine industry has taken the place of many of the commercial fishing establishments.

Although marinas and boat yards are all over the area, commercial fishing is still important to the town's economy.

People today like to visit the area's many nautical shops and seafood restaurants. 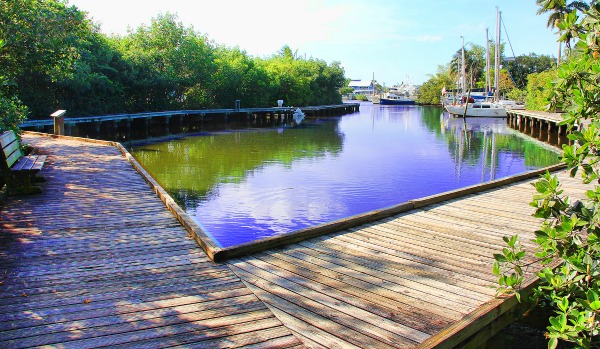 Martin County government and local citizens have been busy in recent years with preservation and improvement projects.

The goal of these projects has been to preserve the historic fishing village feel of the town and not let it become just another overcrowded Florida waterfront.

The Twisted Tuna is on the shoreline of Port Salerno.  It offers a beautiful view of the water that surrounds it on two sides, and is well known for its delicious seafood offerings. You can visit the restaurant by land or on a boat. 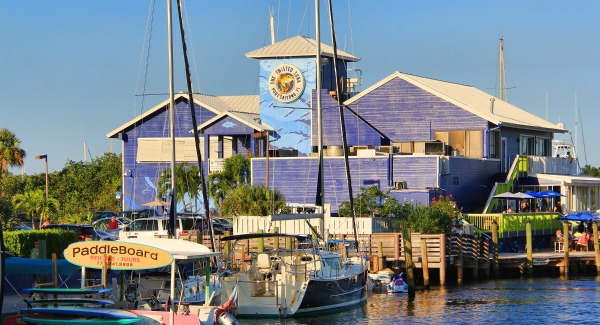 The interior is bright and open, and you have your choice of dining inside or outside on one of the decks. The menu features something for everyone, but seafood is the specialty of the house.

The atmosphere is friendly and inviting, and the service is great. The restaurant and bar quite often feature local musicians. 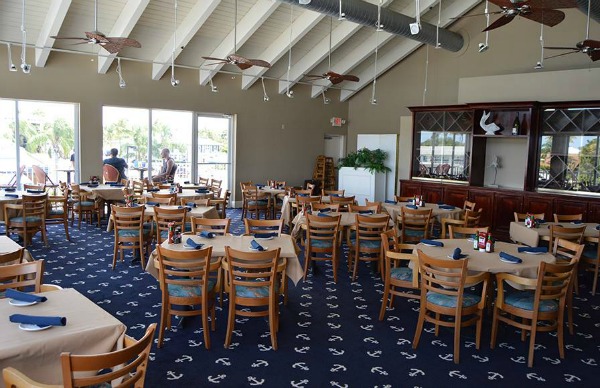 Some of their menu items include tuna based appetizers along with my favorite, Conch Ceviche. You can also get cracked conch and conch fritters, Oysters Rockefeller and Twisted Calamari.

They have a raw bar, too, and a wide selection of soups and salads and even feature sushi. Entrees include several kinds of steamed seafood platters and a large variety of fried baskets.

Other entrees feature various fish, shrimp or chicken tacos and a huge variety of sandwiches and wraps. Fish dinners feature grouper, mahi-mahi, snapper, salmon and they will even cook your own catch for you.

Landlubbers are not forgotten with an 8 ounce filet mignon, various chicken dishes, and a surf and turf feature with lobster tail. To cap it all off, Italian fans will love their large selection of pasta dishes and their brick oven pizza. They also have a gluten free menu.

The Twisted Tuna Cafe is open at 1100 am seven days a week, and closes at midnight except for Fridays and Saturdays when it stays open until 100 am. On Sunday they take it easy and close at 1100 pm.

ALL ABOUT PORT SALERNO FLORIDA