Iʹve always been fascinated by wax museums. Everyone - well, just about everybody - has heard of Madame Tussaudʹs famous chain of wax museums that today are in almost every major city of the world. 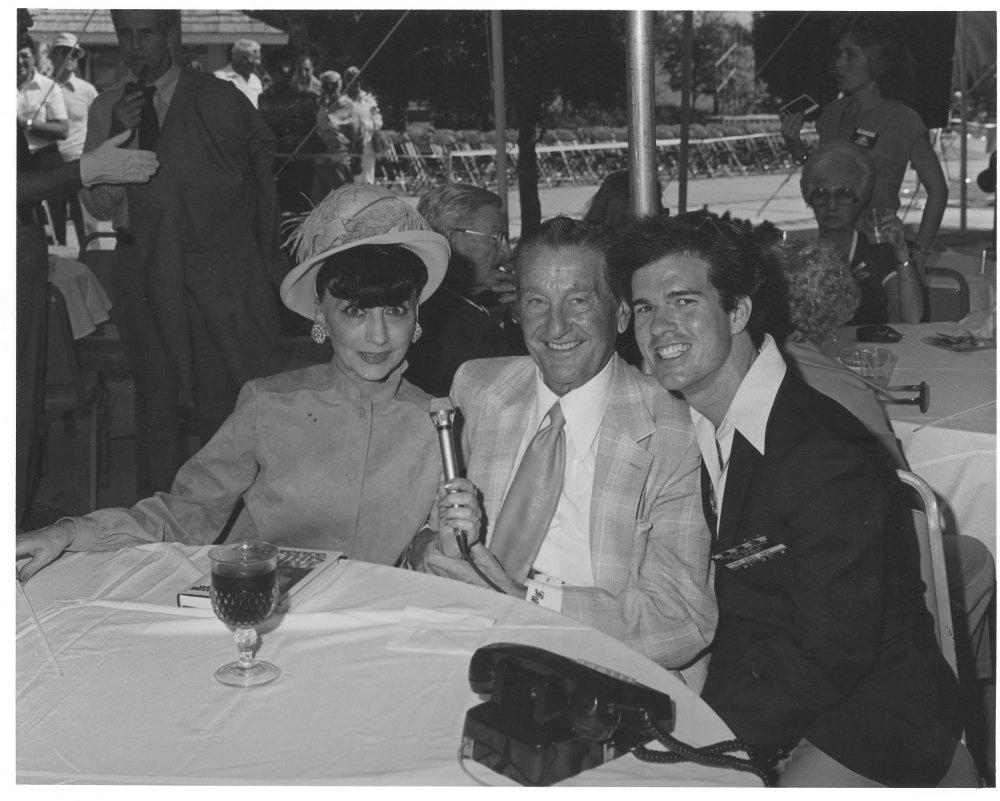 But did you know Orlando once had its own waxworks? And the building that housed it still stands today on I-4 and the Beeline Expressway.

You know the building - its the one that juts out almost to the interstate as you drive east toward Orlando from Disney World.

This was once the home of Stars Hall of Fame. The 20th Century Fox-owned attraction has since gone the way of Circus World and Cypress Gardens. But during its operation in the 70ʹs and 80ʹs it drew large crowds for two reasons.

First, there were over 100 lifelike wax figures of major motion picture and television stars. And you could have your picture taken with them.

But what really thrilled the crowds was when Stars Hall of Fame played host to real ʺliveʺ celebrities! Tourists - and locals alike - would stand in line for hours to watch the stars step out of the limos and be escorted down the red carpet where they would participate in a hand-print ceremony.

This tradition - which began at Graumanʹs Chinese Theatre in Hollywood during the Golden Days of Movie-Making - continued to thrill the crowds during the late 70s and early 80ʹ. 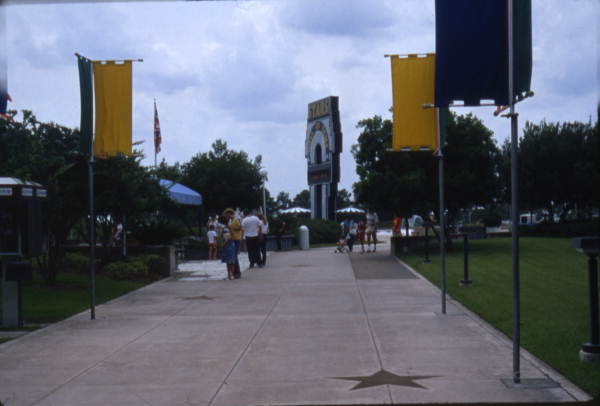 One of the many celebrities that appeared at Stars Hall of Fame was the Maestro of Champagne Music himself, Lawrence Welk.

The famed orchestra leader and TV personality danced with every female VIP guest that day while the populace looked on. One of the ladies he danced with was my friend, the late Helen Peikin.

Helen was a columnist for THE ORLANDO SENTINEL. Each week, she would answer questions and give advice to the senior citizen community in her column, ʺSpeakinʹ With Peikinʺ.

During Helenʹs reign as the champion for senior citizens she proclaimed every February ʺSenior Seasonʺ. And every February Lawrence Welk would bring his orchestra to Central Florida.

I remember one year Helen had me carry Mr. Welkʹs cake to the Green Room of the Lakeland Civic Auditorium. She pointed out the trumpet player who was once on ʺskid rowʺ and Lawrence Welk gave him a job.

But bringing in celebrities was not enough to keep the Stars Hall of Fame turnstiles clicking as the attraction found itself competing with an expanding SeaWorld and the newly-opened EPCOT.

A last-ditch effort to stimulate the attendance saw an elaborate production created in which members of the audience could participate in scenes from popular TV shows such as M*A*S*H.

This idea was later adapted by Disney-MGM Studios. Whenever I drive past that building on I-4, I recall the days when Orlando was flexing its muscles to become the Vacation Capitol of the World and the interstate was only a 4 for lane highway.

And thereʹs no end in sight.

Thank you for writing about these ʺlostʺ attractions. The Stars Hall of Fame was one of my favorite atractions as a young boy. Every summer my Mom and Dad would load me and my brother up in the station wagon and head to central Florida. We knew every attraction by heart.

I especially remember every visit would include a stop at The Florida Festival, Orlando, Seaworld, and then Stars Hall of Fame, before going to Walt Disney World for a week.

I will never forget the M.A.S.H. scene before entering the tunnel into the wax museum. Special effects like the Star Trek scene and others blew us away back then.

I could not wait to push the button at each scene. I also remember when the Superman scene was added with all those ice crystals!

I would love for my daughters to experience all of the old attractions just once....but they will have to settle for my boring descriptions instead.

Dec 01, 2011
ʺLost Tourist Attractions Will Live On In Our Memories
Greg May

Jason, Donʹt ever think youʹre boring your kids with your descriptions of attractions gone by! You should turn your children on to the ʺLost Tourist Attractionsʺ website! Thank you for your thoughtful comments.

I worked in almost every department from selling tickets, to cooking, to selling pictures of guests siTting in the hands of ʺKing Kongʺ. I was just barely out of high school at the time and it was such a wonderful and fun place to work.

I still have a big stack of black and white promo photos and many of them are autographed by the stars themselves when we had the hand printing in the cement out front.

Iʹll never forget the day I got to meet ʺAunt Ednaʺ and Redd Fox, and Paul Lynde. Those were some great old days....and when I got married in 1978, the manager allowed the ʺKeystone Copʺ to drive the gold Rolls Royce and take me from my home to my wedding and then to our wedding reception.

Yep, sure have lots of FUN memories.

Mike Says:  Thanks for sharing these fun memories. It is always amazing to learn how many people have great recollections of these old attractions.