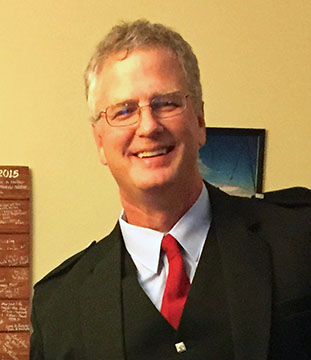 Will Granger was born in 1962 near Pittsburgh, PA and has been in Florida since 2002. He lives in Estero, just south of Fort Myers.

His real name is William Lindner, and he created his pen name to honor his parents; his dad always called him “Will”, and his mother’s maiden name is “Granger.”

Will graduated from James Madison University in 1984, where he majored in International Business and played football.

After graduating, Will enlisted in the U.S. Air Force and began his career as a crew chief on the KC-10A aircraft. He was always drawn to books and writing, and eventually retrained as an Air Force Public Affairs Specialist and went to journalism school.

His duties then included writing for and editing a weekly paper at Andrews Air Force Base and a stint in Seoul, Republic of Korea, as a reporter for the Pacific Stars and Stripes newspaper.

During his last few years in the Air Force, Will went back to school and then stationed at Patrick Air Force Base near Cocoa Beach, earned his MA in English Language Arts at the University of Central Florida.

He retired from the Air Force in 2006 after twenty years of active-duty service and began teaching college English classes at Embry Riddle Aeronautical University and high school English in Melbourne. He also wrote articles as a freelance reporter for Florida Today newspaper.

In 2016, he and his family moved to Estero, and Will switched to teaching sixth grade English at a school in Naples, a job and grade he still loves.

While teaching, Will began writing novels and short stories. His first two novels, Anabar’s Run and Anabar Rises are the beginning of a coming-of-age series about a young hero who has no royal blood, magic, nor wealth.

He uses Anabar’s Run in his classroom, but doesn’t tell his students about his writing until they figure out he is the author.

He has also written several short horror stories and based several in Florida. His story “The Deadly Path” takes places in a typical Florida housing development with more homes being built a few streets away.

While living in Estero, Will become interested in the Calusa tribe and began visiting some of the local historic Calusa sites such as Mound Key in Estero Bay, the Mound House on Ft. Myers Beach, and the Calusa Heritage Trail on Pine Island.

The story of how the Calusas fought against Ponce de Leon, and eventually killed him with a poison arrow, especially stayed with him.

Will is posting his notes and photographs from his research on his Substack page: Will Granger's Historical Fiction and Writing Newsletter