Alhambra Dinner Theater was the first treat I gave my family and myself after I graduated from college.  My first job was in Jacksonville, and the theater was new, having been built in 1967. 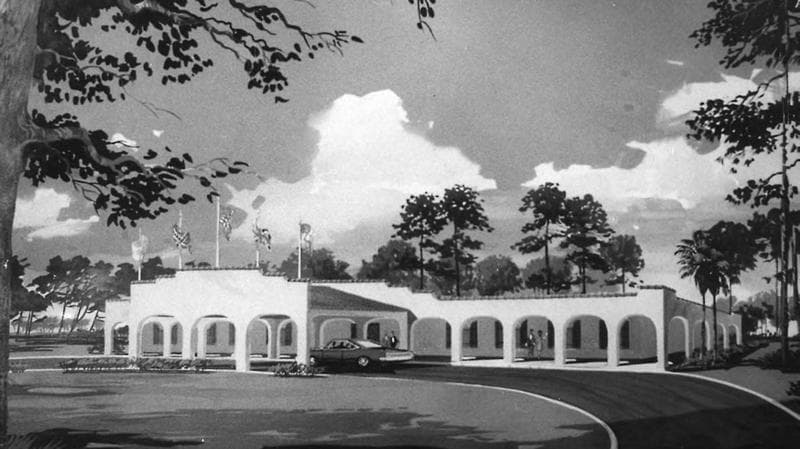 The play we saw was "Barefoot in the Park" in 1969.  The star was Dawn Wells.  She was well known from the television series "Gilligan's Island" where she played the role of Mary Ann Summers.

It was a great performance and a great dinner.  Everybody was happy.

In the early days of the dinner theater they featured shows with well known stars to attract business.  More than 100 big name stars have appeared here in various musicals and plays. 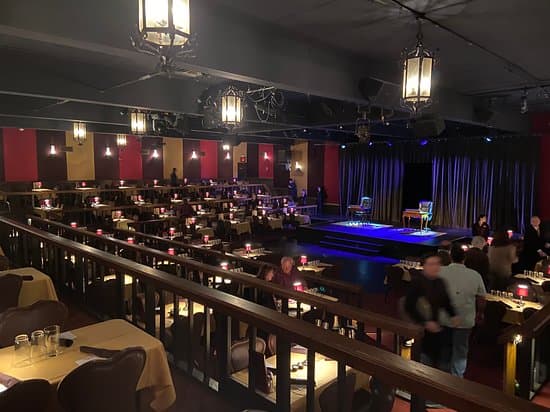 Alhambra Dinner Theater still features big name stars, but not as often as in the 1970s and 1980s.  Television commercials pay these stars a lot more money than dinner theaters, and with a whole lot less work. 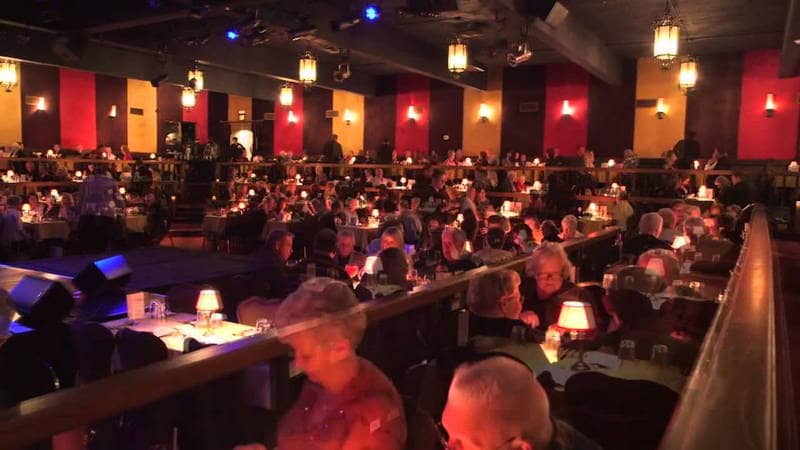 Three course dinners are served and there is a full service bar so your server can also bring you drinks.

Each show has its own menu.  An example is the menu for "Grease", a sold out play scheduled for July 30 through September 20, 2020.

First Course:  choice of one of either two different salads or "Pigs in a Blanket", made of smoked sausage, puff pastry, and whole grain mustard dip.