Christmas, Florida Things To Do, Lodging, Dining, & Real Estate At End Of Article

Christmas is a community of about 1,100 people on Florida State Road 50 about 24 miles east of Orlando and 16 miles west of the Space Coast and Kennedy Space Center. 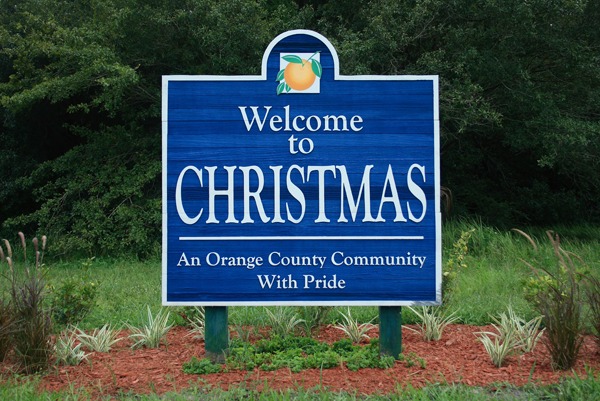 This community is the home of Fort Christmas, founded during the Second Seminole War. 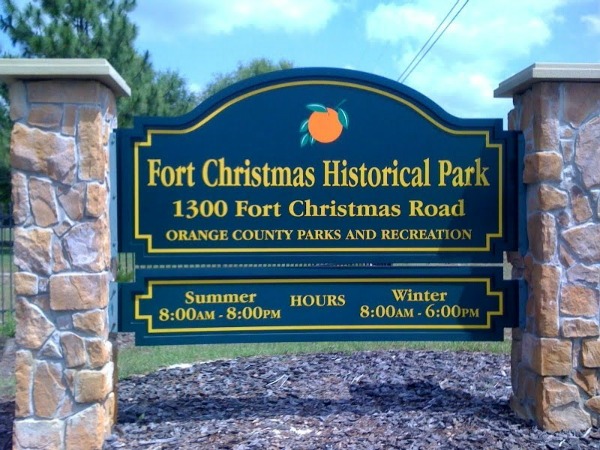 Fort Christmas Historical Park has exhibits and artifacts that explain the fort's role in the Second Seminole War. 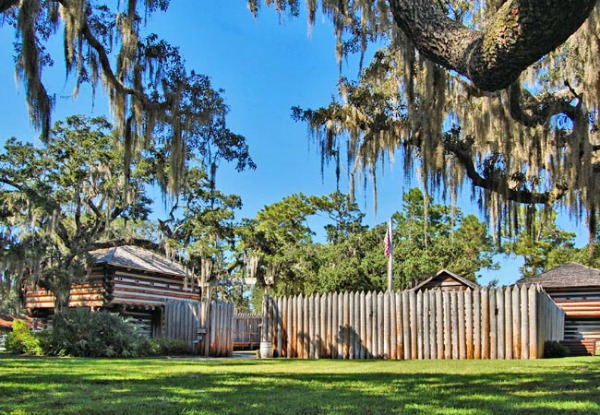 The first post office was established in Christmas in 1892.

The photo below from the State Archives of Florida is probably from the 1950s or 1960s. 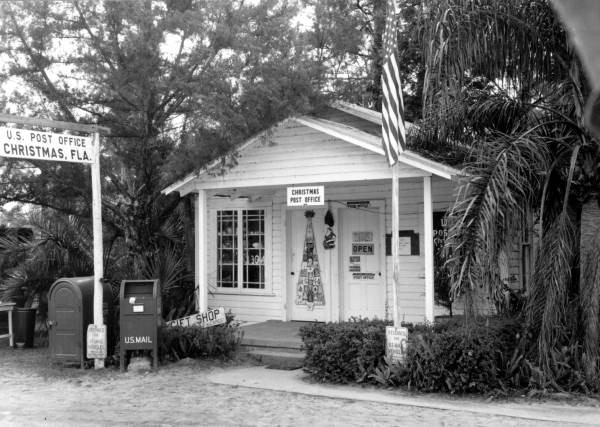 The original post offices have since been replaced by a more modern version. 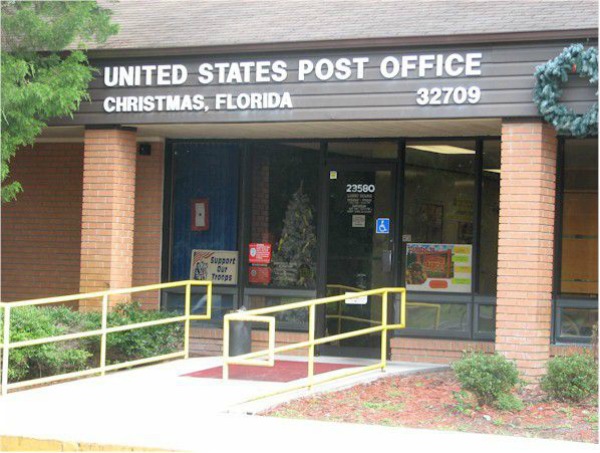 For many years, people have been driving from all over to have their Christmas cards postmarked "Christmas, Florida".

Sometimes Santa himself will sit in the lobby of the post office and personally stamp Christmas cards and packages. 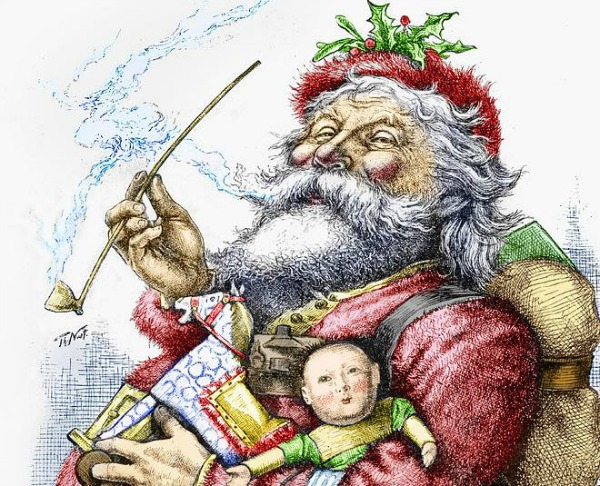 Many roads in this little town have appropriate names:  Cupid, Blitzen, and St. Nicholas Avenues along with Rudolph and Dasher Streets.

Another notable attraction prominently located on the north side of State Road 50 in Christmas is a 200 foot long building that looks like a gator. 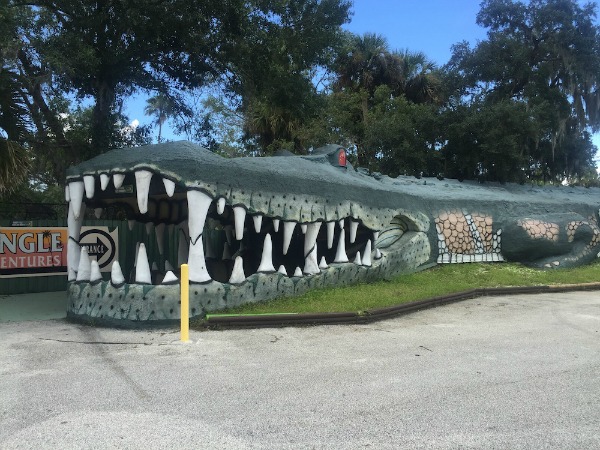 It is reported to be the worlds largest alligator, and its name is Swampy.

Swampy is home to Jungle Adventures, a natural habitat home to many Florida animals and a popular tourist attraction.

Christmas, Florida: A Connection to the Racehorse "Seabiscuit"

American sculptor Hughlette "Tex" Wheeler was born and raised in the cattle country around Christmas.

His pioneer family had settled in this area around the time of the U.S. Civil War.

He worked as a real cowboy, but his parents recognized his sculpting talent and sent him to the Cleveland School for the Arts. 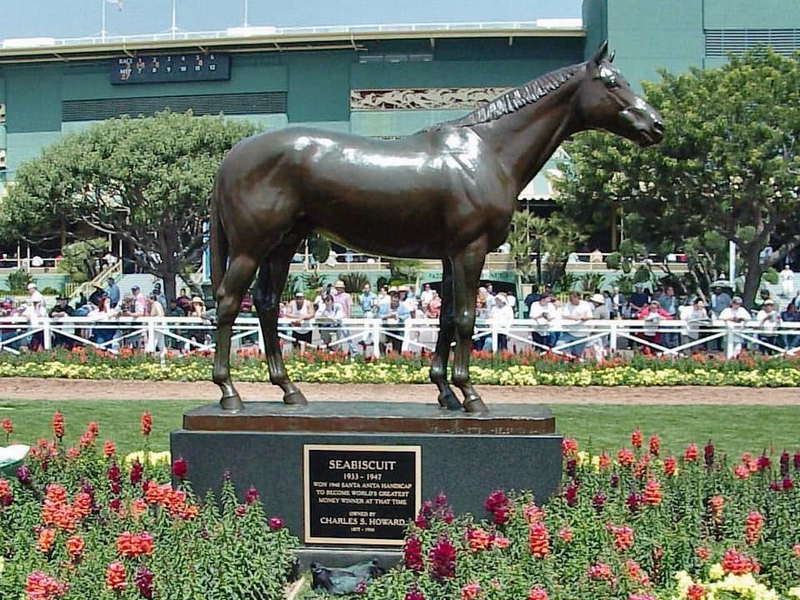 One of his most notable works was a bronze statue of the famous race horse, Seabiscuit.

The thoroughbred won several major races during the period from 1936 and 1940.  The statue is on display at Santa Anita Park racetrack in California.

The horse has been the subject of many books and movies. 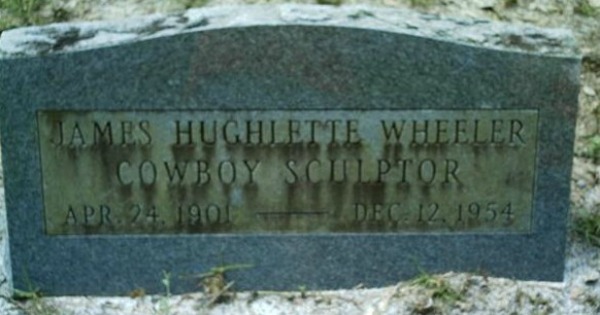 Wheeler made the mold for the statues while the horse was still alive, taking careful measurements.  Tex Wheeler is buried in the Fort Christmas Cemetery.

ALL ABOUT CHRISTMAS FLORIDA