The Florida Cracker horse is descended from the first horses brought to Florida by Spanish explorers in the 1500s. 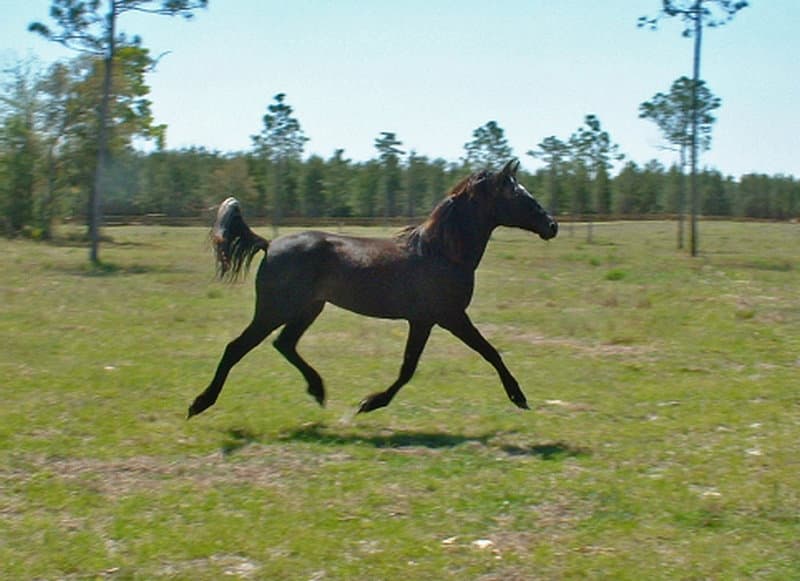 These small saddle horses were favored by the early Florida Crackers because they were smart, spirited, fast, strong, and easy to ride over the rough ground that was typical of frontier Florida.  They also have a strong herding instinct.

The early explorer, William Bartram, referred to the horses on his 1791 visit as to Florida as 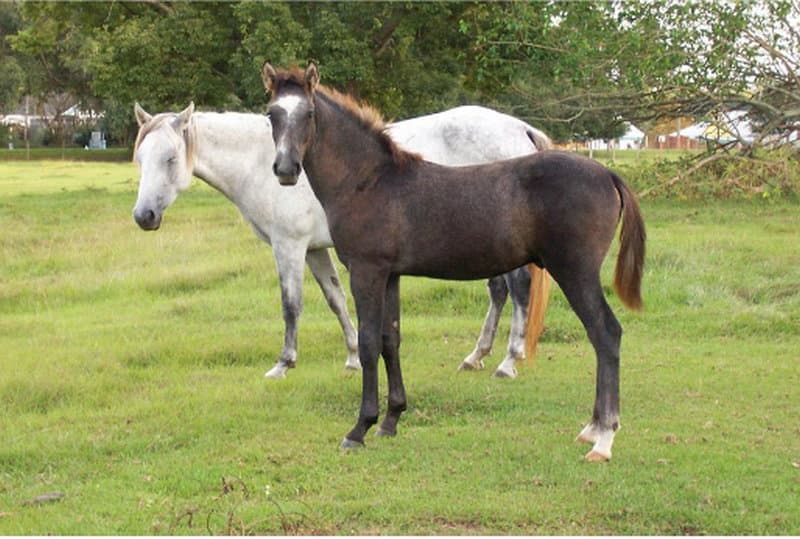 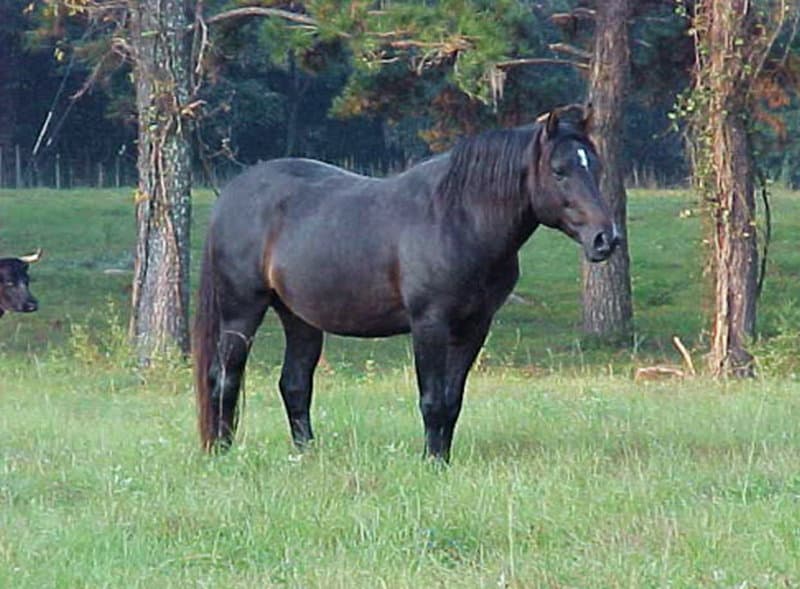 Florida had horses before these Cracker versions, but they became extinct 12,000 to 15,000 years ago and nobody seems to know why.

Ponce de Leon brought the first horses to Florida in 1521.  Other Spanish explorers in the era brought even more. 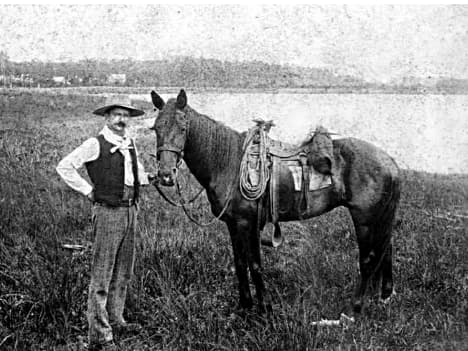 One Spanish explorer, Panfilo de Narvaez, was said to have released many horses near the mouth of Charlotte Harbor.  He put these horses off his ships because their weight was making the draft of the ships too great, preventing them from sailing into the harbor. 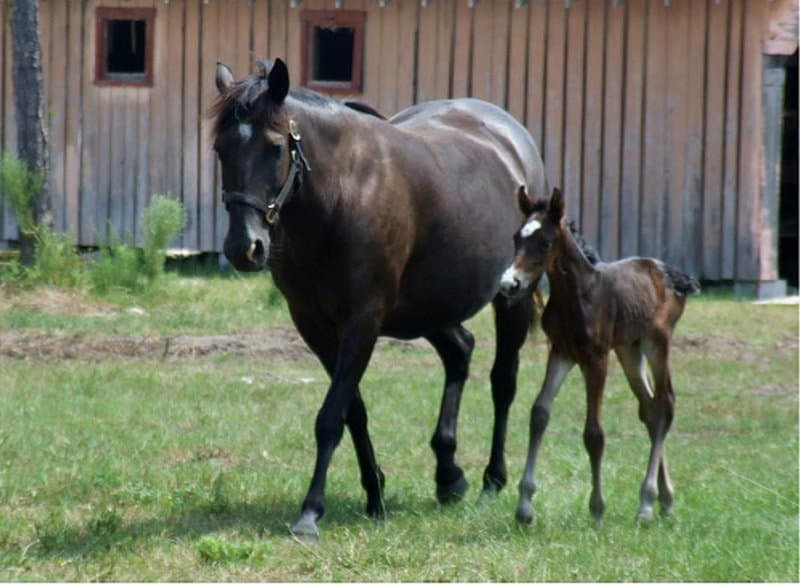 A new addition to the herd
Credits: Mary Kate Herron

The Cracker Horse population began to increase quickly in the late 1500s when the Spaniards started cattle ranching.

By the end of the 1600s, Florida had 30 cattle ranches, some with as many as one thousand cows and horses.

Florida was one of the major suppliers of beef to both the Confederate and Union armies in the Civil War.

The Florida Cracker horse was highly prized for its ability to work the cattle herds and as a riding horse.

After the Civil War, the cattle industry became even more important.

Florida cattle ranchers had a booming business shipping their cattle to Cuba and other Caribbean destinations from several ports, especially Punta Rassa. 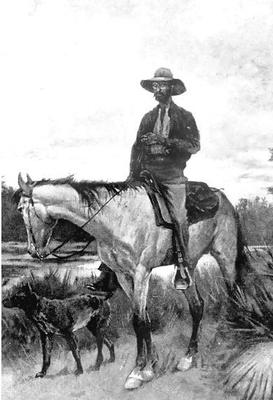 Bone Mizell  is a legendary Florida "cow hunter" shown in this Frederic Remington sketch on what is probably a Florida Cracker horse.

Florida Cracker horses are still an important part or the modern cattle industry.  In 2008, the State of Florida legislature designated the breed as the State's Heritage Horse. 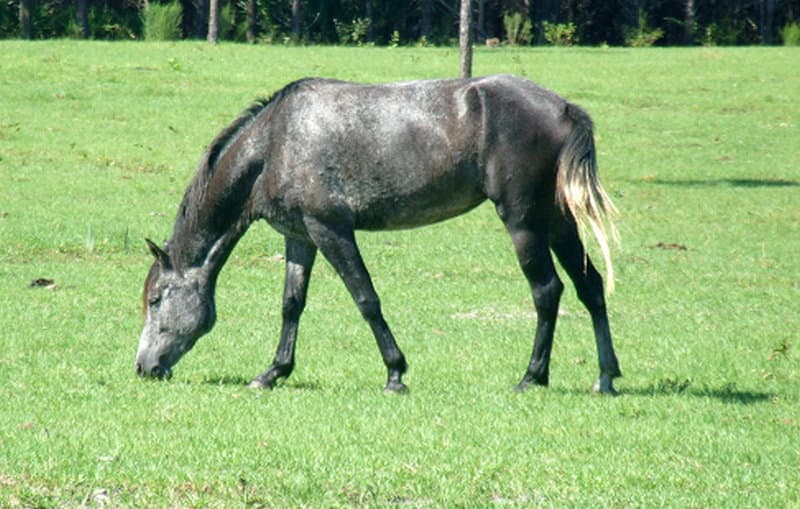 The University of Florida IFAS Extension probably has more information about this unusual animal than any other source.

The photos on this page and much of the information came from one of their articles.

Here is a link to that article published some years ago.

More information about Florida Crackers and their culture is available on our website at:

What is a Florida Cracker?