Fort Ogden is an unincorporated community in DeSoto County about 10 miles southwest of Arcadia.  It is located on the eastern side of the Peace River on US-17.

It is named for a U.S. Army fort that was built in 1841 during the Second Seminole War.  The fort was abandoned in 1842.  When settlers began to arrive later in the 1800s they kept the name. 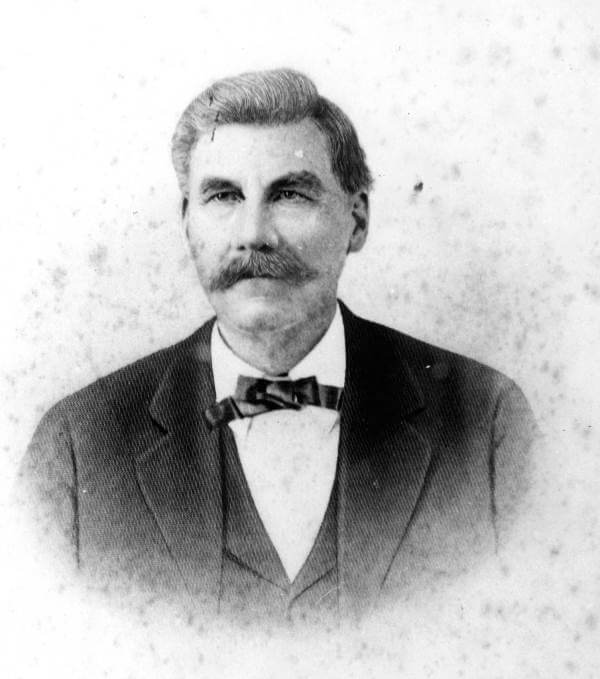 An early settler in the area was Ziba King.

King was a Confederate veteran who moved to Florida after the Civil War. He left the devastation of war torn Georgia with five dollars in his pocket and walked to Florida.

He worked at several jobs until he saved enough money to open a dry goods store in Tampa in 1868.

Shortly after that, he moved to the Fort Ogden area and homesteaded 160 acres and also opened a general store.

He began to acquire cattle and was also appointed a judge somewhere along the way.

He was also president of the First National Bank of Arcadia and had prominent positions in several other banks. 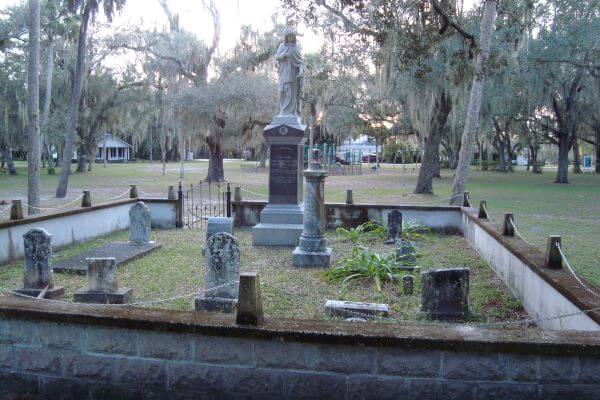 Ziba stood 6 foot 6 and weighed 225 pounds and commanded immediate respect when he walked into a room. He was also known as a very good poker player, but one with a soft heart.

From time to time he'd play somebody into bankruptcy and then give them some money back so they could make a fresh start.

He owned the local newspaper, was elected to the Florida Senate and was also on the school board. One time he bankrolled the entire school system with his own money.

He was active in politics until his final days. 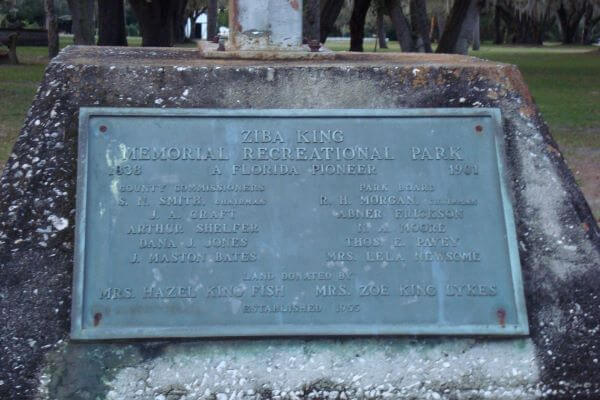 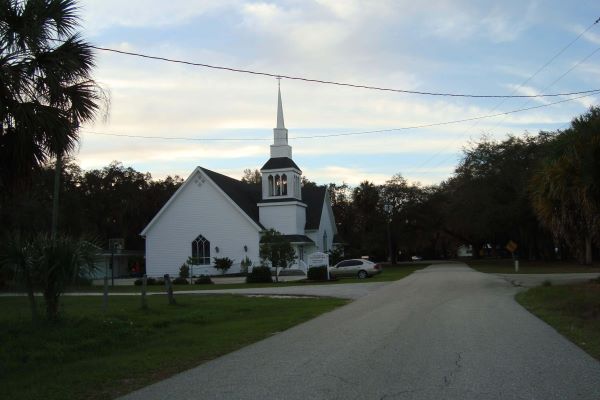 He was known as a cattle baron, and his life story is similar to the fictional family created by the late Patrick Smith in his Florida classic "A Land Remembered". 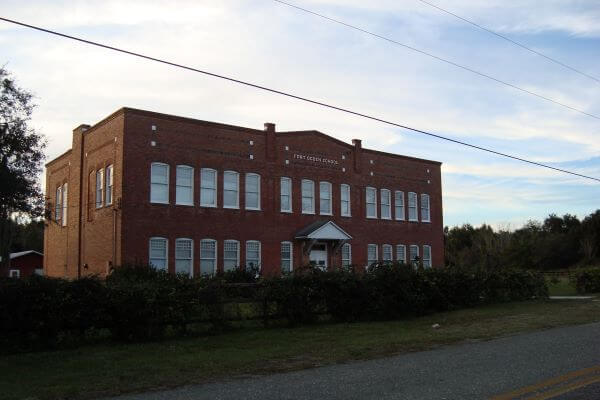 Ziba King and some of his family are buried in a small family plot in Fort Ogden, Florida just west of US-17. The plot is in a community park and is open to the public.

Ziba King was my great uncle. I'm kin to him by marriage and interested in his past. He was married to my great aunt Florida Brewer.

Both my great Grandmother's were great aunt Florida's sisters. One was Mary Brewer born 1844 and married W. A. Johnson July 26, 1864. Other was Isbella (Belle) Brewer born 1850 married James McBride.

That would make their mother my great great grandmother Elizabeth (Whidden) Brewer. She is also buried at the King family plot in Fort Ogden. I'm from Fort Ogden and now live in Arcadia. I have a question, what happened to all his cattle after he died in 1901?

Mike says:  not sure about the cattle, but they were probably passed down to his heirs.

Mike, thanks for the reply. Yes, that was always my thought too, but Ziba King’s cow path ran north into what used to be known as ‘Pine Level’, about 20 miles north into Manatee from King Highway's current terminus in Port Charlotte.

Ziba owned over 50k cattle at his height so I imagine that cattle trail was really something back in the day.

Mike says: Thanks for the link. It doesn't work for me because I am not a subscriber to the newspaper, but I get the idea. Great information!!

Just came from another page on the history of Ziba King. I'm from Port Charlotte and love learning the history here. I had no idea he was the namesake for Kings Highway.

Here's a link to more SW Florida history if anyone is interested.

Mike says: I did not know King's Highway was named after Ziba. In some parts of the state it references either the King of England or the King of Spain.

May 08, 2020
History of Property on Falcon
by: Blanche Levasseur

I love the history of the Ziba King family and the school house.
I am trying to find any history on the 1940 built home on Falcon ave across from the Methodist church.

I enjoy all of your post. We live across the Park from the Methodist Church.

Back to Arcadia
by: Setty

I was a resident of Arcadia and Desoto County in 1977-1985. I am back now visiting my very best friend who I have stayed in touch with all these years.

I feel a very special connection to Arcadia. I worked at Tinsley IGA and my Husband worked at the Transformer Plant. This was the happiest time of my life. Met my husband at Desoto Co. High. Married in 1979 in Port Charlotte. My children were born here.

We Rode through the old neighborhood its quite grown up. But still has the same charm and Memories i will always cherish. Thank you for the history. Great Story.

My grandmother and grandfather, Mary Viola Strong and Sidney Slayton Saunders were married in Fort Ogden May in 1904.
I have a copy of their marriage certificate signed by County judge A. E. Pooser.

I absolutely love your post, what an awesome man.
Thank you so much for sharing about Ziba King.

Know the Ft. Ogden cemetery well. My Great-Grandparents are buried there...Joe E and Pearl E Mattair. When my Grandma Belle Mattair and step Dad Preston Mattair were alive we would go to Mattair-Thornton reunions there. Great memories!

Thank you for posting, and I enjoyed seeing Zibe's post also. Ziba King officiated the wedding for my GGG Grandparents, FCM Boggess and Pauline Seabrook in 1874.

I actually live within walking distance of the King's family cemetery and take the time to go by and read the headstones a couple of times a year.

Love this story! I stand 6 feet 4 and weigh 223 lbs. Zibe (Ziba) was my Great Great Grandmother's brother and she named a son Zibe after her brother.

Another sibling, my Great Granddaddy William King named a son Zibe and he was my father.

When pronouncing "Zibe" I have to cut it short as it sounds like Ziba if completely pronounced and often people repeat "Ziba"? and I have to say no, it's "Zibe".

Thanks, Zibe, for the interesting family story. Both Ziba and Zibe are unusual names to me.

Thank you for preserving the memories of Ziba King.

We take a trip out to the family plot yearly to explain to our daughters their relation to Ziba King.

More members of the King family are buried at Oakridge Cemetery in Arcadia.

What a great little story of Florida history. Thoroughly enjoyed the read which has inspired me to visit Fort Ogden and Arcadia again with renewed interest. Thanks for posting!

You can leave your own comment at Fort Ogden, Arcadia, and Ziba King the Cattle Baron.