The modern history of Vero Beach, Florida begins with its establishment as a citrus shipping point.

Henry T. Gifford started the first post office in the area in 1891 and used the name Vero.  Most historians think he named it after his wife, Vero.  The Beach was added to her name in later years.

There are other theories about how Vero got it's name, but this is the one we like because how many women do you know named Vero? 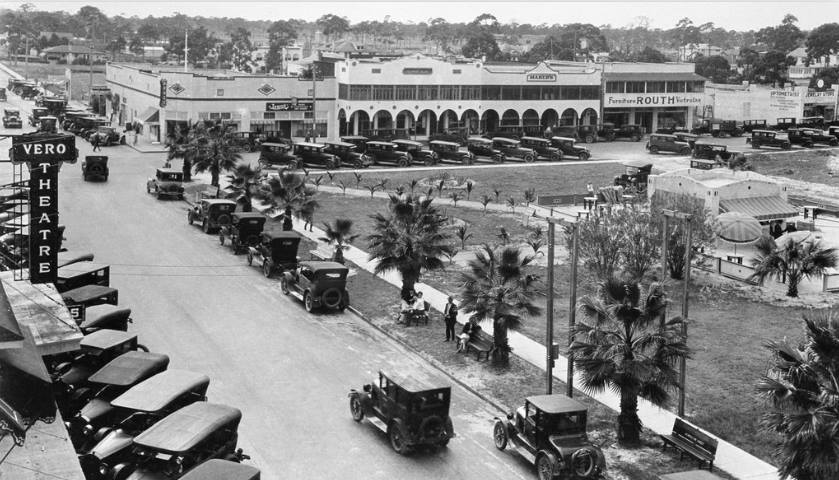 Citrus was packed in Vero Beach and shipped via the Indian River to Jacksonville and from there to northern ports.

The portion of the Indian River in Vero Beach, between the mainland and the barrier island to the east on the ocean, is known as "The Narrows".

The history of Vero Beach changed dramatically when Henry Flagler's Florida East Coast Railroad made it to Vero in 1893 on its push down the east coast and began the modern era of Vero Beach. 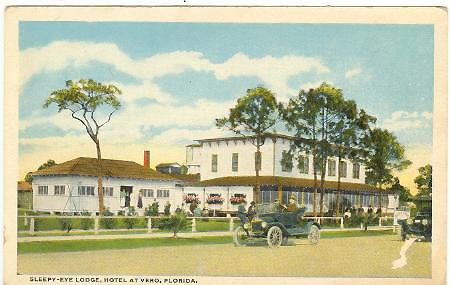 Shortly after the railroad came, developers began to drain the marshy land west of town and created thousands of acres of citrus groves.

Foremost among these developers was Herman Zeuch (prounounced Zigh as in sigh), originally from Iowa. Sometime about 1911 he purchased 48,000 acres for citrus operations.

In 1912 he formed the Indian River Farms Company, and hired William Kimball, a civil engineer, and his assistant, Colonel R. D. Carter to design the improvements. 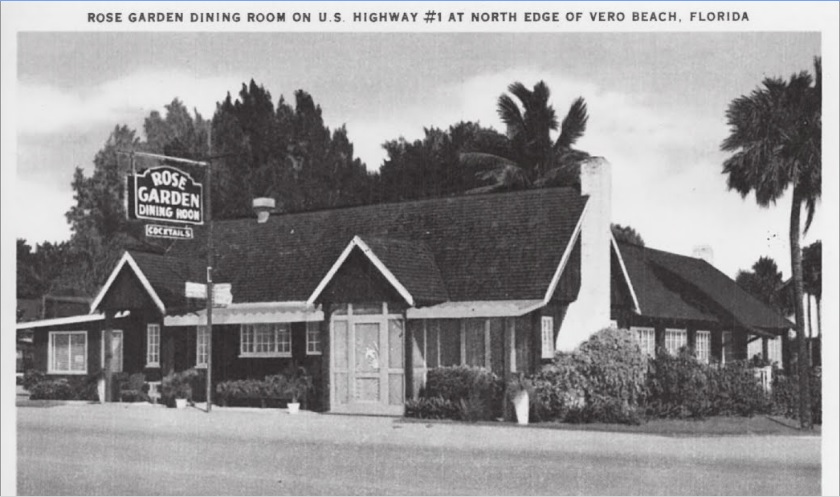 These early pioneers foresaw the growth of their little village, and laid it out with wide streets that are now lined with beautiful coconut, royal and date palms.

They changed the name from Vero to Vero Beach Florida. 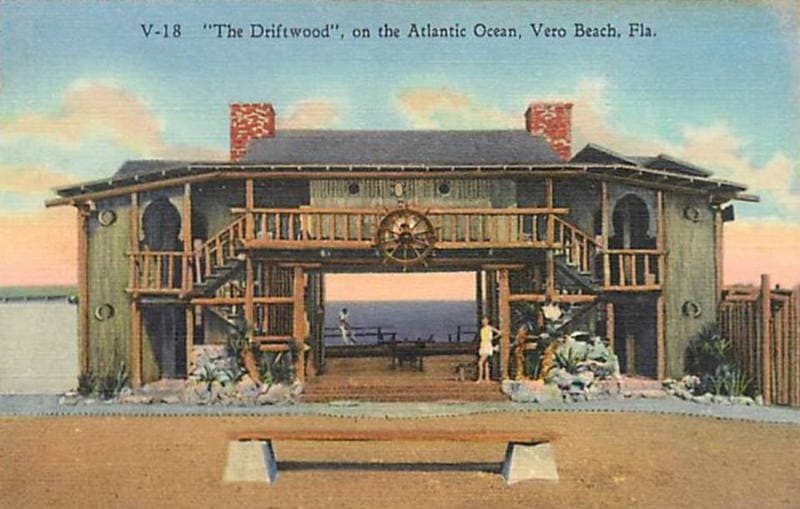 No history of Vero Beach would be complete without mentioning Waldo Sexton (1885-1967), a local character who was a successful citrus grower and real estate developer.

He came to Vero Beach in 1914 and purchased land, planted groves and prospered.

He was also a collector of unusual artifacts and a beachcomber, and built the Driftwood Inn out of driftwood and other material he picked up off the beach.

His inn and promotional efforts went a long way in gaining Vero Beach a national reputation as a tourist destination.

Wikipedia says this about Waldo Sexton:

One journalist described the businessman and artist who created such unusual attractions: “Sexton was a man who was not afraid to render an opinion and who never hesitated to embroider a story. He loved martinis and women, bells and things from the sea, and he possessed a compelling urge to create. Some people called him an irresponsible screwball, an untruth he shrewdly did not deny, knowing that the world loves an eccentric.

The Driftwood Inn still stands today on the ocean in Vero Beach.

It is now a popular tourist destination known as The Driftwood Resort with a good bar and restaurant and plenty of charming time share rooms.

The inn is on the National Register of Historic Places.

In 1916 early skeletal remains were found along Van Valkenberg's Creek which were believed to be prehistoric and named "Vero Man".

The discovery created an international controversy over whether it provided the first evidence that human beings had inhabited the 'new world' prior to the end of the Wisconsin glaciation around 10,000 BC.

Experts could never reach an agreement and the remains were eventually lost just prior to the invention of Carbon-14 dating in 1947.

We may never know who lost the bones and how old they were. 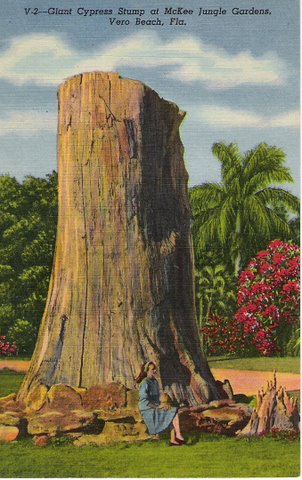 In 1931, Ohio industrialist Arthur McKee, who loved the study of tropical plants, opened McKee Jungle Gardens with Waldo Sexton as his business partner.

He and Sexton had been friends for many years, and Waldo had an active role in designing and managing the attraction.

This became a very popular tourist attraction until recent years when part of it was sold for a residential development. 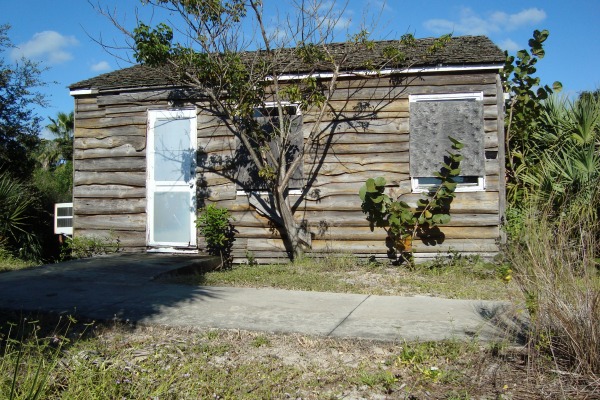 This private community on A1A north of Vero Beach attracted hundreds of wealthy northern businessmen who brought significant money and corporate presence into the area.

Many of those early Johns Island residents referred to nearby Vero Beach as "The Village" and its citizens as "villagers". 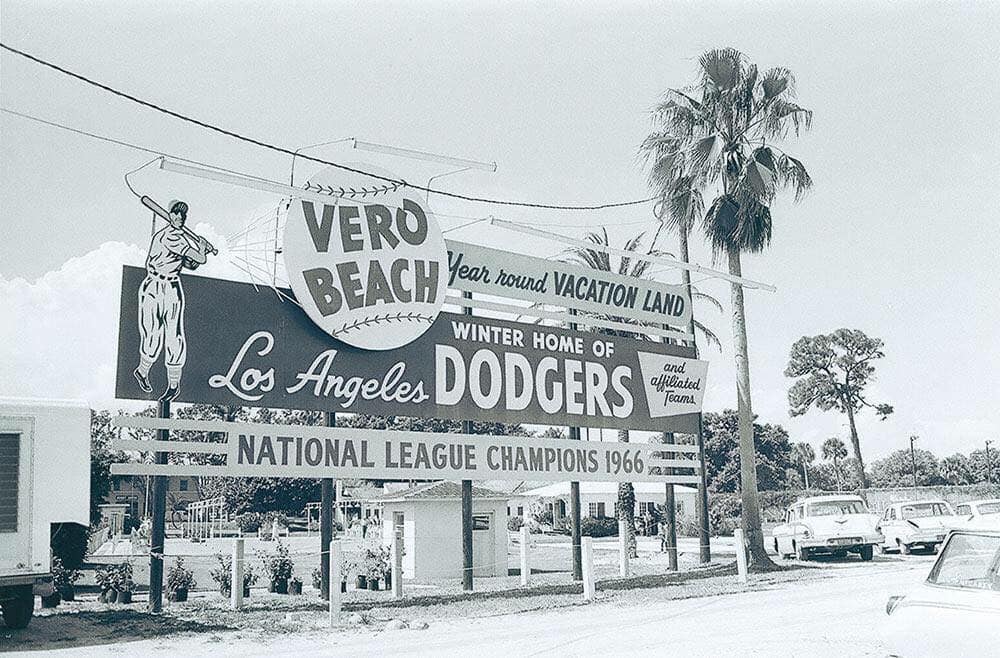 Vero Beach was also famous as the location of Dodgertown, where the Brooklyn/Los Angeles Dodgers baseball team held their spring training camp from 1948 until 2008.

It was a sad day for Vero Beach and surrounding towns when the Dodgers moved to a new facility in Glendale, Arizona.

The stadium was also the home to the minor league Vero Beach Devil Rays.

More bad news came to Vero Beach in August 2008 when the Rays franchise was sold to the Ripken Baseball Group and it was learned the team would not return to Vero Beach for the 2009 season. 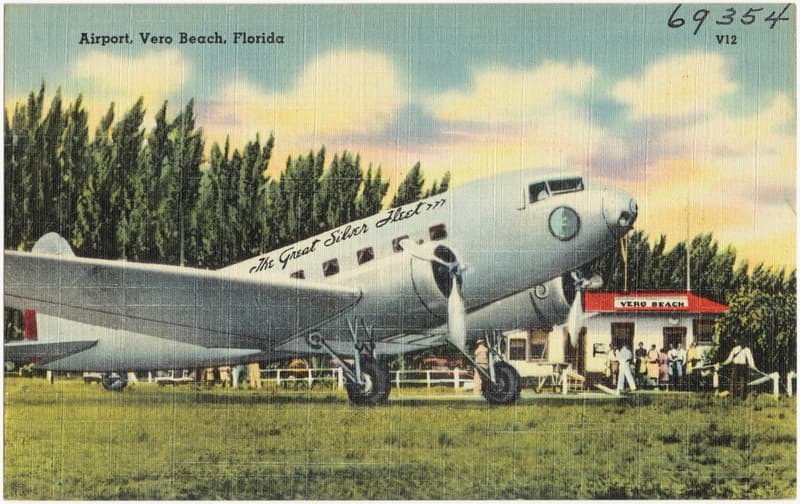 Piper Aircraft Inc. has been building Piper airplanes in Vero Beach since 1957 in a plant at the Vero Beach Municipal Airport.

Piper was one time the largest private employer in Indian River County and is prominent in the history of Vero Beach.

The company has had problems in recent years and is now owned by the Government of Brunei.