Homestead, Florida Things To Do, Lodging, Dining, & Real Estate At End Of Article

Homestead, Florida is a city of 70,000 located about 35 miles southwest of Miami, and is in the middle of a unique agricultural area called the Redlands. 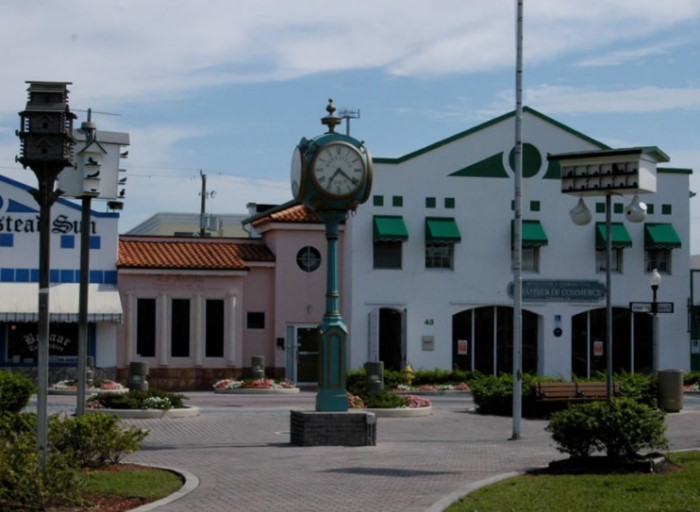 The Everglades National Park begins just west of the city, and Biscayne National Park is to the east. Key Largo is 25 miles south on U.S. Highway 1.

The Homestead name came about when the Florida East Coast Railway was being extended from Miami to Key West.

The Redlands area had been opened up for homesteading in 1898, and Henry Flagler's railroad came through in 1904.

Since the construction camp at the end of the railroad had no real name, materials were delivered to "Homestead Country".  That got shortened to Homestead, and the name stuck.

The construction of the epic railroad to the Florida Keys required a lot of labor, and the area began to grow.  The City of Homestead was founded in 1913.

The Redlands, named for the red clay earth, became a key agricultural asset. A wide variety of tropical fruit has long been grown here, and now you'll find many ornamental plant varieties.

The many farms are still family owned small businesses and you can drive through the area stopping for tours and tastings at the farm stands and bakeries along the way. 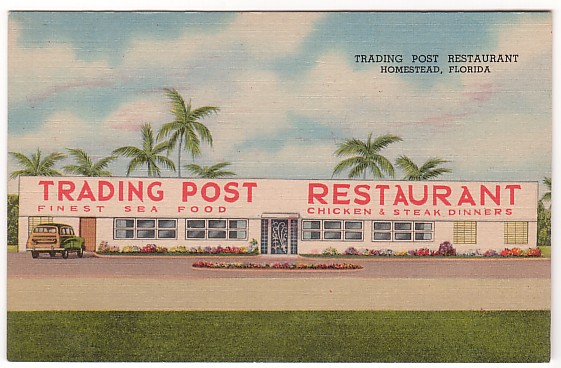 The city grew steadily but the growth was impacted by the crash of the Florida land boom of the 1920s and two major hurricanes in 1926 and 1935.

World War Two resulted in a former Pan Am airfield being enlarged and converted into Homestead Army Air Field.

The base suffered hurricane damage in 1945 near the end of the war and was closed but was reopened again in 1953 as Homestead Air Force Base.

The Cuban Missile Crisis in 1962 brought change to the Redlands area around Homestead and three missile sites were quickly built in farm land outside the city.

Homestead suffered a direct hit from massive Hurricane Andrew on August 24, 1992.  The city was nearly devastated.

Thousands of mobile homes, most inhabited by Hispanic farm workers, were destroyed by the hurricane.

Homestead Air Force Base, which then had 8,000 employees, was almost completely destroyed. 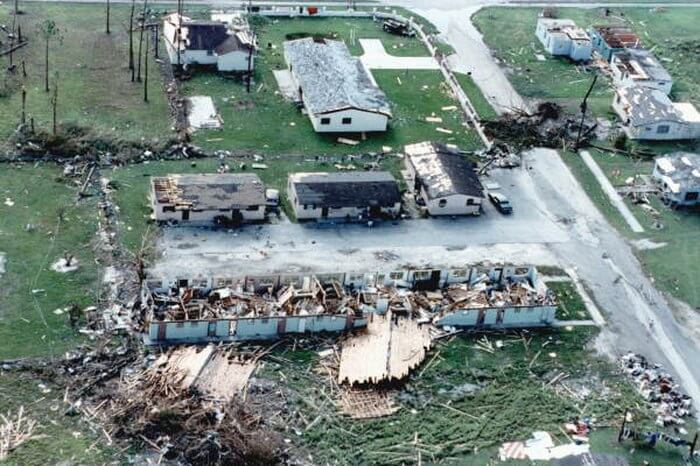 Many thousands of people were homeless and unemployed, and temporary camps were built all around the area by FEMA.

Looting broke out, crooks posing as rebuilding contractors were swindling people out of their money by taking the cash and running. 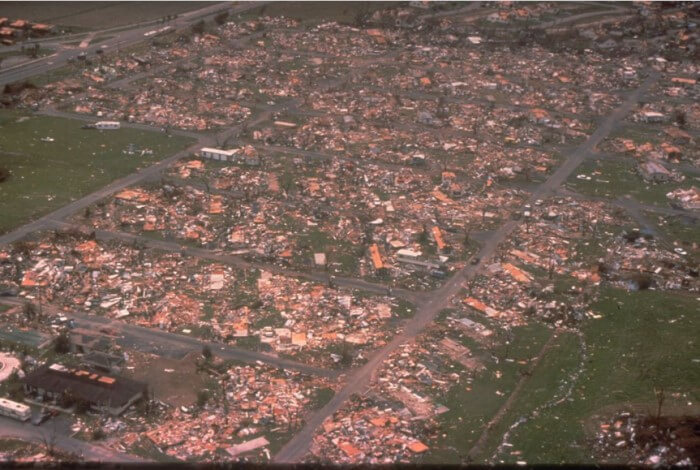 Many of the old Homestead buildings were gone forever, and a lot of people actually thought that the town would cease to exist.

It appeared to many that the city was destined to disappear into the dustbin of history.

THE HOMESTEAD OF TODAY IS REBORN

Alex Muxo was the Homestead city manager, and he and others quickly mobilized to rescue the shattered town.

Muxo contacted local businessman Jeb Bush, who called his father, the President of the United States.  Things began to happen.

The formed a team known as "We Will Rebuild" to help direct the redevelopment of south Miami-Dade County.

The team was comprised of powerful community leaders put together in part by the late Alvah Chapman, former president of the Miami Herald.

The entire Miami-Dade community was mobilized into helping to rebuild the City of Homestead.  It took many years, but their efforts paid off.

I moved to the Miami area a few weeks after Hurricane Andrew came to town, to work on restoring the damage done by the hurricane.  My firm had a branch office at the corner of Krome Avenue and Mowry Drive in downtown Homestead. 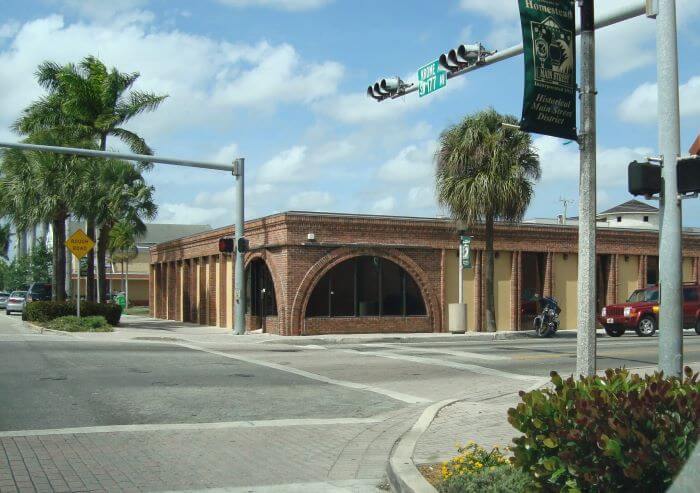 It was one of the few buildings in Homestead that was still habitable after the Category 5 hurricane raged through south Florida. The building became one of the early offices for the "We Will Rebuild" team.

Downtown Homestead has a nice gentrified feel to it. Its rich history is still evident despite the many challenges.

There are plenty of good restaurants in the area. Some of the best Mexican food in Florida can be found in Homestead. 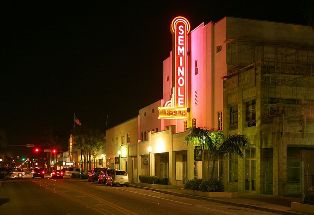 Because of its location, Homestead has become a large bedroom community for its huger neighbor to the north, Miami.

The nearby Villages of Homestead is a large residential development that has seen tremendous growth since 1992.

Many other developments have sprouted up in the area because of the scarcity of land nearer to Miami. 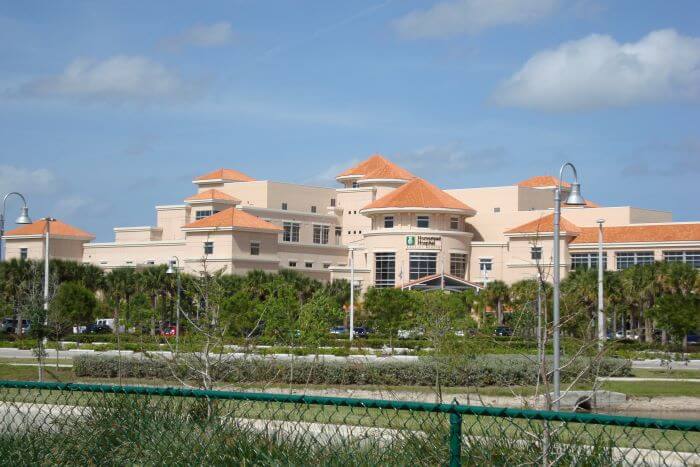 The town now has modern schools, hospitals, office complexes, and shopping centers.  It is home to the popular Homestead-Miami Speedway and Schnebly Redlands Winery.

Those of us who saw Homestead in the immediate days after Hurricane Andrew are still amazed at the miraculous rebirth of this little city.

Visitors to this southern Florida city have another unique advantage, as it is between two of Florida's National Parks. There is no shortage of outdoor activities including camping, kayaking and birding.

There is a current project underway to create a paved 42-mile bike and pedestrian path that will take visitors through downtown Homestead and both the Everglades Park and Biscayne Park.

ALL ABOUT HOMESTEAD FLORIDA

HOMESTEAD THINGS TO DO