Indian Harbour Beach, Florida is on the barrier island in Brevard County across the Banana River from the southern tip of Merritt Island known locally as Dragon Point. 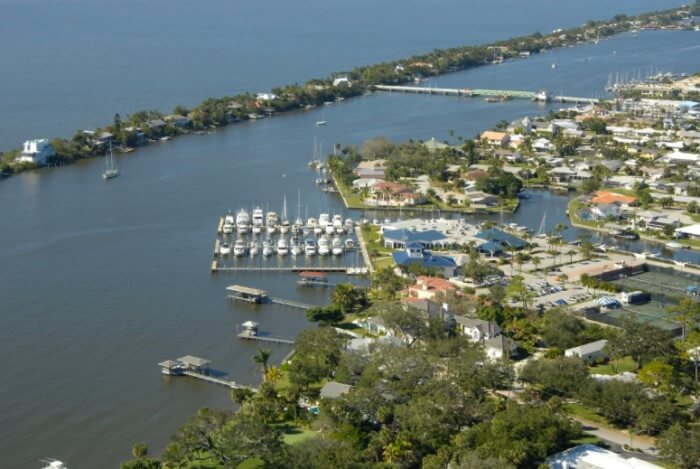 It has the Atlantic Ocean beach on its east side and the Banana and Indian Rivers on the west side.  It is located across the Indian River from the Eau Gallie neighborhood of Melbourne.

Native Americans probably lived in the area that is now Indian Harbour Beach as long as 12,000 years ago.

In later years the Ais and the Timucua lived along both the Banana and Indian Rivers.

Settlers began to come into the area in the years just before and after the U.S. Civil War.

The pioneer Floridian William Henry Gleason (1829-1902) owned the land on the barrier island that is now Indian Harbour Beach.

Prior to coming to Florida, he had founded the town of Eau Claire, Wisconsin. 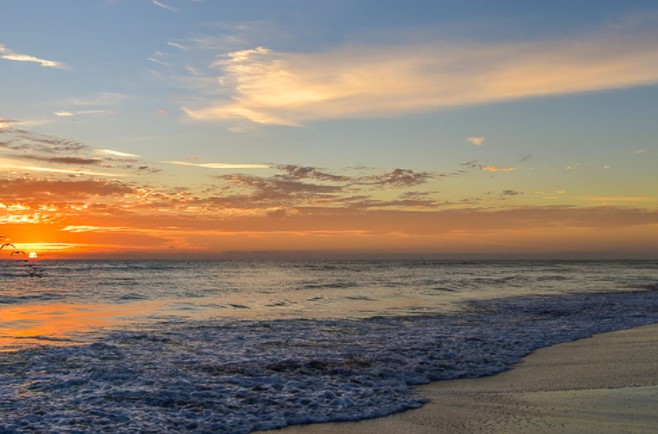 The issue of slavery in the south was important to Gleason during and after the Civil War.  In 1865 he was appointed by the federal government as an agent of the Freedmen's Bureau.

His job was to check out the Florida peninsula as a site where a colony of freed slaves could possibly be created.

He recommended against such a colony, but decided it would be a good place for him so he remained in Florida for the rest of his life and became one of the early founders of parts of the Miami area.

Gleason ended up buying 16,000 acres at $1.25 per acre and named it Eau Gallie, reminiscent of his earlier development in Wisconsin.

Eau Gallie translates to "water something."  Experts have never agreed on the "gallie" part.  Some think it's "rocky" for an old Indian word.

Others go along with the French word for "bitter" that might describe the taste of the brackish Indian River.

Everybody agrees it's pronounced "Oh Galley," and although it has now merged with Melbourne, the name lives on. 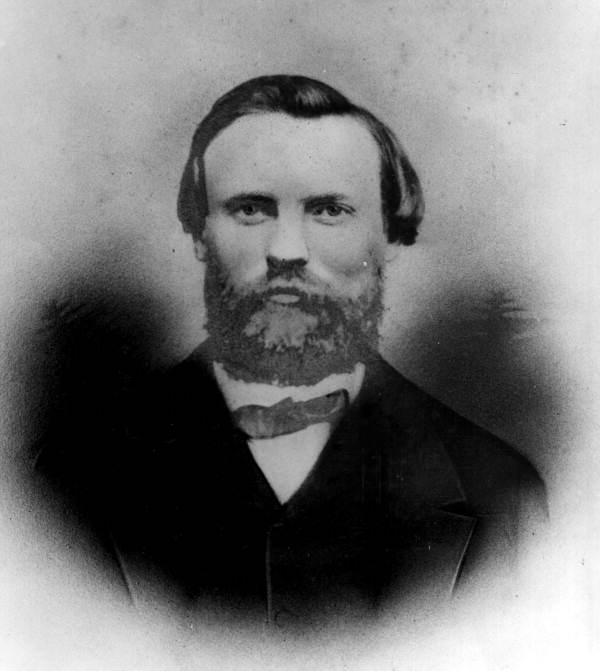 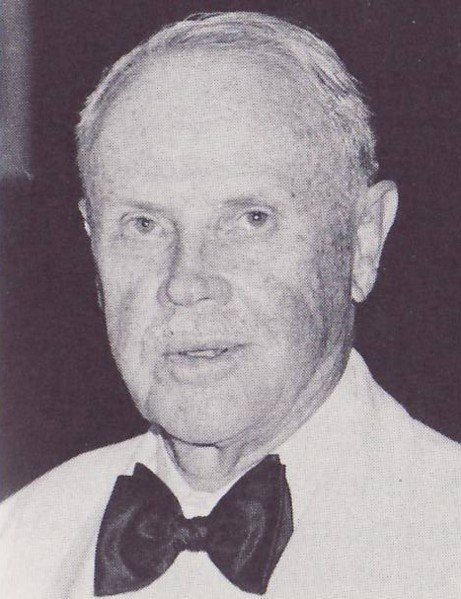 William Gleason's grandson, Lansing Gleason (1899-1991), was an attorney and prominent politician who served three terms as Mayor of Eau Gallie.

Lansing recalled when he was a young boy sailing with his father across the Indian River to see land that he had inherited.

The only significant feature on the barrier island at that time was a high shell mound overlooking deep water directly across from the southern tip of Merritt Island. 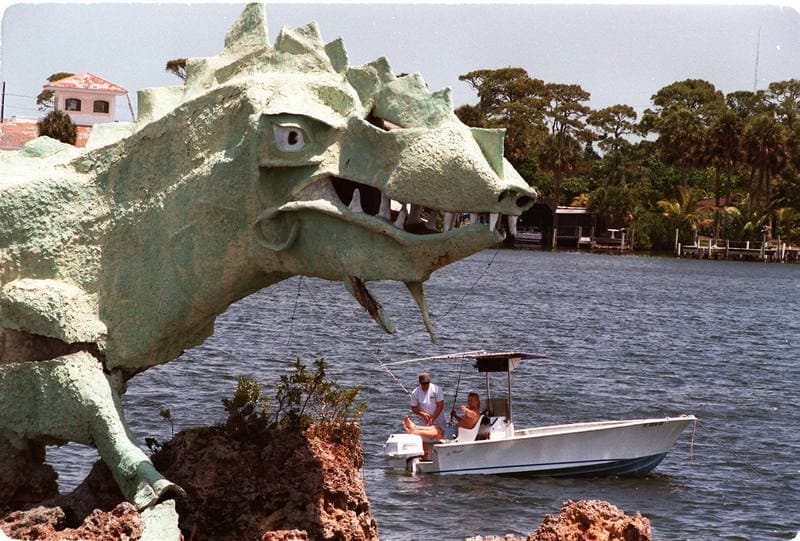 This skinny tip of land was known in modern times as Dragon Point because of the beloved sculpture that resided there for many years until destroyed by a storm.

The area of the mound had been occupied by early Native Americans who camped along the deep water where the Banana River and Indian River come together.

This inspired Lansing Gleason to come up with the name Indian Harbour Beach for the new town he planned to create.

He led the effort to incorporate the town, which happened in 1955.

Indian Harbour Beach was developed in response to the severe housing shortage caused by the massive employment of the space program in Brevard County.

Gleason teamed up with local attorney and developer Charles Nelson and began to build the subdivision of Harbour Isles on the Banana River.

Gleason also at that time donated land on the Banana River for the relocation of the historic Eau Gallie Yacht Club.

Indian Harbour Beach homes and neighborhoods were completed quickly and the town soon had a population of nearly 5,000 less than a decade after its founding.

The shell mound that gave the town part of its name is long gone, having been removed over the years and used for land fill and road construction.

Indian Harbour Beach is primarily a residential community, with most of its commercial activity being along Eau Gallie Boulevard and State Road A1A.

The main highway along the eastern part of the town is State Road A1A.  Its northern boundary touches another relatively new town, Satellite Beach.

Its southern boundary is State Road 518, known locally as the Eau Gallie Causeway until it reaches the mainland where it becomes Eau Gallie Boulevard which terminates at the Atlantic Ocean. 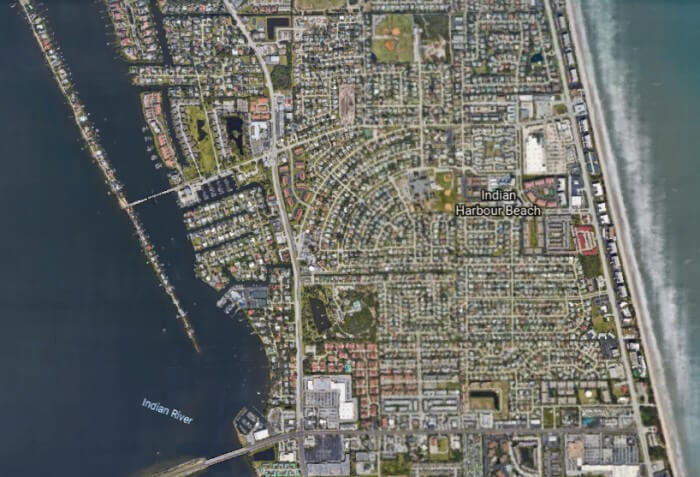 Unlike many Florida cities of its 1950s vintage, the town was professionally planned with circular and curvilinear streets and thoughtful placement of commercial and recreational areas.

Indian Harbour Beach has some wonderful parks, including the large Gleason Park (named for Lansing) which has walking trails, ponds, and a large recreation center with a pool.

The Algonquin Sports Complex with ball fields is on the north side of the city at its boundary with Satellite Beach. 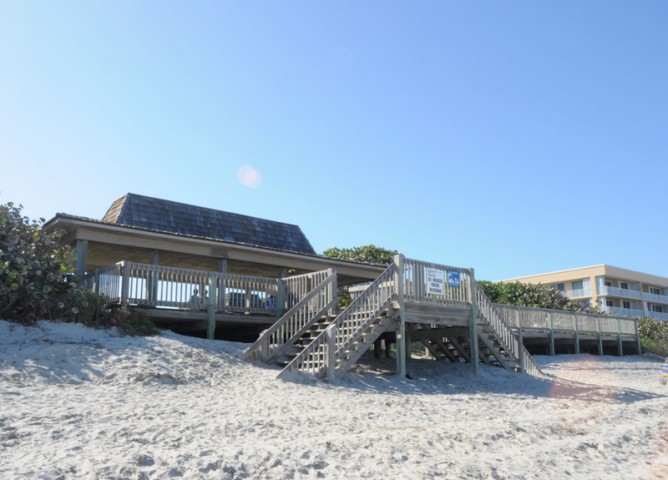 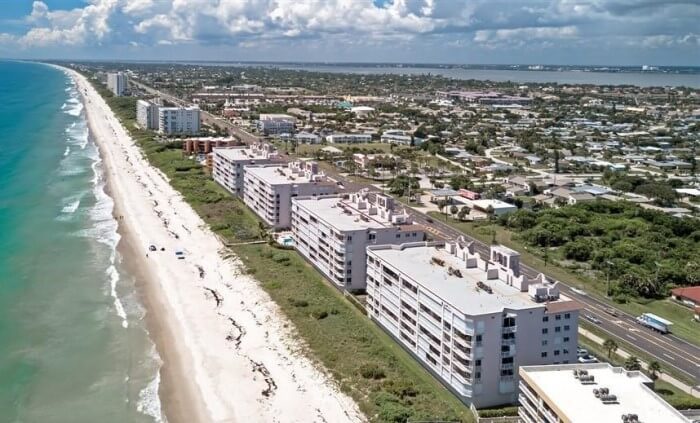 Most of the Atlantic beachfront in Indian Harbour Beach has been developed with residential condominiums.

Most are mid rise rather than the huge high rises you see in other parts of Florida.

Much of the western shore of Indian Harbour Beach along the Banana River is occupied by the upscale community of Lansing Island (also named for the town's founder).

It is an actual island accessible only by a private guarded draw bridge from the mainland across the narrow Grand Canal.

The Grand Canal is an artificial dredged waterway that extends from Lansing Island north about 5 miles to the Pineda Causeway on the south side of Patrick Air Force Base.

The canal separates the barrier island from the land along the Banana River, much of which was originally mangrove swamp.

Indian Harbour Beach is a boat friendly town and has an abundance of boating facilities and waters to enjoy. 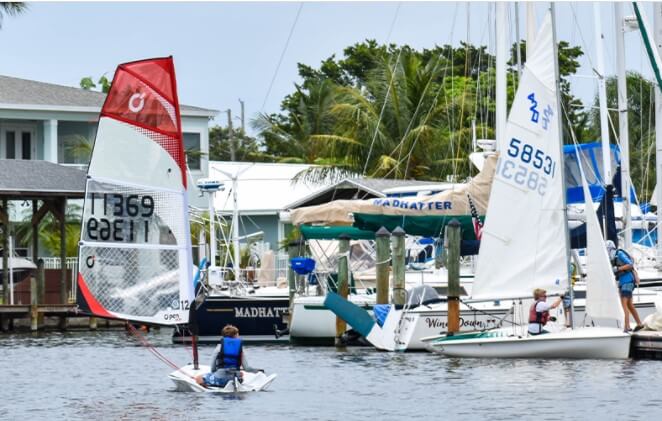 Most of the private homes on the Banana River and Grand Canal have boats docked at their house. 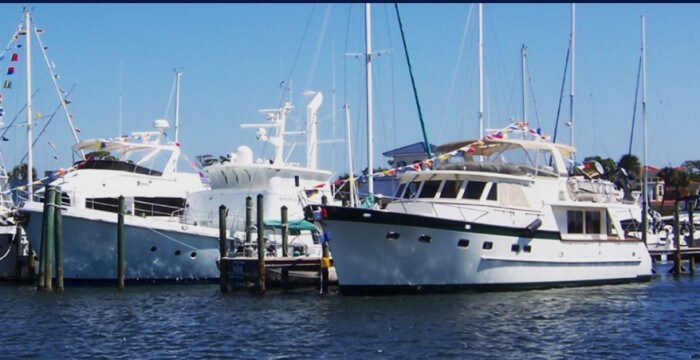 The private Eau Gallie Yacht Club has a marina on the Banana River and many water oriented activities for its members, along with tennis courts and dining facilities. 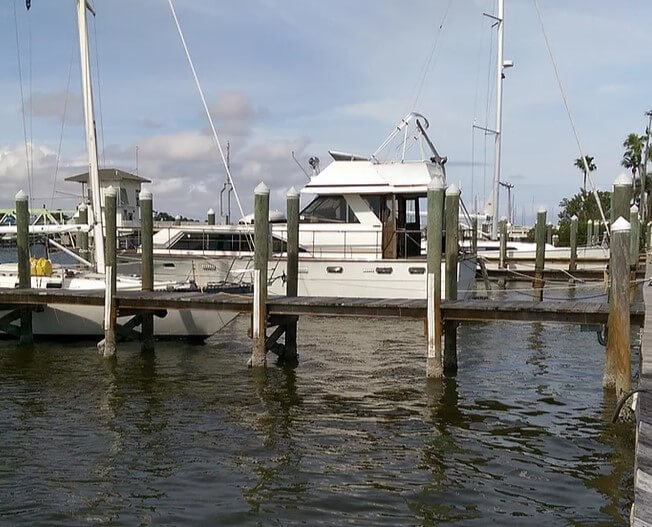 The Telemar Bay Marina is at the foot of the historic Mathers Bridge that crosses the Banana River from Merritt Island to Indian Harbour Beach. 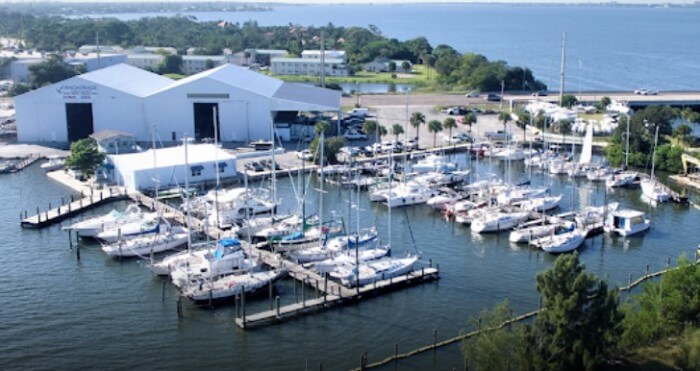 The Anchorage Yacht Basin is on the Indian River at the eastern end of the Eau Gallie causeway to the mainland. 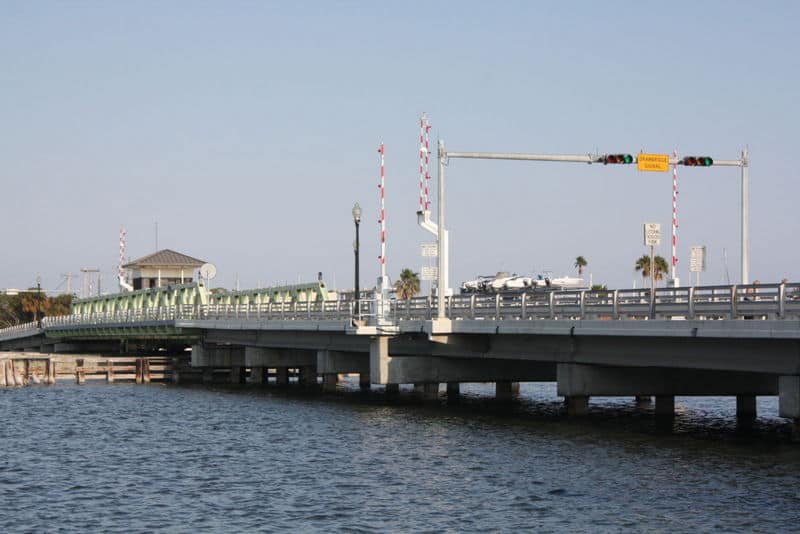 The bridge was built with his own savings by John Mathers back in 1927.  Mathers was an early Brevard County pioneer who came down from North Florida in 1883.

The toll for the bridge was set by the County Commission at 5 cents for pedestrians, 15 cents for a horse and rider, all the way up to 25 cents for two horses pulling a cart.

John Mathers died in 1934 at the age of 74.  Not long after he died his grand-daughter and great-granddaughter drowned after falling off the bridge. 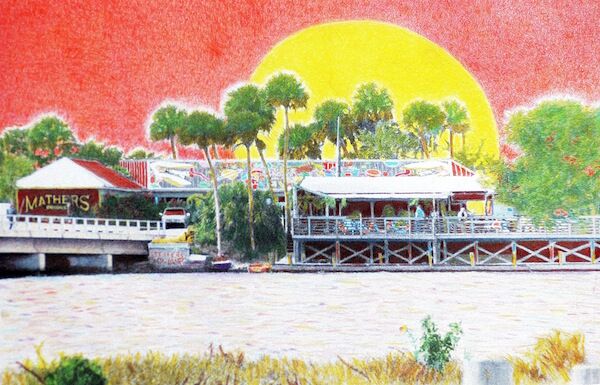 Indian Harbour residents and tourists still enjoy fishing in the Banana River from the bridge.

Many remember fondly the old Mathers Bridge Restaurant that stood at the Merritt Island foot of the bridge or many years until closing in 1992.

ALL ABOUT INDIAN HARBOUR BEACH, FLORIDA

INDIAN HARBOUR BEACH THINGS TO DO