Inverness, Florida Things To Do, Lodging, Dining, & Real Estate At End Of Article

Inverness, Florida is a small city of 7,500 located about 75 miles north of Tampa.

It is nestled against the western shore of Lake Tsala Apopka, perhaps the most unique lake in Florida.

It is not to be confused with the much larger Lake Apopka many miles east closer to Orlando. 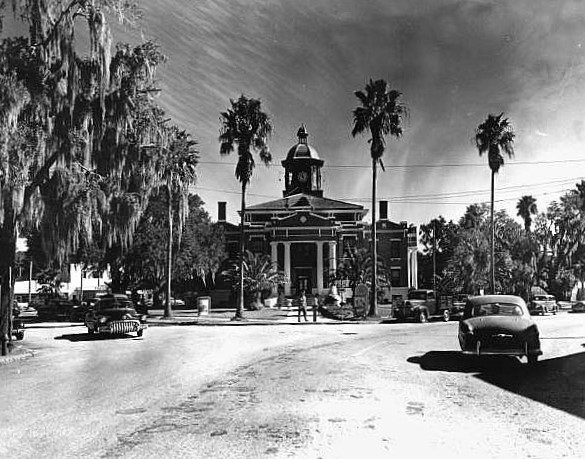 An early Scottish settler came up with the name for the town.  Inverness is the County Seat of Citrus County.

Lake Tsala Apopka is really a chain of lakes in a bend of the Withlacoochee River.  The chain is about 18 miles long.

The lake is composed of dozens of smaller lakes and marshes dotted with islands that make it a paradise for fishermen, boaters and day trippers.

State Road 44 crosses the center of the area on its way across the state through Inverness from Crystal River to New Smyrna Beach.

The location of Inverness is a natural when you take a look at the map and realize the geography of the area.

Native Americans were the first settlers in this area because of the abundance of food provided by the river, lakes and swamps.

The State of Florida has identified at least 30 archaeological sites in the Tsala Apopka area.

Hernando de Soto and his boys tramped through the area on one of their expeditions in 1539 as they were heading north to what is now Ocala.

In later years, many Seminoles lived in the area up until the Second Seminole War.

The lake is an abundant source of bass and catfish and it pains me that the two most famous restaurants in the area do not serve fresh catfish.

I won't name them here;  the locals can tell you. 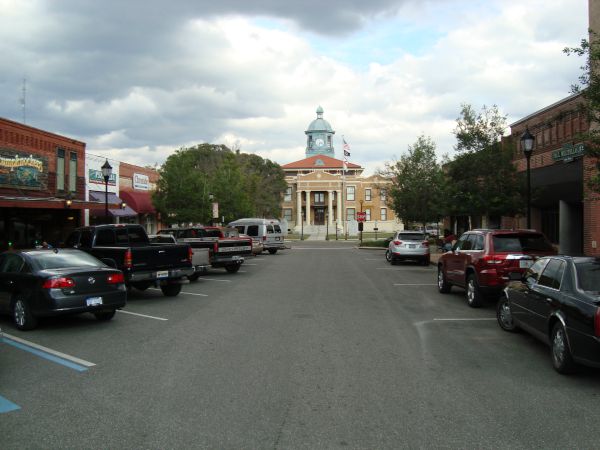 Anybody can thaw out frozen catfish and fry them up; I think they are missing a golden opportunity.

Those local restaurants do, however, serve another famous food of the region: Florida cooter.

The cooter is a freshwater turtle that provided many a meal to the early Native American and Florida Cracker settlers.

It is still served at many restaurants in the smaller towns in the central and northern regions of Florida.

Inverness celebrates this shelled creature in its "Great American Cooter Festival" held each year during the last full week of October.

The cooter critter is further memorialized in one of the local Inverness parks. 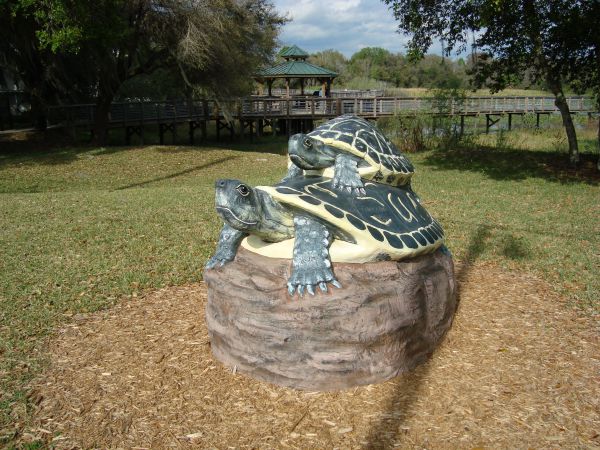 Like most small Florida cities, the best parts of Inverness are off the beaten path. You need to get a block or two away from the major highways and poke around.

The Citrus County Courthouse is a beautiful old structure that dominates the vibrant little downtown area. Just look for it and drive toward it. You can't go wrong.

The city still has many fine old homes, some in great shape, others needing a loving hand to fix them up. The streets are quiet and tree canopied.

The Withlacoochee Trail goes through town on its 46 mile path through several counties along an old railroad route. It is a multi-use rail trail for hikers and cyclists with no motorized vehicles allowed. 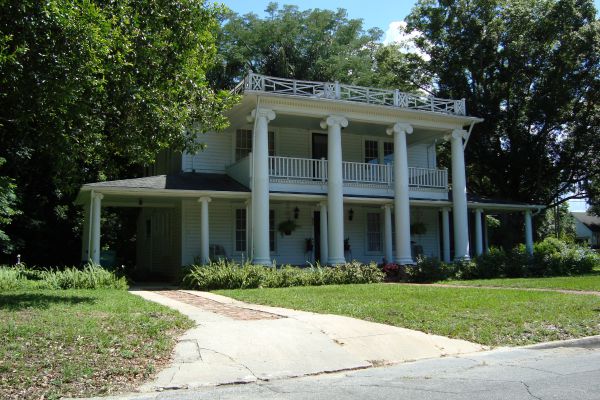 The neighborhood around the Citrus County courthouse is known as Courthouse Square and features many nice restaurants and shops.

It is a small business district but is very popular with locals and tourists alike.

One of the famous restaurants that advertises catfish is in the Square. It's a fun place to visit and the food is okay unless you like fresh catfish.

There is a sports bar, sandwich shop, wine shop and a lot of other neat places in this Square. 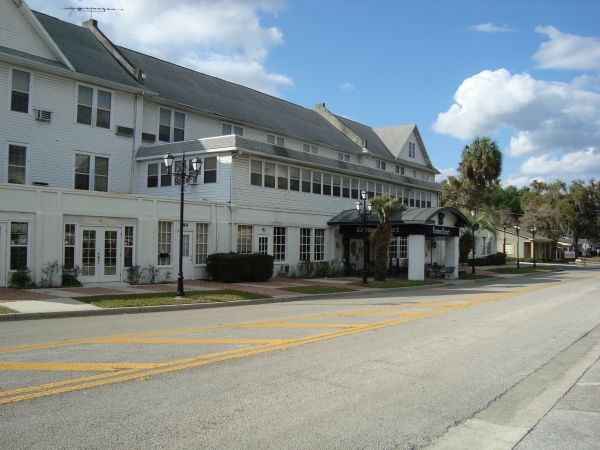 The old Orange Hotel was a popular vacation spot in Inverness back in the day. In more recent years it became the Crown Hotel, and now it has been reborn as Crown Court.

It is an assisted living facility and still looks great after more than 100 years of serving people in its different forms.

It's wonderful that the current owners spent the time and money to renovate and preserve this treasure.

THINGS TO DO IN INVERNESS FLORIDA

Withlacoochee State Trail is a 46 mile long state trail that used to be a railroad route.  Great for cycling, running, and walking.

Cooter Pond Park is themed around the cooter, also known as a freshwater turtle.

Fort Cooper State Park is a great place to see some history and enjoy walking the trails through natural Florida.

Old Courthouse Heritage Museum is in the courthouse that is the centerpiece of downtown Inverness.

ALL ABOUT INVERNESS, FLORIDA