Lauderdale-by-the-Sea, Florida Things To Do, Lodging, Dining, & Real Estate At End Of Article

Lauderdale-By-The-Sea, Florida is an example of how a town or neighborhood in a large urban area can still have a distinctive small town feeling.

The first thing to know is that it is not Fort Lauderdale.  For those of you who know the area, the town is at the ocean end of Commercial Boulevard. 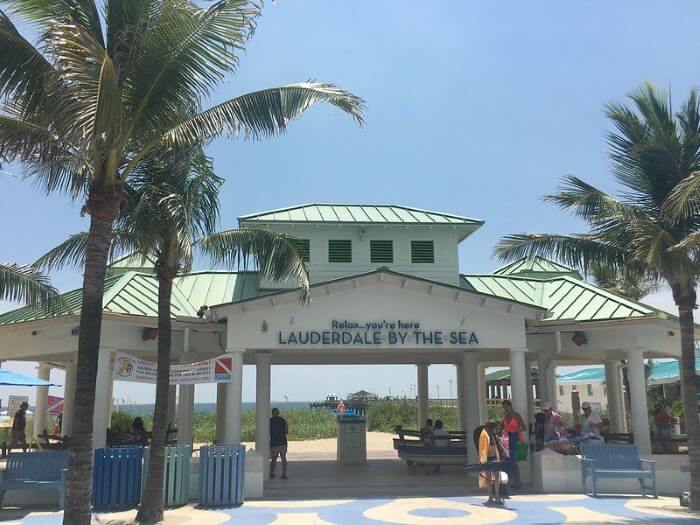 It is a small beach town of 6,600 located between Fort Lauderdale and Pompano Beach on Florida's east coast.

It's town limits engulf the small village of Sea Ranch Lakes on the Intracoastal Waterway.

LAUDERDALE BY THE SEA HISTORY

The property that is now Lauderdale-By-The-Sea was first platted in 1924 by a Boston businessman.

Soon after this a contractor and investor named Melvin Anglin bought the land. 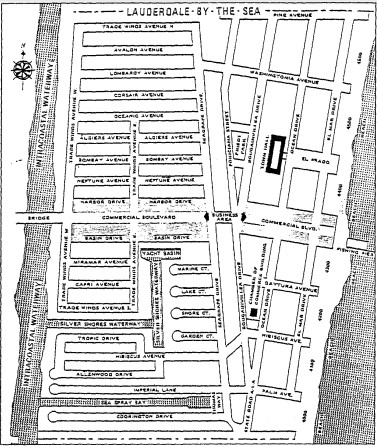 Original Plat of Lauderdale By The Sea

It was Anglin who set in motion the development of this new beachside community and became the town's first mayor.  The town was incorporated in 1927.

Its charter was revoked by the state in 1937 during the Great Depression, but it was reincorporated in 1947.

In 1900 a cargo steamer, SS Copenhagen, hit a reef and sank offshore of Lauderdale-By-The-Sea.

The grounded ship was visible for many years afterward and was used by Navy pilots for target practice during World War Two.

The remains of the ship are now part of the Pompano Dropoff Reef, and home to a diverse variety of marine life.  Local dive charters are available to investigate the wreck.

Like most beach communities in South Florida, Lauderdale-By-The-Sea has seen continuous steady population growth.  Between 1960 and 2020, the population increased from 1,300 to 6,626.

Unlike most beach communities, the town passed an ordinance in 1973 limiting building heights.  This has resulted in the unusual phenomenon of a Florida city on the ocean with a limited number of high rises.

A very interesting and detailed history of Lauderdale-By-The-Sea was written in 1989 by Martha E. Munzer, a resident of the town.

LAUDERDALE BY THE SEA TODAY

One of the first things you notice in this town is the absence of  looming high rise hotels and condos.

This stands out when you see the towers of Pompano Beach and Fort Lauderdale looming skyward along the beach to the north and south.

That visual sensation emphasizes how different this little place is. 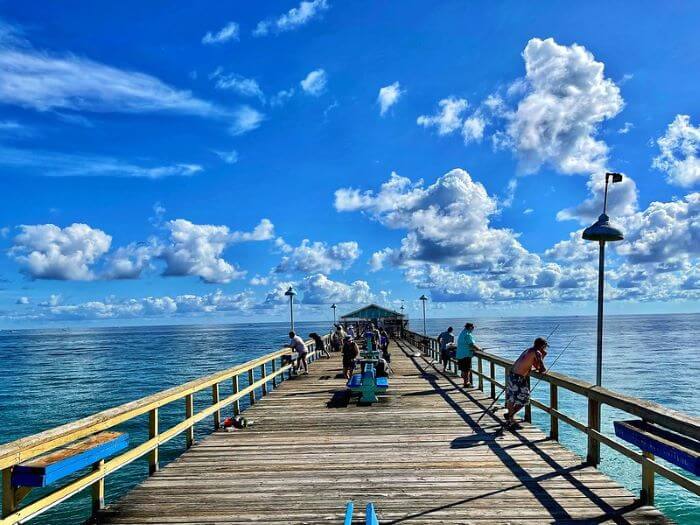 Lauderdale-By-The-Sea is a compact neighborhood.  You can easily park your car and walk wherever you want if you stay near the area between State Road A1A and the ocean.

It is amazing that this little enclave still exists in the Miami–Fort Lauderdale–Pompano Beach Metropolitan Statistical Area with its population of 6,166,488 in 2019.

The centerpiece of the town for many years was Anglin's Pier, a place for fishing, sightseeing, or just loafing.

Sadly, one of our readers, Mark, has reported that Hurricane Katrina badly damaged the pier, and then Hurricane Nicole did further damage.

The pier remains closed with an uncertain future. 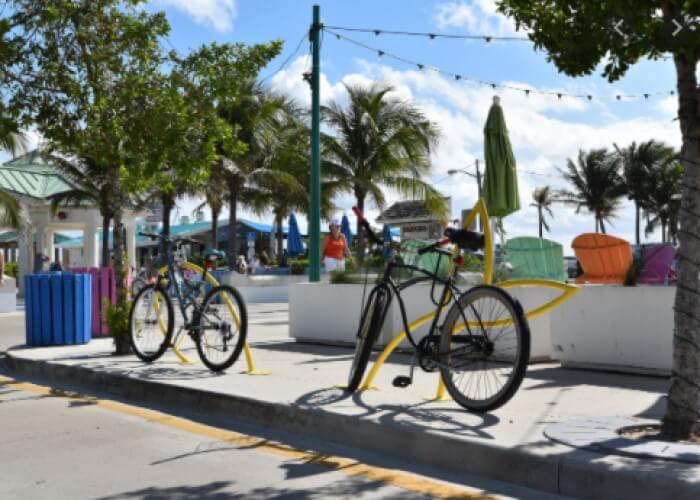 Anglin's Plaza is a newly renovated area that serves as the town's central focus, like a courthouse square would have done in earlier times.

The town has a good selection of beachy gift shops, art galleries, and restaurants. 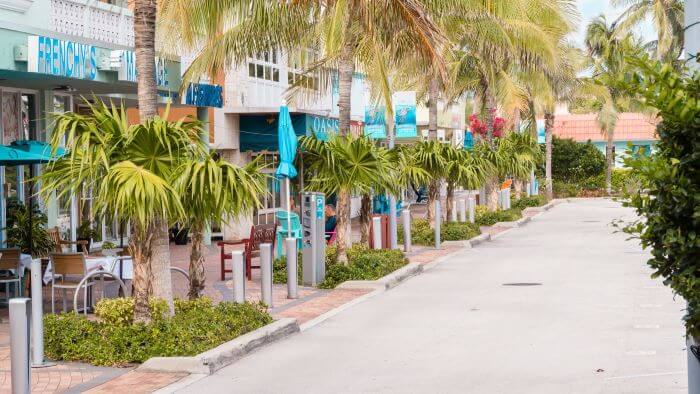 Lauderdale By The Sea Street Scene

It is also possible to find a reasonably priced room in some of the Mom and Pop motels that still exist. 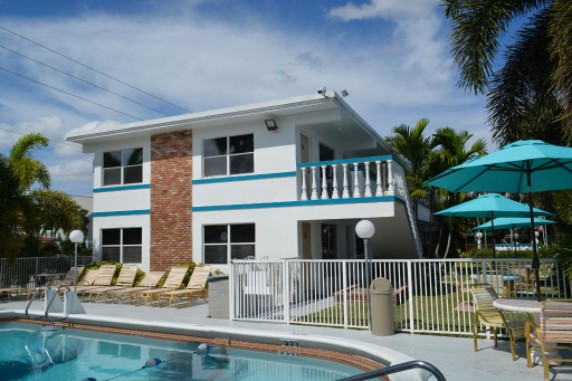 Horizon by the Sea Inn

The lower population density in Lauderdale-By-The-Sea makes the beaches less crowded than in other areas of South Florida. 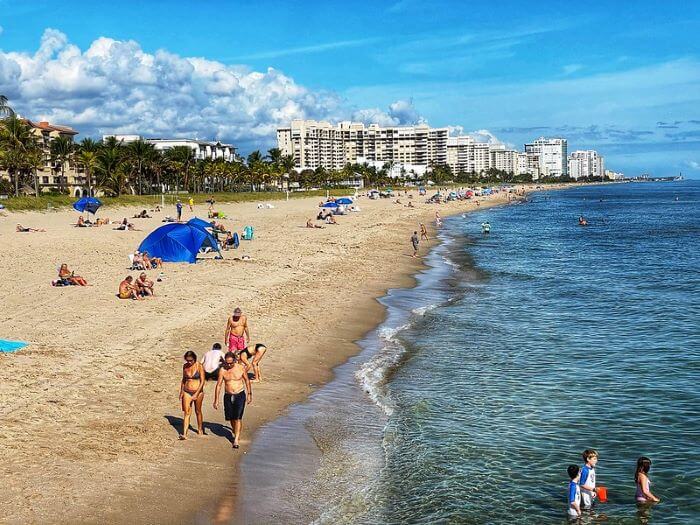 One of my favorite restaurants in the entire state of Florida is Sea Watch on the Ocean.  The views and food are both terrific. 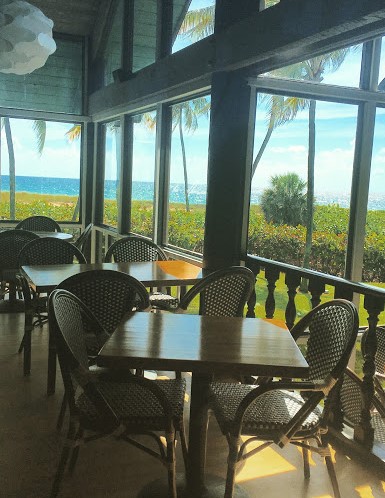 Sea Watch on the Ocean

You can contemplate a bit of history while you dine because the wreck of the SS Copenhagen is almost directly offshore. 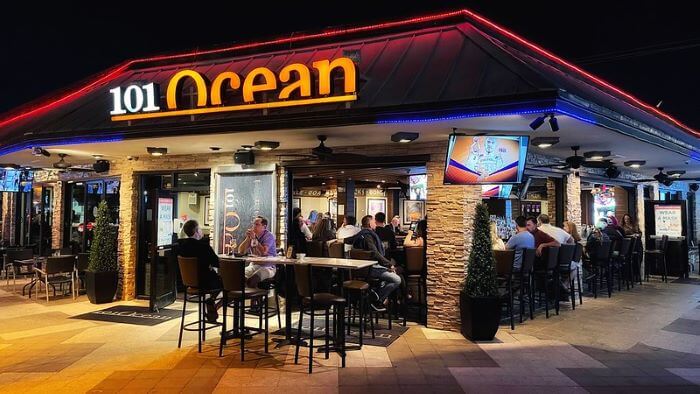 There are many places in the community that offer both inside or outside dining.  This is a wonderful feature in a beachfront town.

It's a great place to stay whether you are just relaxing or want a quiet base from which to explore South Florida.

ALL ABOUT LAUDERDALE BY THE SEA