Palm Bay, Florida is in Brevard County on the Indian River Lagoon south of Melbourne on Florida's Space Coast.  Its population in 2020 is 119,760. 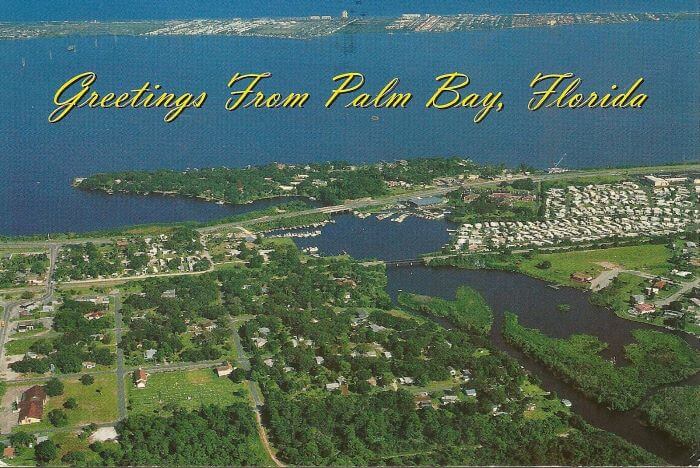 It is the largest city in the county by population and land area, dwarfing its much older neighbors and is one of the largest cities in Central Florida.  Palm Bay is 75 miles southeast of Orlando. 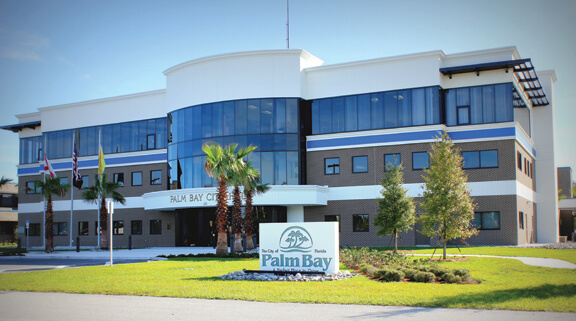 The land area around Palm Bay is drained by Turkey Creek that discharges into the Indian River.  The mouth of this creek was home to the Ais tribe.

These Native Americans lived in the area and subsisted on fish, oysters, and local wildlife. 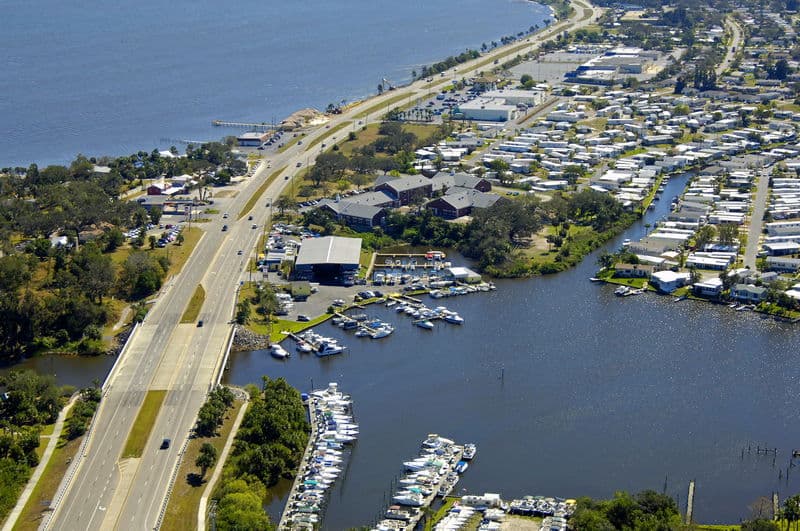 The first white settler in the area was John Tillman who came in the 1870s and built a wharf at the mouth of Turkey Creek.  This mouth became known as Palm Bay.

Tillman had a large banana grove on the north shore of Turkey Creek, as well as a profitable orange grove.  His wharf became a steamboat stop on the Indian River, and the community was known as Tillman. 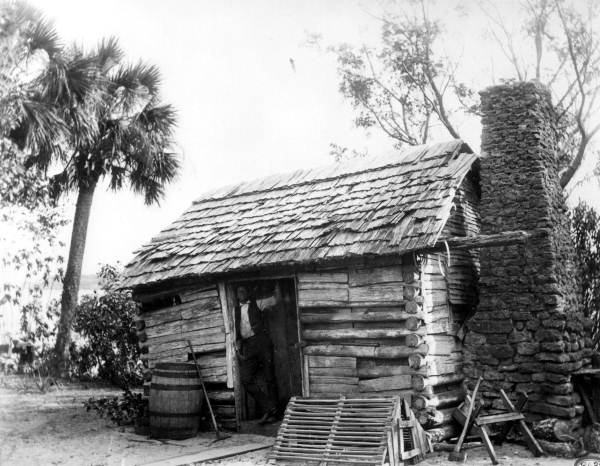 Man In Doorway of Cabin Near Turkey Creek, Tillman -Circa 1890
Florida Memory

The Indian River Catholic Land Company established a colony in Tillman.  Between 1910 and 1914 they attempted to grow crops on their land but depleted the soil and the colony failed.

Tillman became known as Palm Bay in the 1920s, and a group was formed called the Melbourne-Tillman Drainage District.

The district issued $1.5 million in bonds to finance a large drainage project in the land surrounding Palm Bay to the west.

The district dug 180 miles of canals in a grid to drain 40,000 acres of marsh land to make the land suitable for agriculture.

Citrus groves were planted and produce from truck farms was shipped to northern markets.

Ranching became profitable with many beef cattle being raised and timber also was an important crop.  Members of the pioneer Platt family were the largest ranchers in the area.

This era of Palm Bay history ended tragically in 1926 when a fire and a hurricane did tremendous damage in the area.  The drainage district went bankrupt and the economy spiraled downward for years.

In 1959 General Development Corporation (GDC) purchased 2,500 acres west of Palm Bay from the Platts and began Port Malabar with 130 homes.

The homes sold quickly and the City of Palm Bay was incorporated in 1960.  Its population then was 2,808 including the families in the original homes. 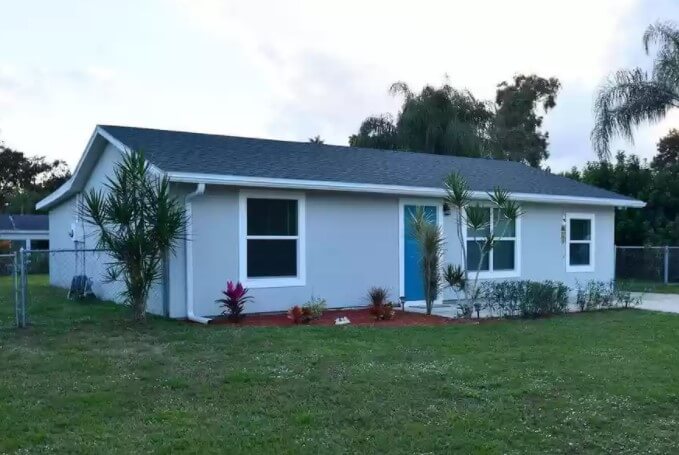 From that point on, Palm Bay was the dog and GDC was the tail wagging the dog.

The Corporation then bought 40,552 adjacent acres from the Platts in 1961, dug drainage canals, and platted another 70,000 quarter acre residential lots. 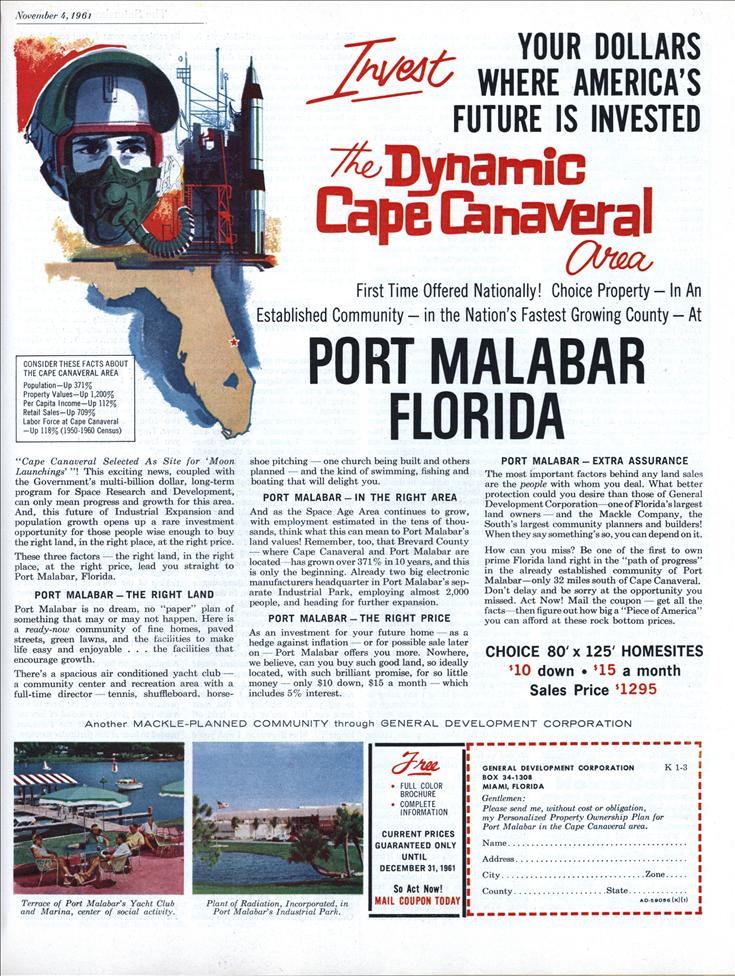 These lots were sold by high powered sales organizations to buyers all over the world.  I remember being in Naples, Italy when I was in the Navy in 1961.

GDC had a sales booth set up near where my ship docked. Several of my shipmates bought lots in Port Malabar, sight unseen, for $10 down and $15 a month.

We knew nothing about real estate in Florida other than it sounded nice and tropical and the sales people were real persuasive.

GDC was the developer of several other Florida communities with Port as the first name: Port St. John, Port St. Lucie, Port Charlotte, and Port LaBelle.

In order to plat lots, counties required that the roads serving the lots be paved.  This resulted in hundreds of asphalt streets winding through the Florida jungle with no traffic.

The pavement baked and cracked in the Florida sun and crab grass and other weeds grew up though the cracks.

Many Brevard County parents taught their kids how to drive on the vacant streets of Port Malabar and Port St. John. 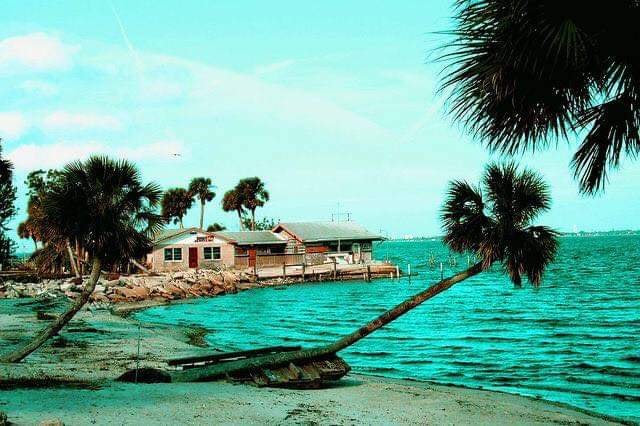 Locals would joke that nobody would ever actually live in these forlorn places.  But the joke would be on them.

Somewhere over the years people began calling their community Palm Bay, and the Port Malabar name is slowly fading into history.

GDC filed for bankruptcy in 1991, but the legacy of Port Malabar lives on.

The City of Palm Bay has an ongoing program of street rehabilitation due to the pavement problems resulting from the early GDC years.

Port Malabar was designed as a residential community, and the original development included a country club, yacht club, community center, tennis and shuffleboard courts and other recreational amenities. 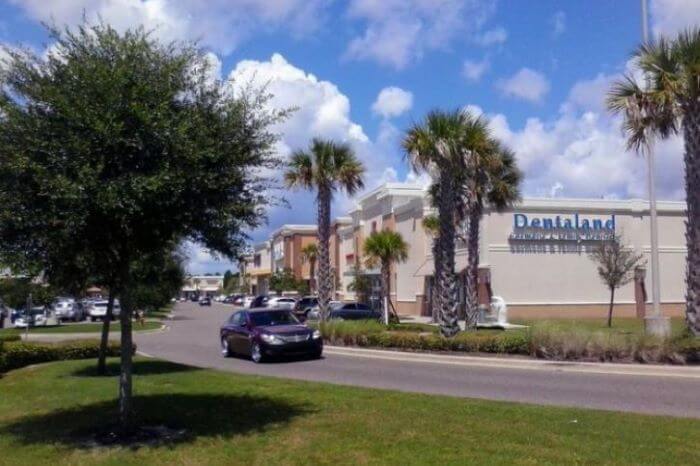 It has grown steadily over the years until today it has an area of 88 square miles and a population of almost 120,000.

The proximity to Melbourne as well as John F. Kennedy Space Center attracted many high tech industries over the years.

One of the earliest was Radiation, Inc., whose co-founder Homer Denius was a prominent business and civic leader in Palm Bay and Melbourne for many years. 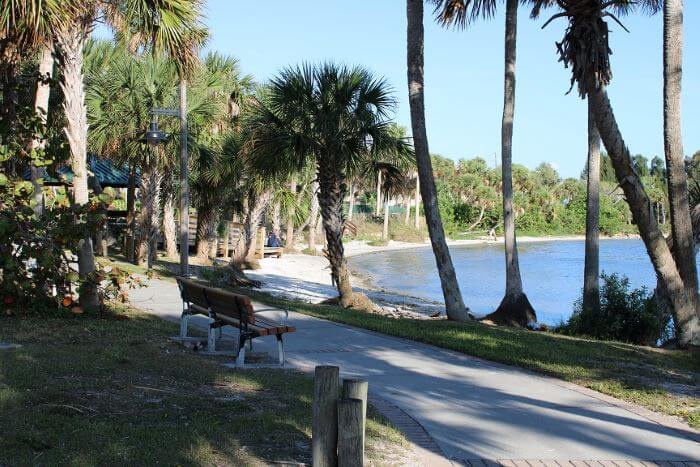 USA Today ranked the Palm Bay-Melbourne-Titusville Metropolitan Statistical Area as No. 12 in the United States for the number of high tech jobs. 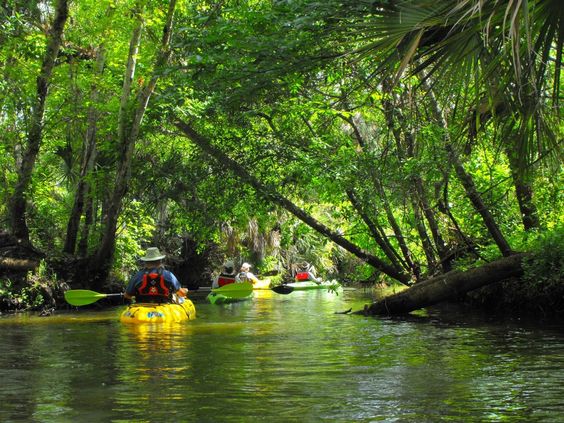 The growth of Palm Bay has included the addition of many parks and other recreational facilities.  It's location on Turkey Creek and the Indian River make great opportunities for water sports.

It is not unusual to see people paddle boarding or kayaking on Turkey Creek, or hiking on the miles of paths in the city.

Some of the earliest homes built along Port Malabar Boulevard and Turkey Creek have scenic waterfront views.

Community theater in Palm Bay is active at the Bayside Performing Arts Center with local actors performing in popular Broadway musicals and plays. 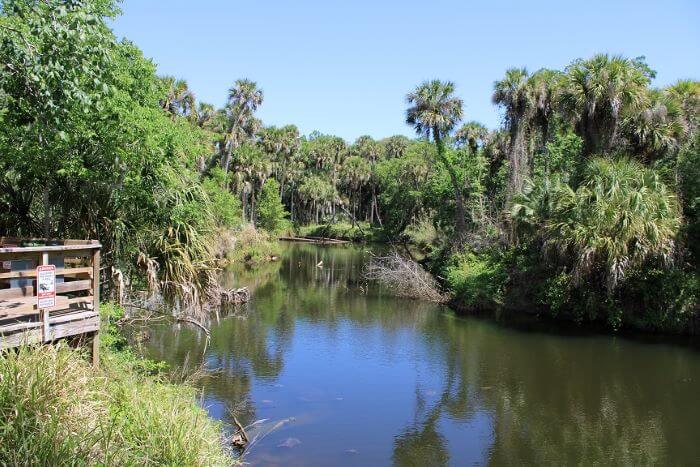 Realtor.com indicates the median home price in Palm Bay is $205,900, well below the national average.  A typical new home in the Palm Bay area would have 3 bedrooms and 2 baths.

The oldest homes built by GDC in the 1960s through 1980s usually have smaller square footages than the newer ones.

A reminder of the Catholic colony that was established in 1910 is St. Joseph's Church on Miller Street.  It is the oldest building in Palm Bay and is on the National Register of Historic Places.

ALL ABOUT PALM BAY, FLORIDA

PALM BAY THINGS TO DO