Yeehaw Junction is at the intersection of US-441 and State Road 60 between Vero Beach and Lake Wales. It is also the name of an exit on the Florida Turnpike.

At one time it was a station on the now abandoned Florida East Coast Railway's Okeechobee branch. 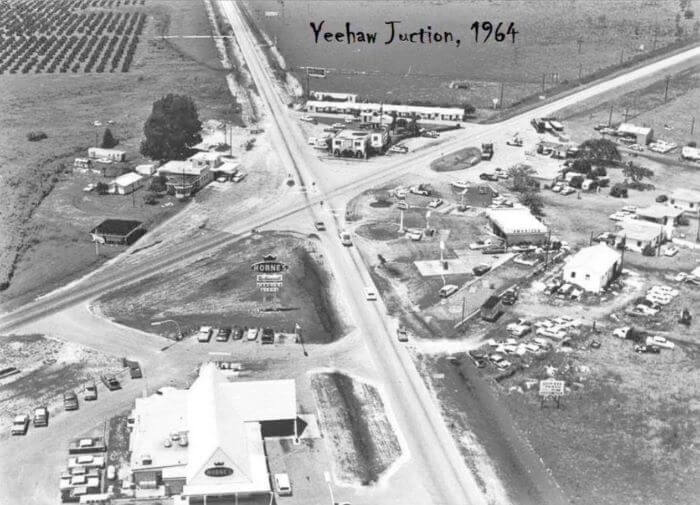 Many theories exist about how it got its name, but Allen Morris's book, "Florida Place Names", says it a corruption of the Creek Indian word "yaha", which means wolf.

In the more than half century I have been driving through it, changes have been very few.

A couple of gas stations, maybe a motel that came and went, a new connection to the Florida Turnpike, a tourist trap souvenir shop, not much else. 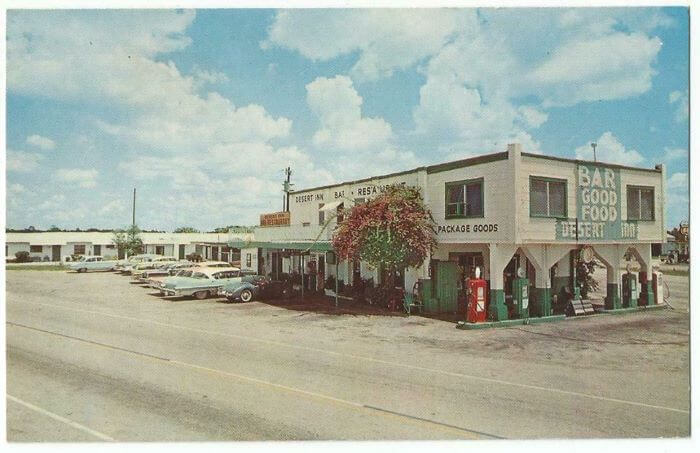 One constant you could always count on was the Desert Inn, a unique combination of bar, restaurant and hotel that has been there so long it's on The National Register of Historic Places.

It closed a couple of years ago, but still survived as a reminder of Old Florida.  The chili served in the Desert Inn used to be among the best in the western world. They also had some modest rooms for the tired traveler. 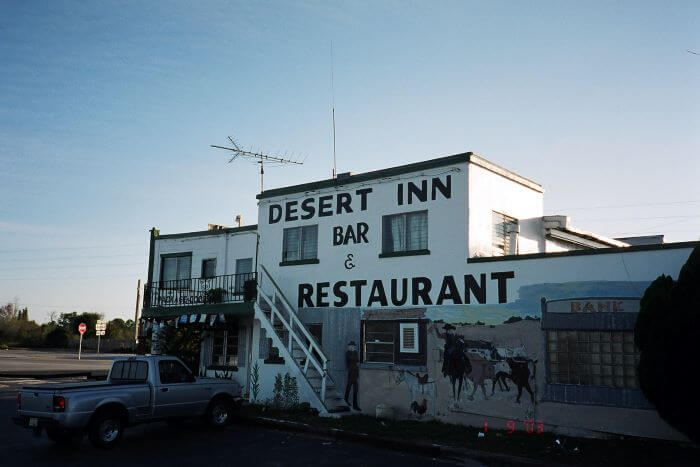 In my early years in Florida, Yeehaw Junction was where you had no other choice to go if your car or truck broke down anywhere in the wilderness that exists on all four compass points.

Many years ago there was a service station in Yeehaw Junction that sold tires to replace those that might have blown out on a unfortunate traveler's vehicle.

Those tires were the most expensive in the State of Florida.

The Desert Inn was almost demolished by a truck crashing into it on December 22, 2019. It's puzzling it could happen when you realize the inn was about the only structure in Yeehaw Junction that a person could possible hit. 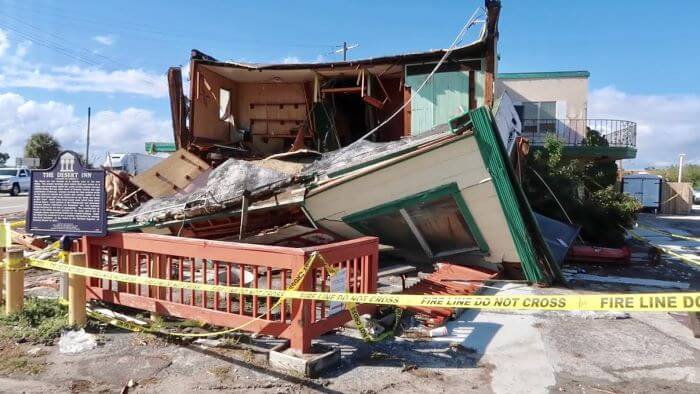 The truck was northbound on US-441 and made a left turn onto State Road 60.  He skidded off the road and plowed into the empty building.  Then, goodbye history.  From the looks of the wreckage, it is doubtful the inn can be rebuilt.

Now that the Desert Inn is closed and nearly destroyed, the destiny of Yeehaw Junction might soon be nothing but a memory shared by Florida natives and long time residents.