Dunnellon, Florida Things To Do, Lodging, Dining, & Real Estate At End Of Article

Dunnellon, Florida has a population of about 1,878 people and is located 25 miles southwest of Ocala in Marion County.

The town is at the junction of two beautiful rivers: the Rainbow River and Withlacoochee River.

It is known as the "Treasure of the Nature Coast" due to this unique location and natural beauty. 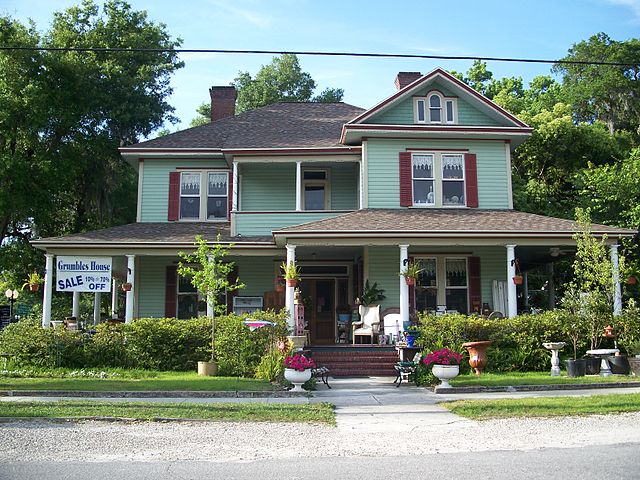 Dunnellon is believed by many to be the location where the Spanish explorer Panfilo de Narvaez crossed the Withlacoochee River in the early 1500s.

The town was founded in 1887 and is named for a pioneer railroad man, J. F. Dunn.  It started as a railroad town, with its first building being a boarding house, built in the late 1800s for railroad workers.

Soon after that, in 1889, hard rock phosphate was discovered in the area by Albertus Vogt. This led to many mines being established and the little town of Dunnellon quickly became a "boom town." 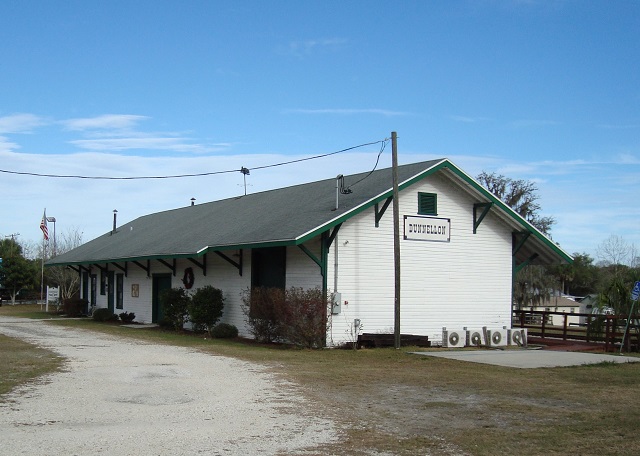 The mines were near the Rainbow River, and phosphate was shipped down the river to the Withlacoochee River and on to the Gulf of Mexico near Inglis.

The largest and most prosperous mines were named Tiger Rag, Early Bird and Eagle. 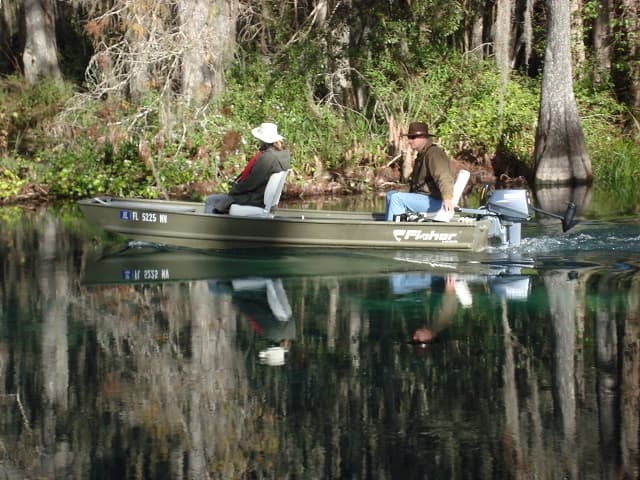 The city of Dunnellon became an important trade center and with its population growth many buildings and homes were built in the town.

The town's fortunes began to decline, however, in the 1920s when the phosphate mines began to run out of rock.

Dunnellon is located in north-central Florida, north of ﻿Inverness﻿, which is in nearby Citrus County.  Although it is a very small town, it is in the center of a larger surrounding area that includes several major subdivisions. 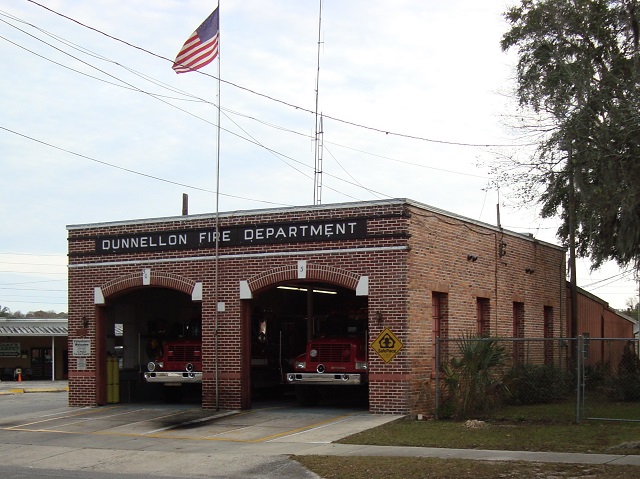 The downtown area is small and quiet with several antique stores and gift shops, restaurants, cafes, and various other local businesses.

Many of these unique shops are located in historic residential buildings. The Greater Dunnellon Historical Society is active in preserving history.

The old railroad depot, built in 1908 by the Atlantic Coast Line on South Williams Street, has been restored and updated complete with air conditioning, and is now not just a historical spot but is used for concerts and community events. 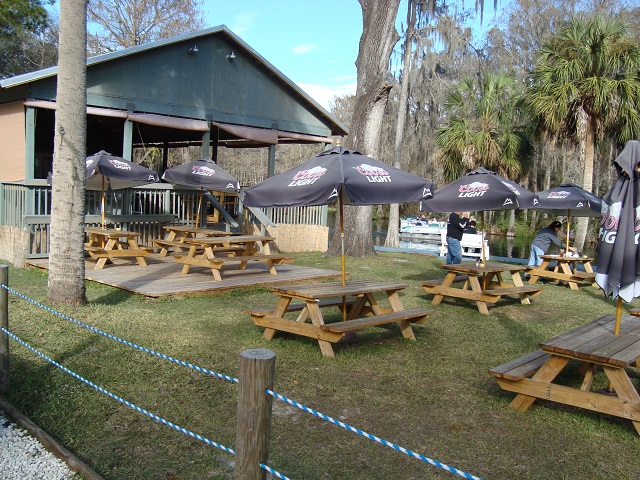 Swampy's on the Rainbow River

Swampy's is a casual local favorite restaurant with outside seating on the Rainbow River with live music at peak times.

There is another fun spot on the Withlacoochee, the Blue Gator Tiki Bar that offers airboat tours alongside the bar.

Both places serve up a variety of bar and grille style menu items including appetizers and sandwiches featuring seafood and of course, alligator.

Both spots also make for a nice lunch break on the river, with great food at an affordable price.

Dunnellon has several kayak and outdoor outfitting businesses because of the many recreational opportunities in the area. 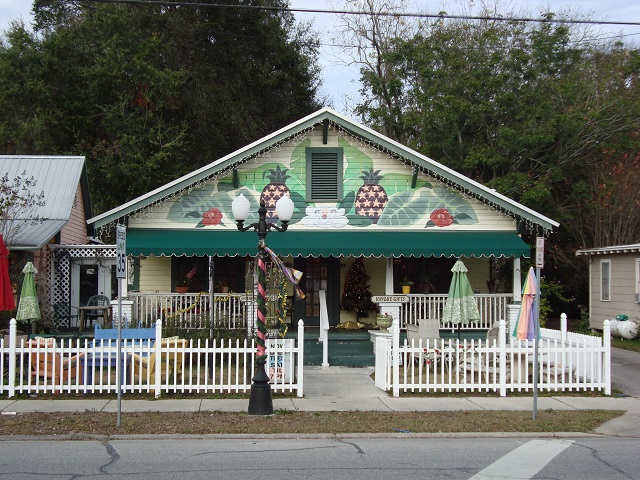 The citizens of Dunnellon and the Dunnellon Chamber of Commerce have done a good job of preserving many of their old homes and businesses from the boom days.

These can be seen in the "Dunnellon Boomtown Historic District", which is listed in the National Register of Historic Places with 70 historic buildings being preserved. 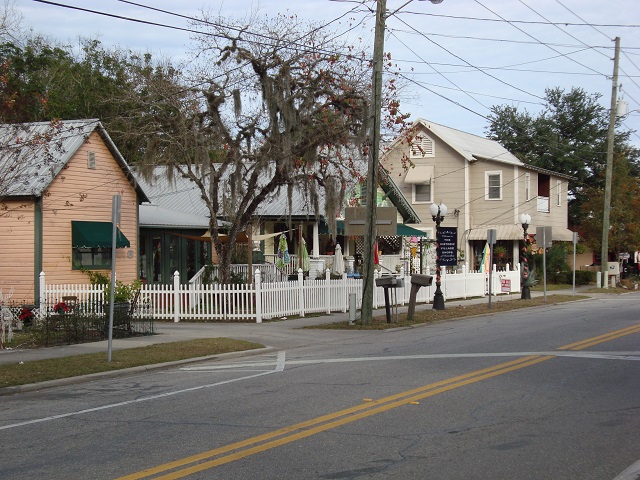 Every April, for more than 50 years, the town holds a large festival and street party to celebrate its history, attracting thousands of visitors.

In the fall there is a music festival that started as a jazz fest but now celebrates a variety of genres with multiple acts performing on the main downtown street, East Pennsylvania Avenue.

This also draws many visitors annually.

Perhaps the most popular attraction in the Dunnellon area is Rainbow Springs State Park. It is on the Rainbow River and was at one time a privately owned attraction.

Locals and visitors enjoy tubing down the river from KP Hole, which rent tubes (or bring your own) for the four-hour excursion and shuttles you back to your starting spot. 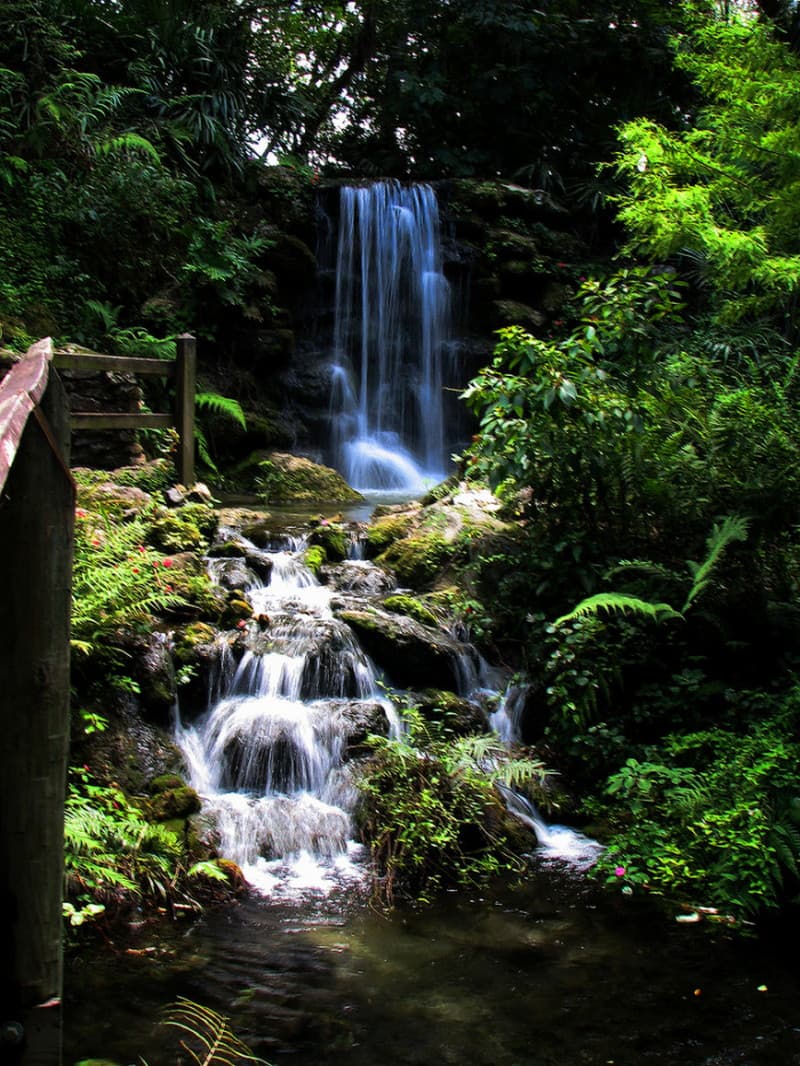 The park offers camp sites, picnic shelters, hiking trails, kayaking sites and many other outdoor activities. Visitors love the waterfall that was retained from the original tourist attraction.

There are several other outdoor attractions for nature enthusiasts of all ages and adventure-seeking levels.

There are some public boat ramps, although many areas are off-limits to motorized vehicles and have a no-wake policy in place, to protect wildlife and prevent flooding of buildings on the shore.

The Blue Run of Dunnellon Park runs along the Rainbow River and is an easy family-friendly hike. Much of it is paved, while you can still enjoy the river floodplain.

Goethe State Forest is headquartered in Dunnellon and is just a short drive northwest of the town. Focused on preservation of timber and wildlife, there are hiking and equestrian trails as well as picnic facilities.

There are also several primitive camping areas, some of which can be enjoyed with your horse. Fishing and birdwatching are also popular here.

The Halpata Tastanaki Preserve, just east of Dunnellon, includes a floodplain swamp along the Withlacoochee River and is home to many species of protected plants as well as being a natural habitat for birds and other wildlife.

The Preserve is open to the public and has 13 miles of multi-use trails, for bikers, hikers and horseback riders.

The Ross Prairie Trailhead and Campground in Dunnellon has a small campground and different trailheads (day-use only) for hiking, biking, geocaching and equestrian use.

This spot runs adjacent to the Ross Prairie State Forest, along the southern border of the Marjorie Harris Carr Cross Florida Greenway.

The unique landscape, with the wetland prairie systems being adjacent to the sandhill, provides habitat for a wide variety of animals, from birds to bobcat, deer and gopher tortoises.

The Cross Florida Greenway is remarkable in its own right. Spanning Central Florida from the Gulf of Mexico to the St. Johns River, it consists of over 70,000 acres and more than 300 miles of trails.

These trails are for a variety of uses including paddling, hiking, equestrian, and multi-use. A variety of wildlife can be seen here including black bears.

Dunnellon and nearby Ocala has a rich equestrian history and plenty of horse farms today.

The area's phosphate abundance and current limestone proved beneficial to the soil and it became known internationally as one of the best places to raise and train horses.

In fact more than half of the Kentucky Derby horses in the 2021 race are reported to have ties to the area, whether bred, sold or trained.

ALL ABOUT DUNNELLON, FLORIDA

DUNNELLON THINGS TO DO