Naples history, at least in the modern era, began when Naples Florida was founded during the late 1880s by General John Stuart Williams and Walter N. Haldeman.

Williams was a former Confederate general known as John "Cerro Gordo" Williams for his exploits in the Mexican War.

Haldeman was publisher of the Louisville Courier-Journal.

The name Naples caught on when early promoters described the bay as "surpassing the bay in Naples, Italy". 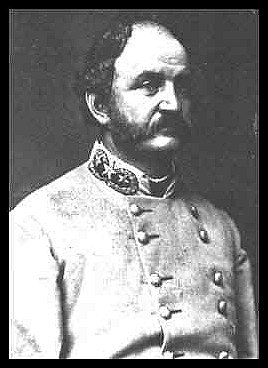 In the late nineteenth century, magazine and newspaper stories around the country featured many stories about Naples Florida.

These stories told about Naples history of balmy climate and abundant fishing and hunting. People began to hear about the little town.

Williams and Haldeman formed The Naples Company, and built a pier in the Gulf of Mexico and the Naples Hotel.

These were the first significant structures in Naples history.

Some of these buildings, along with the pier, still exist and are the focal point of Old Naples Florida , a beautiful historic neighborhood loved by residents and tourists alike.

The Naples Company struggled financially and finally went broke. It continued on in modest style under Haldeman's management.

Haldeman built several cottages, and many of the early guests were friends or employees of Haldeman.

Naples Florida was a remote location in those days, but the fantastic hunting and fishing put it on the map.

Henry Watterson, editor of the Louisville Courier-Journal, wrote in 1906:

"Naples is not a resort, but to the fisher and the hunter, Naples is virgin; the forests and the jungles are scarce trodden, the waters, as it were, untouched. Fancy people condemned to live on venison and bronzed wild turkey, pompano and sure enough oysters - and such turkeys! And such oysters!"

Naples Florida was accessible only by boat in those days, and the town remained a remote winter retreat for rich northerners until the train came to town in 1927.

This was the year before Barron Collier helped finance and push through the remaining link of the Tamiami Trail that connected Tampa with Miami.

The dredge that was used to help build the trail can still be seen at Collier-Seminole State Park 17 miles east of Naples on the Tamiami Trail.

After World War Two, Naples Florida began to boom. Aqualane Shores was dredged out of the mangrove swamps just south of downtown and many waterfront lots were created.

Aqualane Shores led the way for other upscale residential developments like Port Royal and The Moorings.

In 1959 the voters of Collier County decided to move the county seat from Everglades City to East Naples.

The following year, 1960, saw Hurricane Donna with winds of 150 mph. The eye passed over Naples, Florida. No lives were lost, but there was massive destruction including the loss of the Naples Pier.

Growth since Donna has been steady, and Collier County was the fastest growing county in the U.S. for many years.

Naples and surrounding Collier County now have more than 80 golf courses, many of them in gated communities.

The area has done a good job preserving and honoring its history.

Near the restored historic Naples Pier is Palm Cottage, Naples oldest house built in 1895. Guided tours are offered in the winter season.

Other historic buildings include the Naples Commissary Building in Olde Naples, dating back to 1903, and the renovated Naples Depot that dates back to 1927.

The depot displays a caboose and other railroad memorabilia. It is also the location of one of Naples many annual automobile shows.

Naples history buffs will also find much of interest at the Collier County Museum, which houses a permanent collection from Prehistoric times through to the present day.

The focus of present day life in Naples are the two historic business districts: Fifth Avenue South and Third Street. Great restaurants and shops abound in both districts.