Sopchoppy, Florida Things To Do, Lodging, Dining, & Real Estate At End Of Article

The words Sopchoppy, Florida just seem to roll off your tongue.  Along with Two Egg, the name Sopchoppy has become the quintessential metaphor for rural north Florida. 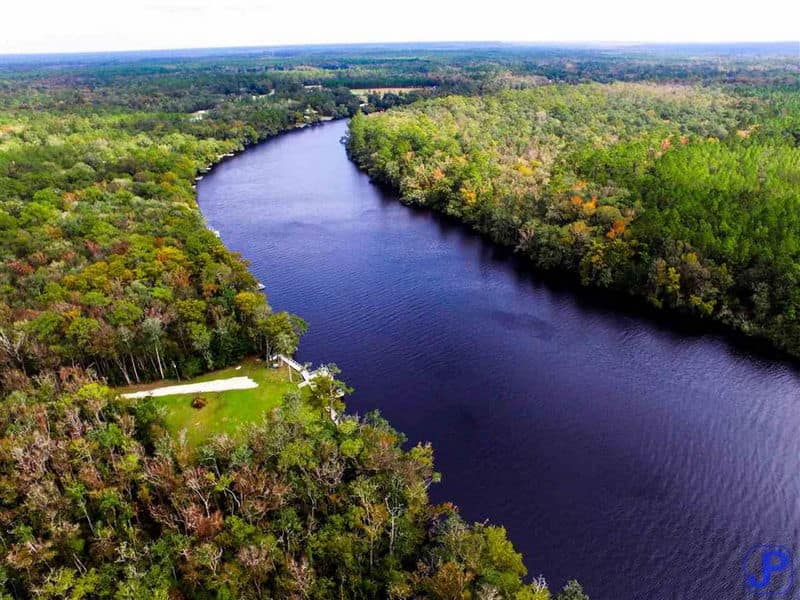 Sopchoppy is in the Florida Big Bend country south of Tallahassee, in Wakulla County, where the Florida coast starts its bend west from the main peninsula toward the panhandle.

The name possibly comes from an old Native American term for a long and twisted river.  This describes the Sopchoppy River.

In 1894 the Carrabelle, Tallahassee & Georgia Railroad Company built a line through the area and platted lots.

In 1906 the railroad was sold to the Georgia, Florida and Alabama Railway, known as the GF&A. 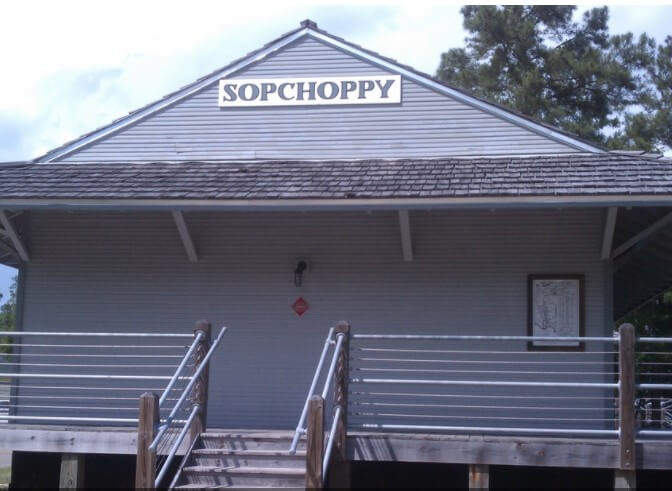 Locals joked that those letters stood for gopher, frog and alligator, and they called it the Gopher, Frog and Alligator railroad.

For many years the Sopchoppy economy was based on lumber, turpentine, honey, and farming.

Fishing was also an important industry and frog legs, catfish, oysters, and sturgeon caviar were shipped out of Sopchoppy.

The railroad closed in 1946 and Sopchoppy began to quiet down from its more prosperous years.

The town is on the Sopchoppy River at the edge of the huge Apalachicola National Forest.

This 46 mile long river is one of the most natural streams in Florida.  It meanders south from Sopchoppy to Ochlockonee Bay on the Gulf of Mexico. 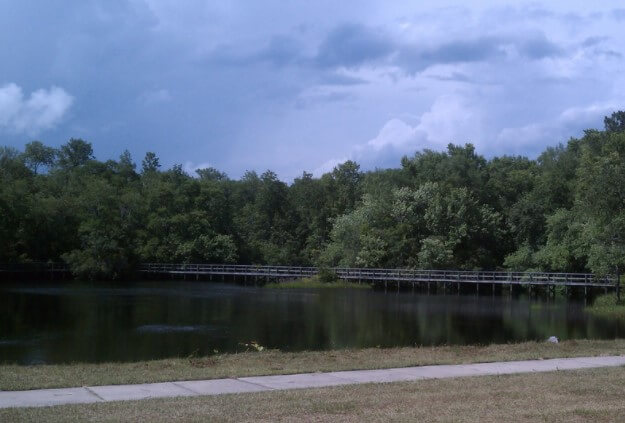 This tiny city has become a popular staging point for outdoor activities such as camping, fishing, hunting, kayaking, and canoeing.

The city has also done a good job of building and maintaining parks, including the Myron B. Hodge City Park. 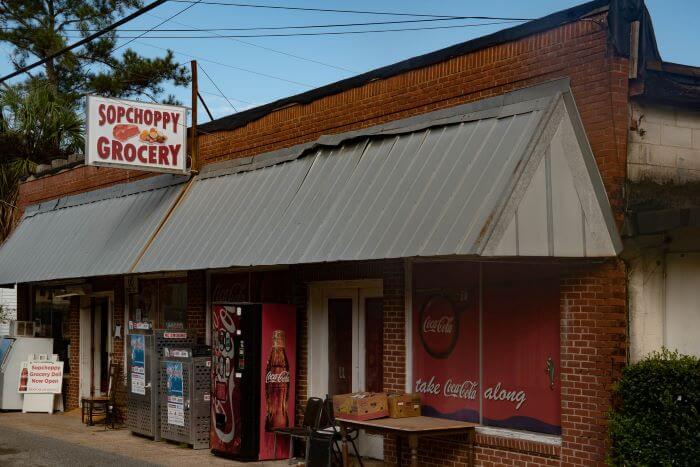 This park on the Sopchoppy River has 26 RV sites along with primitive camp sites with bathroom facilities.

You can also use the boat launch there, the fishing piers, playgrounds, softball field, basketball court, and picnic facilities.

One of the historic buildings preserved in this park is the Curtis Mill School. 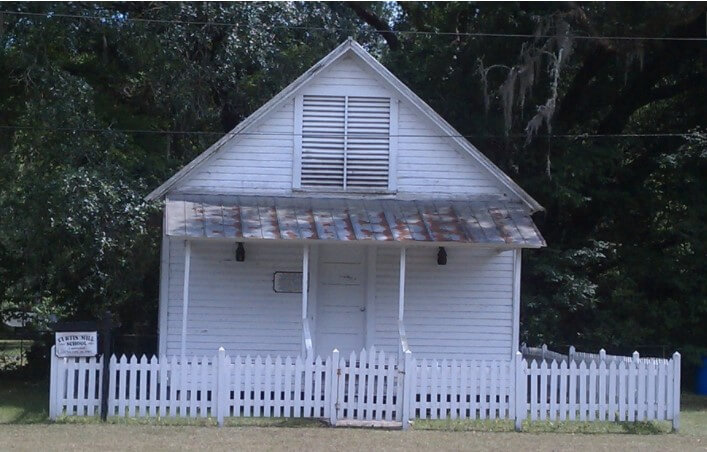 The old Georgia, Florida and Alabama Depot was restored by the City in 2010 and is now serving as a museum of local history. 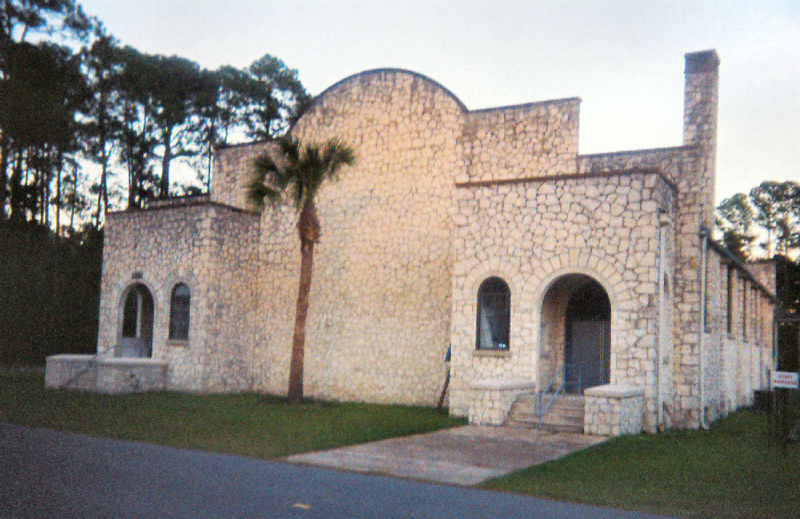 An interesting structure in Sopchoppy is the old high school gymnasium.  It is listed on the National Register of Historic Places.

The city makes the building available for special events such as wedding receptions and family reunions. 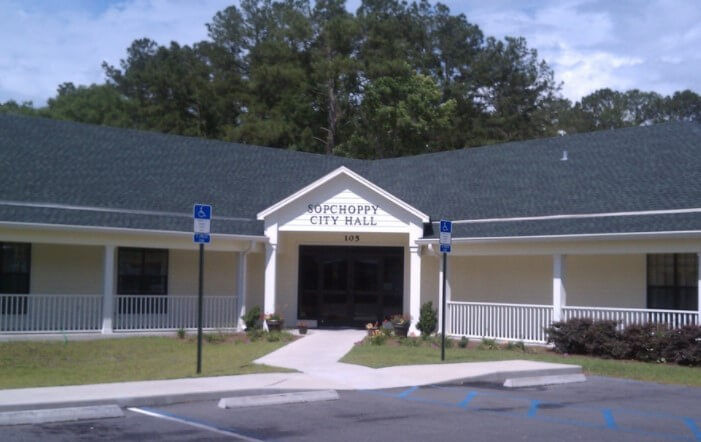 Part of the novel "Clownfish Blues" takes place in Sopchoppy. The famous Sopchoppy worm gruntin' is part of the plot.  Read more about its popular author, Tim Dorsey.

You may be a true Floridian if you know that Sopchoppy is the location of the annual Worm Gruntin' Festival.

The first festival was in the year 2000.

It always takes place on the second Saturday of April.  People come from all over Florida, Georgia and Alabama to watch the festivities.

The photo is of Gary Revell, a professional worm grunter and a previous King of the Festival. 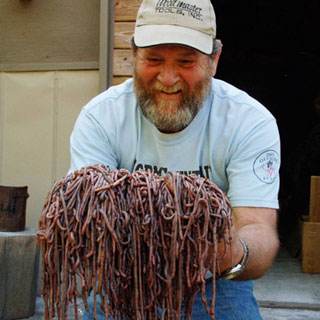 Sopchoppy claims to be the "Worm Gruntin' Capital of the World", and I for one am not going to challenge their claim.

I remember seeing it featured many years ago on CBS's Sunday Morning back when Charles Kuralt visited and interviewed some worm grunters.

Worm grunting involves sticking a wooden stake, or stob, into the ground and rubbing it with a flat piece of iron like a car leaf spring to make the stake send vibrations into the ground. 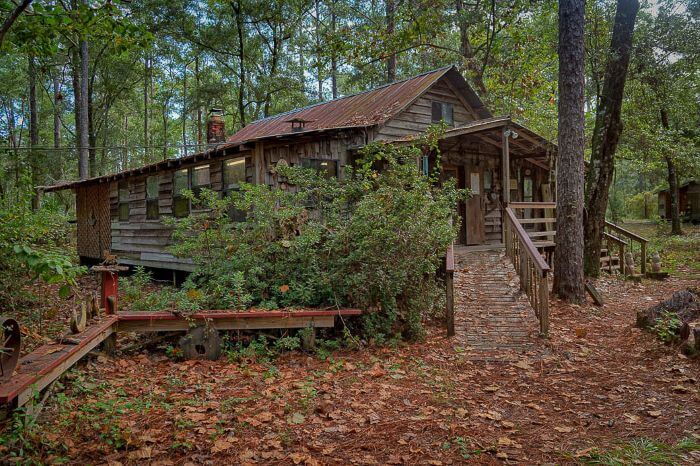 The sound it makes when done right sounds like the grunting of a bullfrog.

Worms think the sound is coming from moles, however, who love to eat worms. So the worms wiggle up to the surface thinking they are escaping from the burrowing moles only to end up in a worm grunter's bait bucket.

Some folks are far better than others at worm gruntin. It seems to be an art more than a science.