Green Cove Springs is a small city of about 9,125 people on the west bank of the St. Johns River.  It is the county seat of Clay County and is about 28 miles south of Jacksonville.

It's a nice little town of shaded streets and fine old homes in quiet neighborhoods on either side of busy U.S. 17, the main north-south highway through town. 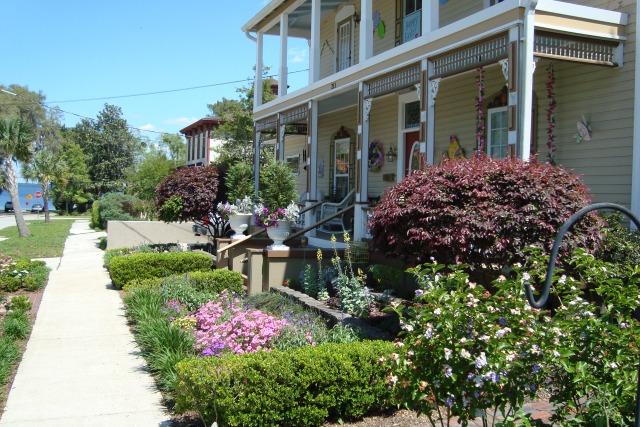 Native Americans were the first settlers in this area.  They were attracted by the warm mineral spring that ended up being the inspiration of the town name.

When Florida was still a Spanish possession, George J. F. Clarke was given a land grant in 1816 to establish a sawmill. 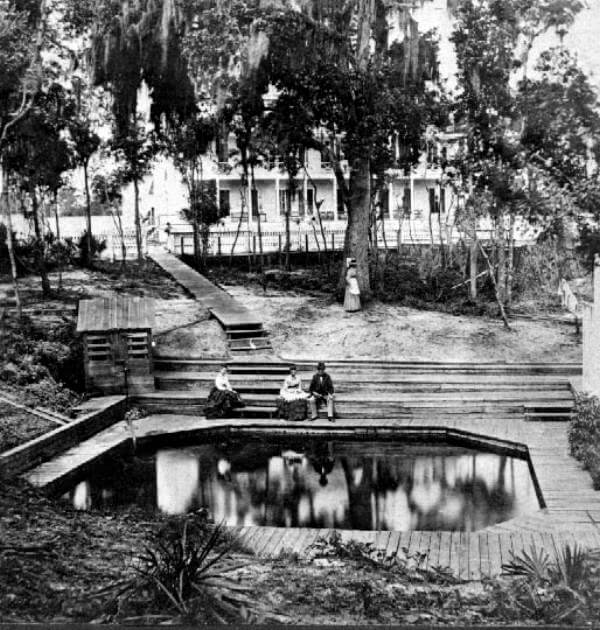 The original town that grew up around it became known as White Sulfur Springs in 1854 but was renamed Green Cove Springs in 1866. 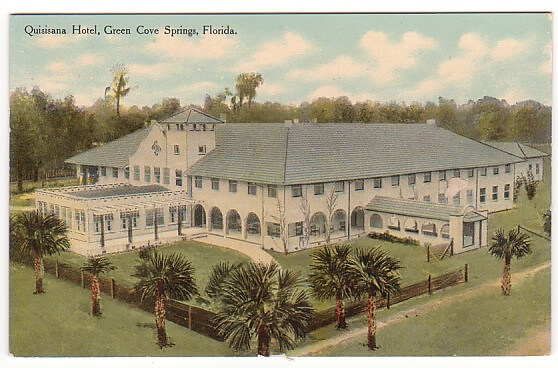 The town grew in the late 1800s because of its agriculture including many citrus groves.  Tourism was also an important industry.

Visitors to the Springs came down from Jacksonville by river boat to stay in the hotels and enjoy the springs. 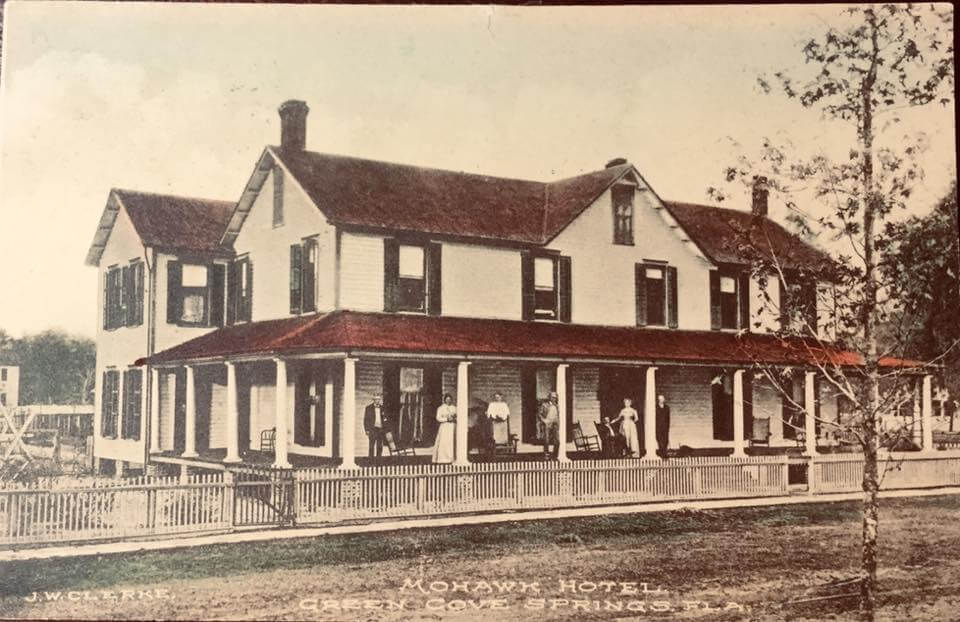 The "Great Freeze" of 1895 destroyed the citrus crops and the town dwindled and few tourists visited the area.

Tourism began to pick up in the 1920s because of new highways and railroads popping up in Florida, but the Great Depression put a stop to that. 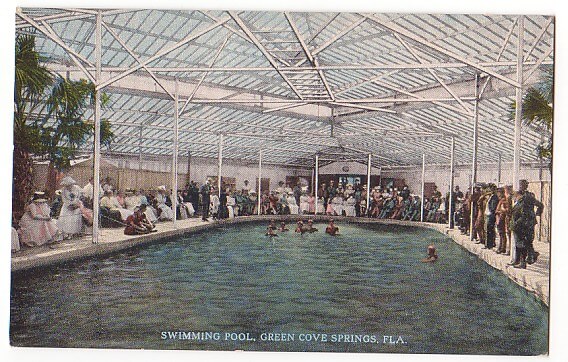 It was not until World War Two that the town began to grow again.

This quiet little town seems like an unlikely place to have located one of the U.S. Navy's largest mothball fleets at the end of World War Two.

By 1947, about 600 destroyers, destroyer escorts and fleet auxiliaries were the most prominent sight in this riverfront town. 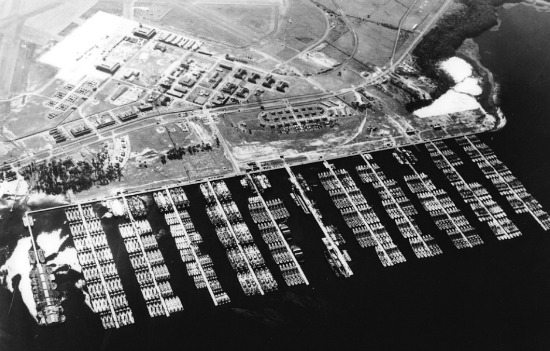 The Navy built huge concrete docks projecting out into the river to dock the ships.

By 1962, the fleet was largely gone, parceled out to other U.S. Navy locations and foreign countries for their navies.

The docks remain from the days of the mothball fleet, but with only a few modern yachts in a small marina setting along with older ships waiting to be purchased or scrapped. 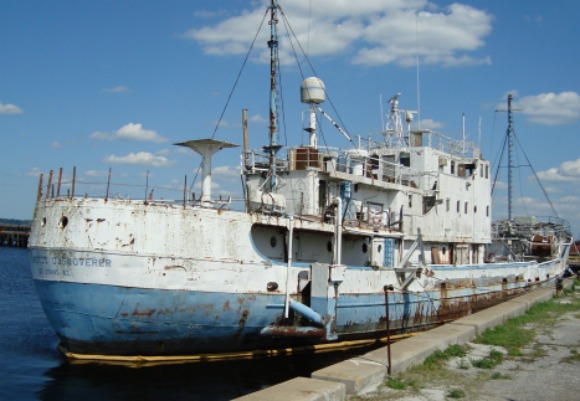 Only a few old timers like me remember when the huge fleet dominated the town and was the first sight you saw when coming from the east on the Shands Bridge over the St. Johns River on State Road 16. 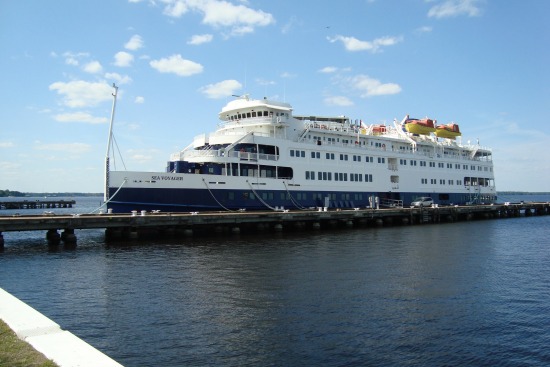 I like to ride my bike in Green Cove Springs. The neighborhoods between US-17 and the river are very quiet and have plenty of sidewalks and safe streets for riding.

I park my car downtown in a riverside park, take my bike off the rack and ride all over the place, including to the old Navy base for a look at what ships are currently there.

There is a sidewalk along the busy highways that allows you to ride safely to the docking area on the river. 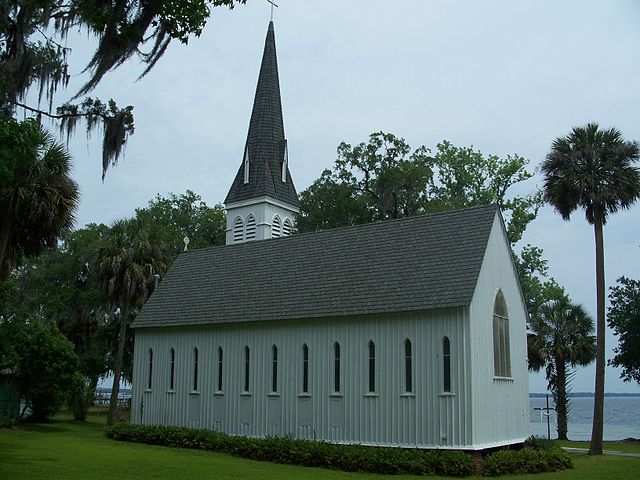 The church above is on St. Johns Avenue, a quiet street that parallels the river and goes through neighborhoods with many beautiful and well maintained homes in the neighborhood along the St. Johns River.

It's one of my favorite bicycle routes.

Sweet Sensations is in an unassuming corner building on busy U.S. 17 in downtown Green Cove Springs.

It is a very popular place for lunches, and is open Monday through Saturday from 10am to 3pm.

It has a small parking lot, but a city parking lot right next door has plenty of spaces if the restaurant lot is full.

When you enter Sweet Sensations, you will see a board with the daily specials printed out in magic marker. There is a batch of menus there for you to read, then you place your order at the counter.

The usual fare is a good selection of soups and sandwiches, but they usually also have a hot lunch of some kind along with two or three soups.

Off to the right is a glass case full of fresh desserts such as pastries, pies and cakes. 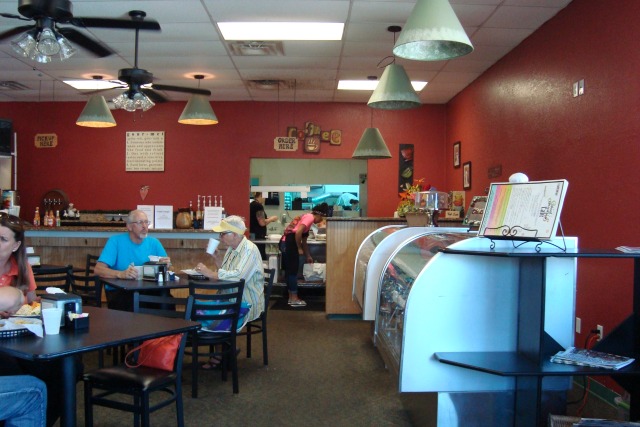 The decor is very simple and family friendly. The hot special when I was there was pot roast with vegetables. It was very tasty, and came with boiled potatoes, carrots and a dinner roll. A drink was included in the price, but I had water.

I also had a cup of delicious chili.

Someone at the table next to me was enjoying a Reuben sandwich and said it was fantastic. His wife was having something called an Outlaw Chicken Salad Sandwich. She also vouched for its tastiness.

The place had a nice lunch crowd when I visited at 130pm on a Tuesday. I will be sure to stop here again when I am in Green Cove Springs.

Green Cove Springs Things to Do