McIntosh, Florida Things To Do, Lodging, Dining, & Real Estate At End Of Article 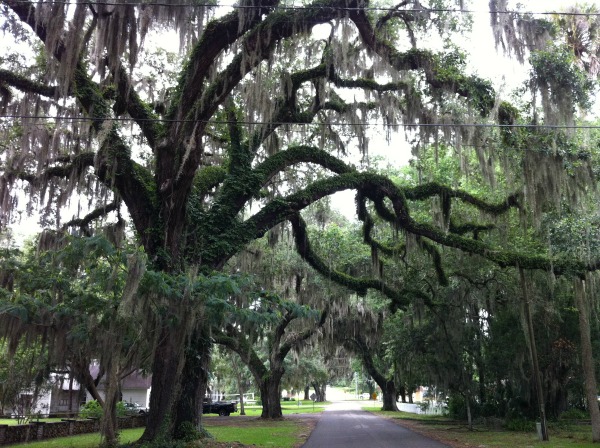 The name of the town may come from an early planter named Col. John Houstoun McIntosh who owned a plantation in the area from the 1820s until it was destroyed by Seminole Indians during the Second Seminole War (1835-1842).

Citrus groves began to thrive in the area after the Civil War, and oranges were shipped via Orange Lake on the shore of McIntosh to Palatka on the St. Johns River. 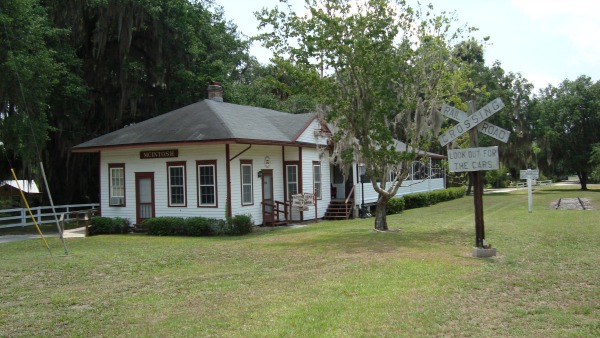 In 1881 the railroad came to town and McIntosh began to prosper as new markets were opened to citrus and vegetables shipped up North.

Many of the houses in this town were built during this period of prosperity that began in the late 1800s.

The material of choice was hard yellow pine, and the architecture is Florida Cracker, Gothic Revival, Queen Anne, and Bungalow. 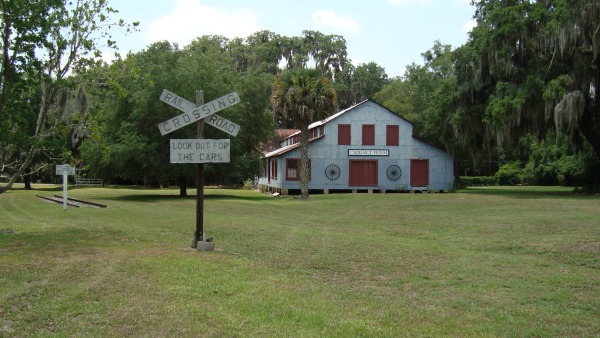 You have to get off US Highway 441 and drive east a block or two to get into the old part of town with its historic old homes and buildings.

When you do, you will see an authentic Old Florida village that is home and work place to real people, not a gentrified made up town like so many these days. 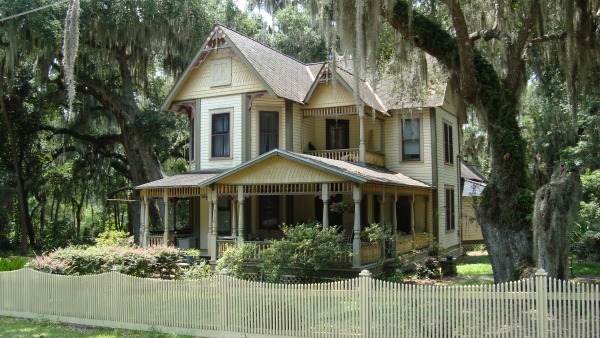 The town was incorporated in 1913 and has remained pretty much the same since I first visited it in 1963.

Residents say that it hasn't changed much in almost 100 years.

The McIntosh Historic District is a U.S. historic district established in 1983.

The district includes most of what you will see as you travel through the quiet streets of this town. 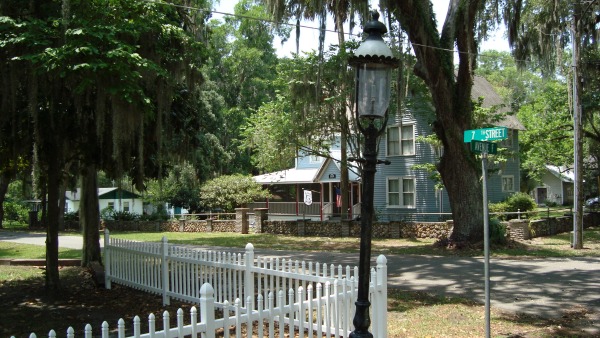 One of the 75 buildings included in this district is the McIntosh Presbyterian Church.

It is an example of Carpenter Gothic Architecture.  It was built in 1907 and still serves an active congregation 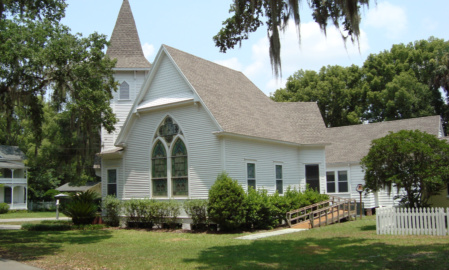 The narrow quiet streets, many of them unpaved, are shaded from the Florida sun by centuries old live oak trees draped with Spanish Moss.

An unusual feature of McIntosh that tells you a lot about the people who live here is the "Little Free Food Pantry."

This mini pantry is located at the corner of Avenue F and Fourth Street.  Its purpose is to give people a way to help their neighbors. 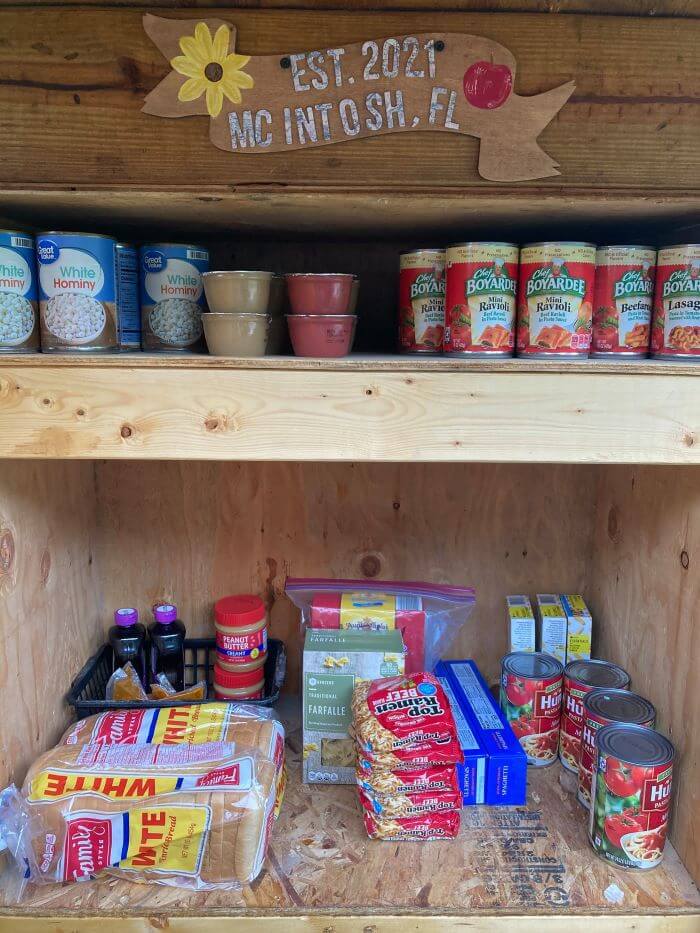 Then other people take what they need.  It is a system of giving designed to help people who are down on their luck.

Its slogan is "Take What You Need, Leave What You Don't."

Anybody can take anything from the pantry with no questions asked.  The Little Free Food Pantry even has its own Facebook group.

Places to visit near McIntosh: 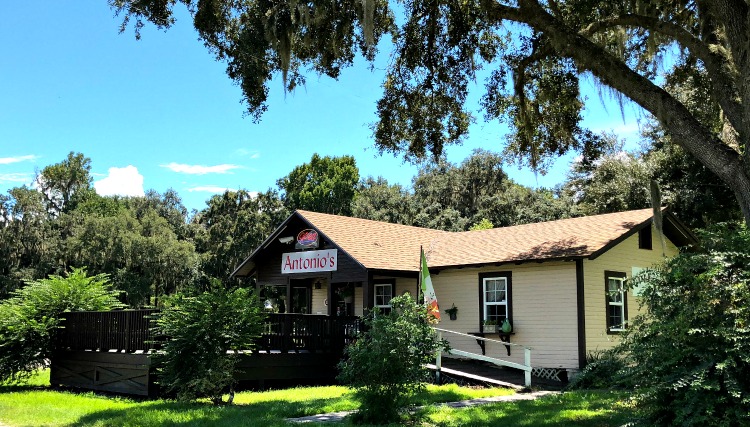 Micanopy is a small and quiet little town, so it's somewhat of a surprise to find a restaurant as good as Antonio's four miles south of this historic country town and close to the village of McIntosh.

It must be an Italian thing, because the minute you walk in here you feel like you're part of a big happy family.  Maybe this is because Antonio was born in Italy.

This is a small intimate restaurant with only about fifty seats, so it's always recommended to make a  reservation.

The have a nice selection wine and beer to start you meal with, and their appetizers - called anitpasti in Italian - include some tasty items such as sausage and peppers drizzled in goat cheese and vinegar;  clams and mussels alla Divaola;  and Bruschetta Napoletana.

Their full menu is extensive with soups and salads, pasta, chicken, veal, seafood, and sweet desserts.

I like to start a meal with Pasta Fagioli, a traditional Italian soup made with Great Northern beans and fresh vegetables.

One of their most popular dinners is Lobster Ravioli sauteed in a creamy gorgonzola sauce and topped with shrimp.

A good way to finish your meal is with Tiramisu, and their's is very good.

Antonio's was established in 2013 and already has a wide following of smart diners from all around the area.

They also have an affiliated place called The Depot/Speakeasy with more seats and a full liquor bar.

ALL ABOUT McINTOSH, FLORIDA

McINTOSH THINGS TO DO