New Smyrna Beach is a beautiful city of about 20,000 people located about halfway between Daytona Beach and Titusville on Florida's east coast. 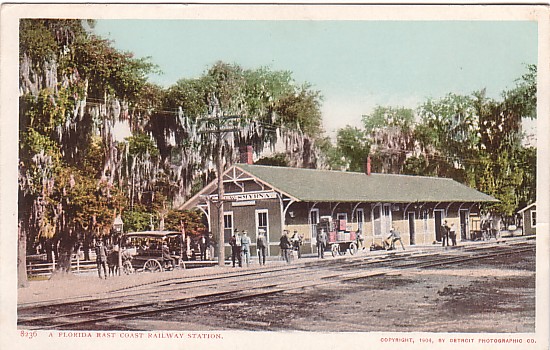 It's about one half hour drive south of Daytona, and a bit more than an hour's drive northeast from Orlando.

New Smyrna is the vacation destination of choice for many Central Floridians. 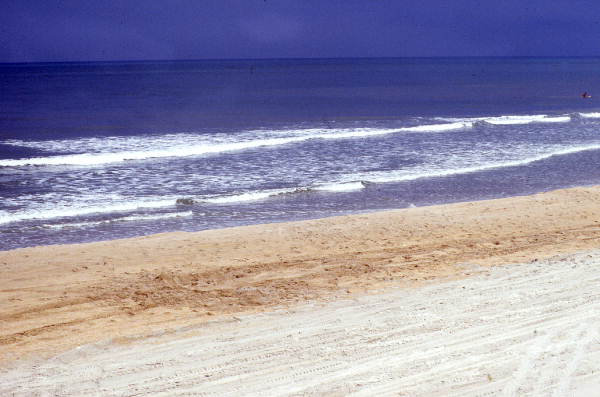 New Smyrna Beach Florida has some of the nicest beaches in the state.

Many condominiums and cottages in this oceanside town are owned by weekenders from Orlando and the surrounding metro area.

The beautiful white sand beaches and deep blue ocean are less than an hour away for most Central Floridians.

A Scottish doctor, Andrew Turnbull, founded New Smyrna in 1768.  He brought with him about 1500 people of Mediterranean descent, many of them from the islands of Minorca and Majorica off the coast of Spain.

Dr. Turnbull promised each of these people their own land after a seven year period of indenture. 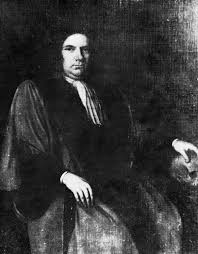 Turnbull tried to establish a new colony, and the early settlers tried to grow indigo, hemp and sugar cane. They also tried to make rum.

Conditions were really bad in Florida in those days.  The settlers were often attacked by Indians and the insects, including gnats and mosquitos, were abundant and miserable. 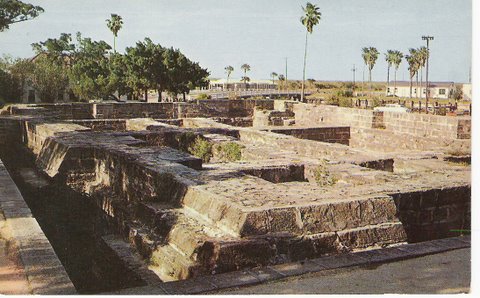 To make things even worse, it appears that Turnbull reneged on his promise to give land to the settlers.  They asked for help from Patrick Tonyn, the governor of what was now British East Florida, and he said if they would come up to St. Augustine, he would offer protection.

Most of these settlers abandoned New Smyrna and Turnbull en masse and walked north to St. Augustine. This was in 1777, shortly before St. Augustine was handed off again from the British to the Spanish.

New Smyrna Beach and St. Augustine have both lived under four flags: Spanish, British, American and Confederate States of America.

Dr. Turnbull gave up his colonizing idea and moved to Charleston, South Carolina. The descendants of his Minorcan settlers make up a significant portion of the population of St. Augustine even to this day.

Some of the Minorcan surnames you will see in St. Augustine and New Smyrna Beach today include Acosta, Manucy, Pellicer, Pacetti, Ponce and Canova. 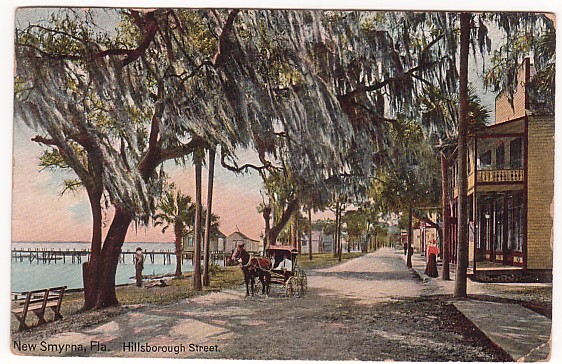 Not much remains in New Smyrna to remind us of Dr. Turnbull and his Minorcan pioneers. There is what looks like the remains of an old fort or storehouse downtown across from the city marina.  It is known today as Old Fort Park.

Nobody seems to know for sure what these ruins are all about. The most repeated theory seems to be that the settlers were building some kind of house or commercial building but stopped work when they bailed out to St. Augustine.

There are ongoing efforts to determine the origin of these ruins. 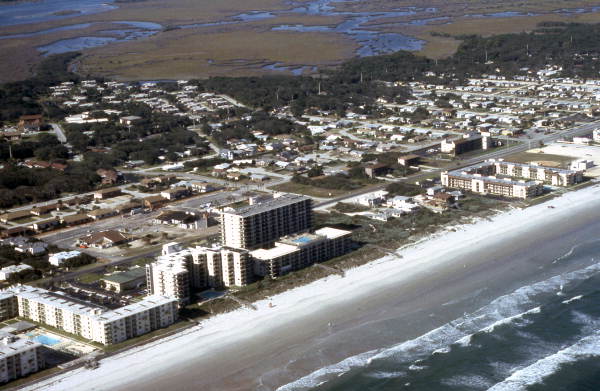 The current Town of New Smyrna Beach Florida was incorporated in 1887. Just 5 years later the Florida East Coast Railway came to town and the population of 150 began a steady growth which continues to this day.

The early growth depended on fishing, citrus and tourism. Some growth has been contributed to moonshining and rum running during the Prohibition era in the 1920's and 30's.

New Smyrna's access to the Atlantic Ocean is through Ponce Inlet south of Daytona Beach, formerly known as Mosquito Inlet. New Smyrna Beach has some great white sand beaches that can be driven on just like the ones in Daytona.

Like many Florida towns on the Atlantic Coast, New Smyrna has a mainland section and a beach section divided by the Intracoastal Waterway.

NEW SMYRNA BEACH ON THE MAINLAND

U.S. Highway 1 is the main thoroughfare through mainland New Smyrna Beach.  There is the small New Smyrna Beach Municipal Airport in the north part of town and many older residential subdivisions.

The stretch of highway through town has the typical array of car dealerships, fast food restaurants, convenience stores, and other businesses.  About halfway down this stretch, State Road 44 passes overhead east on its way to the beach. 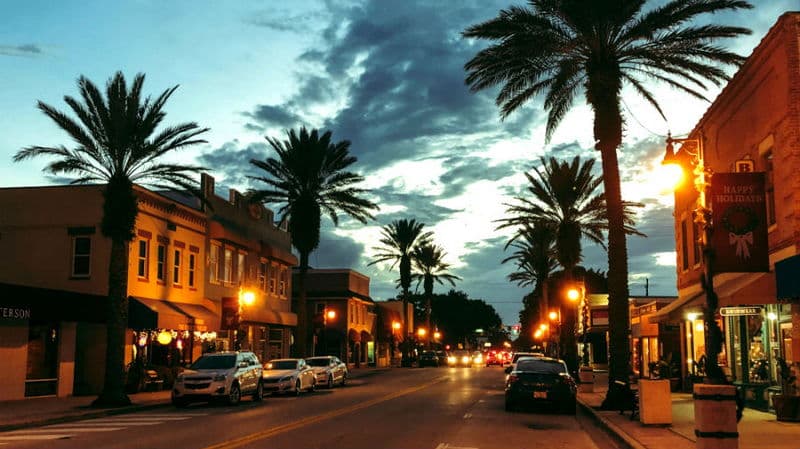 Rather than 44, however, the way into the business district of mainland New Smyrna is by Canal Street that heads east from U.S. Highway 1.  There are numerous restaurants and shops on this street.  It is also one of the community's leading art districts.

Brannon Center, an event venue, is in this district as well as Old Fort Park with the mysterious ruins mentioned earlier.  Across from the park is the nice city marina and a restaurant overlooking the water.

Washington Street, the north boundary of this district, morphs into the North Causeway that leads out to the beach.

NEW SMYRNA BEACH ON THE BEACH SIDE

After crossing the waterway on the causeway, you enter Flagler Avenue, a narrow east-west street that dead ends in the ocean.

This avenue is lined with shops, bars, and restaurants and has a distinctly beachy feel, as in surf boards, bikinis, and tank tops.  You can enjoy strolling this section, or driving your car on the beach. 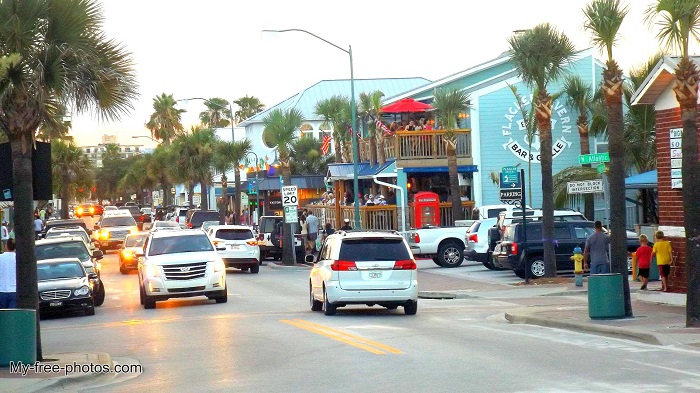 Heading south from this section along South Atlantic Avenue you will see miles of condominiums blocking your view of the ocean.  There are plenty of parking areas and crossovers, however, so you can still enjoy the beach, and there are additional access points to drive your car on the beach. 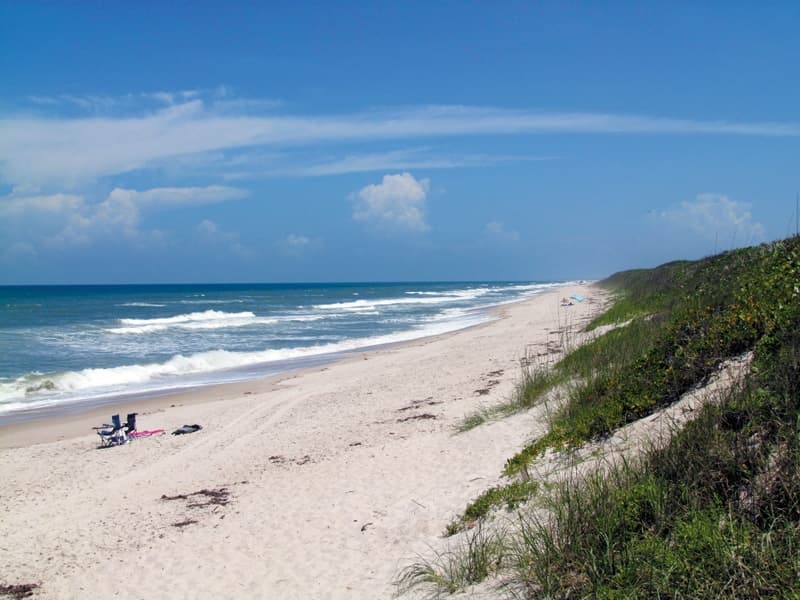 South Atlantic Avenue ends at Canaveral National Seashore.  This beautiful beach stretches south for 24 undeveloped miles into Kennedy Space Center.  A visit to the Seashore is a great way to spend a day.

Douglass Dummitt was a prominent pioneer in the area of New Smyrna Beach, Oak Hill, and North Merritt Island in the mid 1800s.  He had extensive groves and is remembered as the "Father of the Indian River Citrus Industry."

His son Charles was killed in a hunting accident at the age of 16 in what is now beach side New Smyrna Beach. 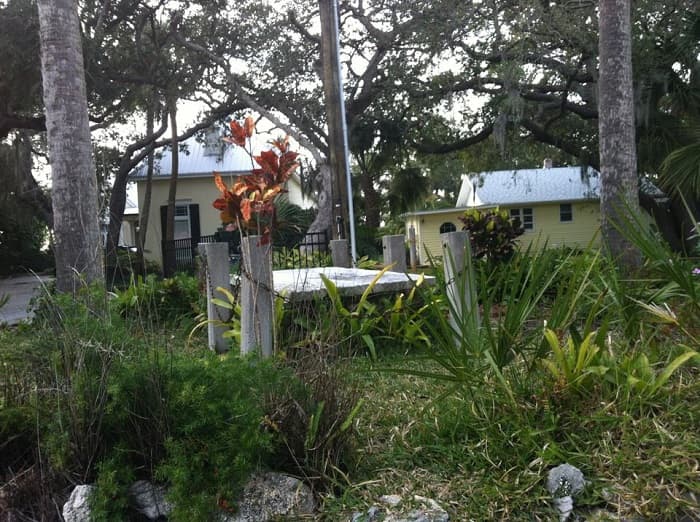 The grieving father had his son buried at the very site where he was killed.  As New Smyrna began to grow, developers tried to get the tomb moved, but were unsuccessful. 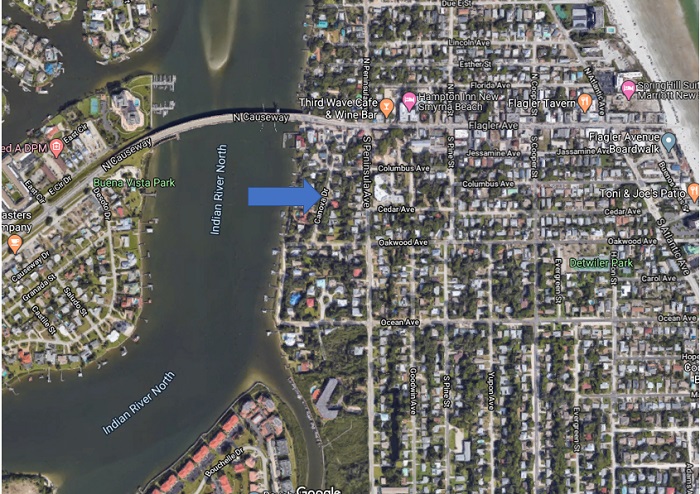 A compromise was reached where the road was split to go around the tomb.  The map above shows the location of the tomb on Canova Street.

The street was named for Judy Canova, a famous comedian and radio star, who platted the property.