Chipley, Florida Things To Do, Lodging, Dining, & Real Estate At End Of Article

Chipley, Florida is in the panhandle area of Northwest Florida about halfway between Tallahassee and Pensacola.

It has a population of about 3,600 and is the county seat of Washington County. 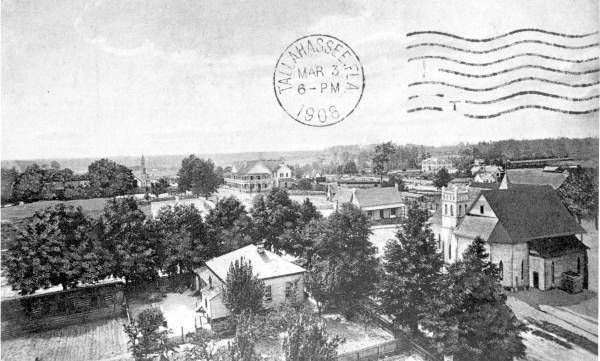 This small city was founded in 1882 and was originally named "Orange."  When the railroad came through town in the 1880s, the town was named Chipley after William Dudley Chipley.

Mr. Chipley was president of the Pensacola and Atlantic Railroad and was also a Florida state senator from 1895 to 1897.

The railroad was the first across the largely unpopulated Florida panhandle and ran 160 miles from Pensacola to Chattahoochee on the Apalachicola River.

The railroad originally intended to establish a station a few miles away from Orange.

Some town fathers - some of them fellow Confederate Army veterans - approached Chipley and convinced him to move the proposed station into Washington County. 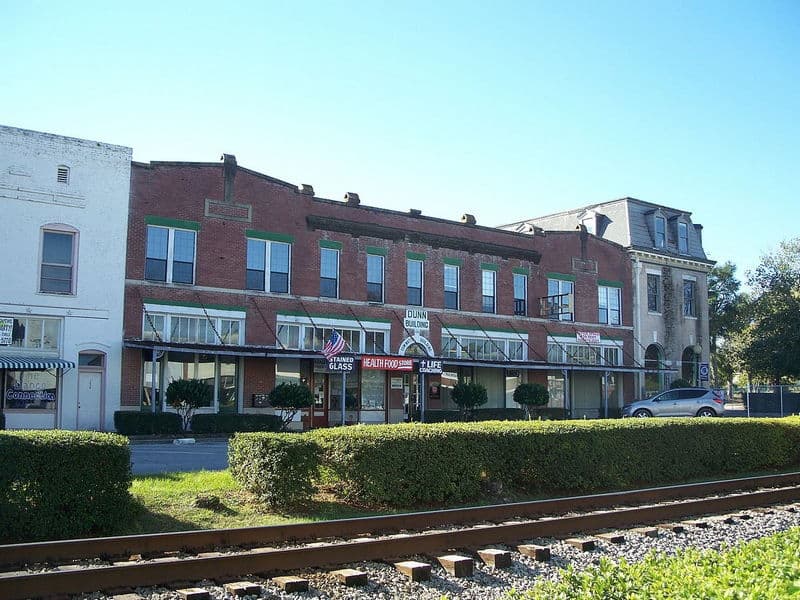 Chipley by the Railroad Tracks

The railroad was an important part of the Chipley economy for many years.

Forestry was a dominant industry in the panhandle, and spawned many other ventures such as saw mills and turpentine camps.

As the town prospered and was the center of much of the area's business, it was named the seat of Washington County in 1927.

Other towns in Washington County are Caryville, Ebro, Vernon, and Wausau.

Read more about Vernon, the small town where a classic Errol Morris documentary was filmed. 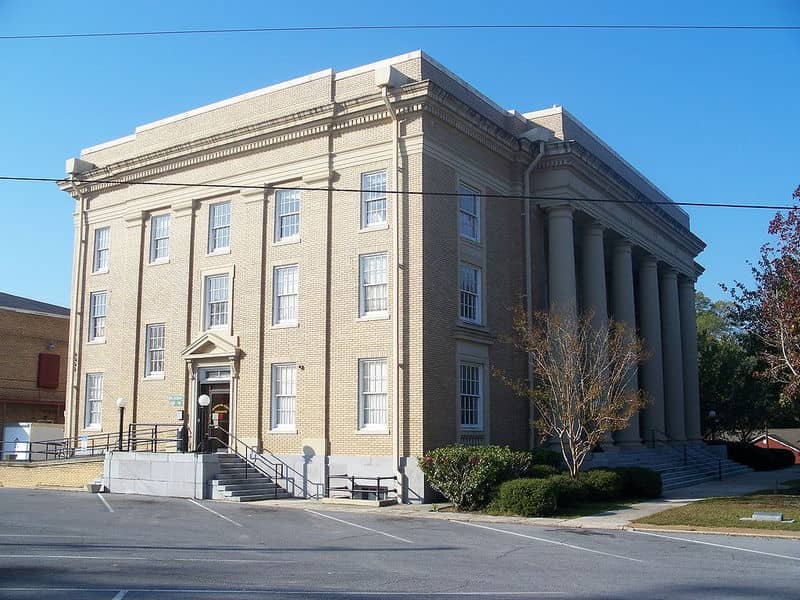 Chipley today is a busy little place that is a living reminder of the way it was in Old Florida.

The city has done a good job of preserving historic buildings and revitalizing their neighborhoods. 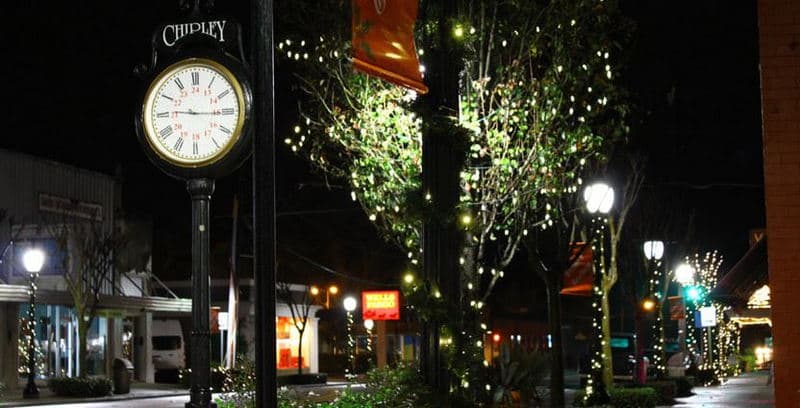 For a small city, Chipley has a nice assortment small businesses in its downtown area.

Where Jackson Avenue and Route77 (Main St.) intersect there are several casual and fast-food restaurants offering a wide variety of menu items at affordable prices.

There are also a surprising number of shops with everything from outlet and upscale clothing to unique gifts and hunting and fishing gear.

One of the interesting downtown businesses is the Main Street Market. It features fresh from the farm produce and other products from the local area.

You can find fresh oysters here in season, along with crawfish and other seafood treats.  They also have a large selection of meats and most anything else you might need. 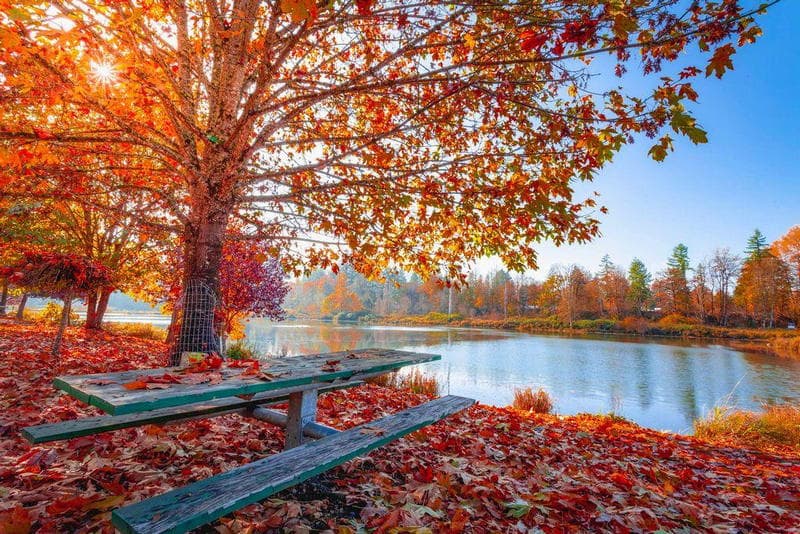 Chipley is far enough north in Florida that it actually has seasons.  The leaves turn colors in the fall, and people crank up their fireplaces in the winter. 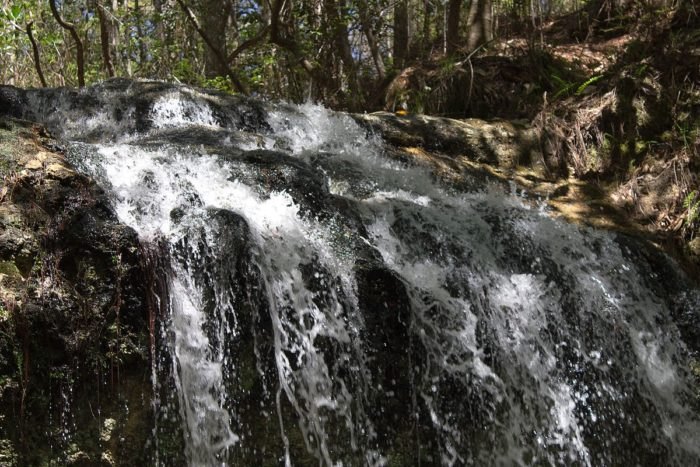 Chipley is only three miles north of Falling Waters State Park.  The park contains 171 acres, and is home to the "Falling Waters Falls."  This 73 foot high waterfall is the tallest waterfall in Florida.

Locate at one of the highest elevations in the state, the park features a butterfly garden, good hiking, a beach and full-facility campground.

A short drive east will take you to another Florida treasure, Florida Caverns State Park, with its stunning and colorful underground caves.

Chipley is a small friendly community surrounded by rural countryside and plenty of nature.  Even so, it is a short drive into the bigger cities if you have the urge.

If you enjoy the outdoors you can fill your days with horseback riding, golfing, boating, kayaking, canoeing, hunting, bird watching or even watching alligators at Orange Hill Gator Farm.

The farm is a five-star wildlife sanctuary and nature preserve a few miles south of Chipley.

ALL ABOUT CHIPLEY, FLORIDA

CHIPLEY THINGS TO DO