Keystone Heights is in Northeast Florida about 25 miles northeast of Gainesville and 58 miles southwest of Jacksonville. It has an estimated population in 2020 of about 1,500.

I first learned about it many years ago when I lived in Jacksonville. It was a popular beach getaway back then and still is today. 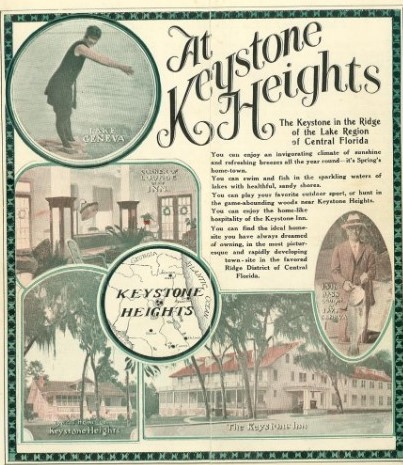 The town is in the far southwestern corner of Clay County, whose county seat is Green Cove Springs which is 30 miles northeast.

Like so many towns and cities in Florida, Keystone Heights began as a development during the Florida Land Boom of the Roaring Twenties.

Before the boom, the area around Lake Brooklyn and Lake Geneva was populated with a small number of settlers.

The small community of Brooklyn was located about one mile north of the present location of Keystone Heights.  It had a small hotel  named the Brooklyn Hotel. 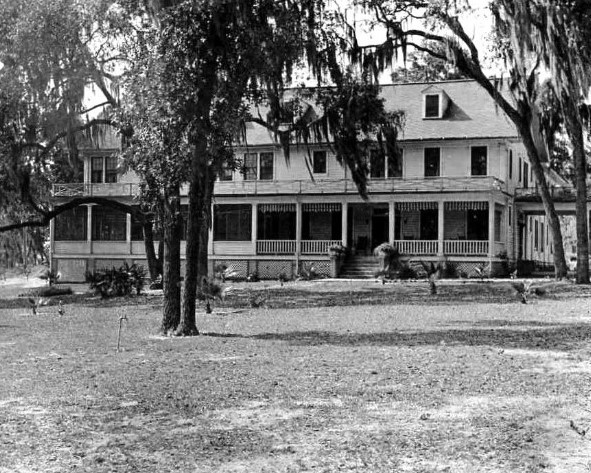 The village of Lake Geneva was established about 1903 on the north shore of Lake Geneva.  The railroad came to town and by 1908 the community had a train depot and a post office.

A minister named John Lawrence liked the area and began to develop land nearby.  He built the Keystone Inn overlooking Lake Geneva as a place that could provide lodging for prospective buyers of his developed land.

Soon after, the City of Keystone Heights was founded in 1924 and was named after Lawrence's home state, Pennsylvania, the Keystone State. 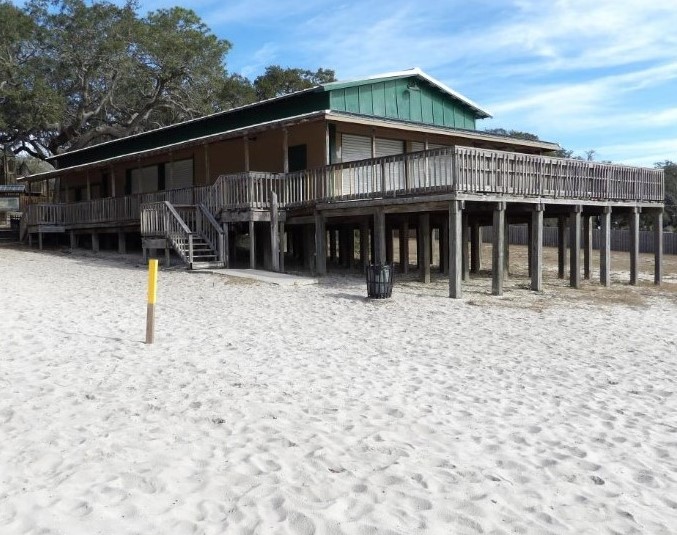 Tourists and locals alike enjoyed the beaches on Lake Geneva.  A pavilion was built that had a band shell for concerts, and a 9 hole golf course was also constructed.

Lawrence's vision for Keystone Heights reflected the ideas of J. C. Penney who developed the community of Penney Farms not far north. 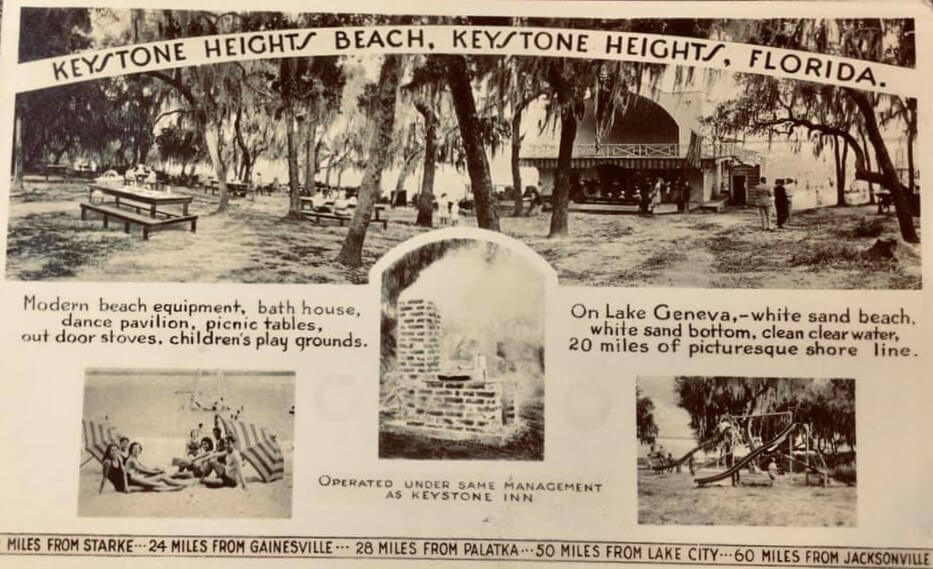 As more people moved to Keystone Heights, it began to attract visitors from the larger cities of Gainesville and Jacksonville.  It became a favorite weekend retreat for many.

Keystone Heights has retained much of its historical charm and laid back nature. It is a quiet town with many nice homes on the shore of Lake Geneva.

The lake is about 1,600 acres and is noted for some good fishing, boating, and swimming and the city provides access points to the lake.

Lake Geneva is slowing drying up, however, due to low rainfalls in the area, development, and seepage into the underlying limestone formation.  Depending on when you visit, you may see more prairie than lake. 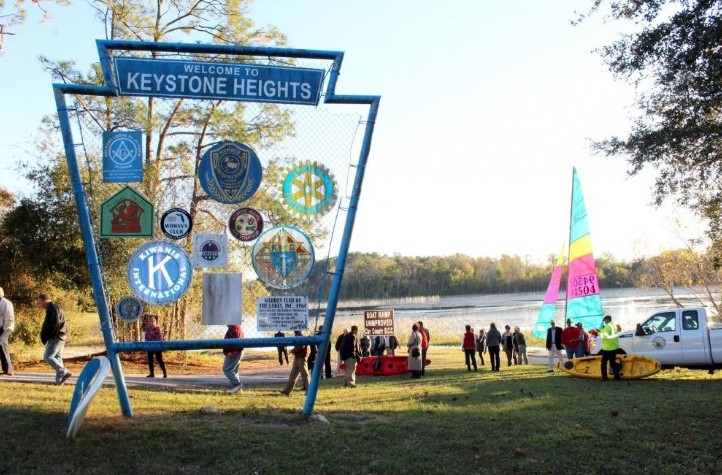 The main business district of Keystone Heights  lies along State Road 100 whose route is northwest and southeast as it passes through the city.

This is not a glitzy city.  It is a place where real people live and work. 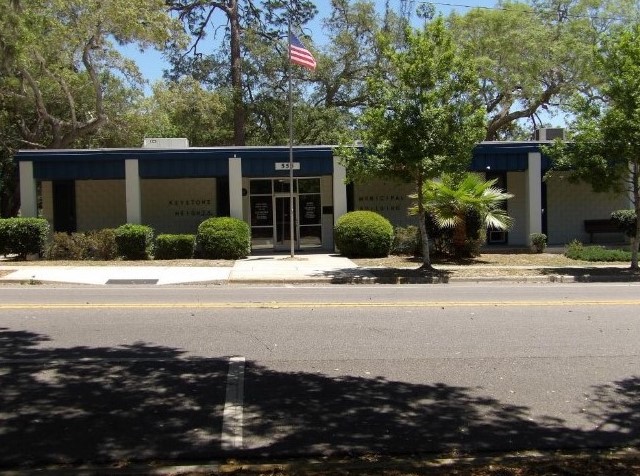 The downtown area has a lot of businesses that attest to the small city's self sufficiency.

Among these are Ace Hardware, Dollar General, Wendy's, medical offices, liquor store, and a bank to keep and protect your money.

The library and city hall are also in the downtown area.

Keystone Heights Junior/Senior High School for grades 7 through 12 is nearby. 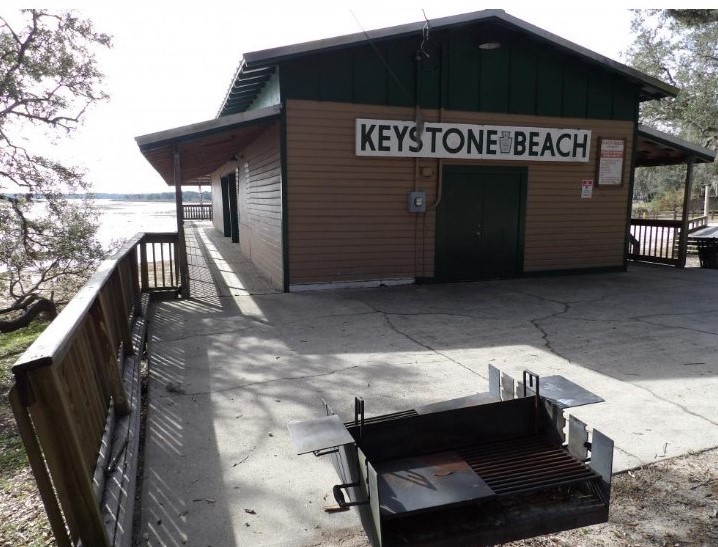 Keystone Heights is a convenient place to park your car and take a hike or a bike along the trail in either direction. 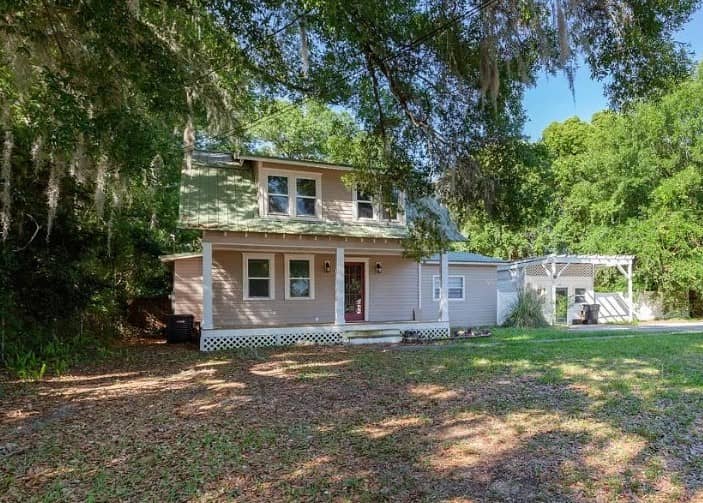 The neighborhoods around the downtown district have nice tree shade streets and well kept homes, some historic and many of newer vintage.

There are also nice well maintained parks in the town.

A large subdivision known as Highridge Estates is on the northeast side of the town.  It is an old development with a mix of paved and unpaved roads and a scattering of houses.

Click on the link below to see one of the best sites I've ever seen about a Florida town, big or small.  It is loaded with historical information and extensive photo galleries of both old and new Keystone Heights.  Many of the photos and much of the information for this article came from this page.

ALL ABOUT KEYSTONE HEIGHTS, FLORIDA

KEYSTONE HEIGHTS THINGS TO DO