Lake Placid, Florida is in Highlands County.  Its nearest big neighbor is Sebring 15 miles to the north through rolling hills and fragrant orange groves along US-27.

It's population is about 2,500 but the nearby surrounding communities raise the actual population to about 21,000 folks who say they live in Lake Placid. 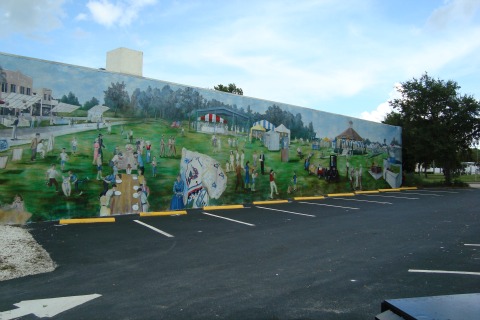 Lake Placid is surrounded by 29 lakes that provide some of the best fishing and water sports available anywhere.

The town was originally called Lake Stearns and was founded in 1925.  It was the center of a large citrus operation started by A. H. Devane, Ernest Morrow, and E. E. Stewart.

Dr. Melvil Dewey, the inventor of the Dewey Decimal System, bought a lot of acreage in the area.

His system is still used in countless thousands of libraries to manage book collections.

He also invented a simplified way of spelling that never caught on.  An example is how he shortened his birth name to Melvil by dropping off the "le." 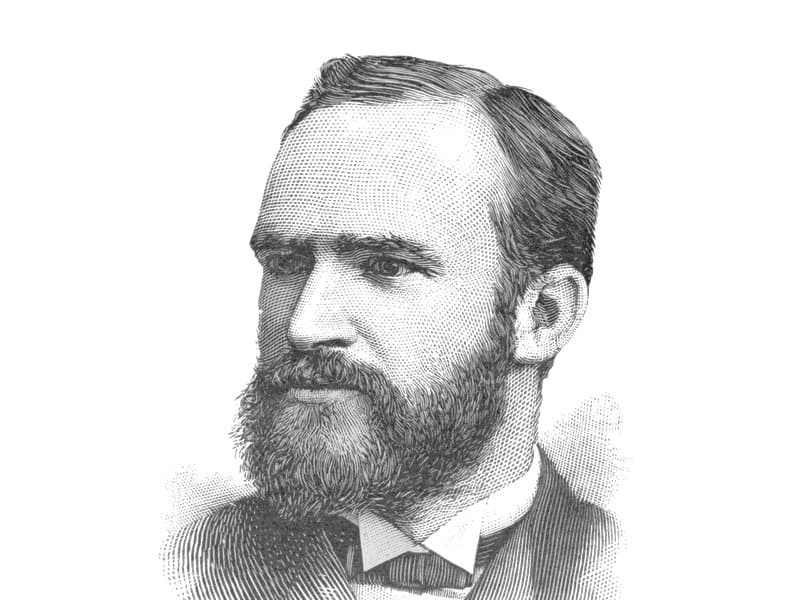 He also briefly used his system to change his last name to "Dui", but finally dropped that idea.

Dewey was the founder of the Lake Placid Club in New York, and convinced the town and state to go along with changing the name of Lake Stearns to Lake Placid.

Citrus is still an important part of the regional economy. 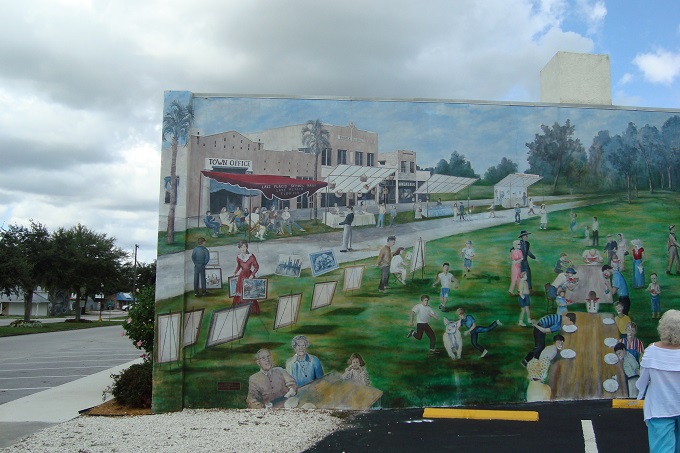 During the heyday of the booming citrus industry, the Lake Placid Tower was built with a fantastic view of thousands of acres of groves and numerous lakes.

The tower still stands, but is no longer open to the public for a trip to the top. 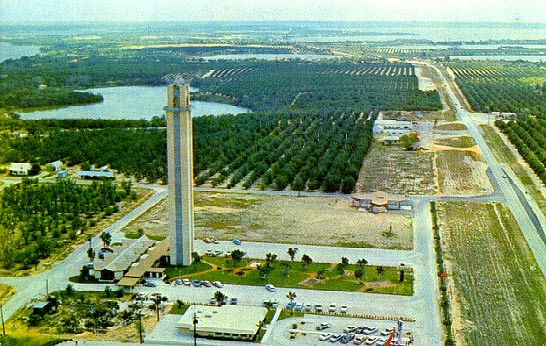 The town is a mecca for Florida mural lovers, with more than 40 murals painted on buildings throughout the town.

These murals transform what was a typical little Florida town into an outdoor art gallery.

The murals depict the history, culture and interesting facts about the area. Found on almost every building in town, they form a free outdoor art gallery.

A visit to the Chamber of Commerce or most retail shops will allow you to purchase a mural guide to get the most from the tour. 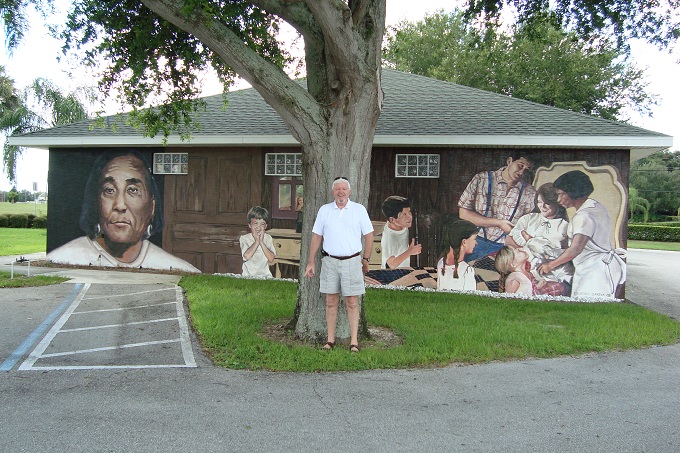 Lake Placid is also famous for producing 90 percent of the world's caladium bulbs.  The town is known as the Caladium Capital of the World.

To celebrate this distinction, the town holds an Annual Caladium Festival. 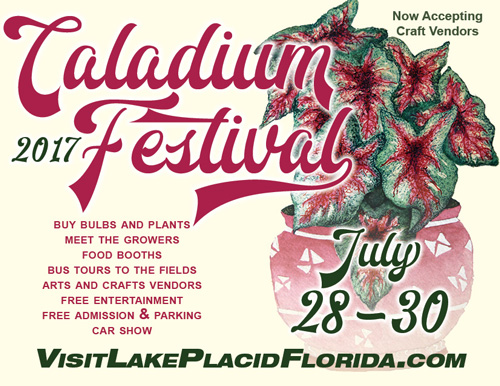 In addition to all things caladium, where you’ll find art, jewelry, and other arts and crafts, as well as plants and bulbs to grace your yard.

If you miss the festival, most growers have bulbs available for sale.

There is usually an antique car show, along with all kinds of caladium competitions.  They even have a swamp buggy display.

Things To Do In Lake Placid Florida

Lake Placid is a good place to start a day trip around the lakes in the area, including Lake Placid and Lake June-In-Winter.

The area has a distinctly charming rural feel although many large residential developments, such as Placid Lakes, sprawl over the area.

Henscratch Farms Winery is west of Lake Placid and is worth a visit. There are also several neat little Mom and Pop type resort hotels along the shore of Lake June-In-Winter making it an appealing vacation destination. 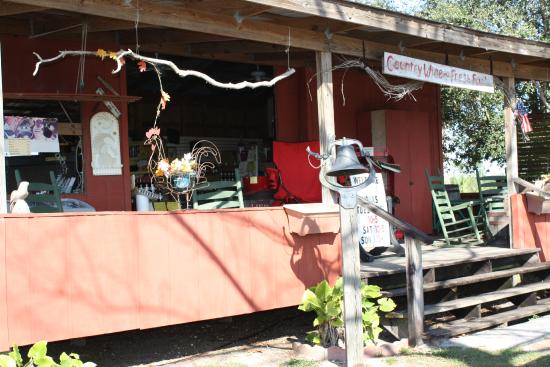 Two other locations draw many visitors: 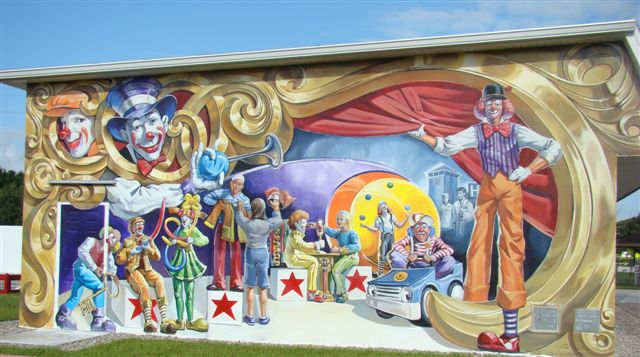 The American Clown Museum and School, where almost 1800 clowns have “earned their noses” to go out and share laughter, love and smiles.

The Lake Placid Historical Society Museum is located in the original train depot and features 4 galleries of local historical artifacts. 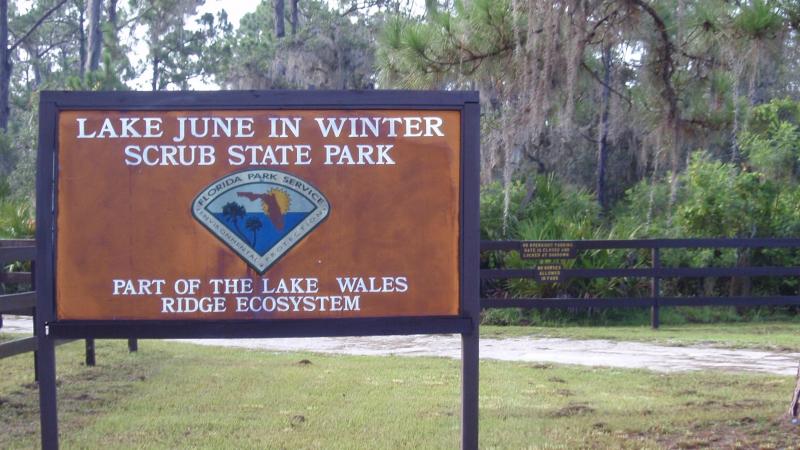 To see Florida in the original state, consider a visit to Lake June-In-Winter Scrub State Park or make time to take a self-guided tour at Archbold Biological Station, where scientists and educators conduct long-term ecological research on native plants and animals.

An interesting day trip is to go south from downtown Lake Placid along SR-17, also known locally as Old State Road 8. It will take you down to the ghost towns of Venus and Old Venus about 12 miles south through rolling grove country. 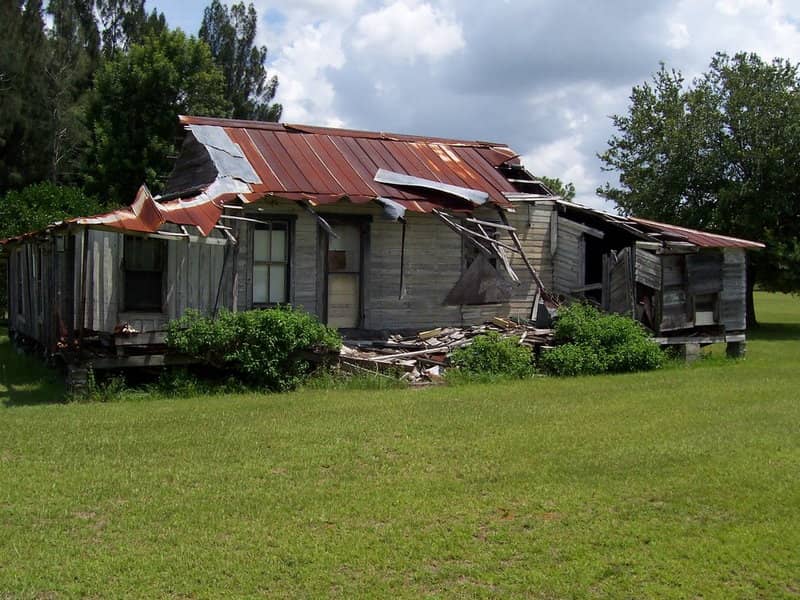 In 2013, Lake Placid was named “America’s Most Interesting Town” by Reader’s Digest, which only showcased what residents have known for years.

From murals to wine to clowns, you can’t help but be charmed by this jewel in the state.

ALL ABOUT LAKE PLACID, FLORIDA

LAKE PLACID THINGS TO DO