Indialantic, Florida Things To Do, Lodging, Dining, & Real Estate At End Of Article

Indialantic is a beach town immediately east of Melbourne in Central East Florida.

It's an imaginative and creative name:  this small town of less than 3,000 is on the barrier island separating the Indian River Lagoon from the Atlantic Ocean. 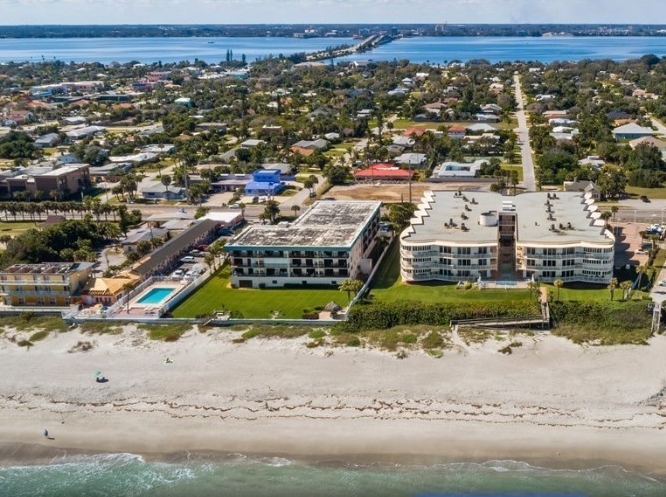 Indialantic View From Atlantic Ocean Across Indian River To Melbourne

Residents of this great little place spend a lot of time explaining to folks that the name of their town is not India-Atlantic.

Even your computer's spell check feature hesitates at letting you type the correctly spelled name.

The founder of the community that became Indialantic was Ernest Kouven-Hoven, who came to America from the Netherlands.

This firm developed properties in Tampa and Melbourne.

He bought a few hundred acres on the barrier island across from Melbourne in 1916 and platted it into lots for sale.

He used his own funds to build a wooden bridge across the Indian River Lagoon connecting his land to Melbourne in 1921. 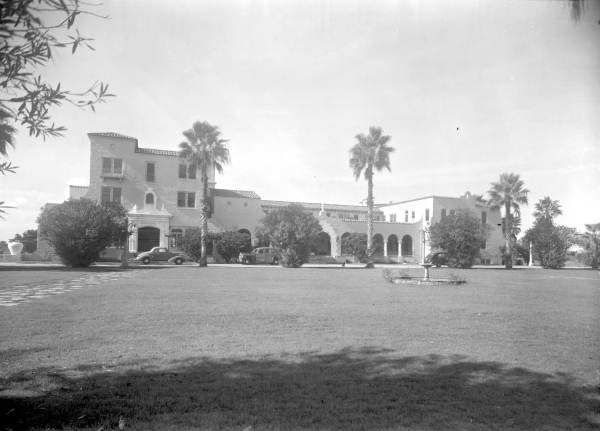 In 1920, Kouven-Hoven built the Indialantic Hotel on what is now South Shannon Avenue.  Its name was later changed to the Tradewinds Hotel. 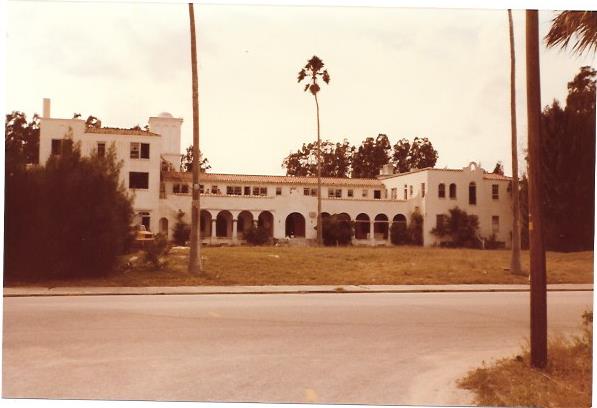 The Tradewinds was demolished in the 1980s and is now the site of a small subdivision, Tradewinds Terrace. 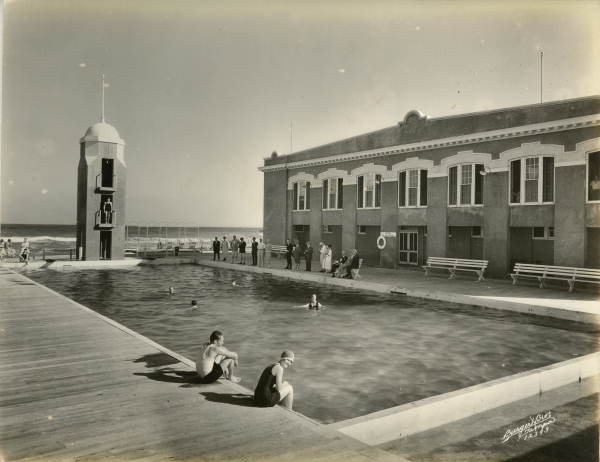 At the ocean end of today's Fifth Avenue, the Indialantic Casino was built on the beach.  Its name was later changed to the Bahama Beach Club.

It's also long gone, and Nance Park is on the site today with plenty of parking and beach access.  It's named for prominent local attorney James Nance.

The Town of Indialantic was formally incorporated as a town in 1952.

The wooden bridge was replaced with a drawbridge after World War Two.

That bridge was replaced with a modern elevated bridge in 1985 to accommodate larger boats passing by on the Indian River Lagoon.

It is known locally as the Melbourne Causeway.

I lived in the Atlantic Beach Motel in a one bedroom apartment from 1977 to 1981. 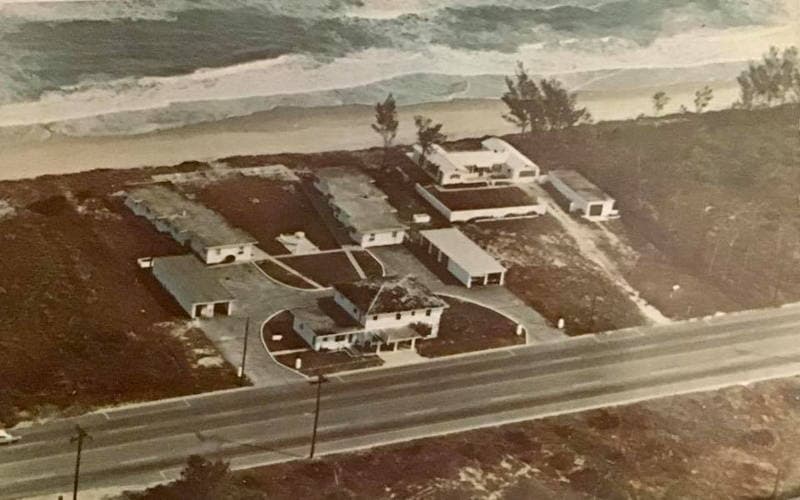 I owned a small engineering and surveying company, and our offices were in the building in the front along State Road A1A.

The motel is still there, has been renovated and is operating today under a different name.

I spent three nights there around Christmas 2019, and it brought back a lot of memories.

I next lived in a condo with an Indialantic address directly across State Road A1A at Paradise Beach Park.

Indialantic is primarily a "bedroom" community of residential houses and condominiums.

Many of the residents work in companies across the river in Melbourne and Palm Bay.

Some even drive all the way up north to Kennedy Space Center.

The main business district in Indialantic is along Fifth Avenue, the thoroughfare that carries U.S. 192 across the state from the west side of Walt Disney World all the way to the Atlantic Ocean.

The Indialantic Boardwalk stretches along the beach at the end of Fifth Avenue and is very popular with both residents and visitors. 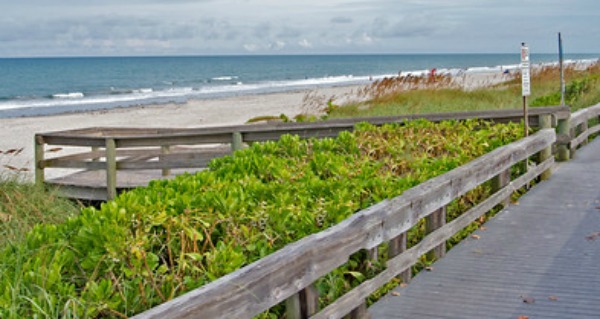 The town is approximately one mile square and bounded on the south by the town of Melbourne Beach.

Quiet residential neighborhoods in the unincorporated area of Brevard County make up the territory north of town.

Just north of that area are the small beach towns of Indian Harbour Beach and Satellite Beach. 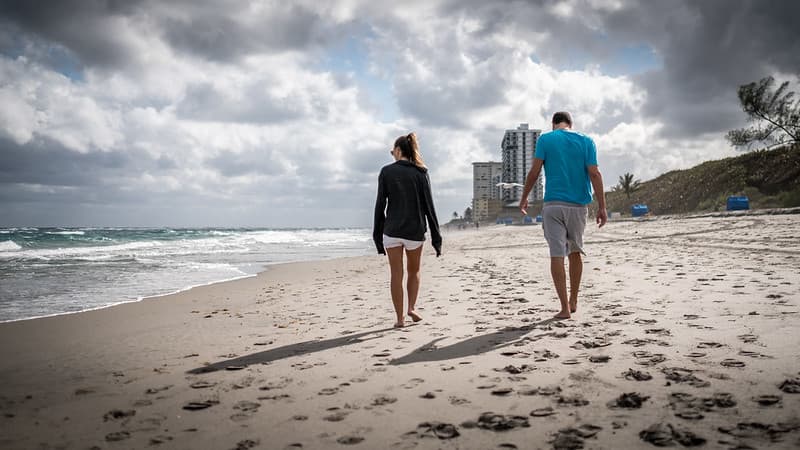 There are a few condominiums and small motels on the ocean north and south of Fifth Avenue along State Road A1A.

You won't see as many South Florida type high rises in Indialantic proper, but they prolificate further north along the beach.

The beaches in Indialantic are like Old Florida used to be:  in quiet neighborhoods with soft white sand and plenty of adjacent parking.

I lived in Indialantic for many years and have a lot of favorite restaurants.  Some are more favorite than others, and Islands Grill is in that category. 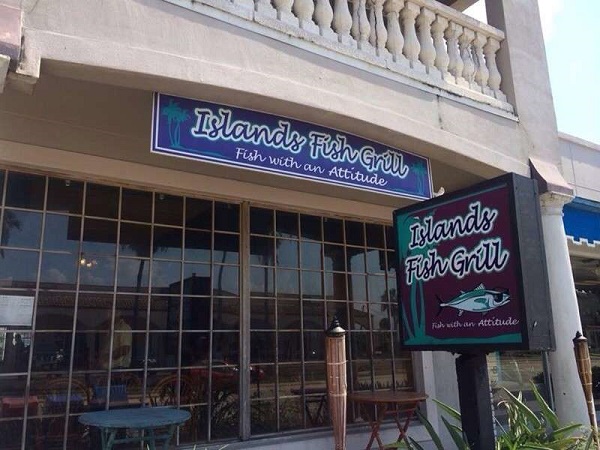 This small restaurant fronts on busy 5th Avenue (US-192) in Indialantic and the parking lot is behind the building on 6th Avenue.

You will enter through the back door of the restaurant and that's where the adventure begins.

Once inside, you will feel at home in this cozy place with two separate dining rooms. This place is so good I recommend you start out with one of their great appetizers.

These include Spicy Thai Chill Shrimp, Oysters, Mussels, and Crab Cake Caprese.  They also have a nice selection of soups and salads if that's the way you like to go. 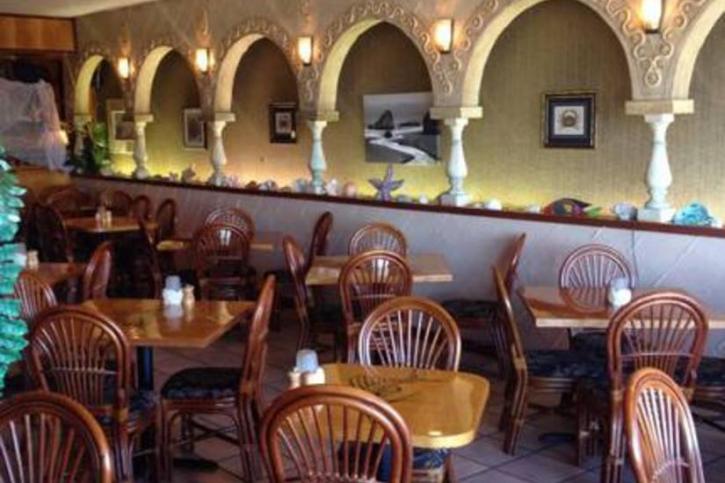 The entrees are fantastic in this small place.  Since seafood is in their name, there are the expected treasures like Onion Crusted Grouper, Scallops and Shrimp seasoned with garlic and butter, Mussels, Crab and Shrimp Fettuccine, and the Crab Cake Caprese Entree.

They always have the fresh catch of the day and you can have it prepared any way you like:  grilled, jerked or cajun, blackened and more.

Landlubbers are not forgotten either.  You can get Mesquite Grilled Chicken and a Filet Mignon.  All entrees come with choice of side orders including vegetables, fried spinach, house cut fries and smoked Brussels sprouts.

My server was friendly, prompt, and knowledgeable. I had a combination shrimp and scallop dinner and it was great. The house Chardonnay was excellent. I will certainly go back again when I'm in town.

Islands Grill is open Monday through Saturday from 5:30 pm to 9:30 pm.  I was able to walk in and get a seat, but seeing the busy tables around me with large parties makes me suggest making a reservation.

ALL ABOUT INDIALANTIC, FLORIDA

INDIALANTIC THINGS TO DO