The history of Florida after the Native American era is quite a bit more recent than most of the states in the eastern and southern states of the United States.

Yes, it's true we have St. Augustine, the oldest continuously occupied city in the United States, but development was extremely slow after that historic founding by the first Europeans in 1565. 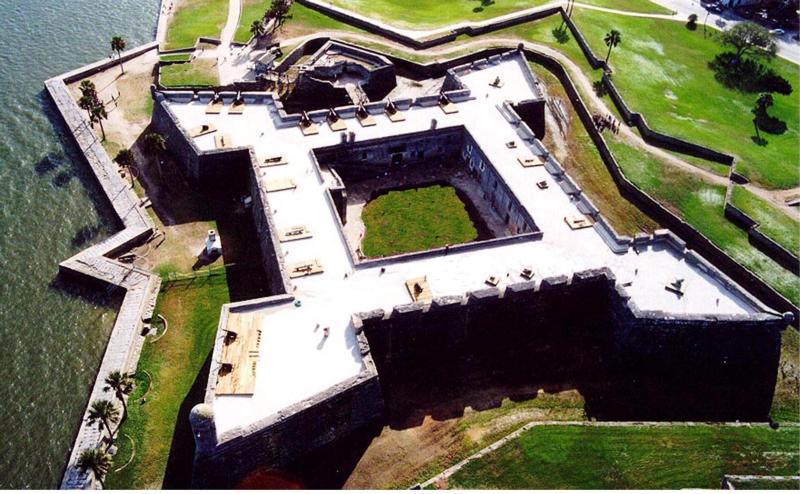 Even though the state is huge with a land area of almost 66,000 square miles, it was sparsely populated.

In fact it wasn't until after the U.S. Civil War ended in 1865 that things began to happen in Florida's history and early settlers began to arrive.

Many of them were from the southern states immediately north of Florida such as Alabama, Georgia, and South Carolina.

Although it is a relatively young state, there is still a lot of interesting history to learn and heritage sites to be visited.

One of the first things that struck me about Florida when I moved here was how young it was compared to the rest of the country.

Most towns and places in Florida (other than Pensacola and St. Augustine) were settled in the years just before and after the Civil War.

Before then, it was a barren state that many people considered to be uninhabitable. 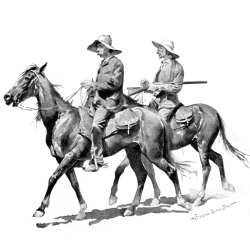 I first lived in north Florida.  These were true southerners, and I learned a lot about Florida and the southern culture from these people.

A good deal of Florida heritage is derived from the Old South, especially in north Florida.

The Florida history timeline begins about 12,000 years ago with the first known human inhabitants.

There were several ancient Native American tribes that lived in Florida thousands of years before the Seminoles arrived.

These tribes are gone, but are remembered in the history of Florida.

There were at least 15 of these tribes in Florida before the Seminoles arrived in the early 1800s. 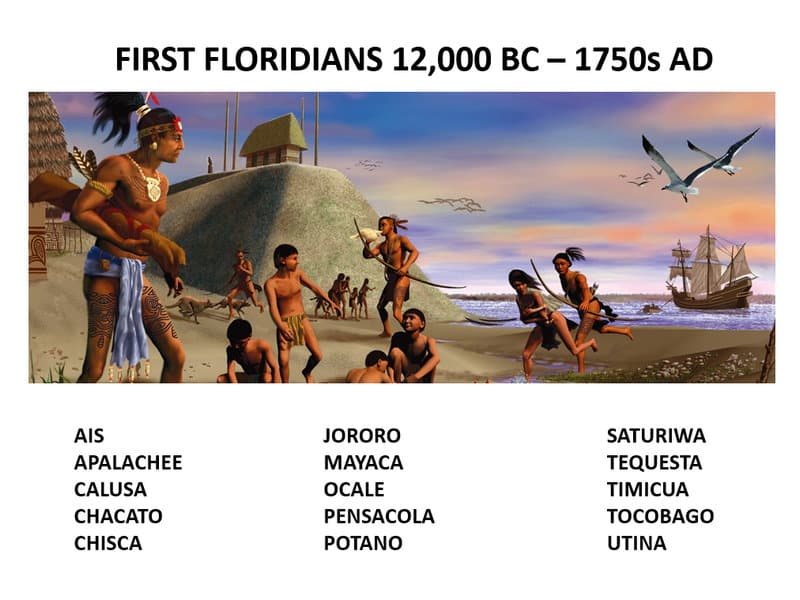 THE PERIODS OF FLORIDA HISTORY

Most historians break this history of Florida down into at least 11 periods:

1. Early human inhabitants, including ancient Native American tribes that were here long before the Seminoles. Some of these include the Ais, Calusa, Tequesta and Timicua.  Today, only the Seminoles remain in Florida.

The French explorer Jean Ribault established Fort Caroline near the mouth of the St. Johns River near Jacksonville in 1565, but it did not survive attacks from the Timicua and the Spanish explorers.

3. First Spanish Period(1565-1763). Spain had total control over the Florida peninsula for almost 200 years.  During this period the Spanish connected St. Augustine to Pensacola and extended their trail westward to California.  The Castillo de San Marcos in St. Augustine was completed in 1695. 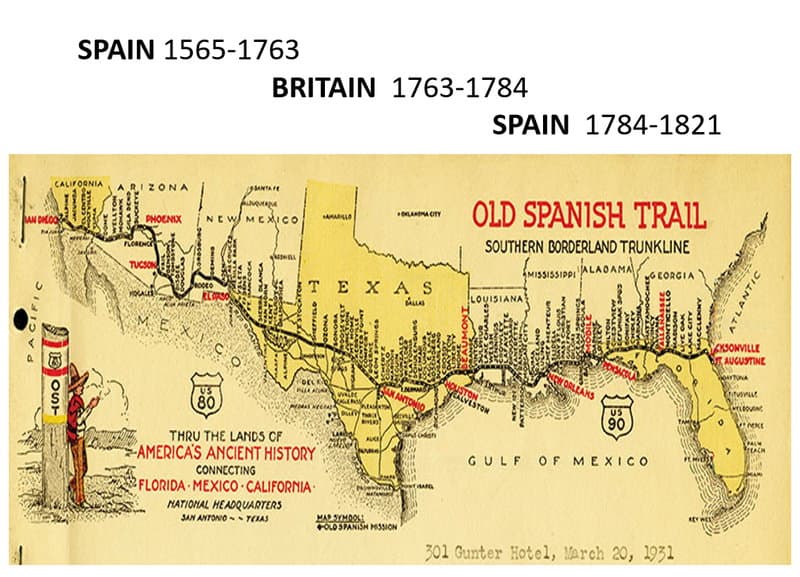 Old Spanish Trail Preceded I-10 and US-90 Through Florida

5. Second Spanish Period(1784-1821). British rule ended and they left Florida after losing the Revolutionary War. The Spanish came back for another try.

6. Territorial Period(1821-1845). Spain gave Florida back to the United States. Andrew Jackson became governor, and Florida became an American territory.  Tallahassee was chosen as the capital because it was about halfway between Pensacola and St. Augustine.

Two of the three Seminole Wars took place during this time.  Many Florida towns have "Fort" as their first name derived from the forts built during these wars. 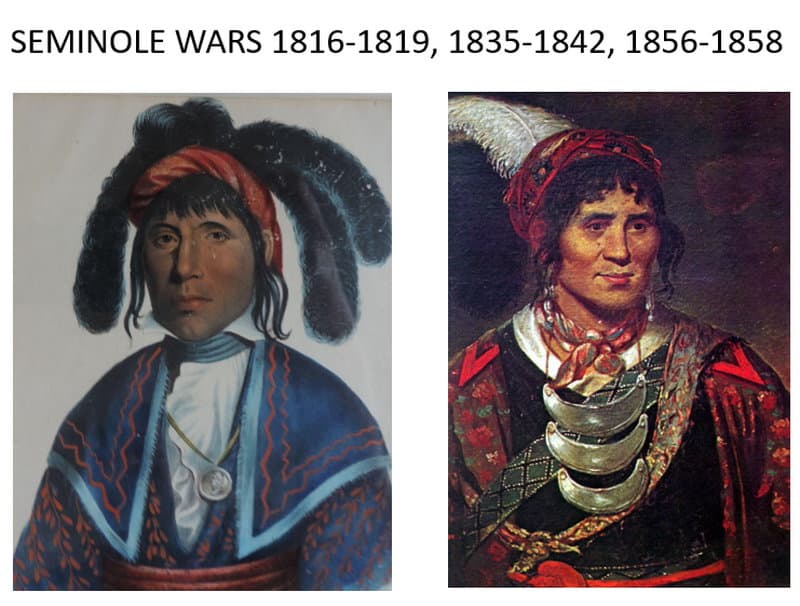 Chief Micanopy on the left and Osceola on the right

7. Statehood(1845-1861). Most of the Seminoles were finally relocated out west, although they never surrendered.  In the 1860 Presidential election, no Floridian voted for Abe Lincoln.  Florida was deeply Southern in culture and sympathies.  Very few supported the Union. 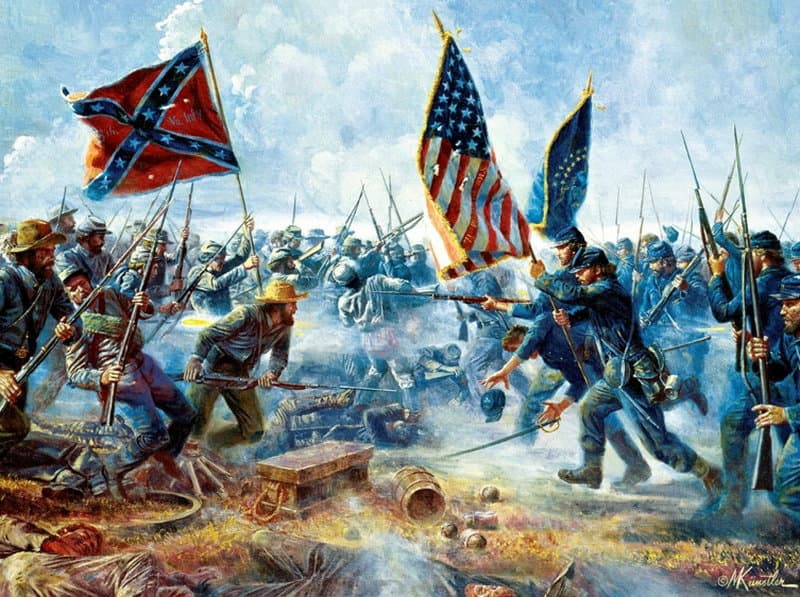 8. Civil War and Reconstruction(1861-1877). Florida was one of the Confederate States of America and was punished for it from 1865-1877 during Reconstruction.  The state was physically and financially devastated.

Major settlement of north Florida took place during this period as families from war torn Georgia, Alabama, South Carolina and elsewhere moved to the state.

Henry Flagler built his Florida East Coast Railway down the Atlantic coast and finally reached Key West in the Florida Keys in 1912.  Henry Plant extended his railroads through Central Florida to West Florida and Tampa Bay.

The citrus industry prospered until the Great Freezes of 1894 and 1895.  Florida became a major cattle raising state.  The state was doing well in the early 1900s, and the 1920s saw a major land boom in Florida with many new towns being created.

10. The Great Depression in Florida(1926-1940). What the sorry economy didn't destroy, the 1926 Miami hurricane did.  The huge land boom of the Roaring Twenties went down with a crash.

11. World War II and the Post-war Boom(1940-2009). Army bases were turned over to Florida cities and counties after the war.  The space program began at Cape Canaveral in the late 1940s.

Martin Marietta opened in Orlando in the 1950s.  Walt Disney World opened in 1971.  Castro's communist takeover of Cuba caused many Cubans to escape to Miami in the early 1960s.  This was followed by the infamous Marial Boatlift in 1980.

Continuous economic growth lasted until about 2008. The first year in which population did not increase was 2009.  The boom continues to the present (2022) with almost 1,000 people moving to the state each day.

Many of the sites and incidents discussed on this page have locations that can be visited in person.  Try this for a start:

The Florida Department of State organizes its heritage sites by theme of the site as well as the county it is located in.  Here are the 23 themes:

Each of Florida's 8 geographic regions has its own interesting history and historical sites, including some on the National Register of Historic Places.

These pages tell you about that history and also show you the registered historic and heritage sites in that region.  All told, Florida has 1,300 such sites. 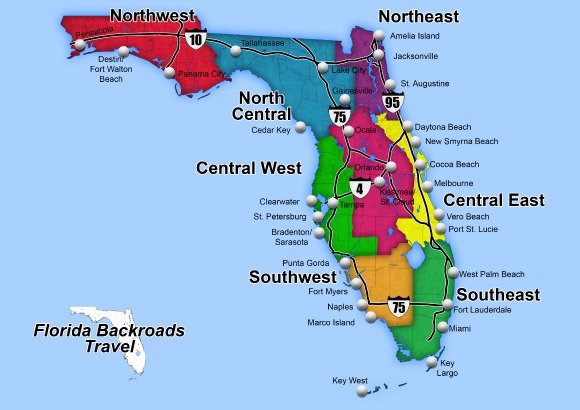 A recent part of the history of Florida is the demise of so many tourist attractions that existed and flourished in the years before Walt Disney World opened in 1971.

HERE ARE SOME OF THESE LOST ATTRACTIONS 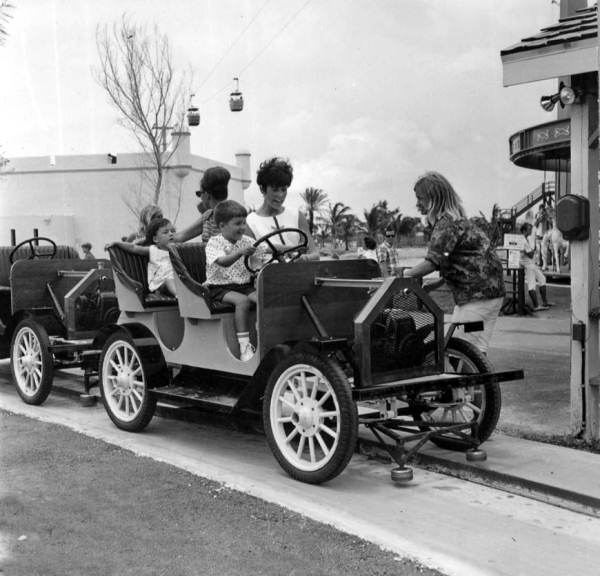 Florida's railroads were a big part of its history in the years after the Civil War and for decades after.  Here is the story of one little railroad: 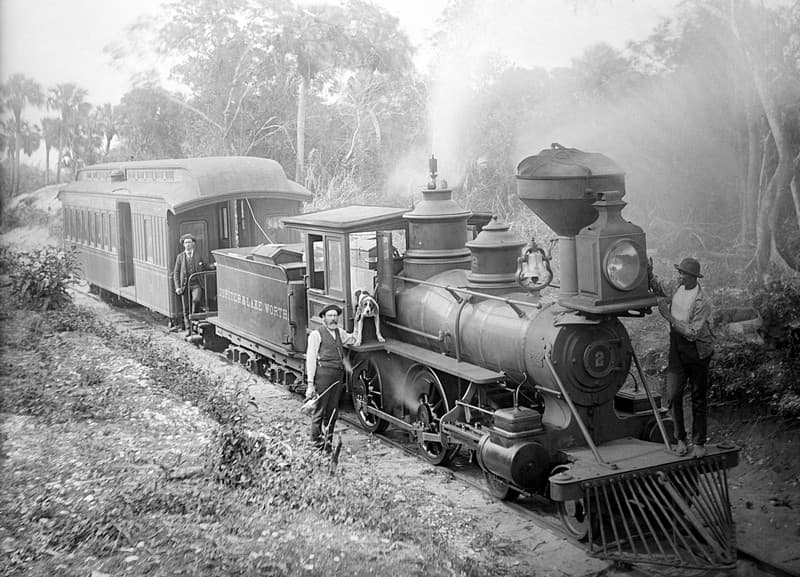 Jupiter and Lake Worth Railway Engine 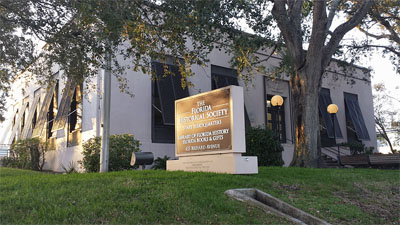 Many of the smaller societies are staffed by volunteers who have an obvious love of history as it relates to their own communities.

The Florida Historical Society is the oldest of these, and is located in Cocoa Village, Florida.

The Cocoa Village office has an excellent resource library and a cadre of volunteers in addition to a very small and efficient professional staff.

Their efforts help keep Florida history and heritage alive; without them we wouldn't know much about what went on before us.

More great resources are the Museum of Florida History in Tallahassee and the Florida Museum of Natural History in Gainesville. 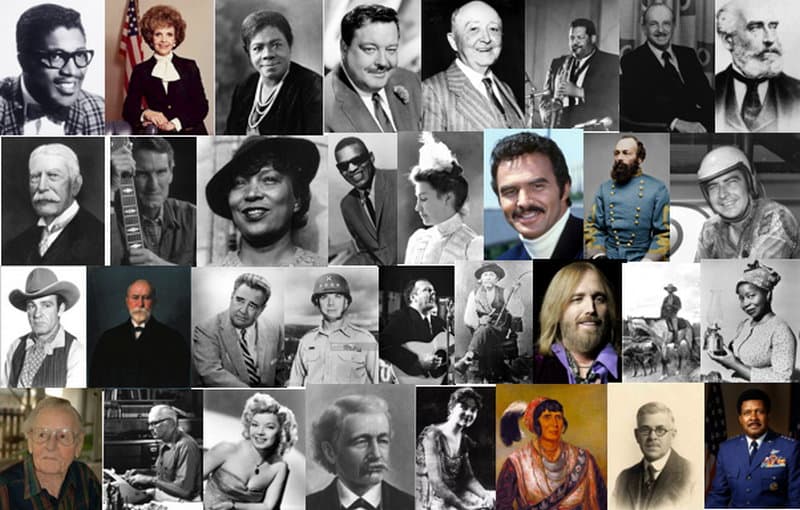 Click on the photo montage above to read about the many men and woman who have had a historic impact on Florida.