OLD FLORIDA TOWNS ON US-90

US-90 crosses Florida from Pensacola on the west to Jacksonville Beach on the east coast.  It's a 377 mile stretch through Old Florida.

US90 Pensacola to Jacksonville Beach 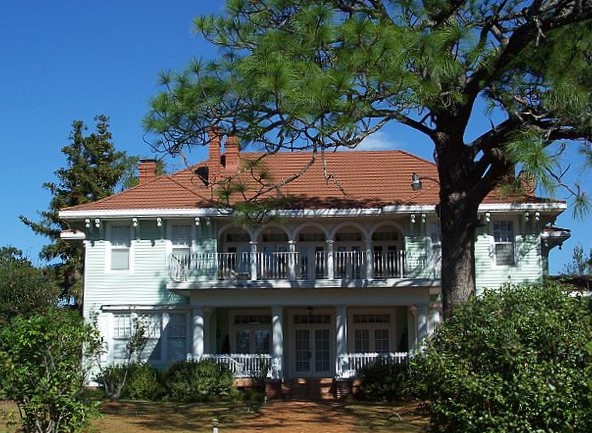 It was old and cheap when I bought it.  If I still had it today, I'd be rich because this model has become a collector's item. 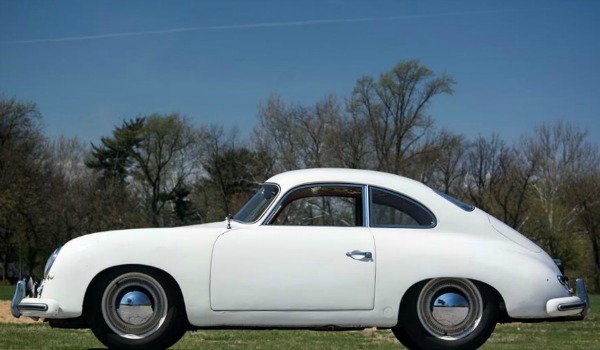 In those days there was no Interstate Highway 10, so I took U.S. Highway 90 all the way to Jacksonville Beach and went swimming in the December ocean.

These are some of the towns I went through.  These towns have changed, of course, but not as much as most towns in Central and South Florida.

Take the memory trip with me and just click on the photo for more information about each town.

PENSACOLA was 450 years old in 2009.  It's location on the northern Gulf coast has resulted in it becoming an important military city.  It also celebrates its history and likes to point out that it was settled before St. Augustine.  Click on photo for info on Pensacola. 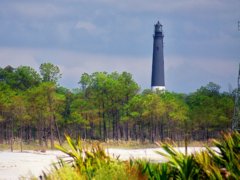 MILTON is one of the oldest cities in Florida and was incorporated in 1844 while Florida was still a territory.  The town has done a great job preserving its history and it offers a clear look into what Old Florida was like.  Click on photo for info on Milton. 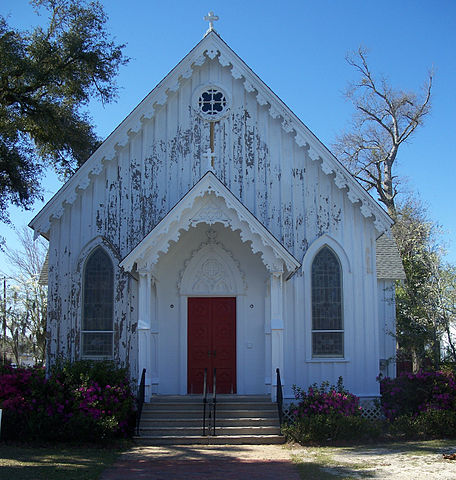 CRESTVIEW is the county seat of Okaloosa County.  It is on some of the highest land in Florida, and was an early railroad town.  It is one of the panhandle's fastest growing areas. Click on photo for more information on Crestview. 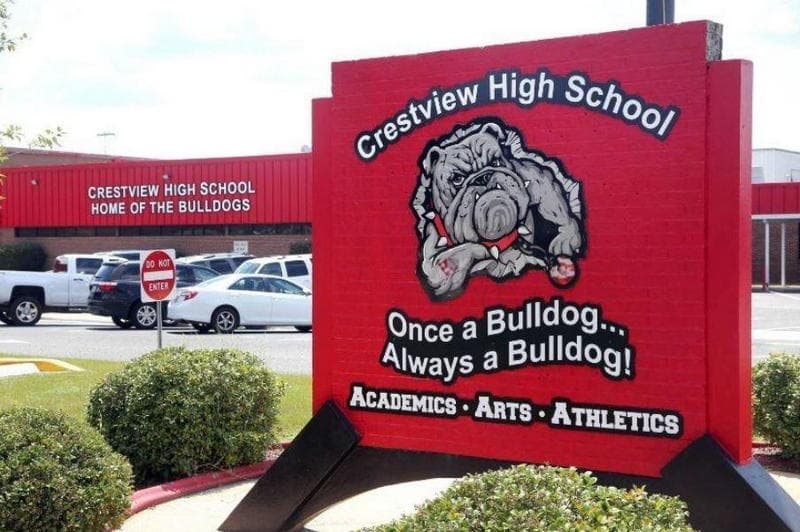 DEFUNIAK SPRINGS is built around Lake DeFuniak, an almost perfectly circular body of water.  The town was the headquarters of the Southern Chautauqua and has many Victorian era homes in the downtown historic district.  Click on photo for info on DeFuniak Springs. 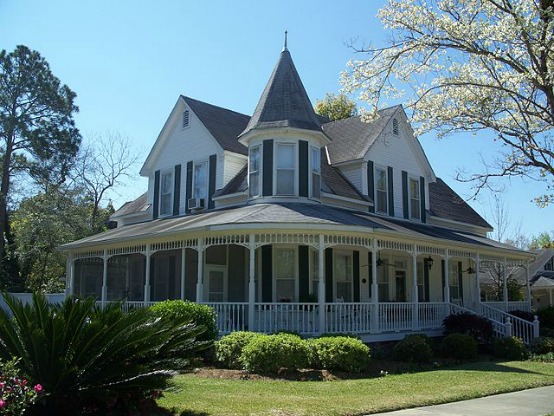 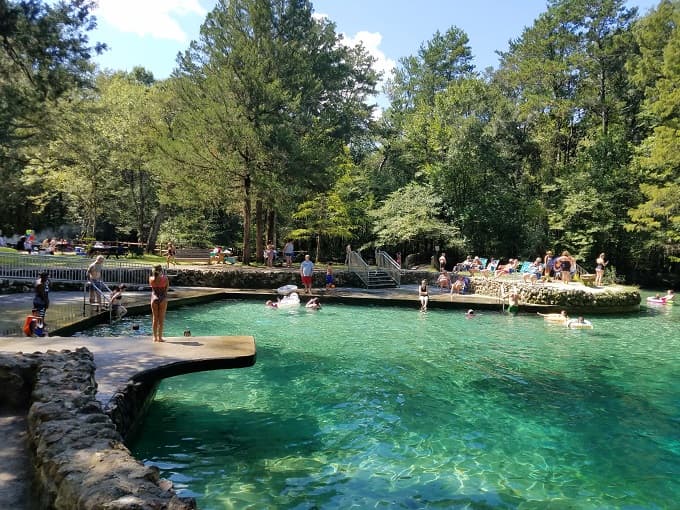 BONIFAY is a town of about 3,000 people that was originally a station on the Louisville & Nashville Railroad.  The town is named for one of the stockholders in the railroad, Frank Bonifay, a Pensacola brick maker.

CHIPLEY is a medium sized town of about 3,600 and is named for William Chipley, who was with the Louisville & Nashville Railroad and a Florida State Senator.  The town has an interesting historic district with well preserved older buildings.  Click on photo for more about Chipley. 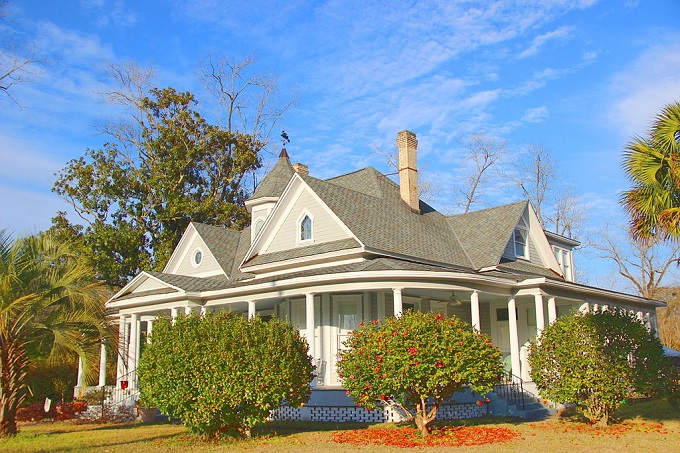 COTTONDALE is a crossroads village of about 1,000 people where US-90 crosses US-231.  It was badly damaged by Hurricane Michael in 2018. 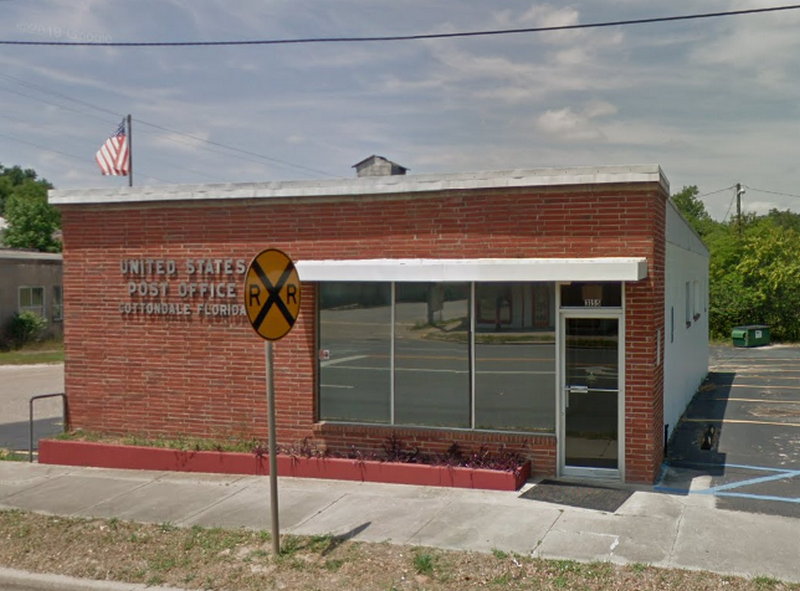 MARIANNA is one of the oldest towns in Florida.  It was founded in 1827.  It is the location of the grave of the Confederate Governor of Florida, John Milton, and was the site of the Battle of Marianna during the Civil War.  Click on photo for info on Marianna. 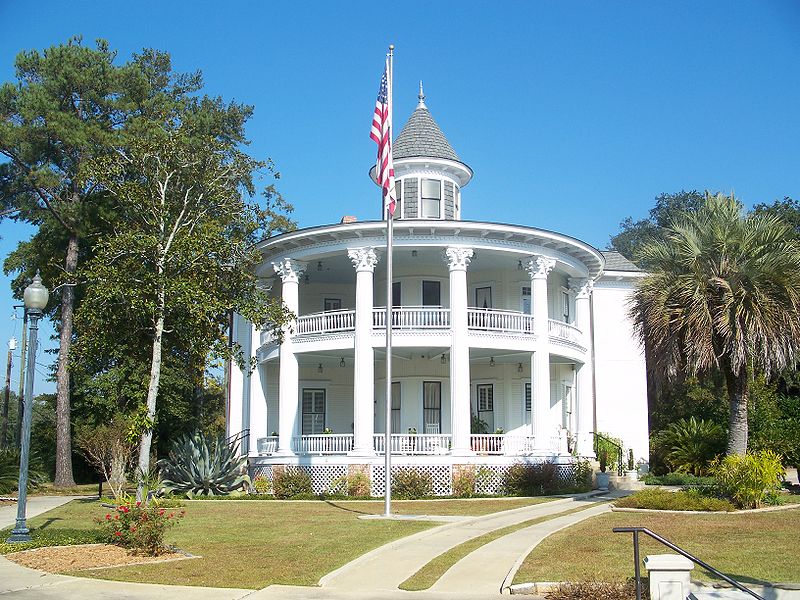 CHATTAHOOCHEE is located where the Chattahoochee River and the Flint River come together to form the Apalachicola River.  For many years it was home to Florida's only mental hospital.  Click on photo for  info on Chattahoochee. 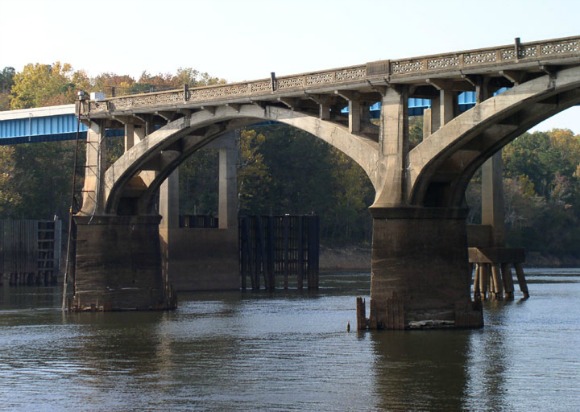 QUINCY has many buildings that date from before the Civil War, and are on the National Register of Historic Places.  The town was once the richest per capita town in the USA because of its "Coca Cola" millionaires.  Click on photo for info on Quincy. 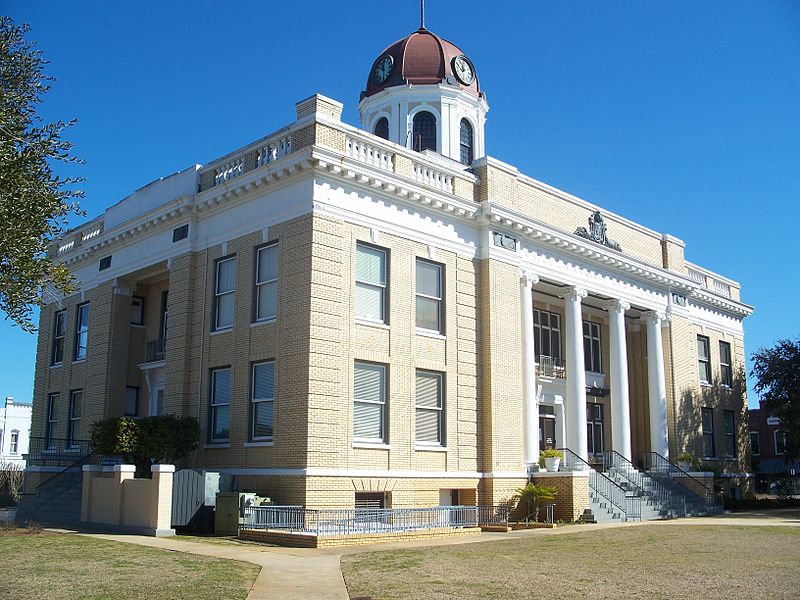 TALLAHASSEE was the site of the Spanish-built Mission San Luis de Apalachee.  This location was chosen because it was halfway between their forts in Pensacola and St. Augustine.  When Florida became a U.S. territory in 1821, Tallahassee was chosen as capital.  It is also the home of two major universities, Florida A&M and Florida State.  Click on photo for info on Tallahassee. 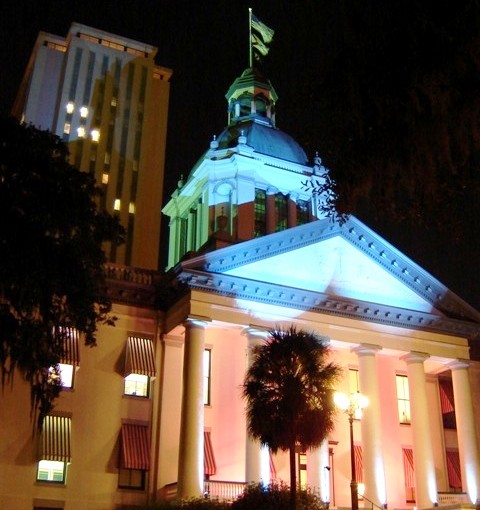 MONTICELLO is one of the oldest Florida towns and was founded in 1827 before Florida was even a state.  The town has many beautiful canopied oak shaded streets and also has many restored pre-Civil War era homes.  Click on photo for information on Monticello. 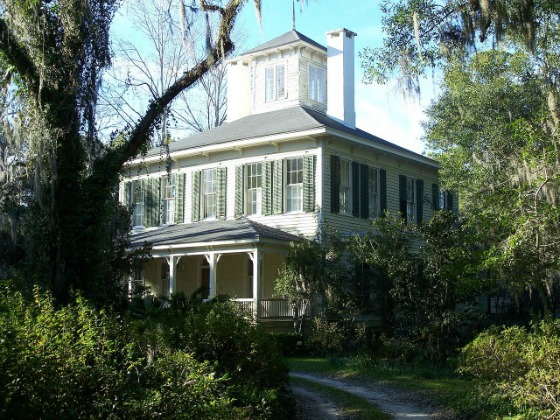 GREENVILLE is a tiny town of about 800 people that is noted for being the boyhood home of legendary musician Ray Charles.  He is memorialized in a downtown park with a statue. Click on photo for information about Greenville and Ray Charles. 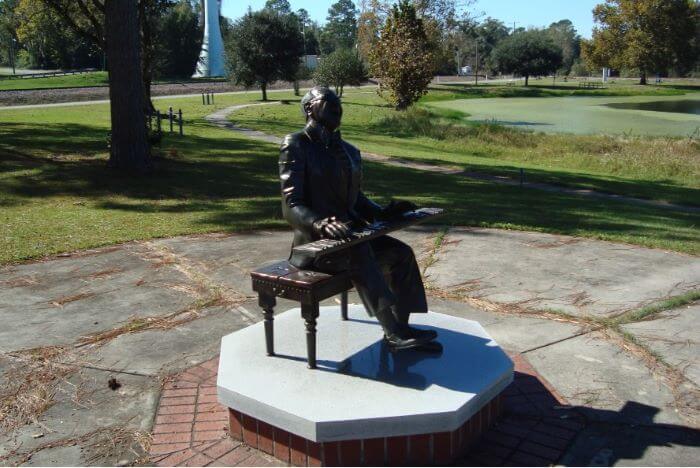 MADISON was founded by cotton planters in 1838 when cotton was king in the old south.  African-Americans were critical to the prosperity of the community.  In 1996, the citizens of Madison raised money to build a stone memorial to those slaves.  Click on photo for information on Madison. 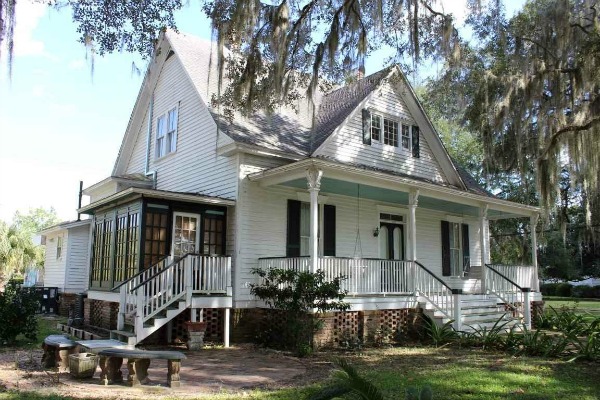 LEE is a small settlement of less than 400 people near Suwannee River State Park.  There are many other towns along U.S.-90 that could be mentioned, but Lee gets credit for their town limit sign. 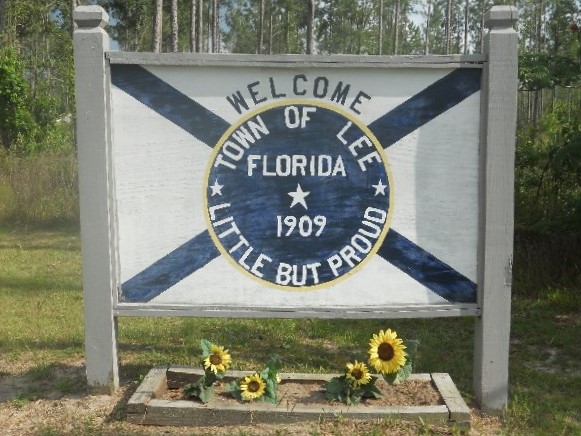 LIVE OAK was founded before the Civil War and has many historic buildings and a lot of large oak trees befitting the name of this small Old Florida town of 7,000 people.  Click on photo for info on Live Oak. 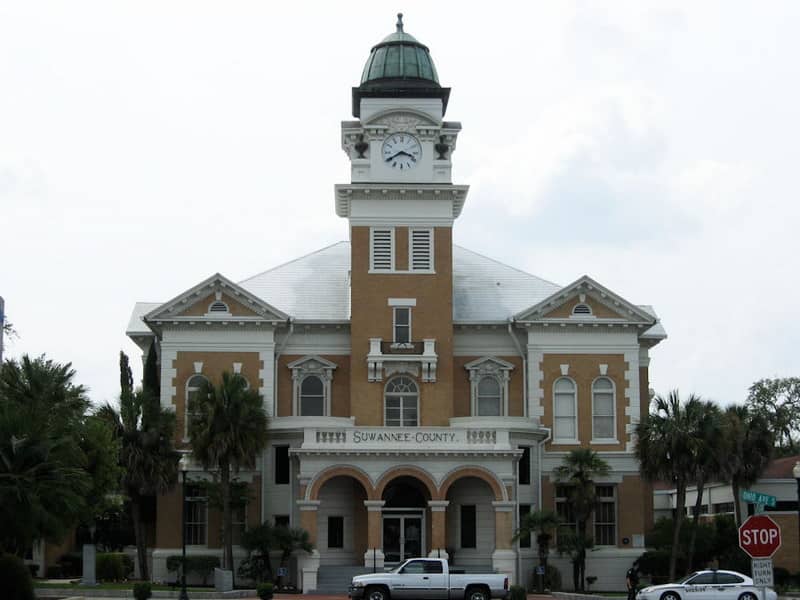 LAKE CITY had a major role in Florida's Civil War involvement. The Battle of Olustee took place nearby and the Confederates lost 946 men killed, wounded or missing.  Each year a reenactment of the battle is staged here.  Click on photo for info on Lake City. 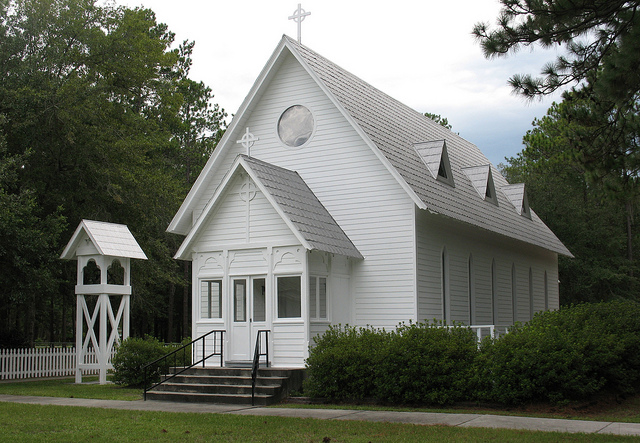 GLEN ST. MARY is a town of less than 500 people.  It is a very old town once the home of a huge nursery exporting Florida plants all over the world.  Click on photo for more info on Glen St. Mary. 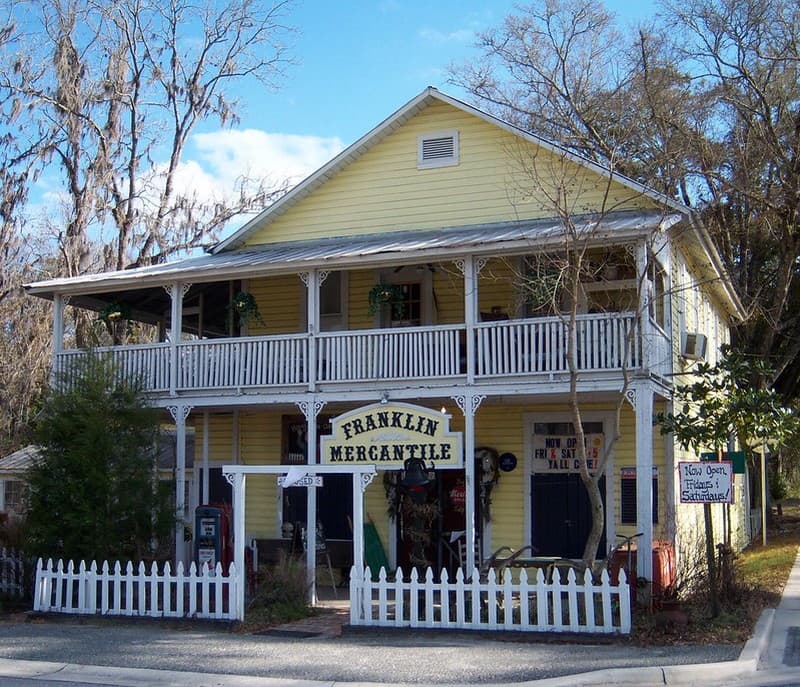 MACCLENNY is a town of more than 6,000 that was once the center of a booming lumber.  There were many sawmills and turpentine stills.  The town is named for Carr McLenny, but the post office would not allow capital letters in the middle of a name.  Hence, Macclenny. Click on photo for more info on Macclenny. 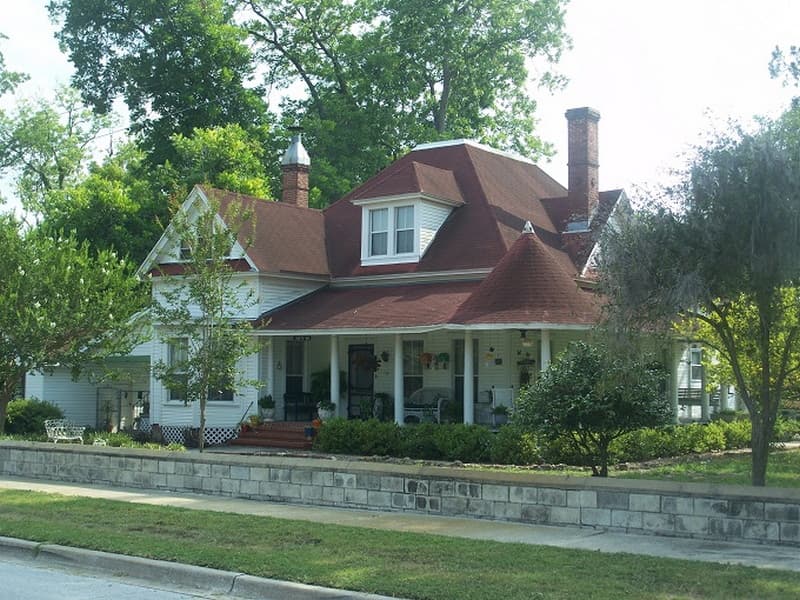 JACKSONVILLE is the major city in Northeast Florida and has a vibrant economy with both heavy industry and insurance playing an important role.  It was also a major city occupied by the Union army during the Civil War.  Jax is a major port on the deep water lower St. Johns River only 20 miles inland from the Atlantic Ocean.  Click on photo for info on Jacksonville.